Kylie Jenner is now vlogging about her lip fillers

Now that Kylie Jenner's come full circle on her famous (or is that infamous?) pout, she's memorializing her "whole lip filler journey" in "vlog" format. Speaking to a fan on Twitter this week, she said she had her hands full with the project. "The vlog is just a whole mess & I've been the busiest I've everrrr been," she wrote. "I'm editing myself. It's about my whole lip filler journey. I hope it comes out soon." Kylie went public with her "lip filler journey" in May 2015, when she finally confirmed she had been tweaking her pucker because of long-held anxiety about the size of her lips. "I have temporary lip fillers. It's just an insecurity of mine and it's what I wanted to do," she said at the time on "Keeping Up With the Kardashians." "I wanted to admit to the lips, but people are so quick to judge me on everything, so I might have tiptoed around the truth, but I didn't lie." By the end of that year, she'd launched Kylie Cosmetics and watched as her Lip Kits started flying off shelves. Last month, she acknowledged she'd ditched the fillers in favor of a more natural look, a change she reportedly made in part because of the new perspective becoming a mom had given her.

They still haven't put a label on the nature of their relationship, but Caitlyn Jenner, 68, and Sophia Hutchins, 22, looked happy to be by one another's side when they arrived together at Kylie Jenner's 21st birthday party on Thursday, Aug. 9, at Delilah in Los Angeles. The rumored couple both went for plenty of sparkle with their dresses for the night out on the town, which may have marked the first time the two were in the same room together with Caitlyn's ex, Kris Jenner. (The Daily Mail notes that Caitlyn and Kris appeared to be carrying the same Gucci purse at the party.) In a recent interview with Variety, Caitlyn politely avoided confirming or denying whether she and Sophia are dating, saying instead that the two "are very close," "do a lot of things together," are "inseparable" and "the best of friends." Last month, Caitlyn and Sophia teamed up for the ESPY Awards and for a fundraising event for Caitlyn's foundation.

Justin Timberlake is releasing a memoir

As he continues his Man of the Woods tour, Justin Timberlake's getting ready to promote a second project — and it's not music-based. Harper Design announced this week JT will release a memoir called "Hindsight & All the Things I Can't See in Front of Me" on Oct. 30, according to Page Six. Co-written by Sandra Bark, the book reportedly delves into "reflections" about the singer's career, stories from his 'N Sync days and tidbits from his experience working on skits for "Saturday Night Live." No word on whether the titular "hindsight" will involve clarity on the iconically bad, head-to-toe denim numbers Justin and Britney Spears wore to the 2001 American Music Awards, but our fingers are crossed that gets an entire chapter of its own.

This spring, Kesha joined artists like St. Vincent, Ben Gibbard and Valerie June in recording classic love wedding songs tweaked to be more LGBQT-friendly for the EP, "Universal Love." Of all the folks who appeared on the album, though, Kesha seems to be taking the most initiative in pro-actively supporting same-sex marriage. She recently traveled to Las Vegas to officiate a wedding for two women in what ended up becoming a key part of the music video for her "Universal Love," contribution, "I Need a Woman To Love." And when a pair of female fans approached the singer about officiating their wedding ceremony this week during the New York City premiere of Kesha's new doc, "Rainbow: The Film," she happily told them she'd love to do it. According to TMZ, she also put them in touch with her scheduling team. The wedding will mark Kesha's fourth experience tying the knot for a same-sex couple. Universal love, indeed!

Looks like Khloe Kardashian and Kim Kardashian West never quite gave up hope Kourtney Kardashian, could reunite with her ex, Scott Disick someday. In multiple posts from Kylie Jenner's 21st birthday party on Thursday, Aug. 9, Khloe and Kim ribbed their newly single, oldest sis about her relationship with Scott, which has revolved around their co-parenting duties since they split in 2015 after nine years together. Snapping a cute shot of Kourtney a Scott sitting together at the bash, Khloe wrote "a girl can dream" across the image. Kim seemed to be similarly wistful when she posted a video of the exes and joked, "Oh, just like an old married couple, on your phones." Unfortunately for Kim and Khloe, however, Kourtney's recent split from Younes Bendjima probably doesn't mean she's running back into Scott's arms, particularly given the serious nature of Scott's relationship with Sofia Richie. "Scott will always love and be there for Kourtney and is just happy that they are on good terms for the sake of their kids," a source tells Us Weekly. "He has Sofia and doesn't want to be bothered with any drama."

Cynthia Nixon might not be the only Hollywood celeb New Yorkers can vote for in the coming months. According to Page Six, Richard Gere's activism work in New York State's 18th Congressional District has made him an appealing potential replacement for Sean Patrick Maloney, who will give up his seat in the House if he wins the Democratic primary for State Attorney General in September. "Richard Gere's name is being whispered about among Democrats. We'll see what he's made of," says Middletown, New York, Mayor Joe DeStefano, adding, "The bottom line is I want to elect a Democrat to kill the Trump agenda." Ellen Kearns, assistant secretary of the Westchester County Democratic Party, also thinks the 68-year-old actor and Westchester resident could have what it takes to find a spot on Capitol Hill. "Richard is real fun," she gushes. "On Election Day he comes up to each election inspector and personally thanks us for our work." There's one key person who's unlikely to cast a ballot for the screen legend, though — his wife. Richard and Alejandra Silva, 35, are reportedly expecting their first child together. Maybe not the best time to start adding trips to Washington, D.C., to an already packed schedule!

Harvey Weinstein has some celebrity company as he waits for the Los Angeles District Attorney's office to decide if it will bring sexual assault charges against him. "A sexual assault case was presented yesterday by the Los Angeles Police Department involving Steven Seagal," a spokesperson for Los Angeles County District Attorney Jackie Lacey tells Deadline Hollywood. "It remains under review. Additionally, LAPD presented a sex assault case yesterday involving Anthony Anderson. It also remains under review." The D.A.'s office has not yet indicated how close it is to making a call on the potential charges against the actors and former producer, who has pled not guilty sexual assault charges in New York City, according to Page Six.

Could James Gunn return to Disney for "Guardians of the Galaxy 3"? Insiders tell Page Six that execs at Marvel Studios are trying to get Disney to compromise and rehire the writer-director for the next edition of the successful franchise despite Disney's public dissolution of its relationship with Gunn. Disney also reportedly wants to get the next film in the can fast, so the whole situation could be resolved sooner than later. The rumored Marvel-Disney talks come after the "Guardians" cast spoke out in support of Gunn, whose offensive — and in some cases, decade-old — tweets about subjects including rape and pedophilia surfaced this summer, courtesy of a handful of conservative outlets including The Daily Caller. "The offensive attitudes and statements discovered on James' Twitter feed are indefensible and inconsistent with our studio's values, and we have severed our business relationship with him," Walt Disney Studios chairman Alan Horn said in a statement at the time. Gunn has apologized for the tweets and multiple cast members have vowed to bail on "Guardians 3" if it's made without Gunn. Page Six reports that an unnamed "studio chief" wants to tap Gunn for a project with his organization.

Mariah Carey's fans in Australia and New Zealand are in for another disappointment. After rescheduling dates in both countries from February to October, she announced on Thursday, Aug. 9, that she was canceling them again because of a schedule conflict related to new music she says she'll debut before 2019. "It is with much regret that I am unable to visit Australia & New Zealand later this year, however I promise to find new dates soon," she said in a statement (via E! News). "I've been working away on new music and I cannot wait to share it with you later this year." The event management company handling that leg of the tour said ticketholders would be fully refunded.

Cardi B is 'struggling' with postpartum emotions

Cardi B loves her new role as a mom so much she canceled on a planned tour with Bruno Mars. That doesn't mean motherhood's a walk in the park, though. In a new Instagram post, the rapper admitted she was having a rough time with her emotional health since welcoming her daughter, Kulture, with Offset. "This postpartum s— is annoying," she griped in the post. "Like, I been emotional all f—— day for no reason." A pal close to Cardi tells E! News her experience "has been an up-and-down adventure," adding: "She loves being a mom, but has definitely struggled this past month." 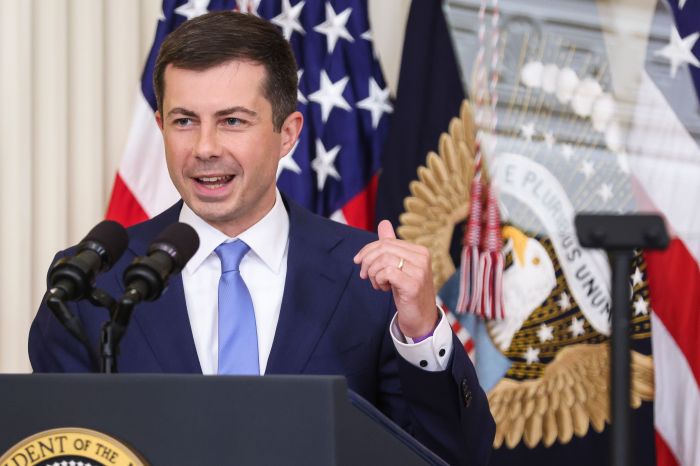