Leonardo DiCaprio has a long and storied history of dating much younger models over the course of his 44 years, but his current romance — with 21-year-old model, Camila Morrone — is starting to seem like a keeper. The couple was spotted together at Coachella multiple times over the weekend, according to the Daily Mail. And while Leo generally stuck with his go-to invisibility cloak of a hoodie pulled way down over his eyes and a baseball hat (another photo showed him in a hoodie with a bandana over most of his face), Camila appears to be getting comfortable showing affection for her rumored beau in public. The Mail reports that as the two chatted with friends on Friday, April 12, the Argentinian beauty "lovingly petted" her man and "stroked his neck and the back of his head." Though they were first linked romantically a little over three years ago, the two have known each other much longer, thanks to Camila's mom's romance with Leo's close friend, Al Pacino. Last summer, shortly after her 21st birthday, Leo and Camila were rumored to have considered getting engaged.

While the rest of 'NYSYNC was onstage with Ariana Grande for a surprise Coachella performance on Sunday, April 14, Justin Timberlake was either heading home or simply recovering from the end of his 115-show Man of the Woods tour. "You guys killed it last night," he captioned a pic of Ariana with the rest of his group. Before sending his love to the band and their Coachella host. Meanwhile, Justin's wife, Jessica Biel was feeling more than a little emotional about the fact that his tour was coming to an end. "Hey Tennessee kid. I'm being quiet because you're in the next room," she said in a video on Instagram ahead of his final performance. "It's your last show, it's the last Man of the Woods show tonight. And I would say that I'm so proud of you but I feel like that's the understatement of the century and that somehow that I take ownership to what you've done this past year and a half," she continued. "I just am in absolute awe of you every night to see you up there in your glory, doing what you've been put on this Earth to do. You inspire me, you inspire [our son] Silas. You inspire everyone around you — all of your fans, all of your friends and family — to work as hard and as with so much passion as you do. You are truly a sight to behold. I'm so happy that you're going to get some time off. I'm so happy for you and for us." Before signing off, she shared one more sweet thought, saying, "And I'm also, I'm so sad that I won't be able to see you up there again for a while. You make my heart burst with joy and love when I see you doing your thing, baby. I'm your No. 1 fan, I love you." Justin and Jessica wed in 2012 after five years of dating.

Will Cardi B ever end her Nicki Minaj feud? We're going with 'no'

Um … You can stop holding out for that Cardi B/Nicki Minaj kiss-and-make-up show you've dreaming about. Over the weekend, Cardi stopped by the Swisher Sweets Artist Project Awards, where a Variety reporter on the red carpet asked if she could imagine letting bygones be bygones and not only ending her feud with Nicki but sharing a stage with her. Luckily the Q&A moment was captured on video. Because as the reporter spoke, Cardi simply stared at him for a while, her face frozen in what we presume was unblinking horror, until he finished his thought. Then she just began to cackle. It was a good, long cackle — not unlike the heel on the red shoe Cardi threw at Nicki last year at a New York Fashion Week party …

Looks like Gwen Stefani and Blake Shelton are still taking their style cues from one another. On Sunday, April 14, the loved-up pair hit Craig's in Los Angeles for dinner with their pal, singer Luke Bryan. While Blake donned jeans and a blue button down, Gwen grabbed a similarly denim-and-blue ensemble for their night out, opting for a denim miniskirt and a jacket with hints of more blue denim on the sleeves. According to ET, the pair shared plenty of giggles with Luke on the way home — some of which Gwen documented on her Instagram Story.

As Justin Bieber continues to work on his mental and emotional health, his wife, Hailey Bieber, is working on some new revenue streams for the pair. TMZ reports the model's company recently filed a trademark application for "Bieber Beauty." According to TMZ, she plans to use the name on a line of beauty and cosmetics, presumably to compliment the "Hailey Bieber" clothing line she requested to trademark in October.

A week after undergoing a "D&C," the surgical procedure recommended after a woman miscarries in the first trimester of pregnancy, Hilaria Baldwin is slowly getting back to yoga. "I'm being super gentle with my body right now, considering what it has just been through… but I start getting stiff and uncomfortable due to lack of my typical movement," she posted on Instagram on Sunday, April 14, sharing a video that showed her stretching on the floor of her home. She went on to explain she was doing "some light stretches," saying they've helped her feel better as she recovers. "They feel good and I think you may like them too #letsmove2019 …and yes: Carmen likes to peek," she wrote. Hilaria posted about her miscarriage almost from the moment she realized something was wrong, about two weeks ago. The baby would have been No. 5 for Hilaria and her husband, Alec Baldwin. The couple are already parents to Carmen, Rafael, Leonardo and Romeo.

Bebe Rexha finally understands the cause of the depression and anxiety she's struggled with for years. On Monday, April 15, the singer announced she has bipolar disorder. "For the longest time, I didn't understand why I felt so sick," she tweeted (via Us Weekly). "Why I felt lows that made me not want to leave my house or be around people and why I felt highs that wouldn't let me sleep, wouldn't let me stop working or creating music. Now I know why … I'm bipolar and I'm not ashamed anymore. That is all. (Crying my eyes out)." On the plus side, she's using her situation to fuel her music. "This next album will be favorite album ever because I'm not holding anything back," she added. "I love you all very much. And I hope you accept me as I am."

Al Roker's interest in the weather goes deeper than the forecasts he shares on "Today." As he recently shared with People, Al's determined to bring more awareness to climate change, which the World Health Organization has predicted will cause a "tipping point" situation soon that's like to begin causing some 250,000 deaths a year from 2030 to 2050. That's why he recently traveled to Utqiagvik, Alaska. Widely considered "ground zero for climate change," the Alaskan town is, according to Al, "warming twice as fast as the rest of the world." In a phone conversation during his trip in March, Al explained more about how trapped fossil fuel emissions in the atmosphere have caused extremely high temperatures that in turn are causing the ice in the Arctic to melt. "It's real," Al warned. "We are looking at extreme weather and extreme swings in weather. We are looking at greater drought, an increase in the number of 3-inch or more rainfalls, rapidly intensifying hurricanes and greater and stronger snowstorms." He also noted that the melting ice is related to the increased number of dangerous storms we've seen in recent years. "With less ice, the wide open Arctic Ocean absorbs more radiation, which means our oceans are warming faster, which sends more moisture into the atmosphere and provides greater fuel for stronger storms — no matter where you live," he said. He also urged fans to follow in the footsteps of cities and states that have vowed to reduce their carbon footprint in spite of Donald Trump's termination of the country's involvement in the 2015 Paris Climate Accord, to alert their representatives that they'll vote based on climate change policy and to conserve water, quit leaving unused lights on and unplug appliances whenever possible. Asked if it's even possible at this point to change what's happening with climate change, Al said that because he's "an optimist," "until somebody tells me we have [passed the 'tipping point], I believe that we can still make a difference."

"Movie jail." That's how Keanu Reeves describes the treatment he received from Fox after he turned down an offer to star in "Speed 2" following the blockbuster success of its predecessor, "Speed." In a new interview with GQ, the 54-year-old says his decision to perform "Hamlet" in a production in Winnipeg, Canada, instead of making the sequel made him persona non grata at the studio for a decade. "I didn't work with [Fox] again until 'The Day the Earth Stood Still,'" he recalls. As People reminds us, Keanu told Jimmy Kimmel in 2015 there was a perfectly good reason he wasn't interested in "Speed 2." "I didn't get to be in that. Well, I decided not to be in that," he said at the time. "I loved working with [director] Jan de Bont and Sandra, of course. It was just a situation in life where I got the script and I read the script and I was like, 'Ugh.' It was about a cruise ship and I was thinking, 'A bus, a cruise ship…' Speed,' bus, but then a cruise ship is even slower than a bus and I was like, 'I love you guys, but I just can't do it.'"

The Game could be in a seriously precarious financial position in the near future. According to The Blast, Priscilla Rainey, who won a $7 million judgement against the rapper in a sexual assault suit, has asked a judge for access to "all rights, title, and royalties to any money or payments owed to The Game" until he's paid off the fine. The rapper has denied Rainey's allegation that he "forcefully" reach under her skirt and groped her during production of the reality show, "She's Got Game." In court documents, she says The Game has yet to make one payment toward the $7 million worth of damages she's owed. She also points to social media posts by the rapper in which he badmouths her and says he will never pay the debt. 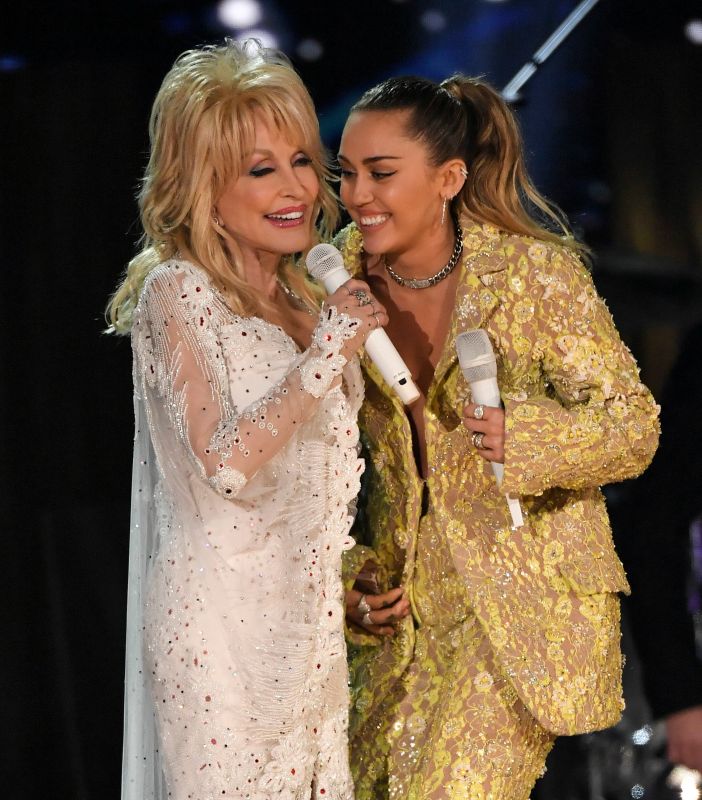