Meghan McCain sure is enjoying the news that Joe Biden beat Donald Trump in Arizona, where her late father served as U.S. Senator from 1987 until his death two years ago. On Thursday, Nov. 12, "The View" co-host tweeted a meme about Biden's win in the state that showed she could flip Trump's negative rhetoric about her dad just like Biden flipped Arizona. "In light of tonight's news…" she wrote, sharing a photo of her dad emblazoned with the words: "I like people who don't lose Arizona." She added: "Sorry, I had to, the meme was too funny." Despite her Republican background, Meghan has long considered Biden a close friend and taken issue with the president's many disparaging comments about her father. One of those comments came in 2015, when Trump made fun of John's stint as a prisoner of war in North Vietnam. "He's not a war hero," Trump said at the time. "He was a war hero because he was captured. I like people who weren't captured." By the end of the day Friday, all 50 states had (finally) tallied their votes and Biden led with 306 electoral college votes to Trump's 232, according to the New York Times.

Taylor Swift and Paul McCartney have more in common than you might think. That becomes clear early on in Rolling Stone's new cover story for its "Musicians on Musicians" issue, which pairs the two for a sort of mutual interview in which they cover everything from the inspiration behind and logistics of the albums they each wrote this year in isolation — "folklore," in Taylor's case, and "McCartney III," in Paul's — to how they approach the task of songwriting to the joys of writing new music under a pseudonym. (Paul's famously used Bernard Webb, while Taylor has published songs as Nils Sjoberg.) The penname topic ushers in a conversation about how freeing it can be to make music without the specter of their image or celebrity status cramping their natural style. When Paul says he's a fan of Taylor's song "Peace," she reveals that while much of "folklore" is based in "escapism," "Peace" is "more rooted in [her] personal life." The singer, who's been dating actor Joe Alwyn since 2017, making a pointed effort to keep her romance private, goes on to explain how the song is about her desire to have a normal life, somehow, with Joe. "I know you have done a really excellent job of this in your personal life," she tells Paul, "… carving out a human life within a public life, and how scary that can be when you do fall in love and you meet someone, especially if you've met someone who has a very grounded, normal way of living." She continues: "I, oftentimes, in my anxieties, can control how I am as a person and how normal I act and rationalize things, but I cannot control if there are 20 photographers outside in the bushes and what they do and if they follow our car and if they interrupt our lives. I can't control if there's going to be a fake weird headline about us in the news tomorrow." Asked if her "partner" can "sympathize with" those concerns, Taylor tells Paul, "Oh, absolutely."

Attention, '90s TV fans: "The Fresh Prince of Bel-Air" reunion now has an air date — and a trailer, both of which Will Smith shared on Instagram on Friday. "These are the people who made me the man I am today," Will says of the old footage-stuffed clip in the caption. "And I couldn't let this day go by without marking the occasion." Among other highlights, the trailer reveals some semi-hilarious factoids about how neither Will nor his music collaborator, DJ Jazzy Jeff (Jeffrey Townes), saw themselves as actors prior to the show's premiere. "Nobody asked me if I could act," Will tells Alfonso Ribeiro at one point. "And you couldn't!" Alfonso helpfully replies. Later, Jeff admits he had "no aspirations to act." "Jeff turned down the show literally 10 times," Will says of the DJ, who ended up with a recurring role throughout the series. "Will is very good at talking me into things," Jeff jokes. The reunion hits HBO Max on Nov. 19.

Kurt Russell on what makes his romance with Goldie Hawn tick

"It's not about what you do, it's how you do it," says Kurt Russell when asked about the secret to his 37-year-long romance with Goldie Hawn. The couple appear on the latest cover of Parade ahead of their new Netflix film "The Christmas Chronicles 2," and as is the case in most interviews they give, their love for one another is downright adorable. "Goldie can literally physically walk away sometimes and make me laugh. She's funny by nature. She just is," gushes Russell, 69. As if to contextualize the complement, Goldie, 74, points out, "Kurt's not goofy." Kurt disagrees — and even his argument for his own goofiness underscores how well-matched the lovebirds are. "I can do some pretty goofy dance movements, honey, in the morning sometimes!" he offers. "Every once in a while, you are goofy," Goldie concedes. As for their new movie, Goldie hopes it spreads some joy at the end of a painful year. "When people watch something that makes them happy, it opens their heart and gives them the ability to actually have hope and feel a little bit more optimistic about right now," she says. "I think we need to just have fun, laugh and feel there's magic in the air."

Melissa McCarthy and HBO have both formally apologized for failing to research the controversial charity group Exodus Cry before HBO donated $20,000 to the evangelical organization as part of "20 Days of Kindness," a campaign pegged to Melissa's HBO Max movie, "Superintelligence." HBO has also yanked the donation. A report from the Daily Beast cites anti-gay and anti-abortion quotes from the organization's CEO Benjamin Nolot as having included a reference to homosexuality as "an unspeakable offense to God" and a comparison between abortion and the Holocaust. (The leader has since said his thinking on LGBTQ rights has changed, and that he believes "all people" deserve to be "free from all forms of oppression," according to TheWrap.) In a video on Instagram posted Thursday, Melissa said bluntly, "we blew it," before explaining how they missed information about the reputation of Exodus Cry. "We made a mistake and we backed a charity that upon proper vetting, stands for everything that we do not," she said. Thanking, "… everyone on social media who said, 'What are you doing? Are you sure you want to back this?' Because the answer is no we do not," she said the donation has been "pulled," and that her team is "sorry for our mistake." She also encouraged followers to rest assured the other charities selected as recipients of donations as part of the campaign are "really doing some amazing things."

One week after he revealed his prostate cancer diagnosis, Al Roker is at home, recovering from surgery. "Relieved to let you all know that my #prostatecancer surgery is done and back home," he shared on social media Thursday alongside photos of of himself with his wife, Deborah Roberts, and their son, Nicholas, 18. "A big shoutout to everyone at the #josierobertsonsurgerycenter and appreciate all the thoughts and wishes from our viewers and the wonderful care packages from my co-workers," the "Today" star added. "See you all soon."

It's already been an intense year for Christina Perri and as she explained on Instagram this week after returning home from the hospital with a pregnancy complication, the intensity's not over yet. Christina, 34, announced she was pregnant with her second child with husband Paul Costabile in July, just six months after she suffered a miscarriage. Then, on Tuesday, the singer told her social media followers she'd been hospitalized and would, "be here until the baby comes out," which would have been about two months ahead of schedule. That didn't happen, though. In her latest post, the singer said she was home and "feeling really grateful … to have a baby still inside … for a little bit longer," according to ET. She thanked everyone for their support at a time when she felt "hopeless," but said the baby's health scare "isn't over." She explained that the "baby could come at any moment" at this point because of "a complication with the baby's intestines." When the little one does arrive, she added, they'll need surgery right away. "We'll spend some time in the hospital," she said. Askign followers to share stories about their experiences in the NICU, Christina said she plans to "prepare for" natal intensive care, but knows "anything could happen." In the meantime, Christina vowed to "stay really hopeful," saying that the goal is for the baby to stay safely inside her and "get as big as possible" before having to come out and undergo surgery. "It's just a couple more weeks, so I'm gonna try to take it easy and hope for the best," she said, adding a request for followers to keep the baby in their "thoughts a little longer." Christina and Paul are already parents to a 2-year-old daughter, Carmella.

Last week, Brooklyn's Marcy Houses got a special surprise at a ribbon-cutting ceremony for the neighborhood's new community center. As the event got underway, a purple Rolls Royce appeared outside and Tracy Morgan stepped out, according to a reporter from local news station WPIX 11. The comic grew up in the nearby Tompkins Houses (Jay-Z grew up in Marcy), and was invited by his friend, City Councilman Robert Cornegy, who raised more than $8 million for the project, Page Six reported Thursday. At one point, Tracy reportedly presented Robert with a huge chain from "The Last O.G.," the series Tracy filmed in the neighborhood. Speaking to channel 11, the comic said he was "very excited" to help kick off the opening. "It's big for the youth here," he said.

Once again, Michael Jackson has been named the world's highest paid dead celebrity in Forbes' annual — somewhat macabre — list. The King of Pop had no less than $48 million of earnings in 2020, according to Forbes, which gives children's book author Dr. Seuss gets the No. 2 spot at $33 million. Late basketball star Kobe Bryant is high up on the list this year, as well, following his death in January. According to the outlet, the hoops legend's estate earned about $20 million this year. 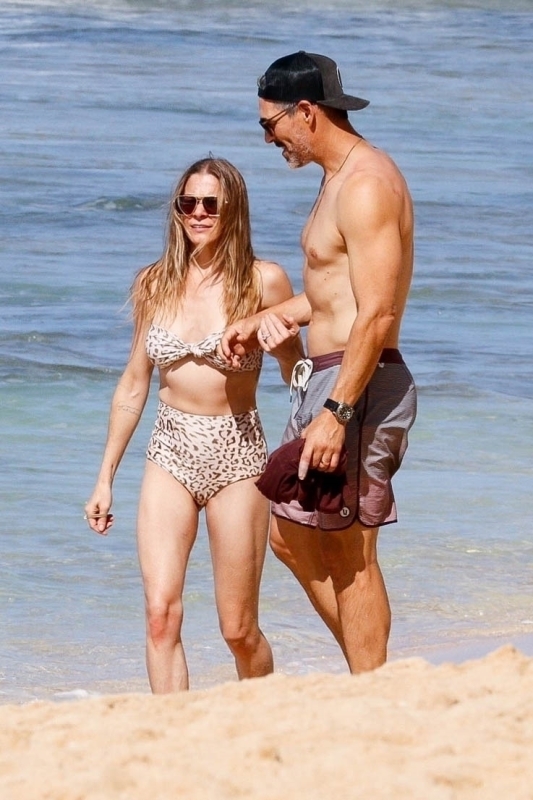