Is Taylor Swift taking a dig at Kanye West with her new album?

The Twitterverse has spoken — and it has some ideas about Taylor Swift's new album, "Folklore." On Thursday, July 23, the singer posted a surprise announcement that her eighth studio album would be released at midnight on Friday. It wasn't long before fans of both Taylor and her longtime nemesis, Kanye West — plus a number of news outlets — began theorizing it was more than a coincidence that Taylor chose to release her new album the same day Kanye was set to release his new recording, "Donda." Adding fuel to the notion Taylor wanted to one-up 'Ye by drawing attention away from his release on Friday is the fact that both albums fall under the Universal Music Group umbrella. Per Newsweek, Taylor's label, Republic, and Kanye's label, Def Jam, are both distributed by the same media giant. Surely, someone in Taylor's camp knew of Kanye's release date plan long before he announced it … right? Maybe. As of Thursday, the outlet had not heard back on its comment requests from Universal or either artist's reps. While some Swifties were busy tweeting things like, "Taylor Swift releasing a surprise entire album the same day Kanye West is releasing his comeback project… see, this is why I like her," others were too busy opining on the collaborators Taylor listed for "Folklore" to care much about 'Ye. In particular, fans (via JustJared) noticed two songs were co-written by "William Bowery," who, despite being someone Taylor calls one of her "musical heroes," seems hard to find much info on. He's not even tagged in her album announcement post, leading some Swifties to suggest William Bowery could be code for Taylor's beau, Joe Alwyn. "Joe's great-grandfather was named William Alwyn and he was a composer, conductor, and music teacher. Also, Taylor and Joe have previously stayed at the Bowery hotel in New York City. Perhaps they combined those two names into a pseudonym?!" one fan offered. Guess we'll have to wait and see …

Keep reading for all the details on Demi Lovato's engagement ring, plus more entertainment news …

All the details on Demi Lovato's engagement ring from Max Ehrich

Demi Lovato and Max Ehrich announced their engagement in the wee hours of Thursday morning, sharing what's arguably the crown jewel of their steady stream of gushy Instagram posts about their love. The pics in Demi's moving post, which garnered sweet and excited comments from famous pals including Christina Aguilera, Avril Lavigne and Khloe Kardashian, showed the singer, dressed in all white, in Max's arms on a beach. They also featured a good look at the massive sparkler that now adorns her ring finger. Page Six reports the emerald-cut engagement ring was designed by Peter Marco and is likely worth up to $300,000. Ira Weissman, founder of The Diamond Pro, noted the center stone, which he estimates is about 5 carats, features a "classic pairing with trapezoid side stones," while Shannon Delany-Ron at JamesAllen.com thinks the main rock looks to be more like 7 carats. estimates the sparkler to be about 7 carats, and worth up to $300,000. "Three-stone rings like Demi's hold a symbolic meaning and represent the past, present and future of a relationship," she tells the tab. Kathryn Money, of Brilliant Earth, estimates the ring's "total carat weight" could be as much as 9.5 to 11.5 carats, making the bauble worth anywhere from $450,000 to $850,000. Demi's fans, meanwhile, noted that the style of the ring matches that of the one Demi wears in her video for 2018's "Tell Me You Love Me."

Martha Stewart isn't just here to post the perfect thirst trap at age 78 — she's here to defend her title. On Tuesday, Martha shared a selfie from her pool in East Hampton, New York, that had tongues wagging for days. In honor of the septuagenarian's proof hot girl summer has no age limit, Chelsea Handler hopped on the 'Gram Wednesday to recreate Martha's post while showing her admiration. "I'm here to take @marthastewart48's swimming lesson. If I look this good at 78 I better still have a pool to show myself off in," Chelsea captioned her pic. Martha, however, was not that impressed. "Dear Chelsea, I'm so happy that you liked my post well enough to emulate it," she wrote in the comments (via ET). "I do think my pool is a little bit prettier than yours and that my facial expression is a little bit more relaxed," she continued. "Nevertheless you are a beautiful girl and F—–G too young to be emulating me. Continue with your comedy, your humor, and your amazing ability to gather around you political liberals. We need it! Love Martha."

On Thursday, the Television Academy announced Leslie Jones will host the 2020 Annual Primetime Emmy Awards nominations on Tuesday, July 28. Variety reports other presenters for the event, which is virtual this year due to the coronavirus pandemic, include Laverne Cox, Josh Gad and Tatiana Maslany. The awards show itself is set to air live on Sept. 20 and will be hosted and executive produced by Jimmy Kimmel.

Flirt much? Amid reports from Us Weekly claiming Julianne Hough wants her estranged husband Brooks Laich back, and from People claiming Brooks would be "all in" if there were an "option" to "give things another chance" with the dancer, Julianne left a flirty comment on a thirst-inspiring, semi-nude pic Brooks posted of himself Wednesday. The photo shows the NHL player standing in a lake while wearing only an apron as he flips a pancake with one hand while holding a cocktail in the other. A closer look reveals the slight curve of his bottom peeking out from behind the apron. "Get your 'cakes hot off the griddle! Thirst trap round 2! 🤣😎," he joked in the caption. "The first one was so damn fun that I had to do sequel! Caption this photo, and the best one gets a follow back! … Also, when you see it you'll know… #happyhumpday 🤟." Julianne's response? "That booty though 🤣." The former couple said "I do" in 2017. They were hit with split rumors last year and confirmed their split in May.

In which Blake Lively and Ryan Reynolds prove their endless game of spousal social media trolling is about more than just potshots. This week, Ryan plugged his Aviation Gin brand on Instagram by editing a bottle of the stuff into a clip of a famous scene from 2010's "Buried," where he played a truck driver in Iraq who found himself buried alive in a coffin with just a few objects, including a flask, at his disposal. "Before Deadpool, I was an actor," he snarked in the caption. "One of my favorite projects was a film called 'Buried' and it's now on @Hulu. 10 years later, it really holds up! Although I don't recall the aggressive product placement," Ryan joked. Cue Blake, who made a crack in the comments about her husband's easy-on-the-eyes vibe in the clip. "I think this just got me pregnant," she quipped. Ryan was all for the flirty message. "I will be out of the office starting July 22nd through the middle of ever and ever," he joked in reply (via CommentsByCelebs). "If you need immediate assistance during my absence, please contact someone. Anyone. Otherwise I will respond to your message as soon as possible upon my unlikely return. Thank you."

Motherhood is clearly a good fit for Cameron Diaz. The actress and wellness writer called in for a chat with Jimmy Fallon on Wednesday's "Tonight Show." And when Jimmy asked about Cameron's quarantine experience with her husband, Benji Madden, and their 7-month-old daughter Raddix, she gushed that, "it's been heaven," according to E! News. It's also been fun for Cameron and Benji to see how fast Raddix is changing and growing. "Literally every single day … there's leaps and bounds and these things that happen that — she's not the same baby she was yesterday," marveled Cameron, 47. "Yesterday is literally gone and today is a new day and tomorrow will be a new day that she's a completely different baby, but it's so gratifying to actually get to see that growth and to be a part of it and to help just let her be her," she continued. "It's just amazing. It's the best thing that ever happened to both Benj and I. We're just so happy." There's a soundtrack for the blissed-out couple's parental happiness, too. "We have 'Baby Shark' on rotation," Cameron admitted. "We have 'Elmo's Song.' We have 'Sesame Street.' We're just jamming out over there."

Alex Trebek has shared an update on his plans for cancer treatment after a quote from his new memoir, "The Answer Is… Reflections on My Life," left fans concerned he may be giving hope too soon. In both his memoir and in an interview with the New York Times, the longtime "Jeopardy!" host, 80, said he might "stop all treatment" if the one he was using failed to help in his battle with stage 4 pancreatic cancer. "I feel the need to clarify my quote that, if my course of cancer treatment does not continue to work, I would consider stopping treatment," he tweeted via the show's account this week. "That quote from the book was written BEFORE my current regimen, and I was going through some bad times. My current numbers are very good, but we will have to be patient with this new immunotherapy program that I am on," he explained. "But, if it were to stop being successful, I would return to my previous chemo treatment — NOT stop all treatment." He added an apology "for any confusion," assuring fans, "I am optimistic about my current plan, and thank them for their concerns." Alex announced his stage 4 cancer diagnosis in March of last year.

Cancel culture has come for Chris D'Elia. According to Deadline, Netflix has ditched plans for the comic's upcoming unscripted prank show with Bryan Callen. The change of heart comes after allegations he solicited underage girls online, claims that reportedly surfaced shortly after Netflix closed its deal for the show with Chris, who denied the allegations in a statement in June. "I know I have said and done things that might have offended people during my career, but I have never knowingly pursued any underage women at any point," he said at the time. "All of my relationships have been both legal and consensual and I have never met or exchanged any inappropriate photos with the people who have tweeted about me. That being said, I really am truly sorry. I was a dumb guy who ABSOLUTELY let myself get caught up in my lifestyle. That's MY fault. I own it. I've been reflecting on this for some time now and I promise I will continue to do better." Chris was previously let go by his agent and management company. 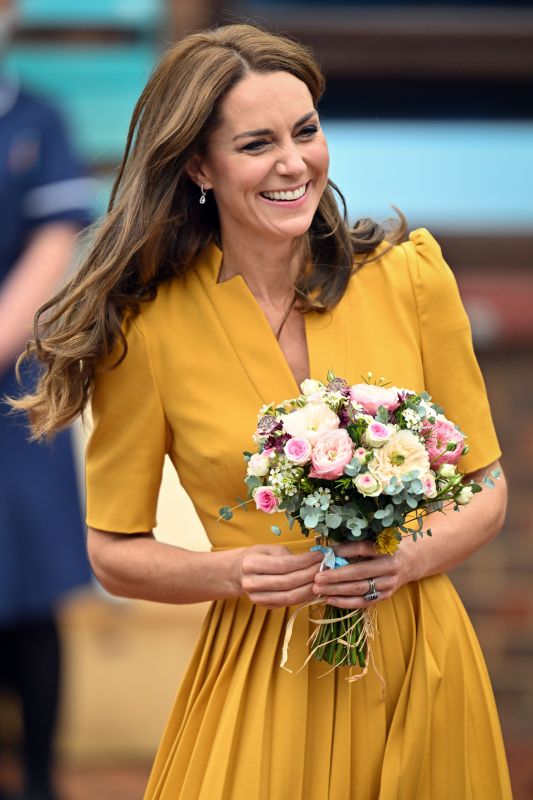