Turns out most of the Kardashian-Jenner family's moms — and one mom-to-be — are taking a relatively independent approach to parenthood. Other than Kim Kardashian West, who recently welcomed her third child with husband Kanye West, none of the sibs with kids have custody agreements for their babies' fathers. TMZ checked in with sources close to Travis Scott, the father of Kylie Jenner's new daughter, Tristan Thompson, the father of Khloe Kardashian's unborn child, and Scott Disick, the father of Kourtney Kardashian's kids and confirmed that none of the dads have gotten any custody or financial arrangements for their kids in writing. According to Wikipedia, most states give unwed mothers "100 percent" custody of a child born out of wedlock. If a father in that situation wants to ensure custody rights, it's on him to go to court and make it happen.

Haters gonna hate. Wendy Williams isn't done bad-mouthing Kim Kardashian West just yet. A week after the talk show host slammed Kim for "desperately trying to stay in the spotlight" and questioned the stability of her marriage to Kanye West, she lashed out again on her show. This time, Wendy took aim at Kim's appearance in her sister, Kylie Jenner's baby announcement video. "Also in the video we saw Chicago West for the first time, which is Kim and Kanye's new daughter, which I thought was selfish," she told viewers (via Us Weekly). "This is Kylie's moment to do Kylie's thing and then Kim just showed up with the baby. I think it's selfish." Not that Wendy was necessarily standing up for Kylie. "I thought [the video] was cute," she said. "But, she's only 20, what a mess."

Celine Dion shakes a replica of her husband's hand every night

Celine Dion's late husband Rene Angelil lost his battle with lung cancer in 2016 but that doesn't mean her relationship with him is over. Speaking to Stellar Magazine (vi the Daily Mail), the singer shared some of the rituals she maintains so she can feel close to Rene, a music promoter and producer who also managed her career for many years. Among them is her routine of connecting with a bronze replica she had made of his hand. "I shake my husband's hand and knock on wood with him every night before every show. Even after he's gone, I still talk to him," she said. "My husband wanted me to go back onstage before he passed, that's what he wanted the most, So I went back onstage while he was still alive; he wanted to make sure I could keep going. So I did prove to him, yes, I could keep going. I told him I've got the kids and that he's got to trust me, he's got to relax," she continued. "I guess before he left he wanted to make sure I was fine, 'I'm trying to prove to him every day I'm fine. Our kids are growing, we feel strong. We're good. Praising his devotion to her and her career, Celine also noted, "He mortgaged his house to pay for my first album. He did a great job," adding, "What he had been giving to me all his life and all my life will always be with me."

Is fame to blame for Ben Affleck's alcohol addiction? In a new interview with Grazia magazine, Ben and Casey Affleck's dad, Timothy, says his sons chose a dangerous field when they went into acting, suggesting Hollywood negatively impacted Ben's personal life. "It has taken a toll on both my sons," Timothy said, according to the Daily Mail. "Hollywood is a disgusting place. I think that's been a major factor in Ben's drinking. You're kind of forced to develop a persona that is hard to shed and go home to your family. It affects your whole life. I think that's one of the dangers of the film industry." Timothy himself has struggled with "severe" alcoholism, but he believes Ben, who entered a rehab program last year, is now on the right path. "Ben has always been serious about getting sober. There is no question about that He wants a balanced life and he's working on it," Timothy said. "It's very difficult to balance family life in the midst of global stardom. It's a hard, taxing life." He went on to suggest his son's split from Jennifer Garner was more difficult because of their celebrity status. "In the world outside of the entertainment industry, marriages end all the time," he said. "It's as common as dishwater …"

Did Justin Timberlake nix the rumored Prince hologram at the last minute?

It's still unclear whether Justin Timberlake ever planned to use a hologram of Prince in his Super Bowl Half Time performance — a move that Prince's longtime friend Sheila E said the late music legend would never have approved. But the New York Post reports JT did originally intend to use one. "He was 100 percent ready to use the hologram but nixed it due to backlash from social media and Prince fans. That's why he had that sheet up like in your mama's backyard," an insider told the tab. Sheila E's pre-game announcement that she'd spoken to Justin and "there is no hologram" in the works only made it sound more likely that using one had been part of the plan at one point, as did the interview Sheila gave Entertainment Tonight in which she suggested she had put the kibosh on the hologram idea herself. "I just said no. I just felt that it was too soon," she said. "The hologram was weird, and Prince did tell me [to] make sure nobody ever does a hologram [of him] … He thought it was very demonic and that's his spiritual beliefs." A source connected with Justin has also denied that the singer tweaked the show at the last minute, saying, "there's no way Justin would ever disrespect Prince's legacy. He didn't change his performance." Whatever happened prior to the show seems not to have bothered Prince's estate, either way. "Justin Timberlake, the NFL and the City of Minneapolis used the stadium and the city to give a beautiful hometown tribute to Prince," a rep for the estate said in a statement. "The two pieces of footage that appeared on the screens were licensed from the 'Purple Rain' movie and a vintage performance in Syracuse, NY."

Oops. Sarah Silverman's feeling a little guilty about her announcement that she and Michael Sheen have called it quits after nearly four years of dating. On Monday, Feb. 5, Sarah tweeted "The great @michaelsheen & I consciously uncoupled over Christmas," adding that the distance between them — he lives in the U.K. while she lives in Los Angeles — "got hard." In the wee hours of Tuesday, she tweeted about the split again. "The joke here is I just realized I posted our breakup tweet on his actual birthday and I can't believe what a d— I am," she wrote before joking, "Can u believe it?? He said I wasn't THOUGHTFUL. Jerk… Anyway, Happy Birthday, Michael…"

Sarah Jessica Parker and Cynthia Nixon set aside any lingering issues with Kim Cattrall's decision not to proceed with a third "Sex and the City" movie this week after Kim announced her brother was reported missing and later, found dead on his property in Alberta. Kim shared a photo of herself with Chris Cattrall on Monday, Feb. 5, writing: "It is with great sadness that myself and my family announce the unexpected passing of our son and brother, Chris Cattrall,. At this time we ask for privacy but we want to thank you all on social media for your outpouring of love and support in this trying time." Both SJP and Cynthia Nixon responded to the news in the comments. "Dearest Kim, my love and condolences to you and yours and Godspeed to your beloved brother. Xx," wrote Sarah. "Hey Kim such awful news," Cynthia commented. "So sorry to hear. Sending you love. XO." Authorities have not announced Chris' cause of death.

Prosecutors handling Mark Salling's child pornography case have filed documents requesting a federal judge to dismiss the case in the wake of his suicide, according to TMZ. In October, the "Glee" alum pled guilty to possessing the pornography, including and was facing restitution payments as well as four to seven years of jail time. The plea bargain had not yet been ratified by the judge when Mark hanged himself in Los Angeles last month.

Less than a month after she told People she's "single and dating," Bethenny Frankel was spotted hanging out with her ex, Dennis Shields, at a pool in Miami, sparking speculation the two have rekindled their romance. Although the New York City-based LawCash founder looked cozy with Bethenny, resting his hand on her leg at one point, an insider assures the Daily Mail Bethenny and Dennis are just friends. "They had a 27 year friendship before they dated so they picked that up where they left off once they realized they didn't work as a couple," said the source. "Her daughter adores him and his family and she comes first above all. Bethenny is single and dating other people." The New York Post's sources sound less convinced, with some saying they're "friends with benefits."

Jane Seymour dishes on her romance with David Green

Jane Seymour and David Green couldn't be happier. The actress opened up about her relationship with the British producer and director this week at the AARP The Magazine Movies for Grownups Awards, explaining that they were pals for many years before they developed a romance. "We had been friends first, but fell for each other over lunch one day after we had been, shall we say, released from our marriages," Jane told the Daily Mail. "We are very happy, he's the best. We get along great." She explained that while they've only been together as a couple for a few years, they first met decades ago. "We were introduced about 28 or 30 years ago. He was supposed to direct me in a movie about Mata Hari, which never happened. And we became friends. So we had that bond before we started dating. We would see each other socially now and then. We stayed in touch. But romance didn't come till four years ago," she admitted. Asked who went after whom on the lunch date that blossomed into a romance, Jane said they "made a mutual move on each other." 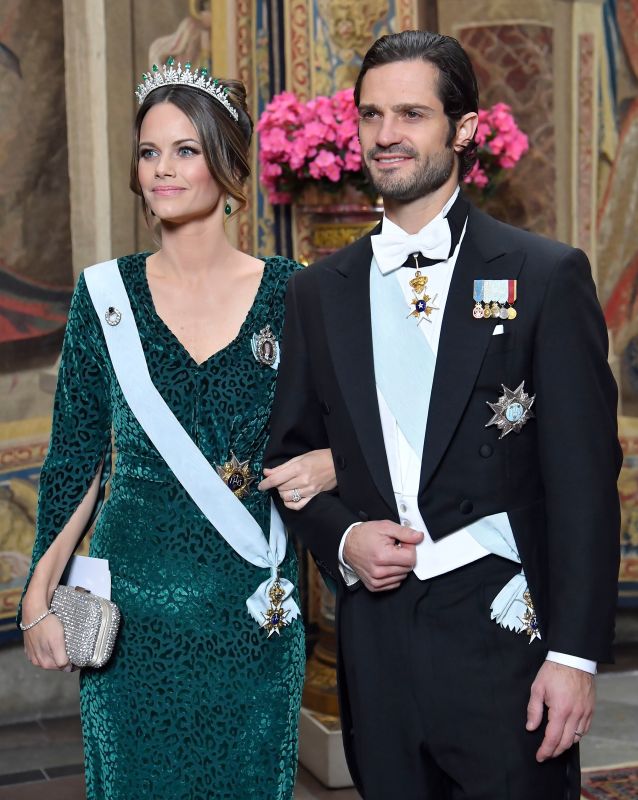