Father's Day will be celebrated all across the country on June 17. In anticipation of this family holiday, Wonderwall.com is taking a look at the Hollywood dads who will be celebrating Father's Day for the very first time… starting with this handsome pop. His house just got a bit fuller! John Stamos and new wife Caitlin McHugh became first-time parents on April 15 with the birth of son Billy. Keep reading to see who else is marking his first Father's Day in 2018…

RELATED: See all the new couples of 2018

Ultra-private Anna Kournikova and Enrique Iglesias shocked the world when it was revealed that they were parents to twins — daughter Lucy and son Nicholas, who were born in December 2017. Since then, both parents have shown off their little cuties on social media a few times!

After almost nine years of marriage, Heidi Montag and Spencer Pratt became proud parents on Oct. 1, 2017. Son Gunner Stone was born after a mere five hours of labor. "It was probably the best possible labor," Heidi told Us Weekly. "I wanted to do it naturally, so I didn't get an epidural. Spencer had Crystalarium bring $27,000 worth of crystals in there. So literally as my contractions are going, he's running in, putting these huge crystals all over. It was mayhem!"

First-time dad at 50! Jason Statham and longtime love Rosie Huntington-Whiteley welcomed their son, Jack Oscar, into the world on June 24, 2017. Jason will enjoy his first Father's Day right before his 51st birthday!

Though he's a man with a lot of accomplishments, Derek Jeter has a new one to celebrate this year — his first Father's Day! The baseball icon and model wife Hannah added daughter Bella to their family on Aug. 17, 2017.

The first family got bigger by one in 2017! Eric Trump's wife, Lara, gave birth to their first child — and President Donald Trump's ninth grandchild — on Sept. 12, 2017.

Four and a half months after the birth of his first child with Kylie Jenner on Feb. 1, 2018 — daughter Stormi Webster — rapper Travis Scott will get to celebrate his first Father's Day.

Surprise! Nicholas Hoult and girlfriend Bryana Holly quietly welcomed a baby into the world in April 2018.

Papa Peele! Jordan Peele and Chelsea Peretti became parents to a son — Beaumont Gino — on July 1, 2017. Hopefully, they have a laughter-filled day together as a family of three!

Florida Georgia Line's Tyler Hubbard gets to enjoy a new milestone this year! The musician and wife Hayley welcomed daughter Olivia Rose into the world on Dec. 23, 2017. After receiving the best Christmas present ever, what will he get for his first Father's Day?

Ben Foster will be enjoying his first Father's Day this year after welcoming daughter Ella with new wife Laura Prepon in the summer of 2017.

"Friday Night Lights" alum Zach Gilford is going to be enjoying his Father's Day this year! The actor and wife Kiele Sanchez welcomed daughter Zeppelin Adele into the world on Nov. 29, 2017, nearly two years after Kiele suffered a late-term miscarriage with their son. Hopefully, they can enjoy a nice day as a family of three — they deserve it!

Dad duty! Kirsten Dunst made Jesse Plemons a first-time dad when she gave birth to son Ennis Howard Plemons on May 3, 2018, in Santa Monica, California.

Andy Samberg and musician wife Joanna Newsom kept their little bundle of joy a secret until after she was born in August 2017. The ultra-private couple haven't released a ton of details about their baby girl, but we're sure they are reveling in this new phase of life.

Matthew Morrison and wife Renee became parents for the first time with the birth of son Revel James Makai in October 2017. Hopefully, the "Glee" alum can revel in his first Father's Day!

In January 2018, Boyd Holbrook surprised fans when he revealed not only that he'd married girlfriend Tatiana Pajkovic but that they'd recently welcomed son Day.

Topher Grace and Ashley Hinshaw became parents for the first time at the end of 2017. Their daughter, Mabel Jane, was born on Nov. 1.

Brantley Gilbert and wife Amber became first-time parents in November 2017 with the birth of their son, Barrett. The doting dad seems to be at ease as a new father — he brought his infant son on stage to meet fans in March 2018! 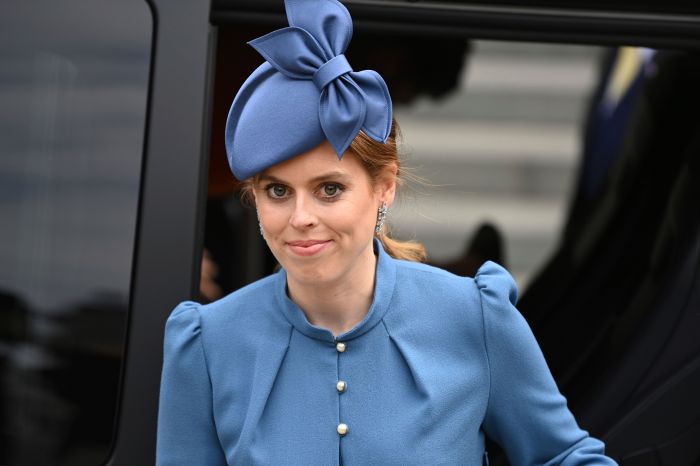 Up Next Royal best & worst