Less than an hour after purchasing a $2 million Bugatti, Tracy Morgan got into a car accident while driving the luxury vehicle in New York City. On June 4, photos showed the brand new ride all banged up after it was hit by a Honda CR-V. According to reports, Tracy had driven off the dealer lot only 15 minutes before the accident. Afterward, he complained a hip pain and was transported by ambulance to a hospital. "Thanks for any concern but I am totally fine," he later tweeted. "My NEW CAR? We shall see. Love you all." On June 5, the driver of the other car said she was "traumatized" when the "Saturday Night Live" alum yelled at her and angrily banged on her vehicle following the minor accident. The woman, Jocelyn Madulid, insisted the crash wasn't her fault.

Bradley Cooper and Irina Shayk have split after four years together, multiple outlets confirmed on June 6. Sources provided the confirmation to People magazine, Us Weekly and more following days of rumblings that the actor-director and the model, who are parents to 2-year-old daughter Lea, were on the outs again following a previous round of breakup rumors in 2018. The most recent split talk started on June 3 when a source told Page Six that the pair's relationship was "hanging by a thread."

Country music singer Granger Smith revealed that his 3-year-old son, River, died following a "tragic accident." A rep told People magazine that River drowned at home. "I have to deliver unthinkable news," Granger wrote on social media on June 6. "We've lost our youngest son, River Kelly Smith. Following a tragic accident, and despite doctor's best efforts, he was unable to be revived. Amber and I made the decision to say our last goodbyes and donate his organs so that other children will be given a second chance at life." He and his family, he said, are "devastated and heartbroken" but "take solace in knowing he is with his Heavenly Father." Granger added, "Riv was special. Everyone that met him knew that immediately. The joy he brought to our lives cannot be expressed and his light will be forever in our hearts." He finished his post, writing, "There has never been a more difficult moment for us than this."

RELATED: Fashion hits and misses from the CMT Music Awards

Miley Cyrus was groped and kissed by an aggressive fan on June 2 while in Barcelona, Spain, with her husband, Liam Hemsworth, for a music festival. Video showed the pop star and Liam walking past a large group of fans when suddenly, a male fan grabs for her hair, wraps his arm around her neck and pulls her in for a kiss. Miley moved her head to avoid the man's mouth and security quickly pushed him away. A day later, Miley responded to the incident on social media, writing on her Instagram Story, "She can be wearing what she wants. She can be a virgin. She can be sleeping with five different people. She can be with her husband. She can be with her girlfriend. She can be naked. She CAN'T be grabbed without her consent."

After months of speculation, Lisa Vanderpump has revealed that her time on "The Real Housewives of Beverly Hills" is over. In a chat with DailyMail TV, the reality TV star confirmed she's leaving the show after nine seasons. In speaking about her castmates, she said, "I think they've made it pretty impossible for me to go back, frankly." She then firmly said "no" when asked if she planned to return to the show. She added that she has no plans to go to the upcoming cast reunion either. "The objective of the reunion is to reunite, right? I have no inclination to reunite with any of the women that have been harassing me for 10 months now, so in all probability, no," she said. A rep for Bravo diverted when asked to comment about Lisa's exit. "There is so much great drama and fun still to come this season, including the ladies' trip to France, so before we focus on next season, let's see where this one takes us," the rep said.

Say hello to the world's richest female musician: Rihanna. On June 4, Forbes reported that RiRi has a net worth of about $600 million and has surpassed the likes of Madonna, Beyonce and Celine Dion to claim her new title. Where did her earnings come from? Well music, yes, but also her partnership with French luxury goods behemoth LVMH, which is behind her Fenty Beauty line and her move into fashion. In addition to her beauty brand, Rihanna co-owns the Savage X Fenty lingerie line and has a newly launched clothing line with LVMH.

Joey Fatone has finally confirmed that he and his wife of nearly 15 years, Kelly Baldwin, have called it quits. The former *NSYNC member told Us Weekly that he and Kelly, who have two daughters, have been quietly separated for a while. "I was, at one point, married, and now I am separated, going through a divorce," he said in a story published on June 6. Page Six said the singer officially filed for divorce on May 13. The pair fended off split rumors in 2013. "We're still married … kids are great," he said at the time. "I'm deeply upset about [the rumors]. We're fine."

"Empire" actor Terrence Howard and wife Mira are being investigated by the federal government for criminal tax evasion, according to a new report published on June 5. The Blast reported that Terrence, Mira and a company she owned are being looked into and that the couple became aware of the investigation a few weeks ago. The case is being handled by the U.S. Attorney's Office in the Eastern District of Pennsylvania, The Blast revealed, adding that investigators have already had initial discussions with the actor.

Stop us if you've heard this one before: President Donald Trump got into a spat with a celebrity. On June 2, Bette Midler, an outspoken critic of POTUS, posted a photo of a young Trump with a quote attributed to him. The problem is that he never said it and that the attribution was debunked in 2015. After realizing the quote was fake, Bette took it down and apologized. Trump, however, found out about it during his three-day trip to the United Kingdom, tweeting, "Washed up psycho @BetteMidler was forced to apologize for a statement she attributed to me that turned out to be totally fabricated by her in order to make 'your great president' look really bad. She got caught, just like the Fake News Media gets caught. A sick scammer!" Bette responded on June 5, "I want to thank everyone who came to my defense last night during my personal Battle of the Bulge with he who must not be named. Your wit and good nature really lifted my spirits; as a newly washed up psycho, I am very grateful for your thoughts and prayers."

Ellen Pompeo nearly quit "Grey's Anatomy" years ago due to what she called a "really toxic work environment." The reveal came while she chatted with Taraji P. Henson during Variety's Actors on Actors series. "There were many moments. It's funny: I never wanted off the bus in the year that I could get off. The first 10 years we had serious culture issues, very bad behavior, really toxic work environment," Ellen, who's been part of the show since the first day, said. "But once I started having kids, it became no longer about me. I need to provide for my family." She added that there was "so much turmoil for 10 years."

Beach Boys legend Brian Wilson is postponing all his June tour dates because he feels "mentally insecure." The music legend's "Pet Sounds and Greatest Hits Live" tour was set to begin on June 7 in Massachusetts. "As you may know in the last year or so I've had 3 surgeries on my back. The surgeries were successful and i'm physically stronger than i've been in a long time," he wrote on his website. "However, after my last surgery i started feeling strange and it's been pretty scary for awhile. I was not feeling like myself. Mentally insecure is how I'd describe it. We're not sure what is causing it but i do know that it's not good for me to be on the road right now." He said he plans to make up the missed dates. "I've been struggling with stuff in my head and saying things I don't mean and I don't know why. Its something i've never dealt with before and we cant quite figure it out just yet," he added. "I'm going to rest, recover and work with my doctors on this." 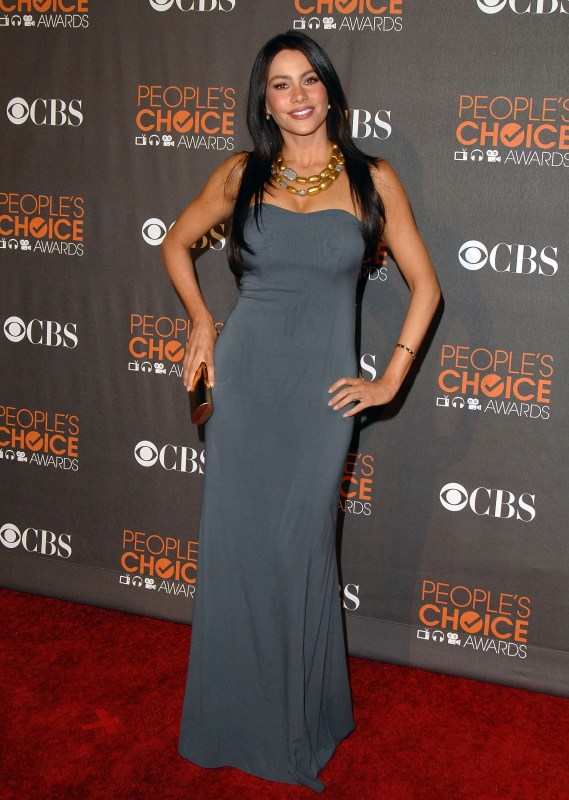