It's no secret that Hollywood actors rake in the big bucks. But you'd turn green with envy if you knew how much some stars can make for one day of work. And you'd be even more surprised to learn the monetary mother lodes that other celebs have hit… like Robert Downey Jr! As one of the highest paid actors in Hollywood, it's no surprise that the former Marvel Cinematic Universe actor commands a massive paycheck. In 2020, RDJ starred in the box-office flop "Dolittle," for which he earned $20M. However, that amount was far less than what he earned for his role as Iron Man — for "Avengers," "Avengers: Age of Ultron," and "Avengers: Endgame," he took home $50M, $80M, and at least $75M respectively. We can't even imagine. In celebration of Robert Downey Jr.'s birthday on April 26, Wonderwall.com is taking a look at other celebs that have also received jaw-dropping figures on their paychecks. Keep reading for more…

Taylor Swift was listed as Forbes magazine's highest paid entertainer in 2019 for a reason! The Grammy Award-winning artist's 2018 "Reputation" Stadium Tour made history as the highest-grossing tour in US history, having grossed an incredible $266.1M.

"The Morning Show" stars Jennifer Aniston and Reese Witherspoon are two of the most famous women in Hollywood, so it's no surprise that their paychecks reflect that prestige. For their roles on the hit Apple TV+ series, both actresses earned $2M an episode! Their lucrative deals drew much criticism, which Reese addressed in an interview with Hollywood Reporter in 2019. "There seemed to be a resentment, as if we weren't worth it or it was bothersome, and I thought, 'Why is that bothersome?'" she said. "I guarantee these companies are real smart, and if they agree to pay us, they're doing it for a reason."

Ryan Reynolds sure knows how to command a hefty paycheck — the Canadian actor earned $27M for his starring role in the Michael Bay-directed flick "6 Underground." The film, however, was poorly reviewed, receiving just 36% on Rotten Tomatoes. Yikes. At least he had a major payout!

Ariana Grande is the music industry's darling, and her lucrative paychecks definitely reflect her superstar status. The "Sweetener" singer took home a cool $8M for headlining Coachella in 2018 — that's $4M per weekend! She made the same amount as Beyoncé did when she headlined the music festival in 2018.

To the surprise of absolutely no one, power couple Beyoncé and JAY-Z had an incredibly successful "On the Run II" Stadium Tour. They grossed around $5M per night — that's more than $250M for the entire tour!

In September 2017, Rihanna unveiled her popular makeup brand Fenty Beauty. The singer has a serious knack for the makeup business — Fenty Beauty grossed an astonishing $570M in revenue just 15 months after its launch.

According to Forbes, Dwayne Johnson was the highest paid actor in 2019, raking in an unfathomable $89.4M. "Fast & Furious presents: Hobbs & Shaw" is responsible for a portion of those earnings — for his starring role in the film, Dwayne took home $20M.

It's no wonder celebs love endorsement deals! In September 2017, "Rare" singer-songwriter Selena Gomez reportedly made a whopping $30M for her two-year contract with activewear brand Puma. Not bad at all!

Honestly, we'd expect nothing less from these two veteran actors! For their exceptional portrayals in the Academy Award-winning Quentin Tarantino film "Once Upon a Time in Hollywood," Leonardo DiCaprio and Brad Pitt made quite the profit — they each earned $10M.

Kelly Clarkson hit the jackpot with "The Voice." Not only is she a fan favorite on the singing competition show, she also earns a lucrative amount — according to Variety, the singer rakes in a casual $14M per season. That's approximately $560K an episode for a 26-episode season!

"The Morning Show" isn't the only money-making project Reese Witherspoon is attached to. She co-stars in the popular 2020 Hulu series "Little Fires Everywhere" with Kerry Washington, for which they each earn $1M per episode.

Kanye West has made quite the empire. According to Forbes, the fashion designer-rapper was the third highest paid celebrity in 2019 (just after his sister-in-law Kylie Jenner), having earned $150M. Most of his earnings come from his collaboration with Adidas, which gives him 15% royalty on wholesale. In the past 12 months, Yeezy has reportedly made $1B in sales.

Will Smith was paid a pretty penny to reprise his role as Mike Lowrey in the 2020 action film "Bad Boys For Life" — he took home an impressive $17M. Not too shabby!

Golden Globe Award-winning actress Elisabeth Moss' paychecks are far from dystopian — "The Handmaid's Tale" star makes $1M per episode. For the first year of the show, the actress reportedly made $175K an episode — an already generous amount for non-celebs!

In 2012, Beyoncé Knowles landed a massive deal with Pepsi with a pretty impressive payday. The star reportedly struck a $50 million multi-year deal with the brand and maintained creative control of future projects.

He created an iconic character, and Johnny Depp received a major payday for reprising his role as Captain Jack Sparrow. In 2009, the actor reportedly earned $35 million up front to play the eclectic buccaneer in "Pirates of the Caribbean 4: On Stranger Tides."

Big-screen superstar Jennifer Lawrence reportedly earned $15 million for the final two-part installment of the "Hunger Games" film franchise. Forbes magazine named the lovable star the highest-paid actress of 2015 after she brought in $52 million. She topped the charts by a wide margin, with $16.5 million more in earnings than the runner-up, Scarlett Johansson.

It will come as no surprise that Oprah Winfrey made a lot of money hosting her hugely successful talk show for 25 seasons. But just how much did Oprah make by the end of her small-screen run in 2011? A reported $315 million.

Thanks to her Prismatic World Tour, Katy Perry topped Forbes magazine's list of top-earning women in music in 2015. The superstar raked in about $2 million in every city her tour visited, amassing an estimated $135 million that year.

Calvin Harris is certainly no slouch in the earning department. The Scotland-born DJ brought in $66 million in 2015 according to Forbes, in large part due to his residency deal with Las Vegas nightclub Hakkasan, where he earned a reported $400,000 per gig.

Though it was arguably a waste of money, as she only stayed on for one season, Mariah Carey still brought home a hefty paycheck for her time on "American Idol." For her stint as a guest judge on Season 12, the diva reportedly earned $18 million.

Kanye West and Jay Z reportedly fetched a cool $3 million each for a night's work. The gig? A Sweet 16 party for a billionaire's kid in Dubai. It was chump change for the teen, whose father founded the United Arab Emirates: Her family is reportedly worth $150 billion.

In 2012, Jessica Simpson teamed up with Weight Watchers to slim down and took home a pretty big paycheck in the process. The former reality star reportedly struck a $4 million deal with the weight-loss company to drop her baby weight after having daughter Maxwell Johnson.

Catherine Zeta-Jones dialed up a winner when she scored an endorsement deal with T-Mobile. The actress reportedly locked down $10 million per two-year contract and ended up earning $20 million from the mobile giant.

Even when he was spiraling downward in 2011, Charlie Sheen was profiting from it, thanks to his heavily read Twitter feed. The troubled actor was paid an absurd amount of money to send out ads as tweets, reportedly earning up to $9,500 per tweet — and he continues to make money off of his lucrative 140-character posts.

The role of a lifetime! Daniel Radcliffe reportedly raked in $39 million to complete his run as the boy wizard in the "Harry Potter" film franchise.

Gisele Bundchen was the world's reigning highest-paid model in 2015, pulling in $44 million, according to Forbes. Despite retiring from the runway in April 2015, the supermodel has also starred in ad campaigns and made personal appearances, which reportedly earned her upwards of $128,000 per event.

In 2011, New Jersey's Rutgers University paid Nicole "Snooki" Polizzi $32,000 to speak to students. The school came under fire for the bountiful check they handed out to the reality star since technically, the money came from taxpayer dollars (it's a state-funded school). Among her talking points? "Study hard, but party harder."

He may be moonwalking in another place now, but MJ is still breaking the bank. In fact, after his death, he scored the biggest record contract ever. Michael Jackson's estate struck a $250 million deal with Sony to release his music a year after he passed away in 2009.

Low-cal alcohol is a good business to be in. Reality TV star Bethenny Frankel allegedly sold her Skinnygirl line of diet booze for an amount that's ridiculous, even by "Real Housewives" standards. Initial expert analysis of the deal valued the sale at $120 million, while a later report claimed Bethenny scored just $8.1 million. "Come on. That it could be the fastest growing booze brand on the market and have sold for that little is just preposterous," she told Forbes, declining to reveal how much she really made. But she did add this: "I'm going to be paying a hell of a lot more than $8.1 million in taxes."

He's television royalty, so it makes sense that Jerry Seinfeld would be the first lead actor to make a certain landmark sum per episode — $1 million dollars. It's kind of a lot for a show about "nothing."

Another notable celeb who raked in major dough? Jim Parsons! While filming "The Big Bang Theory," the actor commanded $1M per episode. 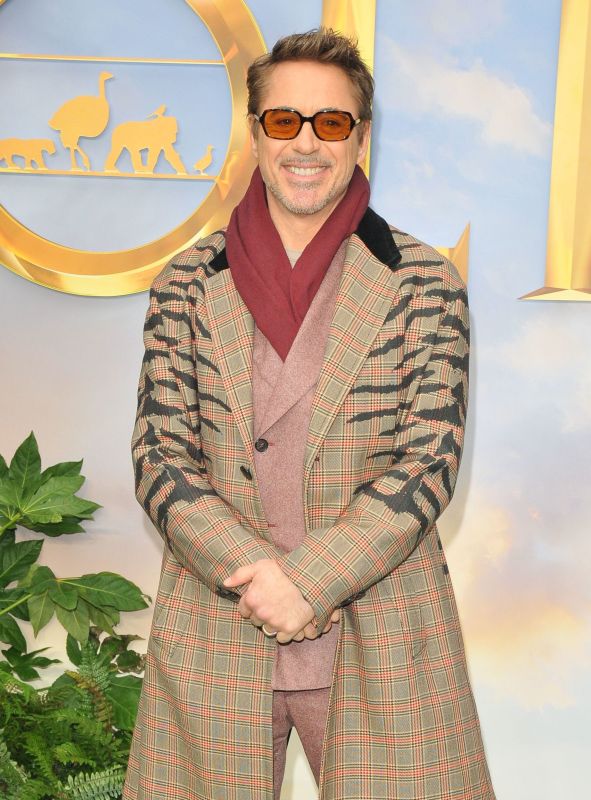 Up Next Big Checks