In the wake of his July 8 arrest for disorderly conduct, public drunkenness and obstruction in Savannah, Georgia, Shia LaBeouf is promising not to drink for the remainder of his "Peanut Butter Falcon" shoot. Though he has a history of getting arrested when booze is involved, his lawyer tells TMZ that Shia's not an alcoholic, so staying on the wagon won't be hard. It seems Shia has no trouble not drinking, he simply can't stop once he starts, according to attorney Doug Andrews. (Side note: Doug might want to double check the definition of "alcoholism.") Anyway, Shia is set to "get professional help" after the movie wraps, according to TMZ. He also reportedly wants to make up for his bad behavior, which included a racist, homophobic and borderline misogynistic rant that was caught on video, by doing something positive for the community once he finishes filming.

RELATED: Celebrities in trouble with the law

When Harry met Harry … The interwebs lost its collective mind (and ability to tweet in lower case) on Friday, July 14, as photos surfaced showing Prince Harry meeting Harry Styles on the red carpet at the London premiere of Harry No. 2's World War II film "Dunkirk" this week. "HARRY STYLES WITH PRINCE HARRY OMG IM IN LOVE THIS IS SO BEAUTIFUL," gushed one Twitter user (via Us Weekly). "PRINCE HARRY AND HARRY STYLES ARE OFFICIALLY IN THE SAME PLACE THIS IS NOT A DRILL," tweeted another. Our favorite memorialization of the Harry squared hang? A photo of the two together with the caption, "Harry Styles: You're really hot. Prince Harry: Yeah, I know."

Despite their commitment to co-parenting their daughter Dream, Rob Kardashian and Blac Chyna have had no contact with one another since Rob posted graphic nude photos of Chyna on social media on July 5. A source tells Us Weekly they "still haven't spoken," adding that they "have people they can contact and work through." On July 10, a judge granted Chyna a temporary restraining order against her ex. The terms prevent him from coming within 100 yards of her and stipulate that he may not post photos of her, their daughter or her son on social media. Nannies for Dream will reportedly handle custody exchanges as long as the order is in place. A hearing has been set for Aug. 8, when the order ends.

Alexander Skarsgard is single after splitting from Alexa Chung

Alexander Skarsgard is back on the market. According to the New York Post, the "Big Little Lies" star recently called it quits with Alexa Chung after nearly two years together — and is already wading back into the dating pool. Over the weekend, Alexander reportedly went on a blind date with Leonardo DiCaprio's ex, model Toni Garrn, in Montauk, New York. "This was the first time they met," the insider says. "It was a blind date set up by a mutual friend. Toni was nervous, so she brought two girlfriends. They had lunch at his house and then all hit Gurney's." Adds the source: "They didn't hit it off big-time. There may not be a second date in the cards."

Madonna's '90s-era sour grapes are apparently worth thousands of dollars. The singer's former art curator Darlene Lutz is putting a letter Madge wrote in the early '90s up for auction. In the note, she complains that Whitney Houston and Sharon Stone are more successful than she is despite their "mediocre" level of talent. "It's so unequivocally frustrating to read that Whitney Houston has the music career I wish I had and Sharon Stone has the film career I'll never have," she writes in the letter addressed to someone she calls "J" (via JustJared). "Not because I want to be these women — because I'd rather die, but they're so horribly mediocre and they're always being held up as paragons of virtue [or] some sort of measuring stick to humiliate me." The letter hits the auction block at GottaHaveRocknRoll.com next week and is expected to sell for $3,000 to $5,000. Sharon, for her part, doesn't blame Madonna for what she said. In a post on Facebook, the actress stood by the singer, declaring it unfair that Madge's private thoughts were made public. "Dear Madonna, First, I think it's absurd that anyone is publishing your private letters. Therefore; I publish publicly," she wrote. "Know that I am your friend. I have wished to be a rock star in some private moments … have felt as mediocre as you described. We know, as only those who have survived so long that owning our own mediocrity is the only way to own our own strengths; to become all that we both have become. I love and adore you; won't be pitted against you by any invasion of our personal journeys. Sharon."

After two years of waiting, Gisele Bundchen and Tom Brady have finally been admitted to the country club adjacent to their multimillion dollar mansion in Brookline, Mass. The Boston Globe reports the famous couple's application to join The Country Club wasn't initially OK'd because members were concerned Gisele and Tom's celeb status might attract paparazzi and press. In recent weeks, Tom, a serious golfer, was seen taking advantage of the club's famous golf courses, where three US Opens and one Ryder Cup tournament have been held. Prior to the 1970s, the club barred Jews, African-Americans and women from joining.

Jaime Pressly opens up about being pregnant with twins

In a couple of months, Jaime Pressly and her boyfriend Hamzi Hijazi will join the growing list of celebs with twins in Hollywood. "It's like God cut me slack and was like, 'I'm going to give you two in one so you don't have to do it again,'" she jokes in the new issue of Us Weekly. Jaime, 39, thought she was going to have to use IVF to get pregnant again and says it was "a pleasant shock" when she learned she had not one but two buns in the oven — and her 10-year-old son Dezi can't wait to meet them. "He is so excited!" she says. "Every day he squeezes my belly and goes, 'When they get here, I'm gonna eat 'em up!' He's going to be a great big brother." Jaime, meanwhile, is looking forward to the fresh perspective on life that comes with welcoming a child into the world. "Things are much more exciting again," she says. "Whether it's the holidays or just being outside in nature and walking around. We take for granted all these incredible things and being able to experience them again for the first time through a kid's eye is quite fantastic."

Thanks to his new girlfriend Julia Stambler, Charlie Sheen is embracing a new, healthy approach to eating and exercise. Insiders tell TMZ the HIV-positive actor has been on a vegan diet for the past two weeks and is regularly getting up early to practice yoga and swim. He's also reportedly on an HIV drug trial, has been avoiding booze and has stayed away from hard drugs for the past year. Julia, 26, worked as Charlie's nanny before they started dating.

Is Christina El Moussa "Real Housewives"-bound? OK! magazine reports Bravo is interested in signing on the reality star house flipper for Season 13 of "Real Housewives of Orange County." According to the report, Christina's story would focus on her life after divorcing Tarek El Moussa, with whom she still co-hosts "Flip or Flop." It would also presumably cover her new romance with Doug Spedding, if they remain together long enough. "[The show would] navigate [her] life as a single mom to daughter Taylor, 6, and son Brayden, 23 months, while dating and still working alongside her, ex, Tarek, despite their breakup last year," says one source (via InTouch). Another insider adds, "If the ratings falter or the cast gets greedy, you can bet Christina will be front and center for season 13." "RHOC" Season 12 premiered on Monday, July 10, so Christina and Bravo have plenty of time to sort out the details if she decides to join the show.

Interesting venue choice for a girls' night out. A week after Ben Affleck and Lindsay Shookus confirmed their relationship by stepping out for dinner at Giorgio Baldi together, Jennifer Garner went out on the town with her friend Chelsea Handler — to Giorgio Baldi. Though the Santa Monica restaurant is a hot spot for celebs, Celebitchy points out that means paparazzi are frequently hanging around, waiting to photograph famous folks on their way in and out. If Jen's feeling down about the attention surrounding Ben and Lindsay's romance — and rumors it began when Ben and Jen were still togther — she's not showing it. Recent photos of the actress taking her kids to church, getting ice cream with her daughter and even getting a parking ticket all show Jen wearing a big smile on her face. 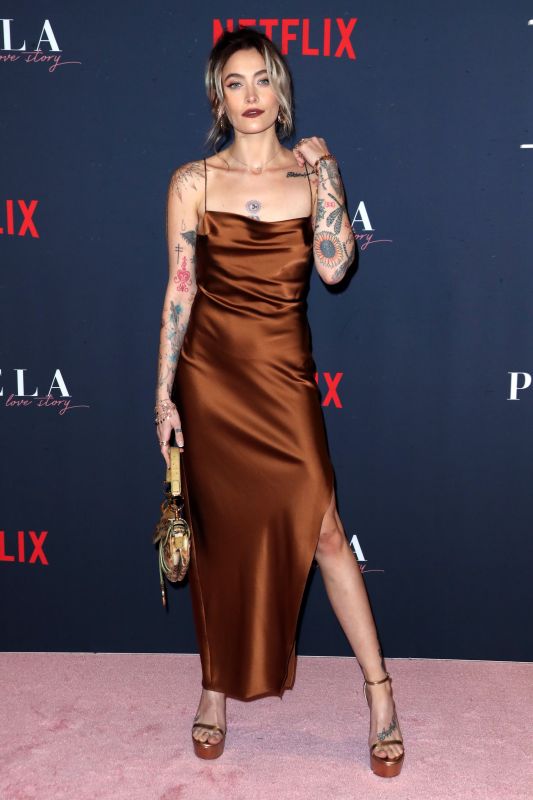