Selena Gomez is back with new music and many fans think the first single off her forthcoming album — her first in four years — contains digs aimed at famous ex Justin Bieber, with whom she had a tumultuous on-off romance from 2011 to 2018. On Oct. 23, Selena dropped the track "Lose You to Love Me," which features lyrics about moving on from a damaging love. She sings, "We'd always go into it blindly / I needed to lose you to find me," as well as "Sang off-key in my chorus /'Cause it wasn't yours" and "In two months, you replaced us / Like it was easy / Made me think I deserved it," which many believe was a nod to Justin proposing to and eloping with model Hailey Bieber just months after he and Selena broke up last year. Selena diplomatically explained where the track came from: "This song was inspired by many things that have happened in my life since releasing my last album. I want people to feel hope and to know you will come out the other side stronger and a better version of yourself."

Elton John released his much anticipated memoir "ME" on Oct. 15. In the book, the music icon doesn't mince words when it comes to discussing some of the most famous and greatest talents in music and how they behaved. The 72-year-old Rocketman had some thoughts on the King of Pop, Michael Jackson. "God knows what prescription drugs he was being pumped full of, but every time I saw him in his later years I came away thinking the poor guy had totally lost his marbles. I don't mean that in a light-hearted way. He was genuinely mentally ill, a disturbing person to be around," Elton said. Elton discusses a Tina Turner joint tour that never materialized. "She didn't like my hair, she didn't like the color of my piano — which for some reason had to be white — and she didn't like my clothes. 'You wear too much Versace, and it makes you look fat — you need to wear Armani,'" he remembers her telling him. Elton also shared headline-making stories about Britain's royal family in his new book.

After months of teasing their nuptials, Nicki Minaj and Kenneth "Zoo" Petty finally got married in October. "👰🏽🤵🏽😢🙏🏽🎀 Onika Tanya Maraj-Petty 10-21-19," the rapper captioned a video showing off a pair of "Mrs." and "Mr." coffee cups as well as "Bride" and "Groom" hats on a counter. TMZ reported that the pair, who went public with their romance in late 2018, exchanged vows in front of just one person — a minister — at a private home in Los Angeles. TMZ further reported that the couple plans to have a big wedding for family and friends at a later date.

RELATED: Stars who got married in 2019

The Rock and Roll Hall of Fame class of 2020 nominations were announced on Oct. 15. Among the big-name artists up for the honor this round are Whitney Houston, Soundgarden, Pat Benatar, Dave Matthews Band, Depeche Mode and The Notorious B.I.G. In order to qualify for the 2020 class, the artists' first single or album had to be released in 1994 or earlier. Those who receive the most votes will be inducted on May 2, 2020, at the big ceremony at Cleveland's Public Hall.

We finally got confirmation! Months after reports claimed that Rihanna was asked to perform at the 2019 Super Bowl Halftime Show and declined, Bad Gal RiRi herself confirmed that she turned down the gig! In an Oct. 9 interview with Vogue, the Bajan beauty said she "absolutely" turned down the offer in order to stand in solidarity with former NFL player Colin Kaepernick, who was a leader in the take-a-knee movement. She continued, "I just couldn't be a sellout. I couldn't be an enabler. There's things within that organization that I do not agree with at all, and I was not about to go and be of service to them in any way."

Speaking of the Super Bowl Halftime Show… Twisted Sister singer Dee Snider went off on the NFL for what he claims is a lack of respect for heavy rock music. The rock legend took to Twitter on Sept. 27 after pop stars Shakira and Jennifer Lopez were announced as the 2020 Super Bowl Halftime Show performers to express that he felt the genre of music that "rocks the stadiums week after week, game after game, is completely ignored." He theorized that's because rockers don't "don't shake our a– enough!"

On Oct. 25, Kanye West released his oft-delayed ninth album, the Christianity-inspired "Jesus Is King," amid a flurry of revelations about his new musical path. Days earlier, the rapper — who started performing Sunday Services in January and this fall told fans he'd recently been "saved" — gave a nearly three-hour interview to Apple Music's Beats 1 radio host Zane Lowe in which he declared, among other things, "my job is to spread the gospel," "[I'm] no longer an entertainer" and that he's now "in service to Christ." Kanye, who isn't planning to make any more secular music, also shared that he believes he is "unquestionably, undoubtedly, the greatest human artist of all time" and insisted that "there will be a time when I will be president of the U.S." Meanwhile, reviews for his new album aren't great. The effort, which features 11 songs and clocks in at just 27 minutes, is, as Variety describes it, "West's second-shortest [album], his least percussive, and his first to feature absolutely no swearing. It's also not very good."

"Girl" singer Maren Morris is having a boy. On Oct. 22, the country music star and singer-songwriter husband Ryan Hurd announced that she's pregnant with their first child. "The irony is just too rich that after a year of living in the 'GIRL' [album] headspace, the universe would give us a baby boy to even things out," she captioned a photo of herself debuting her baby bump on Instagram. "See you in 2020, little one."

Lil Nas X has reached another major milestone with his hit song "Old Town Road." The track has now achieved Diamond status — which means it's moved 10 million certified units — the Recording Industry Association of America confirmed on Oct. 22. "Old Town Road" is also now the song that's hit the mark the fastest, Billboard reported, and the first song of 2019 to reach Diamond status. It's also just the second single with a "country" label to reach the mark, with Florida Georgia Line's "Cruise" being the first.

Legendary opera singer Placido Domingo has resigned his position as the general director of the LA Opera, with the news confirmed on Oct. 2. The move comes after he was accused of sexual harassment in August. He released a statement saying, "recent accusations that have been made against me in the press have created an atmosphere in which my ability to serve this company that I so love has been compromised. While I will continue to work to clear my name, I have decided that it is in the best interests of LA Opera for me to resign as its general director and withdraw from my future scheduled performances at this time." He'd held the position since 2003.

New music star Lizzo defended herself against claims that she plagiarised her smash hit "Truth Hurts." On Oct. 23, she posted a note on Instagram explaining how the hit track came about, also writing, "That song is my life, and its words are my truth." Songwriting brothers Jeremiah and Justin Raisen had alleged days earlier that in April 2017, they took part in a writing session with Lizzo and others that resulted in a song with the now-famous lyric "I just took a DNA test / turns out I'm 100 percent that b—-." Lizzo wrote that the "DNA test" line was actually inspired by a meme "that resonated with me, a meme that made me feel like 100% that b—-. I sang that line in the demo, and I later used the line in 'Truth Hurts.'" When she later learned the meme was inspired by a tweet from artist Mina Lioness, she gave her a writing credit on the single. According to Lizzo, "The creator of the tweet is the person I am sharing my success with… not these men. Period."

The hip-hop community came out in force in Atlanta on Oct. 5 for the annual BET Hip Hop Awards where stars like Travis Scott, Cardi B, J. Cole, Lil Nas X and Megan Thee Stallion were among the night's big winners. Rap legend Lil' Kim took home the "I Am Hip Hop Icon" Award and, clad in Gucci, led the best and worst fashion choices on the red carpet.

The Latin American Music Awards were celebrated in Los Angeles on Oct. 17. Stars including Becky G (pictured), Chiquis Rivera, Jason Derulo and Sofia Reyes were among the night's famous attendees, while top winners included Anuel AA, who took home five prizes including artist of the year and album of the year for "Real Hasta La Muerte." The red carpet was also full of some incredible fashion hits and misses.

K-Pop singer Sulli (pictured) was found dead of an apparent suicide on Oct. 14. She was 25. Drummer Kenny Dixon of Kane Brown's band was killed in a car crash on Oct. 12. He was 27. Country radio legend Bob Kingsley passed away at 80 on Oct. 17 following a lengthy battle with bladder cancer. Iconic drummer and Cream co-founder Ginger Baker, who had a reputation for being wildly talented and wildly volatile, died at 80 on Oct. 6. Little Feat guitarist and vocalist Paul Barrere died on Oct. 26 at 71. He had been receiving treatment for liver issues following a 1994 hepatitis C diagnosis and a 2015 liver cancer diagnosis. 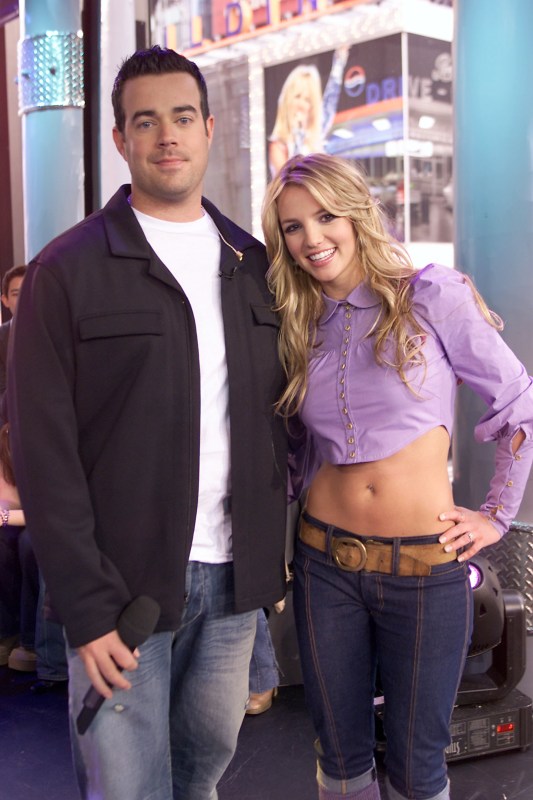