Hear ye, hear ye, we have a baby! On April 23, Duchess Kate and Prince William welcomed a baby boy. Kensington Palace announced the news on Twitter. "Her Royal Highness The Duchess of Cambridge was safely delivered of a son at 1101hrs," the tweet read. "The baby weighs 8lbs 7oz.The Duke of Cambridge was present for the birth. Her Royal Highness and her child are both doing well." Per tradition, the Town Crier also announced the birth from the steps of the Lindo Wing outside St. Mary's Hospital. Four days later on April 27, the couple announced that they'd named their third child — who's fifth in line to Britain's throne — Louis Arthur Charles. "The baby will be known as His Royal Highness Prince Louis of Cambridge," Kensington Palace tweeted.

Richard Gere secretly married his girlfriend this spring, according to multiple reports published on April 23. Spain's HELLO! magazine added that Richard, 68, and Alejandra Silva, 35, are planning to celebrate their nuptials with a family party at their New York home on May 6. The exact date and location of the wedding isn't known. A source confirmed the marriage news to People magazine too, saying the duo married "weeks and weeks ago" and are "extraordinarily happy." The source added, "They're so comfortable with each other, have fun together and are looking forward to their future together." This is Richard's third marriage. He and Alejandra have dated since the summer of 2014.

Dwayne Johnson and his longtime girlfriend, Lauren Hashian, welcomed a little pebble to their brood, he announced on April 23 on Instagram. They named their newborn daughter Tiana Gia Johnson. In his announcement, The Rock shared an image of himself holding his baby girl. "Skin to skin. Our mana. Blessed and proud to bring another strong girl into this world," he said. "Tiana Gia Johnson came into this world like a force of nature and Mama @laurenhashianofficial labored and delivered like a true rockstar." He added, "I was raised and surrounded by strong, loving women all my life, but after participating in baby Tia's delivery, it's hard to express the new level of love, respect and admiration I have for @laurenhashianofficial and all mamas and women out there." Dwayne and Lauren are also parents to daughter Jasmine, 2. He also has daughter Simone, 16, from his first marriage.

Another baby is on the way for the Middleton clan. Pippa Middleton, sister of Duchess Kate, is reportedly pregnant with her first child! Pippa hasn't officially confirmed the good news but according to an April 22 report in The Sun, she and husband James Matthews told family and friends following Pippa's 12-week ultrasound. "Naturally, big sister Kate and parents, Carole and Michael, were the first people she told — James aside — and they could not have been more delighted," a source told the British tabloid. Pippa married James in May 2017.

After a slew of celebrities and even politicians rallied around him, Meek Mill was released from prison on April 24. Meek has been behind bars for more than five months for a minor probation violation linked to his original 2008 arrest. His team had argued for months that the cop who arrested him in the first place was crooked, and they also argued that the judge in the case had a grudge against Meek, keeping him in prison (even prosecutors asked that his conviction be overturned). In a statement, the rapper said, "I'd like to thank God, my family, my friends, my attorneys, my team at Roc Nation including JAY-Z, Desiree Perez, my good friend Michael Rubin, my fans, The Pennsylvania Supreme Court and all my public advocates for their love, support and encouragement during this difficult time. While the past five months have been a nightmare, the prayers, visits, calls, letters and rallies have helped me stay positive. To the Philadelphia District Attorney's office, I'm grateful for your commitment to justice — not only for my case, but for others that have been wrongfully jailed due to police misconduct. Although I'm blessed to have the resources to fight this unjust situation, I understand that many people of color across the country don't have that luxury and I plan to use my platform to shine a light on those issues. In the meantime, I plan to work closely with my legal team to overturn this unwarranted conviction and look forward to reuniting with my family and resuming my music career." Immediately after his release, he headed to the 76ers game… in a helicopter. What's that adage about being free as a bird?

The verdict is in

"America's dad" Bill Cosby was found guilty of three counts of aggravated indecent assault against Andrea Constand. The jury deliberated for 14 hours. The victim claimed that the disgraced 80-year-old comedian drugged and sexually assaulted her in his home in January 2004. The comedian is now facing a maximum sentence of 10 years in prison for each count and the possibility of fines up to $25,000 for each count. Most believe the sentences will run concurrently. A sentencing hearing has not yet been scheduled, and Cosby remains out on bail.

Miranda Lambert is off the market again. The country singer is reportedly dating Turnpike Troubadours frontman Evan Felker. The duo met while his band opened for Miranda on her Livin' Like Hippies tour. Here's the problem: Evan is still married, albeit now going through a divorce. In addition, both Us Weekly and In Touch implied that the new romance allegedly started when she was still with now-ex Anderson East and Evan was still wed. "They are very much involved," a source told Us of Miranda and Evan. A second source added that the two "started spending a lot more time together while on the road" and that things just "happened" between them. Things took a new turn on April 25 when Miranda's ex-husband, Blake Shelton, seemed to hint on Twitter that there was infidelity in their marriage on her part. "Been taking the high road for a long time.. I almost gave up. But I can finally see something on the horizon up there!! Wait!! Could it be?! Yep!! It's karma!!" he wrote, later re-tweeting a message from a fan containing a crystal-ball emoji and the message "this is what the #TRUTH feels like!!!" For you history buffs, Miranda and Blake have both previously admitted that they fell for one another back in 2005 when he was still married to his first wife.

What's going on with Kanye West? That's the question many asked this week after he exhibited some headline-making behavior. A report surfaced on April 23 claiming that Kanye had an outburst during a recent studio session in which he shouted, "Yeezy is the new Apple." That same day, he called Hot 97.1's Ebro in the Morning to repeatedly say, "I love you." He even broke into Stevie Wonder's "I Just Called to Say I Love You." Then, on April 24, news emerged revealing Kanye had severed ties with manager Scooter Braun. He also got rid of his two music lawyers. The reason: He reportedly wanted those people totally devoted to him and his brand and didn't want them having other clients. On April 25, he went on a tweeting spree wherein the topics covered political aspirations, being affectionate and Yeezy sales. He also called President Donald Trump his "brother" and touched on his now-absent management. "I can't be managed," he said in one tweet. In another, he said, "I'm nobody's client." According to The Blast, many in Kanye's inner circle are worried about his mental health in the wake of his 2016 breakdown. However, a source also insisted to The Blast that the Kardashian family thinks Kanye is "perfection" and "has never been better." Wife Kim Kardashian West took to Twitter to aggressively defend the rapper-designer — while making clear she didn't share his love of Trump — and pal John Legend reached out via text to encourage Kanye to reconsider his support for Trump. Kanye then posted their text exchange on Twitter!

"Smallville" actress Allison Mack was in federal court on April 24 to answer to sex trafficking charges. The actress was arrested last week after authorities determined she was deeply involved in the self-help group NXIVM and a smaller organization within it that prosecutors allege was actually a sex cult. She's been formally charged with sex trafficking, sex trafficking conspiracy and forced labor conspiracy. She faces up to 15 years in prison if convicted. Prosecutors claim Allison and NXIVM co-founder Keith Raniere — who's also been arrested — used coercive sex, restrictive diets and blackmail to keep members quiet. Prosecutors allege that the women were essentially "slaves," while Allison and Keith were "masters." On April 24, she was released from jail into her parents' custody after posting a $5 million bond. Multiple reports indicate that she is working on a plea deal.

Scarlett Johansson and Colin Jost made their red carpet debut as a couple on April 23 at the premiere of her film "Avengers: Infinity War." The duo arrived arm-in-arm and even kissed on the red carpet. The actress and the "Saturday Night Live" star were first romantically linked in May 2017. 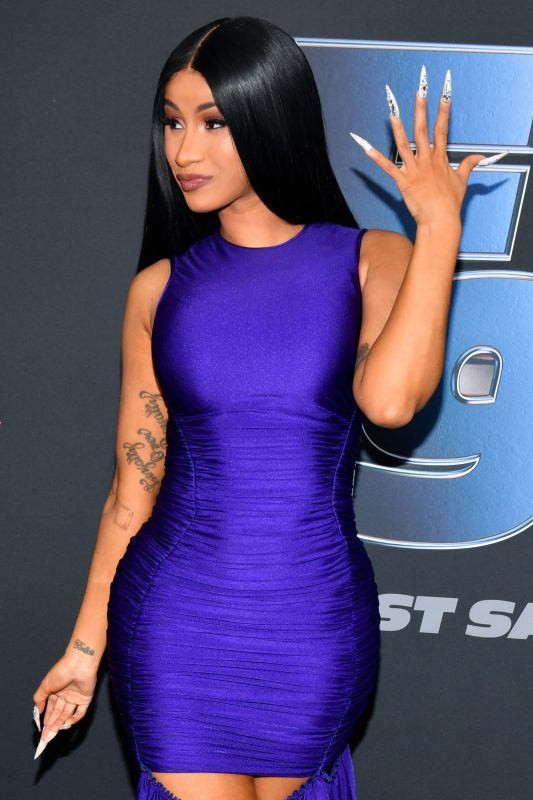