Let's time travel back to 2007 — when Justin Timberlake topped the charts, Rihanna's "Umbrella" was all over the radio and shiny minidresses with metallic heels reigned supreme on the red carpet. In honor of the MTV Video Music Awards airing on Aug. 27, 2017, we're taking a look back at what the stars wore to the annual award show a decade ago — starting with the one and only Paris Hilton! The heiress-turned-reality star donned this slinky, very late-'00s leopard-print dress with silver pumps. Keep reading to see even more funky 2007 VMAs fashion!

Hot pink was a hot shade at the 2007 MTV VMAs. Big winner of the night Rihanna stepped onto the red carpet in this vibrant, strapless, floor-length gown with black piping on its scandalously low bodice.

It's not surprising that Beyonce was up for tons of MTV VMAs in 2007, but it is surprising that she lost out on all except one (She and Shakira took home a Moonman in the Most Earthshattering Collaboration category for "Beautiful Liar"). Maybe she should blame it on this unlucky, unfortunate dress? The star sported this golden Grecian-inspired gown for the big event that year.

More silver stilettos! Jennifer Garner made an appearance at the 2007 show wearing this tiny white minidress with silver detailing, accessorizing with those shoes of the moment.

Ludacris cleaned up nicely for the VMAs! The rapper looked polished in a gray suit with some odd colors and stripes underneath.

Alicia Keys kept things classic at the 2007 MTV VMAs in an LBD with cool leather paneling and a pair of strappy black heels.

Ashlee Simpson was an MTV darling in the '00s. She attended the VMAs in this cute gray-and-black minidress.

We're used to Solange Knowles taking risks on the red carpet these days, but back in 2007, she played it safe in a strapless pink-and-gray minidress with metallic heels.

Kid Rock arrived at the 2007 VMAs in exactly what you'd expect Kid Rock to be wearing — a fringed western shirt, a big buckled belt, jeans and cowboy boots.

More hot pink! Megan Fox donned a bright pink bandeau dress with — what else? — metallic pumps at the 2007 MTV VMAs.

Ashanti was hip-hop royalty in the '00s. The star dressed to impress in this sparkly metallic mini for the 2007 award show.

Nelly Furtado, is that you? The singer revamped her career in the late '00s and showed off a sleeker, sexier look at the 2007 VMAs in a black jumpsuit and blonde bob.

Hayden Panettiere got an invite to the 2007 MTV VMAs and donned the dress of the day — a shiny, slinky, ruched electric blue number. She accessorized with gold hoops, a gold clutch and funky see-through heels.

Oh, Ne-Yo. Why? That's the question we have for the R&B superstar, who opted for this ill-fitting gray suit that he accessorized with a bandana and fedora.

Pussycat Dolls star Nicole Scherzinger showed up on the red carpet in a black-and-gold minidress with a lengthy, dramatic train.

Kat Von D arrived at the MTV VMAs in her signature style back in '07 — a zippered leather vest sans shirt and embroidered lace-up pants, all the better to show off plenty of her inked skin. 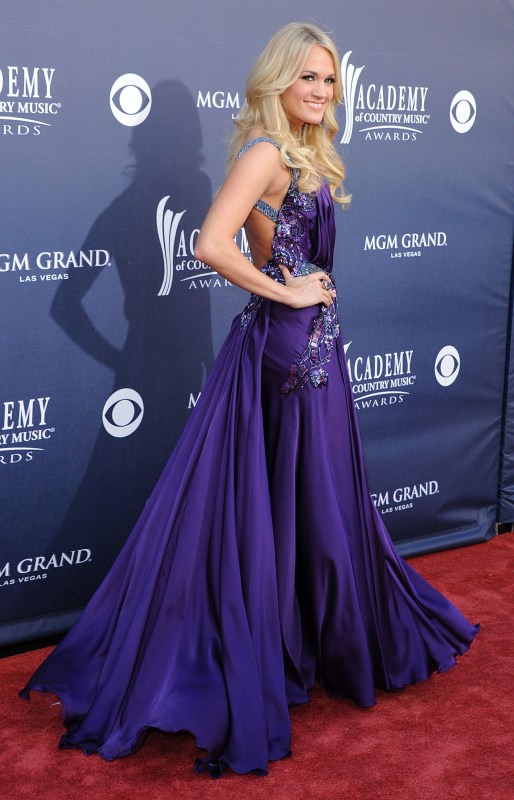 Up Next Red Carpet Rewind!