There are plenty of things we love about the Met Gala: the fabulous fashion, the avant garde looks and, of course, the celebrity PDA. In celebration of the 2018 Metropolitan Museum of Art's Costume Institute Benefit Gala on May 7, 2018, Wonderwall.com is revisiting some of the cutest couple moments from Met Galas past, starting with Alexis Ohanian and Serena Williams. The tennis player, who was pregnant with daughter Alexis Olympia Ohanian, shared a loving look with her then-fiance at the 2017 Met Gala. Keep reading to see other super-cute PDA moments from Met Galas past!

George Clooney made sure to give his wife, human rights lawyer Amal Clooney, a kiss at the 2015 Met Gala.

Selena Gomez was all smiles as she shared a smooch with former boyfriend The Weeknd. The couple called it quits in October 2017 after ten months of dating.

Claire Danes and Hugh Dancy looked as in love as ever at the 2017 Met Gala in New York City.

Married couple Keith Urban and Nicole Kidman held hands while they walked the red carpet at the 2016 Met Gala.

Robert Pattinson and then-fiancée FKA Twigs looked at each other longingly at the 2015 Met Gala. The couple called off their engagement in October 2017.

Elle Macpherson and her former partner Arpad Busson were all smiles at the 2005 Met Gala. The former lovebirds called it quits in 2005.

Sofia Vergara and Joe Manganiello were spotted smooching at the 2015 Met Gala in New York City.

Gwen Stefani and her former hubby Gavin Rossdale walked hand-in-hand at the 2013 Met Gala. Sadly, the couple split in 2016 after 14 years of marriage.

Elizabeth Hurley and former husband Arun Nayar held hands while posing for photos at the 2006 Met Gala. They split five years later in 2011.

Fashion queen and Vogue Editor-in-Chief Anna Wintour was escorted to the 2005 Met Gala by her longtime partner J. Shelby Bryan.

Comedian Jerry Seinfeld and wife Jessica Sklar looked adoringly at each other at the 2003 Met Gala.

Kelly Osbourne shared a kiss with her then-fiance, vegan chef Matthew Mosshart, at the 2013 Met Gala. The pair would call off their engagement a few months later in January 2014.

Joshua Jackson held hands with his former long-time love, actress Diane Kruger, at the 2008 Met Gala. The couple called it quits in 2016 after 10 years of dating.

Matt Damon held his beautiful wife Luciana Damon's hand while they walked the red carpet at the 2017 Met Gala.

Bradley Cooper shared a sweet kiss with his former girlfriend, model Suki Waterhouse, at the 2014 Met Gala. The couple called it quits in 2015.

Janet Jackson walked hand-in-hand with her boyfriend, producer Jermaine Dupri, at the 2008 Met Gala. The twosome split a year later.

Cyclist Lance Armstrong gave his former girlfriend, designer Tory Burch, a look of love at the 2007 Met Gala. Their romance was short-lived, however, and the couple split in October 2007.

Long-time married couple Kelly Ripa and Mark Consuelos were picture-perfect together at the 2007 Met Gala, where they shared a love-filled hug.

Sean Penn and Charlize Theron walked the red carpet at the 2014 Met Gala holding hands. The couple reportedly got engaged a short time later but called it quits in June 2015.

Kirsten Dunst and rocker boyfriend Johnny Borrell shared some PDA with a little hand holding at the 2007 Met Gala. The couple broke up a little while later and Kirsten is now happily engaged to Jesse Plemons.

Mick Jagger and his then-partner, fashion designer L'Wren Scott, looked very much in love at the 2012 Met Gala. The couple dated until L'Wren's suicide in 2014.

Kimye PDA! Kanye West wrapped his arms around then-fiancée Kim Kardashian West at the 2014 Met Gala. They got married a few weeks later.

Ben Stiller and Christine Taylor walked the 2016 Met Gala red carpet arm-in-arm. Sadly, the couple filed for divorce in 2017 after 17 years of marriage.

Ralph Lauren and his wife of 54 years, Ricky Lauren, walked hand-in-hand at the 1997 Met Gala.

Hip-hop mogul Diddy and his long-time love, Cassie, checked each other out from afar at the 2017 Met Gala. 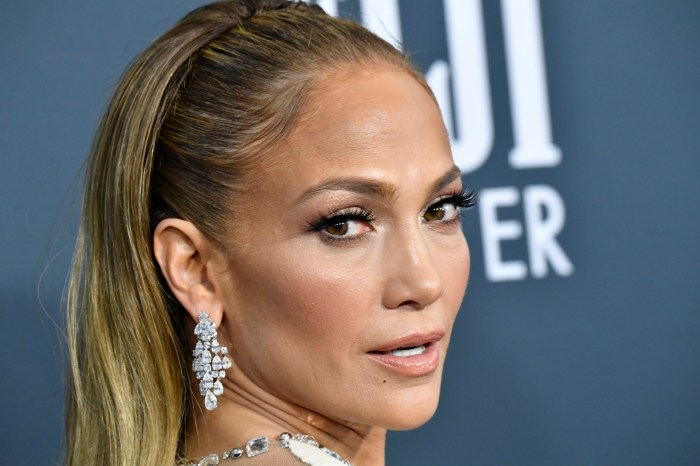 Up Next Surgery Slams