While Pete Davidson and Ariana Grande celebrated their reported engagement with a trip to Disneyland, TMZ did some digging with regard to the massive rock that now adorns Ariana's left ring finger. Turns out Pete commissioned New York City-based jeweler Greg Yuna, who goes by the name Mr. Flawless, to create a custom, $93,000 VVS1 clarity diamond set in platinum. It reportedly took two weeks for the piece to be completed, which, by the way, represents a significant chunk of the time the singer and "SNL" star have been dating. They went Instagram official last month, but both Ariana and Pete were in serious relationships as of this spring. Ariana split from Mac Miller in April and Pete reportedly called it quits with Larry David's daughter, Cazzie David, around the same time.

Chrissy Teigen and John Legend left their kids at home on Monday, June 11, to attend the Los Angeles Dodgers Foundation Blue Diamond Gala at Dodger Stadium in Los Angeles. Usually, though, they're both home divvying up their parenting duties. "When Chrissy's breast-feeding, I'm out playing with Luna in the yard," John told reporters who asked how life had changed for the couple since they welcomed their second child, Miles, in May, according to Us Weekly. "The idea of splitting up is a little different than what we had before. But it's good to have two of us there to handle the two of them." Miles was born premature and is still on the small side, making it hard to tell whether he's starting to resemble his mom or his dad. "He's so tiny," John said. "If you look at Luna's pictures, when she was a couple weeks old she looks a lot different now than she looked then. So we'll give him time to grow into his face." In the meantime, the singer said he and Chrissy are enjoying one special fringe benefit of parenthood: "It made us more of a team, even more so than we were before," he explained. "When you have a joint project like this, raising kids together, I think for us, it's brought us closer together." That might explain why he's not sure the family's done growing just yet. "We'll probably have more," he admitted.

Lena Dunham and Jack Antonoff get flirty on Instagram

Splitting up clearly didn't extinguish all the sparks between Lena Dunham and Jack Antonoff. On Monday, June 11, the exes exchanged a few wry yet flirtatious comments on Instagram that had outlets like People wondering if they were headed for on-again status. "I have two cats but only one sleeps on my face and sits on my lap while I pee," Lena wrote, sharing a photo of herself in bed with one of her cats. "The positive effect Gia Maria Carangi has had on my mental health cannot be overestimated," she added. Spotting the post, Jack chimed in, "Why are you awake?" to which Lena promptly replied, "cuz [sic] it's the prime time to catch you on the gram, four eyes." Lena and Jack dated for five years before going their separate ways in January. The "Girls" creator later said she'd continued to wear a ring Jack had given her, "because love is a really cool, powerful, eternal thing. It doesn't have to be defined the way that we, in Western culture, define it as beginnings and ends." In March, Jack was linked to artist Carlotta Kohl.

North West and Sir Carter may have been unusual baby names, but if Hilary Duff's son, Luca, gets his way, his little sister could end up with the most, um, unique name in Hollywood history. The "Younger" star stopped by "The Late Late Show with James Corden" this week, where she chatted about how Luca, 6, is handling the news that she's expecting a baby girl with her boyfriend Matthew Koma. "The beginning was a little, a little a … he was surprised. And now he's warming up to the idea," Hilary said, according to E! News. Luca's also determined he knows just what Hilary and Matthew should call the baby. "We're open to suggestions, but Luca thinks Cofant Croissant is, like, the coolest name," she explained. "And when I just refer to it as 'Cofant,' and I'm like, 'That would be so cool, no one at school's going to be named Cofant,' he's like, 'Croissant. Cofant Croissant. It goes together. There's no separating the two.'" Looking on the bright side, James pointed out that someone named Cofant Croissant would surely be destined for greatness."There's no way they're not a success in whatever they turn their hands to. No one's ever, like, working in a call center called Cofant Croissant," he joked. "I don't think you should rule it out. Either Cofant Croissant or Michelle." Luca has some other helpful ideas about the baby, too. "He told his friend at school the other day that he's having a sister that's part red-butt monkey," Hilary said, looking ready to crack up. "So, we'll see. We never know."

Oprah Winfrey on Anthony Bourdain, Kate Spade: 'Every death is here to teach us how to live better'

From Oprah Winfrey's perspective, the suicides of Anthony Bourdain and Kate Spade should offer a lesson about life for the rest of us. "Every death, not just Anthony Bourdain, not just Kate Spade, not just people who are famous and names that we know … every death is here to teach us how to live better," Oprah tells "Extra" (via Page Six). "Every death is here to remind us of our own life and the value of it," she continued. "So what will come of these deaths in sequence like this, the suicides, is a more open desire to talk about it. There are lots and lots of people who have not been forthcoming because they are ashamed still of talking about mental illness in their family and mental illness in people around them, but it is serious and it is real." Both Anthony and Kate reportedly suffered from depression and anxiety for years before taking their own lives this month. "I actually think social media and society in general have made it worse for people, because everybody is trying to maintain a standard that cannot be held," Oprah added. "So I think it's an open door for conversation for all of us to get better."

The woman who filed a lawsuit alleging Charlie Sheen exposed her to HIV by having unprotected sex with her without telling her about his diagnosis has filed new documents denying the actor's claim that he told her he had HIV before they had sex. According to TMZ, the woman, whose identity has not been revealed, says she contacted him as advised by her doctors so she could find out what medication he was using and was forced to sign an NDA in order to get the info she was after. She also claims four "thuggish" men were involved in talking her into signing the document, which she alleges she didn't fully understand as English is not her first language. She claims she was afraid for her safety, so she signed. Charlie has said she is simply trying to extort him.

Big things lie ahead for True Thompson! At least, that's what the stars are predicting. On her app this week, Khloe Kardashian shared what she learned from a birth chart Susan Miller made for the 8-week-old cutie and it seems True's destined to be quite the student. "True will do really well in college and may go for advanced degrees at the best schools," Khloe writes (via Life&Style). "She would be a great writer, publisher, reporter or documentary filmmaker — so, she definitely needs a camera! She could even be a lawyer." Khloe added that the little girl she shares with Tristan Thompson will "also be interested in making something that people will buy and she doesn't mind being behind the scenes, making big decisions. Failure isn't an option for her." The chart delves into predictions for True's future love life, too. "She attracts unusual people around her and is stimulated by them," Khloe continues. "She's also attracted to powerful people who could be detrimental to her finances. She'll likely marry someone in entertainment or politics, and they'll have a forever-after fairytale romance." Finally, Khloe revealed she and her little one are likely to be close, thanks to the fact that Aries (True) and Cancer (Khloe) are opposite one another on the zodiac spectrum, making them ideal companions. Whether True's dad, Tristan, can be an ideal companion for Khloe remains to be seen, although so far, they seem to be trying to work things out. Since the NBA star's cheating scandal surfaced, Khloe's remained in Cleveland. When she and Tristan stepped out for a birthday party together over the weekend, an onlooker said she and Tristan both looked "happy" and seemed not to be harboring any "animosity" towards one another.

Rob Kardashian's largely avoided the spotlight since his split from Blac Chyna turned ugly and stress like the lawsuit she filed against him may be causing problems for him on a physical as well as well as an emotional level. A source tells People that Rob's weight continues to fluctuate. "He can't seem to get healthy even though he says he wants to be. He's constantly up and down," says the insider, adding that the reality star lost "some weight" last year but seems unable to maintain that. "Things were looking good for him. But then drama comes into his life or he goes through tough times and he gives up," the source explains. "Food is the hardest part for him. He's a big comfort eater." Both Rob and Chyna reportedly had weight loss surgery while they were together but it's unclear where his weight is today. Speaking to People back in 2016, he explained he'd given up appearing on camera alongside his family members on "KUWTK" because "I gained a bunch of weight and was super uncomfortable in my skin," at the time. "The whole weight thing really affected me," he added.

Demi Lovato is 'sick, bored and bummed out' as she nixes another show due to vocal cord issues

Two days after vocal cord problems forced Demi Lovato to cancel her scheduled performance in London, the singer announced she has to skip a second show on the tour. "I'm literally gutted that I have to postpone this next show in Birmingham.. I've never had to miss shows due to my vocal chords or being sick in my LIFE," she tweeted this week. "This seriously sucks.. haven't left my hotel room in 2 days now. Sick, bored and bummed out," she added before cracking a joke about her apparently unpleasant trip to the doctor. "Most exciting part of my day? Getting a camera shoved up my nose and down my throat to look at my vocal chords [sic]. Still less invasive than paparazzi," she posted. According to the New York Post, Demi rescheduled both concerts. She's now set to perform in London on June 25 and in Birmingham on June 29. 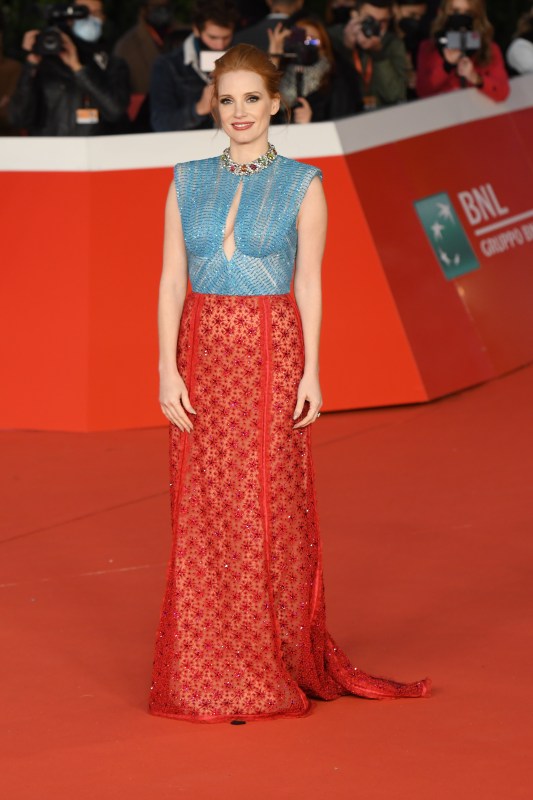