Ashley Graham reveals she was sexually harassed on the job

Ashley Graham has dealt with her share of sexual harassment at work. In Glamour's July edition, when asked about how she establishes boundaries on set, the Sports Illustrated model recalls being stunned when she was cornered and propositioned as a teenager. "There was an incident on set of a campaign job when I was 17 years old ― I haven't told this story ― and there was a photo assistant who was into me," Ashley says. "He was like, 'Hey, come here,' and he led me into a closet. And I was like, 'What?' I thought he was going to show me something." He proceeded to pull her inside the closet with him and reveal a certain part of his male anatomy. "… He was like, 'Grab it.' And I was like, 'No! That's disgusting.' I freaked out. And thank God I was closer to the door, and I just bolted out," Ashley says. "I've seen him at jobs since. I even knew a girl he dated," she said. "I didn't tell her because there was a voice in me that said, 'Maybe he's changed.' It was my young mentality. But I told myself, ever since that incident, that I wasn't going to allow someone at work to manipulate what I wanted to do on set. So any image that you see out there is one that I wanted to take."

Did Tyga dis Kylie Jenner on his new single, 'Playboy'?

Is there a future for these two after all? If his new track "Playboy" is any indication, Tyga seems to believe his off-again ex Kylie Jenner could soon be knocking on his door once more. On the new single, Tyga raps: "She a superstar / She got it bad for me / If I hang up, she call right back to me / You cut her legs off / She crawls right back to me / I call it playboy tenacity." And according to Us Weekly, fans think there's no question the lines are about Kylie, who split from the rapper earlier ths year. If Kylie has any plans to take Tyga back, it's probably news to her — and to her new beau, Travis Scott. The pair went public with their relationship at a basketball game in April. Since then, Travis has reportedly told friends he and the reality star "are the real deal."

Celebs are going crazy for 'Wonder Woman' on social media

Are you feeling the #Wonder? Patty Jenkins' "Wonder Woman" is riding high on a record-breaking $100.5 million weekend at the box office — the highest grossing domestic debut for a female director — and celebs like Jessica Chastain, Octavia Spencer and Dwayne "The Rock" Johnson are all about the script-flipping superhero blockbuster. While Jessica shared "Wonder Woman"-meets-Beyonce shoutout in the form of a tweet that read, "Ok ladies, now let's get in formation #WONDERWOMEN," Octavia posted a thoughtful take on why the movie is so important right now. "I am so stoked that #WonderWoman is having her moment," she wrote on Instagram (via MTVNews). "To all of the mothers out there who want to influence your girls and educate your boys about the value of strong women, do yourselves a favor and make a date to take them to see this movie. The #Amazonians aren't just beautiful and fit, they are intelligent, speak many languages, and understand science. Yep, they have brains!!!!! Women of various body types and ethnicities had me on the edge of my seat. So much so, that I'm paying to see it again. But this time I'm going with friends. #BringABuddy. P.S. I can't wait for #BlackPanther PSPS. Patty, please have more scenes on the island in the next installment." The Rock, whose own movie "Baywatch" was competing for box office gains over the weekend, tweeted his support for the flick, too, writing, "Great win for the biz. Fans loving the movie. So happy for my homegirl Gal! Awesome human." Elizabeth Banks, Kerry Washington, Lupita Nyong'O and Chloe Moretz were among the other celebs who hightailed it to the theater to catch Gal Gadot in action.

In other "Wonder Woman" news … could this guy beat Diana Prince in a fight? That's what Katie Couric wanted to know when she sat down with Gal Gadot recently for a chat. In a video she tweeted out on Friday, June 2, Gal looks at the camera and challenges Chris. "Now, they asked me who would win, Wonder Woman or Thor? And I think it's Wonder Woman. Don't you, Chris?" she asked. Responding to the tweet, Chris promptly agreed that Thor would suffer a similar fate as Ares in the film. "@katiecouric @GalGadot I think she'd kick Thor's a**," Chris tweeted (via E! News). Wonder Woman, it seems, wasn't satisfied, though. "@chrishemsworth @katiecouric I always knew you were a smart guy :)," she replied. "But I think its worth a fight . we should collide worlds😏."

A week after rumors surfaced suggesting Rob Kardashian is dating reality star Meghan James, TMZ is claiming Meghan was behind the whole thing, which seemed a bit off from the start given Rob's simultaneous tweets about Blac Chyna. Initially, In Touch and Us Weekly both reported the Rob and Meghan were seeing each other for a matter of months, with In Touch noting the Kardashians were "concerned" about Meghan's stability (or lack thereof). When Rob denied the romance news on Twitter, saying he'd never even met the "Basketball Wives" and "Bad Girls Club" alum, Meghan retweeted his denial. According to TMZ, however, Meghan's team dreamt up the story to increase her profile and social media followers. And their efforts apparently worked: In one week, TMZ reports Meghan's Instagram followers doubled, jumping to more than 800,000.

Katie Holmes is a Harvard student.Last week, the actress kicked off her enrollment at Harvard Business School, where she's already pitched in as a speaker in The Business of Entertainment, Media, and Sports program, according to posts on the school's Instagram. "I am so thankful and excited to be @harvardhbs with so many brilliant people," Katie wrote in a post of her own, sharing a photo of her name and seat assignment. Other famous Harvard Business School alums include Tyra Banks, Channing Tatum and LL Cool J, according to the New York Post.

Though he's returned to comedy, Tracy Morgan is still dealing with the effects of a 2014 car accident with a Walmart truck that killed his friend and nearly killed him. Among those lingering issues is a deposition request from Ohio Casualty, the insurance company that represents Walmart in the case. Tracy's lawyerBenedict Morelli recently told the New York Post his client is refusing to be deposed because "it will lead to nothing." Ohio Casualty reportedly aims to prove Tracy "exaggerated his injuries," which included broken ribs, broken legs and a brain injury, in order to get a rumored $90 according to the Post. Although Tracy and the others involved in the car accident reached a deal with Walmart around the same time the driver of the Walmart truck pleaded guilty to vehicular homicide and aggravated assault, a New Jersey federal lawsuit against Walmart is ongoing. In that suit, Walmart's insurer is questioning Tracy's injuries and spending habits following the initial settlement. Tracy's lawyer says the company has access to all of Tracy's medical records as well as his tax returns. "It's all about harassment," the attorney said. "They're making my clients victims again so that they could save their insurance company some money."

Is Janet Jackson making a docu-series about Wissam, their son and her tour?

Before she welcomed her son, Eissa, with her now-ex Wissam Al Mana, Janet Jackson had been laying low, dodging the spotlight and seemingly enjoying married life. Now that she's had her baby and moved on from her marriage, she's apparently getting ready to tour again. That might not be the only way she's getting back into the spotlight. A report from The Sun claims Janet is in talks with Netflix about a 10-part docu-series that the tab reports "will feature recording sessions in the studio, co-parenting her child with Wissam and preparing for the European and Asian legs of her tour," according to Celebitchy. No word yet from Janet herself as to whether the rumored documentary is a go.

Prince Harry spent the weekend getting to know 80 Muslim kids in Singapore, where he joined a group at the Jamiyah Children's Home for a traditional, daily fast-ending Iftar meal, a key part of Ramadan. According to E! News, the prince bowed his head as the secretary-general of the organization that runs the home honored the families and victims affected by the terror attack on the London Bridge. The group, Jamiyah Singapore, works to support homeless children and recovering addicts. Harry also visited a mobile HIV testing center. Earlier this year, the prince joined Rihanna in Barbados where the two got tested to raise awareness about World AIDS Day. Harry's trip to Singapore is slated to last two days.

Ludacris confirms his feud with Drake is over

It's been a decade since Drake dissed Ludacris and other rappers for mis-using the flow from "Supa Dupa" in their music. The comments sparked a high-profile feud between the two that seemed on the verge of ending when Drake addressed it at the Billboard Music Awards in May. "Ludacris, we haven't always seen eye to eye, but I've always been a big fan of yours and I got a lot of love for you," he said at the time. "I want to let you know that face to face while I'm still here." So did Luda accept Drake's peace offer? HipHopMyWay.com reports that he did, telling the New York Daily News "everything was good" and that the two had discussed ending the feud before Drake took the stage. 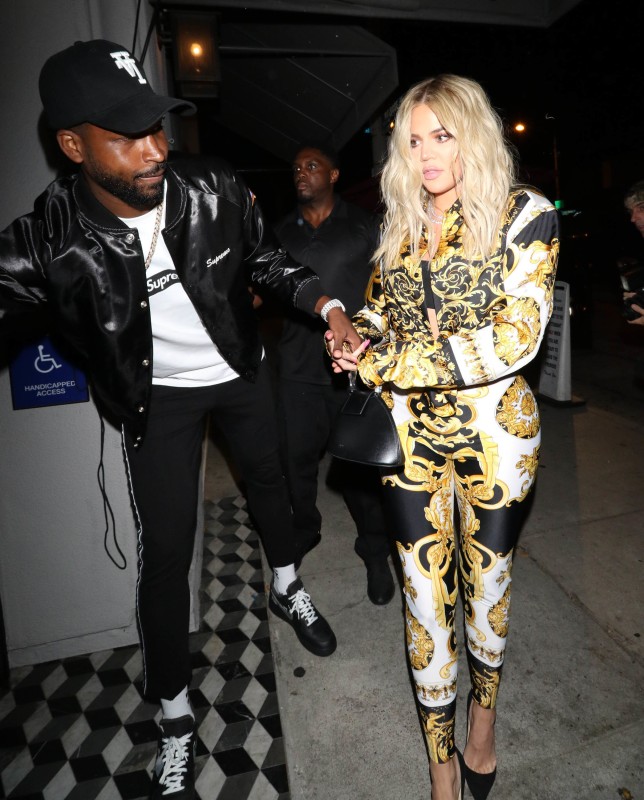