Bethenny Frankel and her BStrong disaster relief foundation are hard at work sending much needed supplies to Texas as millions of residents face ongoing power outages, water issues and multiple winter storms. "Given the current humanitarian crisis in Texas, #BStrong is loading trucks of aid to distribute to those ravaged by power outages, sub zero temperatures, lack of and contaminated water, death, and homelessness," Bethenny shared on Instagram on Thursday, Feb. 18, alongside photos of "tireless warriors" loading up the supplies in a warehouse. The Daily Mail reports the aid group, working in tandem with the Global Empowerment Mission, are routing more than 1 million bottles of hand sanitizer, plus "BStrong Family Boxes" including food, hygiene supplies, PPE gear and more for thousands of people to Texas. As Bethenny told followers on social media, their efforts to help Texans navigate days without power or clean water in freezing cold weather are part of an $80 million project to assist with "crisis relief and PPE" needs around the world. "We operate without bureaucratic red tape, no drama & no waiting. 💯% goes directly to the effort, as always," she added.

Dolly Parton has formally requested that Tennessee legislators nix a bill to erect a statue of the singer-songwriter at the state Capitol — and as scores of Twitter users pointed out this week, she did so for the most Dolly reason ever. "I am honored and humbled by their intention but I have asked the leaders of the state legislature to remove the bill from any and all consideration," she tweeted on Thursday, Feb. 18, after thanking the legislature for their interest in supporting the bill. "Given all that's going on in the world," she continued, "I don't think putting me on a pedestal is appropriate at this time." Tennessee Rep. John Mark Dwindle introduced the bill in January, according to the Chattanooga Times Free Press. He said it would be paid for by gifts, grants and donations and would allow the state to honor the 75-year-old music legend, "for all that she has contributed to" Tennessee, including her extensive philanthropy. Dolly's Twitter statement ended with more humble selflessness. "I hope, though, that somewhere down the road several years from now or perhaps after I'm gone if you still feel I deserve it, then I'm certain I will stand proud in our great State Capitol as a grateful Tennessean," she wrote. "In the meantime, I'll continue to try to do good work to make this great state proud." Dolly's "thanks but no thanks" on the statue comes after she told the AP in an interview that she has yet to get the COVID-19 vaccine that her $1 million donation helped fund because she's waiting, "until some more people get theirs" and she doesn't "want it to look like I'm jumping the line."

Former "Bachelorette" Tayshia Adams is all for host Chris Harrison's plan to "[step] aside" from his duties on "The Bachelor" "for a period of time" after he was hit with backlash for comments he made about a contestant's history of attending a plantation-themed ball and dressing up like a Native American. During an appearance on "Click Bait with Bachelor Nation," Tayshia called Chris' decision "a really good thing." "He said, 'By excusing historical racism I defended it,' which is the absolute truth, and the fact that he called that out and owned up to that and he acknowledges that, means a lot to me," Tayshia explained, per People. "Also the fact that he said, 'This is not just a moment but a commitment to much greater understanding that I will actively make each day' also meant a lot to me. Because it isn't just a moment, just like how Black Lives Matter isn't just a trending topic on Instagram — it's a thing that's taking place every single day that we should actively try to partake in …" Chris initially raised eyebrows when he told former "Bachelorette" Rachel Lindsay he thought "Bachelor" contestant Rachael Kirkconnell deserved "compassion" in the wake of news about her old, controversial social media posts. "His words affected a lot of people, you know, myself included," Tayshia said. "I think that by him taking ownership, and just not just saying issue an apology and then just going back to work the next day like nothing happened speaks volumes on his behalf."

RELATED: Biggest scandals of 'The Bachelor' and 'Bachelorette'

Kanye West knows marriage to Kim Kardashian 'is over,' but 'still loves her very much': Report

There's apparently "very little hope of reconciliation" for Kim Kardashian West and her estranged husband, Kanye West, as they continue living separate lives ahead of what appears to be an inevitable divorce. That's according to a People source who tells the outlet, "Kanye is not doing well," given the state of his relationship with Kim. "He is anxious and very sad," the insider says. "He knows that the marriage is over, and there's nothing that can be done right now. He also knows what he is losing in Kim." Kim, who's been spotted more than once without her wedding ring in recent months, is said to have stalled on filing for divorce out of concern for the four children she and Kanye share. People's source says that while Kim has been the kids' primary caregiver, she has no intention of keeping their dad out of their lives and "has made it clear Kanye can talk to them anytime he wants." Ultimately, the insider believes Kim, "just knows she can't be married to him anymore," and though he "still loves her very much," he also "understands" her position.

Malia Obama has been "recruited" for the writer's room of a new, Donald Glover-produced Amazon series called "Hive," according to The Hollywood Reporter. Barack Obama and Michelle Obama's eldest daughter, 22, has experience working in film and TV, having interned on HBO's "Girls," CBS's "Extant" and, more controversially, for the The Weinstein Company prior to Harvey Weinstein's downfall in 2017. It's unclear what her role on the writing staff will involve, but the Harvard student's rumored new project focuses on "a Beyonce-like figure" and was created by award-winning writer, producer and Juilliard alum, Janine Nabors, whose resume also features producing stints for "Watchmen." The series is said to be part of a new, "multiple-year, eight-figure" Amazon deal for Donald. According to The Root, the deal won't impact the actor's work on "Atlanta," which is expected to continue airing on FX once it returns.

Olivia Wilde's romance with Harry Styles is no secret at this point, but has her ex, Jason Sudeikis, moved on with someone new? Not according to ET, which threw cold water on recent reports Jason is "casually seeing" his "Horrible Bosses 2" costar, British model, Keeley Hazell, on Thursday, Feb. 18. According to People, Jason knows Keeley "from many years ago," and the two are now involved, though he's "not looking for anything serious." But an insider tells ET Jason and Keeley have been platonic friends for a long time, including while Jason and Olivia were splitting up. The ET source adds that Jason's "not ready to move into any relationships right now." Jason and Olivia reportedly called it quits at the beginning of last year after seven years together. They share a son, Otis, 6, and daughter Daisy, 4.

Days before a video showing Morgan Wallen screaming a racial slur leaked online, the singer's country music peer, Luke Combs, released "The Great Divide," a track that's been described by critics as a "call for unity," with bluegrass artist Billy Strings. Social media users, however, soon began posting clips and photos from Luke's 2015 appearance in a Ryan Upchurch video in which he plays a guitar with a Confederate flag on it against a backdrop of more Confederate flag imagery. He apologized for his use of the flag this week in a Country Radio Seminar talk with Maren Morris and journalist Ann Powers, saying that he's matured since he recorded the video and is trying to continue learning as his career progresses. "There is no excuse for those images. I'm not trying to say this is why they were there and it's OK that they're there because it's not OK," he said, according to Billboard. "I think as a younger man, that was an image I associated to mean something else, and as I've grown in my time as an artist and as the world has changed drastically in the last five to seven years, you know, I'm now aware of how painful that image can be to someone else. … I would never want to be associated with something that brings so much hurt to someone else." Maren, who was one of the first country stars to speak out about Morgan Wallen's offensive video earlier this month, admitted she, too, initially failed to understand the scope of how damaging Confederate flag imagery can be. She also vowed to quit playing festivals where the flags are flying. "If you were a Black person, would you ever feel like going to a show with those flying in the parking lot? No," she said. "I feel like the most powerful thing as artists in our position right now is to make those demands of large organizations, festivals, promoters, whatnot. That's one of the things we can do, is say, 'No, I'm not doing this. Get rid of them.'" 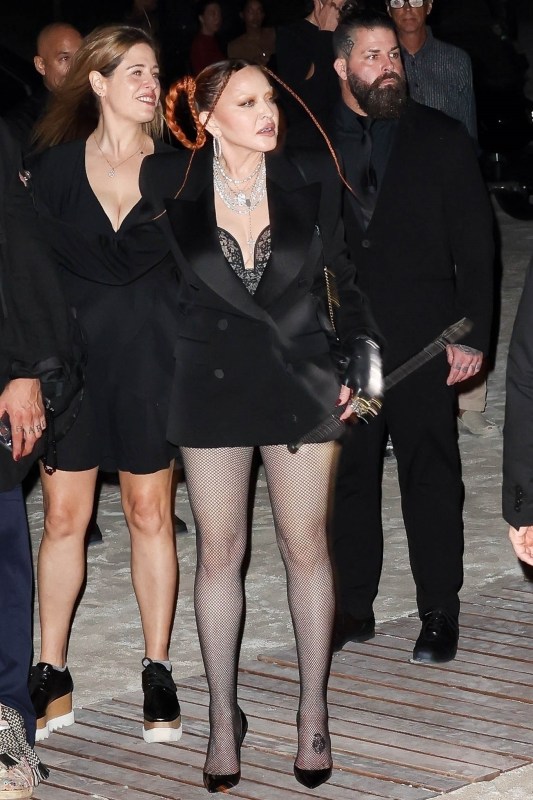