Recent reports have suggested Brad Pitt and Angelina Jolie are at another impasse as they struggle to finalize the terms of their divorce. But don't take that to mean Brad's rumored new girlfriend, German model Nicole Poturalski, harbors any ill will towards his ex. This week, Nicole was asked about Angelina in the comments below an Instagram post she'd captioned, "Happy people don't hate," and she actually responded. When a user wrote, "why do you and Brad hate Angelina? Practice what you preach, girl," Nicole assured the person, "Not hating anyone," according to JustJared. Brad, 56, and Nicole, 27, were linked after being photographed vacationing together in France last month. Neither has confirmed they're dating, though. In fact, some outlets have reported Nicole is currently in an open marriage with German restauranteur, Roland Mary — who happens to sell Brad's Chateau Miraval Rose at his Berlin eatery.

Lizzo didn't make it into Cardi B's "WAP" video as planned, but amid news of the rapper's divorce from Offset, Lizzo's clearly got her back. On Tuesday, the same day Cardi filed to end her marriage, she showed off the large bouquet of flowers and and handwritten note Lizzo had sent her on her Instagram Story. "Isn't Lizzo like the nicest person in the world? Look what she sent me!" Cardi gushed (via E! News). "She is just a beautiful … person. I just love her so much. These are so pretty!" The sweet note read, "Flowers for a flower! Congrats on all your success this summer — know you are loved and are love." As Cardi told New York City's Hot 97 earlier this summer, the two had been talking about a Lizzo cameo in the racy video for "WAP" before a scheduling conflict made it impossible. Cardi said she plans to reciprocate Lizzo's thoughtful gesture by sending her "something good" later this week.

RELATED: The biggest music moments of 2020 so far

New mom Katy Perry was granted an order of protection for her family Monday, after claiming an alleged stalker had resurfaced to harass them. Court documents excerpted by Page Six show Katy believes a man named William Terry has been making "death threats" on social media. She also alleged that on Sept, 8, while she was home with her fiance, Orlando Bloom, and their infant daughter, Daisy, the man "jumped the fence" of their house in the Beverly Hills section of Los Angeles. Katy said that her security team asked him to leave but he refused. He was eventually arrested for criminal trespassing. She said he told police he wanted to get inside her home and that he'd tried to do so back in August, as well. Orlando was apparently singled out in the man's alleged death threats, one of which reportedly said he wanted to, 'snap Orlando Bloom's neck.'" A hearing in the case is scheduled for Oct. 8, when the order — which applies to Katy, Orlando, Daisy and Orlando's 9-year-old son Flynn — will likely be made permanent.

Chris Rock: Jimmy Fallon 'didn't mean anything' by wearing Blackface to play him

Back in May, Jimmy Fallon faced backlash for having worn Blackface in 2000 to do an impression of Chris Rock on "Saturday Night Live." While stars like Jamie Foxx urged the internet to "let go," saying, "we have bigger fish to fry" when it comes to tackling racism in America, Jimmy apologized. In a new interview with the New York Times pegged to his upcoming role in "Fargo," Chris weighed in on the matter, telling the Times he was in no way "hurt" by Jimmy's choice. "Hey, man, I'm friends with Jimmy. Jimmy's a great guy. And he didn't mean anything," Chris said when asked how he "felt about" the segment. "A lot of people want to say intention doesn't matter, but it does," Chris added. "And I don't think Jimmy Fallon intended to hurt me. And he didn't." Chris returns to the small screen this fall, as he takes on a dramatic role in the fourth season of "Fargo" on FX.

Strong Heart Manor, the gargantuan compound in New York's Hamptons region where Matt Lauer and Annette Roque lived before their split, is back on the market for $43.99 million. Lauer, whose sexual misconduct scandal led to both his divorce and his firing from "Today," originally listed the home last summer for about the same price. Lauer and Roque bought the historic pad from Richard Gere in 2016 for $36.5 million, the New York Post reports. Those numbers seems a bit less dizzying when you consider the space the estate consists of. Located on a 6.3-acre gated property, the main house and its two guesthouses together offer 12 bedrooms, 12 bathrooms, an art studio, a library a gym, a heated, 60-foot pool, six fireplaces and a screened-in porch that extends the whole length of the house, among other luxe features. Did we mention the private dock and beach, the pond, the tea house or the basketball court? All told, the manor is reportedly comprised of more than 14,000 square feet of living space. The former couple also shared a 47-plus acre horse farm during their marriage. That went to Roque in their divorce settlement. Though he's largely dodged the spotlight since his 2017 firing, Lauer resurfaced this spring with an op-ed for Mediaite in which he slammed Ronan Farrow's "Catch and Kill" reporting and denied having raped Brooke Nevils.

"Rage," the new Donald Trump expose from veteran political reporter Bob Woodward, was published by Simon & Schuster, a subsidiary of ViacomCBS. That's why Gayle King's "CBS This Morning" team was allegedly incensed when the first live interview with Woodward ahead of his book's release went to "Today" rather than King's show, Page Six reports. Savannah Guthrie's interview got widespread publicity because she was the first to confront Woodward on his decision not to go public with a recording that appears to show Trump acknowledge he knew COVID-19 was more dangerous than he had publicly said it was. Now, an insider tells Page Six King and her colleagues feel "betrayed by their company" as they continue "hustling" to catch up to "Today" and "Good Morning America" in ratings. It hasn't helped that "The Late Show with Stephen Colbert," also on CBS, was the first late-night show to get a live sit-down with Woodward. A rep for the network, however, has dismissed the idea King and her team are angry they were overlooked for the live interview. "Not true," said the rep. "The fact is that CBS' '60 Minutes' got the first interview. End of story." According to Page Six's source, the fact that the '60 Minutes' interview was taped while Guthrie's "Today" segment was live is ultimately all that matters for the ongoing morning shows' competition.

Wendy Williams has taken to sneaking peeks at her neighbor: 'I peep and I tom'

Now that she's on lockdown ahead of her talk show's twelfth season, Wendy Williams is making the best of being stuck inside the New York City apartment she's called home since her divorce from Kevin Hunter. Apparently, one of her go-to activities is eyeballing a neighbor — when he's in the buff. "There's an apartment building across, and the man takes showers," Wendy told Seth Meyers on Tuesday's edition of "Late Night," per People. "And the shower is right there at the window. And I watch." When Seth suggested Wendy's spying might be "borderline criminal," Wendy didn't argue. "I peep, and I tom," she replied. Her little not-so-secret hobby doesn't seem to be about wanting a guy in her life, though. Asked if she was dating, Wendy said she's taking a break from it. "For the first two months [of social-distancing], it was easy — you know, March and April," she said of the early days of the pandemic. "You know, date, have fun, do stuff, shake it and shimmy. But by April, May, June, July, August, September — five months — I'm like, 'Uh-uh, don't come over here.'" That's particularly true for September, it would seem. "The Wendy Williams Show" returns on Monday, Sept. 21, and though it will be shot sans audience and with a limited crew due to COVID-19 safety precautions, the host said everyone involved is "on total lockdown" now and getting "three different [COVID-19] tests every single day."

"Old Town Road" rapper Lil Nas X is now a children's book author. On Tuesday, the Grammy winner tweeted that he's getting ready to release, "C Is for Country," an ABC learning book for kids aged 3 to 7. Making a tongue-in-cheek reference to Kanye West's Taylor Swift speech crash at the 2009 MTV VMAs, Lil Nas posted, "i'm dropping the best kids book of all time soon!" adding that he "can't wait to share it with you all." According to the publisher's website, "C Is for Country" sees Lil Nas and his pony, "Panini," exploring, "open pastures, farm animals, guitar music, cowboy hats, and all things country," as they ramble through the whole alphabet. Featuring art by Theodore Taylor III, the picture book is due out Jan. 5, 2021 via Random House Kids.

Sylvester Stallone to unveil the painting that inspired 'Rocky'

Fun fact: Sylvester Stallone's Oscar-winning 1976 film, "Rocky," technically began its life as a painting. And that painting will soon be on view at George Berges Gallery in New York City. "He's been painting since the '70s," George tells Page Six. "He wrote 'Rocky,' but before it was a script, it was a painting. … From looking at that, he wrote the script for 'Rocky.'" Sly, 74, is set to display the work along with more of his art in a solo exhibit at the Soho space. "I've always wanted to highlight him as a painter and fundamentally that's who he is," the gallery owner added. The exhibit was originally scheduled to open in October, but will now open in the spring.

Thanks to a donation from Kelly Ripa and Mark Consuelos, 20 homeless students heading to college this fall will do so with new laptops and almost $2,000 apiece. According to People, the couple's sizable gift helped create the first Win Scholarship Fund via Win NYC, which bills itself as, "the largest provider of shelter and supportive housing for New York City's homeless families, especially women and children." People points out that the COVID-19 pandemic has made it even harder for students to access the technology they need for distance learning, among other things. "Mark and I are so excited to help these students in whatever small way we can," Kelly tells the outlet. "Starting college is a pivotal moment for so many and being a part of this time is really special for our family. We know each of these scholarship recipients has a bright future ahead and we can't wait to see what amazing things they accomplish!" Back in March, Kelly and Mark also donated $1 million to Win and New York state's governor's office to support COVID-19 relief efforts. 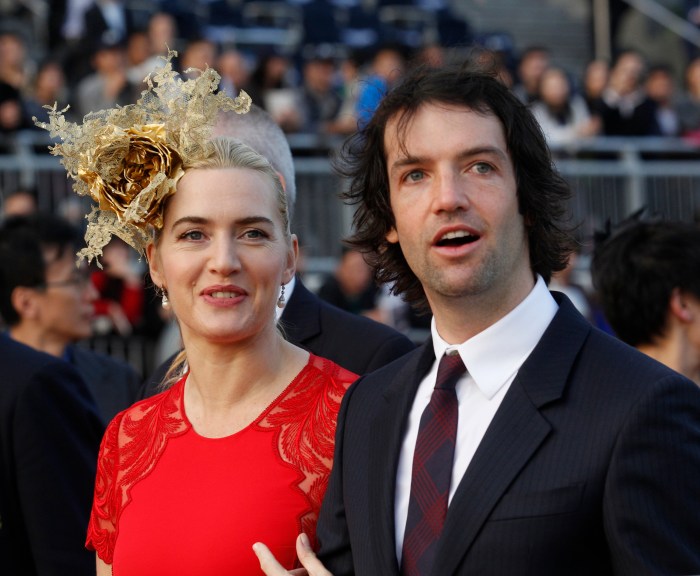