Chris Pratt didn't pop the question to his girlfriend, Katherine Schwarzenegger, without plenty of advance planning. That included getting a green light from Katherine's dad, Arnold Schwarzenegger — which sounds like it came with a little anxiety on Chris' part. Speaking to "Extra" over the weekend, Chris was told Arnold recently "sang his praises" in a separate chat with "Extra." "He sang? I would love to hear Arnold sing," Chris quipped. He then got a little more serious. "Well, you know, I think any person who appreciates a tradition and asks a father for his daughter's hand in marriage…it's inevitably going to be something that makes you a little nervous," he admitted. "But that's sort of the beauty of it, you know?" Chris and Katherine announced their engagement last month.

Rihanna was among those who opted to boycott this year's Super Bowl — and she made a point of letting folks know that, even while aboard a plane on Sunday, Feb. 3. ET noticed the singer's Instagram Story that day included multiple sarcastic posts about other folks on the plane's interest in seeing the game. "How can we watch Super Bowl on the flight?" she captioned a clip of herself looking utterly annoyed by what the people around her were saying and doing. A second clip showed a guy seated behind her trying to access the game. She slapped a "weirdo" tag above his head. And just in case anyone was confused about the references, she added a drawing of a kneeling statue of, Colin Kaepernick, whose "take a knee" trend resulted in massive controversy for the NFL this season. "For those of you who thought I was watchin Super Bowl…," she wrote on the post, "we beefin." Rihanna reportedly declined an early offer to play the Super Bowl Half Time Show before Maroon 5 agreed to do it.

If you're now regretting having spent most of Super Bowl Sunday devouring food and swillin' booze with pals on a coach somewhere, Katy Perry is here to gloat. The singer shared clips to her Instagram Story on Sunday, Feb. 3, that showed her in a fuzzy coat alongside her boyfriend, Orlando Bloom, as they painted ceramics together while watching the game. "My Super Bowl party vs your Super Bowl party," she teased in one caption. According to JustJared, the couple rented out an entire Color Me Mine shop for their arts 'n crafts date.

Ariana Grande is over all the chatter about her new tattoo. In a series of tweets, some of which have since been deleted, the singer lashed out at TMZ after catching a tweet from the website claiming someone made a $1 million offer to remove the ink, which was intended to say "7 Rings" in honor of her new single, but ended up translating to the word for a Japanese style barbecue grill. "I'll give y'all a million to get off my nuts," she replied. Later, she tweeted: "I also went back and got it fixed with the help of my tutor to be more accurate. I can't read or write kanji obviously. what do you want me to do? it was done out of love and appreciation. what do you want me to say? … u kno how many people make this mistake and DON'T care just cause they like how it looks? bruh … i care soooo much. what would you like me to do or say? forreal." According to Page Six the explanation about getting the tat was later taken down. In another post, she told fans and followers, "There is a difference between appropriation and appreciation," adding, "My japanese fans were always excited when i wrote in japanese or wore japanese sayings on my clothing. however, all of the merch with japanese on it was taken down from my site not that anyone cared to notice." "7 Rings" has already come under fire by various artists and critics for its similarities to the work of other people's previous recordings.

Yes, Cardi B found the longest partial government shutdown in U.S. history was frightening to her and hellish to federal workers expected to work without pay. Yes, her video post to that effect last month earned her some nasty responses from Republicans like Tomi Lahren, who sarcastically called her "the latest genius mind to endorse the Democrats" on Twitter (Cardi's reply: "leave me alone I wil dog walk you"). And yes, the girl knows her U.S. political history. Just ask her former history teacher at the Renaissance High School for Musical Theater and the Arts in New York City. Last week, Joan Hill — who Cardi has gushed about in interviews in the past — posted her thoughts on anyone who may have questioned the rapper's political statements. It's kind of a thing of beauty: "For those of you on my feed who are trashing Cardi B for representing a political voice," the Facebook post begins, "a) she probably scored higher than you on the US History regents exam and was in my AP gov't class b) you're not nearly as busy as her and what have you done to advance political discourse in this country? c) she has a national platform and is using it to speak about things that are important … why can't we respect that? d) ST-U and take a seat." As Jezebel reminds us, Cardi discussed her long held obsession with Franklin Delano Roosevelt and the New Deal during an interview with GQ published last year. She's also talked about how much time she spends reading about political history. "I went to college for this s—," she said on social media after some questioned her ability to grasp what's happening in our government today. "It really gets me upset when people be like, oh, you're dumb. I'm not dumb at this s—!" she added. Speaking of Cardi's busy schedule, by the way, she even found time to visit her old school and talk to students there last year.

When it comes to dealing with kids, soon-to-be parents Prince Harry and Duchess Meghan are nothing if not super chill. While visiting the Bristol Old Vic theater last week, Harry and Meghan chatted with one little boy who, in a clip recently published ET, tells them, "You can't just be f—ing around on the stage. You have to stand your ground." Leaving aside the fact that that's probably wise advice, the royal couple did not respond with offense. Instead, Meghan cracked up laughing. Her husband, who looked like he was trying to suppress a smile, knelt down to be on the kid's level and continued right on chatting.

After getting an arena-sized "Happy Birthday" serenade at his show in New York City last week, Justin Timberlake got a follow-up song from the cast of "To Kill a Mockingbird" on Sunday, Feb. 3. A spy tells Page Six Justin and his wife, Jessica Biel, went to check out the Broadway production, which stars Jeff Daniels as Atticus Finch, instead of watching the Super Bowl over the weekend. "After the show, the couple popped backstage to congratulate the cast," a source told the tab. "When Justin revealed that the tickets were an early birthday present from [Jessica], cast member Gideon Glick joked, 'Instead of us singing to you, why don't you sing to us?'" JT declined, but the actors didn't let him off the birthday hook that easily. Instead, they all sang "Happy Birthday" to the newly minted 38-year-old. At his show in the Big Apple last week, Emily Blunt, John Krasinski and Trevor Noah were all on hand for the audience-led birthday tribute.

Hey, once you've got five kids, what's one more? In spite of the lifestyle adjustments Alec Baldwin and his wife, Hilaria, have had to make after welcoming four kids in less than five years, there could be at least one more ankle-biter on the couple's horizon. On the Monday, Feb. 4, edition of "Ellen," Alec joked that at one point he and Hilaria — who share Leonardo, 2, Rafael, 3, Carmen, 5, and Romeo, who turns 1 in May — had 11 strollers in the house before Hilaria revealed she's not sure she's done with baby-making just yet. "When I told Carmen I was pregnant with another boy, she came to me and said, 'Mommy, how about you have another girl then you can have another boy?' And I told her it doesn't work that way,'" she told Ellen DeGeneres, according to the Daily Mail. Ellen wondered what would happen if Carmen's wish for a little sister turned out to be filled with a little brother. "I would keep on trying," she said, "I'm serious." Alec is also the father of Ireland Baldwin, his daughter with ex, Kim Basinger.

"A soulmate isn't someone who completes you. No, a soulmate is someone who inspires you to complete yourself." That's how a passage Khloe Kardashian posted on social media over the weekend begins. The Bianca Sparacino-penned text goes on to say a real soulmate loves you so hard it would be "nearly impossible to doubt just how capable you are of becoming exactly who you have always wanted to be," according to the Daily Mail. Like many of her posts in the past six months, the words seem likely to refer to her partner, Tristan Thompson, but it's unclear whether the gist is he's living up to those soulmate standards or not in the wake of his cheating scandal. As an insider recently told Us Weekly, "Khloé and Tristan are really focused on doing what's best for" their daughter, True. Tristan, meanwhile, "… is trying everything he can to regain her trust, but Khloé is spending more time in L.A. because True has so many family members and such a support system there," according to the source.

'Gossip Girl' probably won't get a reboot after all: Report

CW president Mark Pedowitz's recent threat to reboot "Gossip Girl" may have been all talk. As fans went crazy over the possibility on social media last week. Page Six checked in with a well-placed insider who said revisiting the lives of TV's favorite Upper East Siders circa 2007 seems unlikely. "The actors are all signed on to other projects," said the insider. "Chace Crawford is currently the star of the new Amazon Prime series 'The Boys,' and Penn Badgley is going into the second season of Netflix's 'You.' Blake Lively is doing back-to-back movies." The source added that they all do keep in touch, though — and said they were recently joking about maybe doing a limited Netflix series "if the deal was right." 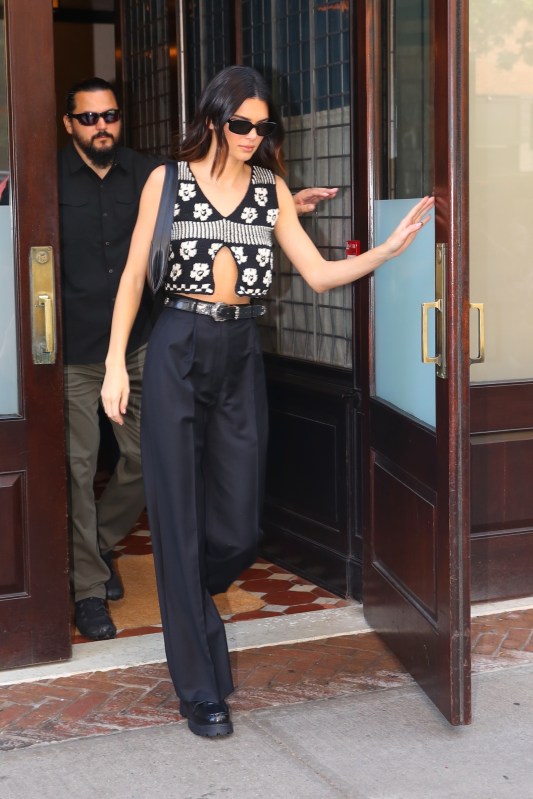