On Feb. 7, 2018, your boy Chris Rock turns 53. Chris, who wrapped up his "Total Blackout" worldwide comedy tour in January 2018, might seem like he's been out of the limelight for a minute, but he's clearly still making bank. Forbes reported that in 2017, Chris raked in an impressive $57 million, mostly due to his killer $40 million payday for two upcoming Netflix comedy specials (reportedly due on the streaming service in 2018). In honor of Chris's birthday, Wonderwall.com is taking a look at more of the highest paid comedians in Hollywood. A word of warning though — only two women made the lineup, and one of them hasn't done stand-up in years. Keep reading to see who made this exclusive list…

RELATED: How much Hollywood's biggest DJs are making per night

Ellen DeGeneres hasn't done a stand-up comedy show in more than 15 years, but she topped our list at a killer $77 million earned in 2017. Forbes reports that her eponymous daytime talk show contributes the bulk of her income, along with her game show, "Ellen's Game of Games." Excitingly, Ellen is returning to the comedy stage in 2018 with a Netflix stand-up special. We can't wait!

Thanks to the Netflix series "Comedians in Cars Getting Coffee," the 2017 stand-up special "Jerry Before Seinfeld" (also on Netflix) and royalties from reruns of "Seinfeld," legendary comedian Jerry Seinfeld (seen here with wife Jessica) is definitely not hurting for cash. The funnyman reportedly earned a cool $69 million in 2017.

The most controversial comedian on our list is Louis C.K., who in 2017 saw all his shows on the FX network cancelled as well as his movie "I Love You, Daddy" pulled from theaters after he was accused of (and admitted to) sexual misconduct. Still, the comedian managed to take home an incredible paycheck in 2017 to the tune of $52 million. Louis had a contract with Netflix for two stand-up specials, of which only one has debuted. After the allegations against him surfaced, Netflix cancelled his second special. No word on if they requested a return of the reported eight-figure payment he received.

Another famed comedian who hasn't done an actual stand-up show in years (but is still killing it) is Adam Sandler. The comedic actor, writer and producer nabbed a killer $250 million deal with Netflix to produce four unique films including "Sandy Wexler" and his upcoming 2018 comedy "The Week Of." Forbes reported that Adam's films were so successful, Netflix has already ordered four more. In 2017, he's estimated to have earned $50.5 million.

Dave Chappelle (seen here with wife Elaine) might have bowed out of the spotlight in 2005 but he's back in a big way and has the receipts to prove it. The beloved comedian landed a lucrative three-special deal with Netflix that reportedly paid out eight-figures per show. His total take-home pay for 2017 is a jaw-dropping $47 million and, because he's still one of the funniest guys around — he won the Grammy for best comedy album in 2018 — we expect that number to keep rising.

Part clown and part comedian, Steve Harvey is also part boss. The TV star who wears many hats reportedly brought home $42.5 million in 2017 thanks to his hosting gigs on "Family Feud," "Steve," "Little Big Shots" and the Miss Universe pageant (the beauty competition surprisingly kept him on their payroll even after he mistakenly announced the wrong winner in one of the biggest gaffes of 2015).

The only woman to make it on Forbes' highest paid comedians list for 2017 (and the only woman to ever break their male-dominated lineup) is Amy Schumer, a comedian known for making us laugh till it hurts while shutting down her haters, speaking her mind and looking hot the entire time (we see you, Amy!). Thanks to her lucrative film roles, a Netflix comedy special and her hilarious book "The Girl with the Lower Back Tattoo," Amy brought in a sizable chunk of change to the tune of $37.5 million.

Despite some very public personal dramas in comedian Kevin Hart's life in 2017 (including a cheating scandal while wife Eniko Parrish was pregnant), he was still able to walk away with a hefty paycheck. Thanks to multiple movie deals (for projects like "Jumanji: Welcome to the Jungle" and "Captain Underpants: The First Epic Movie"), his comedy series "Kevin Hart Presents: The Next Level" and several endorsement deals, Kevin brought home $32.5 million last year.

Jim Gaffigan is another comedian with a lot to smile about. Forbes reported that in 2017, this talented funnyman made an impressive $30.5 million, with an estimated one-third of his income coming from "Cinco," his Netflix stand-up special. Interestingly, Jim also had a role in the 2017 biographical drama "Chappaquiddick" about Ted Kennedy's fatal car accident in 1969.

Terry Fator is a talented ventriloquist-comedian who is also super-rich. He took home the $1 million prize when he won "America's Got Talent," but in just 10 years, he's managed to multiply that into an impressive $18.5 million-a-year payday. He can thank his Las Vegas residency at The Mirage for his continual stream of surplus income.

Along with making a ton of moolah in 2017, comedian Jeff Dunham also got his very own star on the Hollywood Walk of Fame. Thanks to his Netflix stand-up special "Relative Disaster" and his busy touring schedule, this talented comedian and ventriloquist raked in approximately $15.5 million last year. For the record (and in case you were curious), Jeff is definitely not related to controversial actress Lena Dunham.

If you haven't yet heard of Sebastian Maniscalco, you're missing out on one of the newest bad boys in comedy. The 44-year-old comic and actor is the only new kid on Forbes' list of highest earning comedians for 2017, all thanks to his insane touring schedule. Sebastian reportedly performed 100 shows last year, helping him rake in an estimated $15 million. His on-screen performances in "Cruise" and "The House" and as a voice artist in "The Nut Job 2: Nutty By Nature" also helped pad his pockets.

Although "Hot and Fluffy" comedian Gabriel Iglesias didn't make it on Forbes' list of the highest paid comedians of 2017, he was on the magazine's 2016 list, having pulled in a reported $9.5 million. Last year couldn't have been too bad for Gabriel, as he had roles in five films including the Academy Award-nominated animated features "Coco" and "Ferdinand" as well as a guest-starring role on the TV drama "Narcos" (all while hitting the road on his "FluffyMania" world tour).

Another comedian who's previously been featured on Forbes' highest paid comedians list is Aziz Ansari, who raked in a reported $9.5 million in 2015. While we don't have figures for the "Master of None" creator and star's 2017 earnings, his recent major award wins — including a Primetime Emmy in 2017 and a Golden Globe in 2018 — lead us to believe that Aziz is back on his way to slaying the comedy game.

Russell Peters is one of the funniest guys alive (have you seen his new Netflix series, "The Indian Detective"?) so we weren't surprised to learn that he was included in Forbes' list of highest paid comedians back in 2016. At the time, his reported take-home pay was in the $9 million range, thanks in part to his global touring schedule, which took him to places like Saudi Arabia, where he's performed for princes.

Last but not least on our list is English comedian, actor and writer John Bishop who, in 2016, reportedly earned $7 million. The talented funnyman has appeared regularly on several late-night shows as well as on his own former series, "John Bishop: In Conversation With." He's also rumored to command a high fee for his stand-up shows, which tend to sell out quickly. 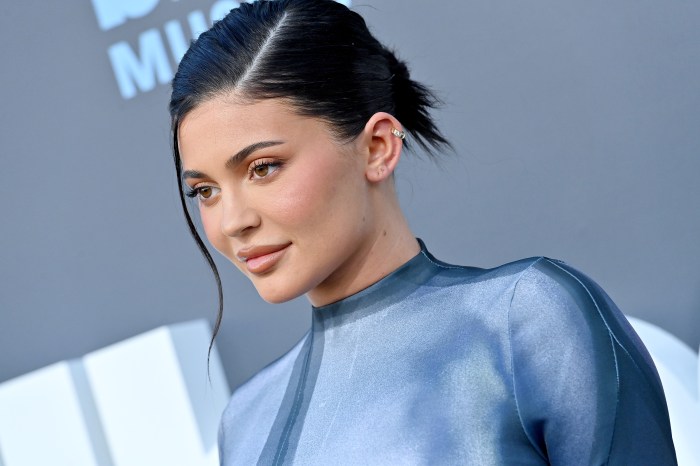 Up Next Life of Kylie