Jennifer Lopez — aka the Boogie Down Bronx's own, 49-year-old Bod of Steel Goddess — is still toughing it out on her 10 day, no carbs, no sugar challenge. Now, the results are, (understandably) starting to lure old boyfriends back into her orbit. J.Lo posted a new selfie this week, showing off her muscle-bound progress clad in a lavender bikini and knit cap. The pic quickly garnered a boatload of likes, including one complete with a heart-eye Emoji and an "OMG" from the singer and actress' ex, Diddy. Within just a few hours of Diddy's response, Jenny From the Block's current beau, Alex Rodriguez — who by the way is doing the challenge with Jennifer — chimed in with a reply, writing, "Lucky Me," according to a screenshot from Instagram's CommentsByCelebs handle. "The ex and the current," commented one user. "Awkward!" Another wondered when Ben Affleck might wade into the mix. CommentsByCelebs simply captioned the post: "Waiting on you, @MarcAnthony."

Nearly a year ago in February 2018, Justin Bieber revealed plans to launch a clothing line when he filed documents to trademark the names "The House of Drew," "La Maison Drew," and "Drew." Now his line — Drew (that's his middle name) — is here. But some fans are pretty disappointed after seeing the price points. Page Six reports that the Biebs just launched a website for his debut capsule collection, an assortment of khaki-colored corduroy tops and bottoms priced between $128 and $148 plus shirts and hoodies emblazoned with a smiley face and the brand's name, which go for between $48 and $98. many online commenters, the New York Post's gossip column reports, were surprised. "The prices are crazy," noted one fan. "You can keep them, bye," wrote another. Still another asked, "Is there a section for broke people?"

Wendy Williams hasn't hosted her namesake talk show since before the holidays and has canceled plans to return three times since the New Year. Now comes news that "The Wendy Williams Show" is getting a new host — albeit a temporary one. Page Six reports that "The Masked Singer" host Nick Cannon will lead her program in her place starting Feb. 4 as Wendy continues to recover from health issues including a fractured shoulder and complications related to her 2018 Graves' disease diagnosis, which sent her to the hospital earlier this month, her family revealed in a statement on Jan. 18. Wendy's Instagram also confirms Nick will be leading things on her show, which has been in reruns or has featured a guest-host panel in her absence, from Feb. 4-6 for now. Meanwhile, Us Weekly reports that Wendy is considering moving from her longtime New Jersey home to New York City, where her show films, to cut her commute time as she refocuses. "There's been talk of her moving," said an insider, "for her health and life to improve."

RELATED: Talk show hosts' controversies and feuds through the years

Double date night at the Lakers vs. 76ers game

Parents-of-two Mila Kunis and Ashton Kutcher enjoyed a rare public date night on Jan. 29. The couple, who've been married for three years, sat courtside to watch the Los Angeles Lakers take on the Philadelphia 76ers. But it turns out they weren't the only Hollywood couple enjoying an affectionate night out: "Bohemian Rhapsody" stars Rami Malek and Lucy Boynton — who are dating offscreen — took a break from the award season circuit to catch the same game at L.A.'s Staples Center. Other stars in attendance included Kendall Jenner, Kourtney Kardashian, Leonardo DiCaprio, Halsey, Diplo, Kevin Hart, Flea and Alexis Ren.

Christie Brinkley celebrated her 65th birthday four days early at a Jan. 29 launch event for her Ultherapy "Milestones of Me" campaign at the Gramercy Park Hotel in New York City. She blew out the candles on a beautiful cake decorated with floral icing as guests including singer-musician daughter Alexa Ray Joel, who serenaded her, looked on. Earlier in the day, DailyMail.com reported, the supermodel talked about her thoughts on her age — she called it her "spirit number" — while visiting the AOL Build Series studios. "I encourage you to get in touch with your spirit number," she said. "Like, I might be turning 65 biologically, but my spirit number is like much younger. As I say, I'm turning 50 again for the 15th time!"

Guess who?! Yep, that's Michelle Pfeiffer, the latest addition to the cast of "Maleficent 2." "A little tease of Queen Ingrith #Maleficent2," Michelle captioned the post — her sixth since she joined Instagram on Jan. 16. Due out next year, "Maleficent 2" revolves around the relationship between Angelina Jolie's titular character and Aurora, played again this time around by Elle Fanning, according to W. Alas, if Angelina and Brad Pitt's daughter, Vivienne, is returning with another small part in the movie's 2.0 edition, IMDB has yet to alert us …

Barbra Streisand loves being a grandma! On Jan. 28, Josh Brolin shared a photo of his famous stepmom, who's been married to his father, James Brolin, since 1998, holding Josh's infant daughter, Westlyn Reign "Bean" Brolin. "Classic beauties. Time stands still.❤️❤️#beanandgranny #family @barbrastreisand," Josh captioned the sweet snapshot in black and white. Babs posted the same pic on her own Instagram feed — only hers is in color — and captioned it, "We were at a restaurant but the most delicious thing was my granddaughter Westlyn!" Josh announced in November that wife Kathryn Boyd had given birth to Westlyn, their first child together and his third. (He's also dad to adult children Eden and Trevor with first wife Alice Adair.)

Cardi B may have turned down an invitation to perform at the Super Bowl Half Time Show, but she's not going to be too hard to find amid the festivities in Atlanta this weekend. In addition to appearing in her own Super Bowl ad, the rapper is slated to perform with Meek Mill at an exclusive, invite-only pre-party hosted by one of the co-owners of the Philadelphia Eagles, according to Page Six. Meek, a Philly native, was on the minds of lots of Eagles fans including the party host, Michael Rubin, when the team won last year's big game. At the time he was still incarcerated on a questionable charge as fans showed their support for his release with jerseys that said "Free Meek Mill." Celeb guests expected at the party include Kevin Hart, Jamie Foxx, Peyton Manning, Shaquille O'Neal and Gucci Mane.

Former adult film star Jenna Jameson has been making headlines for months now after she started showing off her incredible post-baby weight loss — as of November, she'd dropped more than 80 pounds — and sharing details about her Keto diet plan on social media. Now, however, she's revealed to fans that she's done losing weight. "I am in maintenance mode now so I have upped my calories," she wrote on Instagram alongside new before-and-after photos. Jenna also shared more information about what she's been eating and when — she fasts every night from 6 p.m. to 11 a.m. — including some favorite dishes. Page Six reports that she starts each morning with two cups of coffee with Stevia and sugar-free creamer. She enjoys "a tender white fish baked in the oven in butter with garlic," she writes, which she likes to pair with an "arugula salad with olive oil and a touch of vinegar or my savage cabbage." She said her favorite thing to have when she breaks her fast is a dish she calls "Bomblette," which appears to be eggs with cheese cooked in an omelette, Page Six explains. "For my last meal before my fast I am loving my 'Beastie Bolognese' … I eat it like chili!!!!" Jenna added. "Then my intermittent fasting begins around 6 pm. During my fast I allow myself 'nana,' which is a Moroccan mint tea. (Fresh mint leaves and hot water.) Then I go to bed!"

Priyanka Chopra opens up about her "intimate" three-day long wedding

"It was just three days." That's how Priyanka Chopra shrugged off the elaborate wedding celebration she and Nick Jonas had in India last month when Ellen DeGeneres teased her about the expansive amount of hoopla on the Wednesday edition of her show. "One Indian ceremony, one western Christian ceremony, and one day of pre-rituals, which we have in the Hindu wedding. Usually Indian weddings are 1,000 people at least. We had only 200, which was mostly family because both of us have giant families," Priyanka reasoned (via ET). Asked why the small(ish) guest list, Priyanka said, "I think we just wanted to keep it super intimate." She also opened up about getting to know Nick in the early days of their relationship, which began after he slid into her DMs and she gave him her number. The pair apparently spent time sharing all the gory details of their long trajectories in showbiz, from Nick's child star days to Priyanka's Bollywood background. "I just didn't know the music. I knew some of the songs, but I didn't know much about them," she said of the Jonas Brothers. "In fact, Nick and I both didn't know much about each other, so we did a show and tell after we started dating, where we showed each other our work from when we were younger, the embarrassing stuff, the horrible things. That's how we got to know each other's careers." Given that he's still working in the spotlight after all this time, she added that "it shocks" her "how he's not been corrupted." Throwing in one little mushy sentiment, she admitted, "He's so family driven and it's all about his parents. He's just really nice and sweet." 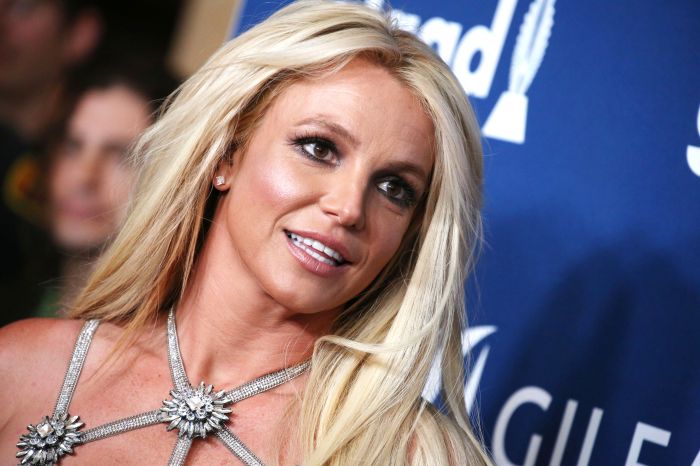 Up Next Fiesty fire signs