Khloe Kardashian and Tristan Thompson step out together looking 'happy'

Khloe Kardashian and Tristan Thompson seem to be working through allegations he cheated shortly before the birth of their daughter, True. Last week, Khloe cheered on Tristan's Cleveland Cavaliers as they tried (unsuccessfully) to take down the Golden State Warriors in the NBA Finals. They put on another united front in Cleveland over the weekend, heading out to celebrate a friend's birthday with about a dozen other pals at the Marble Room restaurant. "Khloe and Tristan were there together, they were sitting next to each other during dinner and there was no animosity between them," a later dished to E! News. "Everybody looked happy, normal and like they were having a great time." Despite rumors Khloe's family wants her to leave Tristan, Kris Jenner told E! last week she intended to support her daughter, no matter how she decides to deal with the situation. "I think you just have to be there for your kid and follow their lead," Kris said. "I'm not in that relationship or in that situation, so I really trust Khloe. She's so smart and such a great girl and she'll figure it out."

Justin Bieber and Hailey Baldwin pack on the PDA in Miami

Justin Bieber and Hailey Baldwin have both spoken openly about how much they care for one another since their brief romance ended in 2015, but the two were spotted together repeatedly in Miami over the weekend looking like more than just friends. On Sunday, June 11, Hailey and Justin participated in the VOUS church conference during the day, then hit up Casa Tua for dinner, according to TMZ. Afterwards, they headed to LIV Nightclub at Fontainebleau around 1 a.m. After settling into a VIP balcony, Hailey and Biebs danced together, held hands and packed on the PDA, according to TMZ's spies. When they left at 3 a.m., they were reportedly holding hands. Their cozy night out contradicts the description of their relationship Hailey gave the Sunday Times in a recent interview. "I'd never been through [a high-profile relationship] like that. But it brought both of us to the realization that we just work much better as friends," she said told the Times when asked about her fling with Justin. "He's somebody I really cherish. Now it's a very mature situation. It's good."

George Clooney gushes about his twins at Casamigos tequila event

His first Father's Day as a dad is just around the corner and George Clooney's as smitten as ever with his twins, Ella and Alexander. The actor stopped by the Casamigos House of Friends Dinner at TAO in Los Angeles on Friday, June 8, where he chatted with pals including Rande Gerber about the one-year-olds while knocking back a pineapple margarita, according to Us Weekly. "George told a funny story about how he and Amal [Clooney] have to keep the toilet seat down for the twins' sake and then he started showing his friends photos of them," a partygoer tells the mag. "[He] teased that the babies are like models and he never has to show them how to pose because they do it so naturally. He seemed like the proudest parent and just couldn't stop showing photos and talking about how much he loves the kids." George, who was feted last week with the American Film Institute's Lifetime Achievement Award, is currently working on a Hulu adaptation of Jeseph Heller's "Catch-22."

They're still not confirming or denying romance rumors, but Nick Jonas and Priyanka Chopra followed up their Met Gala red carpet appearance together with a wedding date at the Jersey shore. TMZ reports Nick brought the "Quantico" star to his cousin's wedding near Atlantic City, N.J., over the weekend. The maybe-probably lovebirds reportedly traveled to the wedding together and used the occasion as an opportunity for Nick to introduce Priyanka to relatives including his brother, Kevin Jonas, and Kevin's wife, Danielle.

After dismissing another round of split rumors, Victoria Beckham stepped out to support her husband, David Beckham, at the Kent & Curwen Men's show during London Fashion Week on Sunday, June 10. (David is a collaborating brand partner in the line.) Though the two arrived separately, according to The Sun, they shared a table, bookending themselves on either side of British Vogue Editor Edward Enninful, and made a point of sweetly touching one another's shoulders and hands as models strode down the catwalk. Their appearance comes on the heels of a trending topic pegged to whispers the pair's marriage of 18 years was coming to an end. "They have had a sense of humor about this," an insider told the Daily Mail over the weekend, "because it's so ridiculous." Their rep has dismissed the divorce reports as "nonsense."

Kate Hudson's boyfriend, Danny Fujikawa, turned 32 on Sunday, June 10, and from the looks of Kate's social media, he was definitely feelin' the love. She posted a sweet photo of the two smooching on Instagram, captioning the shot, "06-10-86 Happy birthday baby ❤️ #LoveOfMyLife. Later on Snapchat (via the DailyMail), Kate showed off the sprinkles-laden cake decorated with the words, "Happy birthday, darling," that she and Danny enjoyed with friends and family including her son, Ryder. By the time Danny's b-day rolls around next year, the couple will have one more little celebrant at their table — Kate announced in April that she and Danny are expecting their first child together, a girl.

When A&E airs "David Cassidy: The Last Sessions" on Monday, June 11, at least one person won't be tuning in. Sue Shifrin Cassidy tweeted her feelings about the show last week, criticizing the network for producing what she says is a sensationalized account of the last months of her ex-husband's life, during which time he was dying of organ failure, a result of the alcoholism he struggled with for decades. In a series of posts that have since been deleted, the New York Post reports Sue wrote: "I have been inundated with comments re upcoming A&E special about @DavidCassidyFan. I rarely comment on such matters, however I cannot tell you how sad & disappointed we are that A&E chose to air this special that noone [sic] in the Cassidy Family sanctioned or wanted." She continued: "This program is exploitive [sic] & sensational. Everyone who participated were interested in only one thing… in their 15 seconds of fame. Shame on A&E and all involved." David's "Partridge Family" costar Danny Bonaduce responded by saying, "Dear Sue, Sorry to hear my 15 min are just about up. I kind of knew. There was a Cassidy involved, his name was David. He asked me to participate & I was happy to do it for him. I don't see any shame in speaking fondly about David. My best to you & Beau." According to the Post, Sue's deleted her tweets and her Twitter account after reading Danny's reply. The show reportedly includes a recorded phone conversation between the producers of the documentary and Danny in which the singer admits, "The fact is that I lied about my drinking. I did [this] to myself to cover up the sadness and the emptiness." David died on Nov. 21, 2017 at age 67.

Mindy Kaling opens up about being a single mom

Don't feel confined by society's traditional rules. That was the message Mindy Kaling gave Dartmouth seniors at their commencement over the weekend in New Hampshire. After sharing a list of silly but valid tips for getting by in adult life, Mindy, who welcomed her daughter, Katherine Kaling, last winter, got candid about single motherhood. "After my daughter was born in December," she began, "I remember bringing her home and being in my house with her for the first time and thinking, 'Huh. According to movies and TV, this is traditionally the time when my mother and spouse are supposed to be here, sharing this experience with me.' And I looked around, and I had neither. And for a moment, it was kind of scary. Like, 'Can I do this by myself?'" she recalled, according to E! News. "But then, that feeling went away, because the reality is, I'm not doing it by myself. I'm surrounded by family and friends who love and support me. And the joy I feel from being with my daughter Katherine eclipses anything from any crazy checklist," she continued. "So I just want to tell you guys, don't be scared if you don't do things in the right order, or if you don't do some things at all. I didn't think I'd have a child before I got married, but hey, it turned out that way, and I wouldn't change a thing. I didn't think I'd have dessert before breakfast today, but hey, it turned out that way and I wouldn't change a thing." Near the end of the speech, the actress and writer gave graduates one last word of wisdom. "Don't let anyone tell you that you can't do something, but especially not yourself," she said. "Go conquer the world. Just remember this: Why not you? You made it this far."

Duchess Meghan's schedule is already filling up with royal duties. After she and Prince Harry celebrated Queen Elizabeth's birthday at the Trooping of the Colour ceremony in London over the weekend, Kensington Palace announced that this fall, Meghan and Harry will tour Australia and New Zealand on a trip similar to the one Prince William and Duchess Kate embarked on back in 2014, though they're also adding stops to the Kingdom of Tonga and Fiji. According to the AP, the visit will tie in with Harry's Invictus Games in Sydney, slated for Oct. 20-27. Meghan and Harry made their first official appearance as a couple at the last edition of the paralympic-style games in Toronto in September 2017.

With two clenched fists raised high in the air, Robert De Niro used his appearance at the 2018 Tony Awards on Sunday, June 10, to express his discontent with Donald Trump's presidency. He got a standing ovation for the sentiment. According to THR, the screen legend called out, "F— Trump," not once but twice before making his scheduled introduction of Bruce Springsteen, who performed "My Hometown" as part of a celebration of his one-man show, "Springsteen on Broadway." "Bruce, you can rock the house like nobody else," Robert said. "Even more important in these perilous times, you rock the vote. Always fighting for, in your own words, truth, transparency, integrity in government. Boy, do we need that now." In recent months, Robert's slammed the president for his approach to a variety of issues, including the environment and the press. The star's F-bomb was censored from the broadcast. 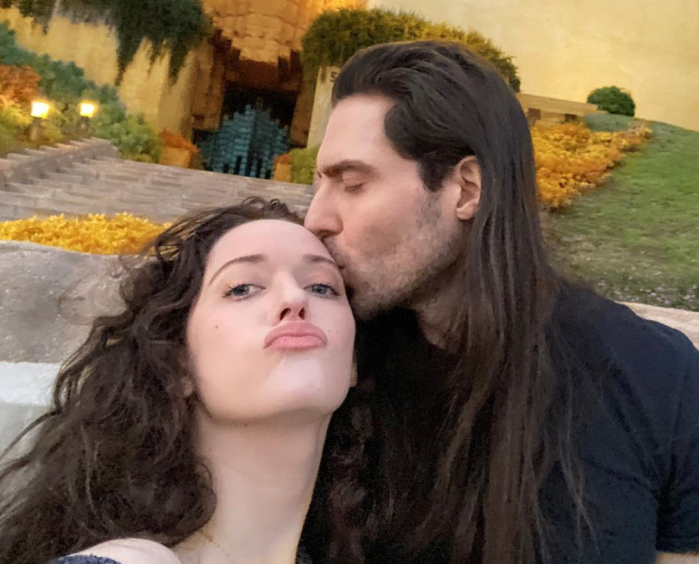