The sequel to "Mamma Mia!" — "Mamma Mia! Here We Go Again" — hits theaters on July 20, 2018, with an all-star cast. And this time, the story focuses on Meryl Streep's character's past. With Lily James taking on the role of young Donna, it inspired us here at Wonderwall.com to look back at some of the other times different stars have taken on the same characters at different ages. Keep reading to decide if you see the resemblance!

These were some tough — and stylish! — shoes to fill! AnnaSophia Robb took on the role of a young Carrie Bradshaw in The CW's 2013 show "The Carrie Diaries," a part famously played by Sarah Jessica Parker on HBO's "Sex and the City." The series, which chronicled Carrie's teenage years, only lasted two seasons, but we have to give props to AnnaSophia for her amazing transformation!

Mayim Bialik and Bette Midler as C.C. in "Beaches"

This one was spot-on! The 1988 flick "Beaches" tapped a young Mayim Bialik to portray the younger version of Bette Midler's C.C., and we absolutely see the resemblance!

Perfection! The iconic character of Don Vito Corleone in "The Godfather" was played by two equally iconic actors — Marlon Brando portrayed the senior version in the franchise's original installment, and Robert De Niro came on board to portray the mafia boss in his younger years in "The Godfather Part II." Both men won Academy Awards for their performances.

This one required some wigs! Elle Fanning played a very convincing young version of Cate Blanchett's character, Daisy, in "The Curious Case of Benjamin Button."

Joseph Gordon-Levitt and Bruce Willis as Joe in "Looper"

"Looper" saw two unlikely actors playing the same character, but it somehow worked! Joseph Gordon-Levitt and Bruce Willis both played different-aged versions of Joe in the 2012 time-travel flick "Looper." Joseph took the role incredibly seriously, studying up on his co-star ahead of filming. He told Gizmodo, "I studied him, and watched his movies, and ripped the audio off of his movies so I could listen to them on repeat." We think the hard work paid off!

Do you think Harry Potter and Don Draper resemble one another? This one we're not so sure about… But for the 2012 British series "A Young Doctor's Notebook," some casting directors seemed to think it worked! Daniel Radcliffe played the younger version of The Doctor, while Jon Hamm took on the character when he was older.

Gena Rowlands and Rachel McAdams as Allie in "The Notebook"

One of the most beloved instances of characters flashing from present day to the past? "The Notebook"! Rachel McAdams famously played the young Allie Calhoun while Gena Rowlands took over for the present-day version. We totally see it!

Ryan Gosling and James Garner as Noah in "The Notebook"

Two actors were needed to play Noah in "The Notebook" — one to take on the charmer in the past, and one to embody him in the present. Ryan Gosling expertly played the romantic Noah of yesteryear while James Garner portrayed the equally sentimental present-day Noah.

Agent K in the "Men in Black" franchise was played by two actors! The original featured Tommy Lee Jones, while the third installment required a look into Agent K's past, which is where Josh Brolin comes in. "I got totally frustrated and wanted to quit and wanted to call Sony and say, 'You're gonna waste your money, because I can't do this,'" Josh told reporters at a "Men in Black 3" junket of replicating Tommy's iconic voice. But Josh managed to pull it off flawlessly!

Kate Winslet and Gloria Stuart as Rose in "Titanic"

The "Now and Then" cast

Gaby Hoffman and Demi Moore shared the role of Samantha, the film's narrator who's dealing with her parents split and grows up to have relationship issues and work as a sci-fi writer. Roberta Martin was played in the present by Rosie O'Donnell and in the past by Christina Ricci — she's the tomboy of the group who grows up to be an obstetrician. Rita Wilson took on present-day pregnant Chrissy DeWitt, who was portrayed as a goodie-two-shoes girl by Ashleigh Aston Moore. Rounding out the group of friends? Teeny Tercell, the rich girly-girl of the bunch who grows up to be an actress. Thora Birch tackled the younger version while Melanie Griffith played adult Teeny.

Do these two look alike? The "Star Wars" franchise featured an older and younger version of Obi-Wan Kenobi, so two actors were required to play the part. In the original trilogy, the late Alec Guiness took on the role, while Ewan McGregor played Obi-Wan in the prequel trilogy.

Zac Efron and Matthew Perry as Mike in "17 Again"

One of the worst casting decisions on the list? Figuring out who should play both versions of Mike O'Donnell in the 2009 comedy "17 Again," which enlisted Zac Efron as the younger Mike and Matthew Perry as the adult version. This one's not even close!

Brittany Snow and Kelly Rutherford as Lily on "Gossip Girl"

"Gossip Girl" once featured a flashback episode that gave fans a glimpse into the life of a young Lily Rhodes. Brittany Snow played the '80s version of Kelly Rutherford's character. It was originally meant to spark a spin-off that offered fans insight into how the conservative Upper East Sider could have once been a grunge groupie, but the origin show wasn't picked up and instead, viewers got a 2009 episode of the popular CW show called "Valley Girls." 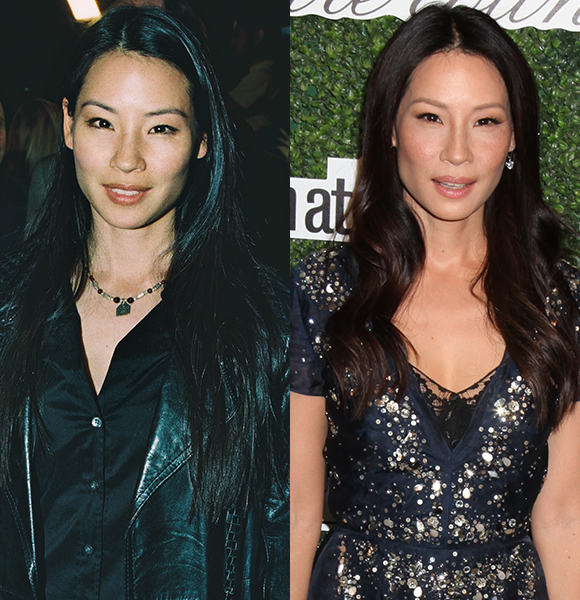