Meg Ryan and John Mellencamp are engaged! The actress announced the news on Instagram on Nov. 8, sharing a fun pencil drawing of the two (he's holding a guitar in one hand and slipping a ring on her finger with the other). Meg and John began dating in 2010. The couple split in 2015 but reconciled in 2017. Engagement rumors were sparked when Meg was photographed on Halloween wearing a diamond ring on her left-hand ring finger.

Some of Hollywood's biggest names lost their homes in the Southern California wildfires in mid-November. Gerard Butler, Miley Cyrus and Liam Hemsworth, Neil Young, Kim Basinger, Robin Thicke and Camille Grammer are among those whose Malibu-area homes burned down. Liam shared a picture of the charred ruins of his house on Nov. 13, saying it had "been a heartbreaking few days." Miley added, "Completely devastated by the fires affecting my community. I am one of the lucky ones. My animals and LOVE OF MY LIFE made it out safely & that's all that matters right now. My house no longer stands but the memories shared with family & friends stand strong." Gerard tweeted a photo of the remains of his house too. "Returned to my house in Malibu after evacuating," he wrote. "Heartbreaking time across California. Inspired as ever by the courage, spirit and sacrifice of firefighters. Thank you @LAFD."

Robert De Niro has split from his wife, Grace Hightower, after more than 20 years of marriage. People magazine reported on Nov. 20 that the two were living apart. "Sometimes things don't work out the way you hope or want them to," a source told the magazine. The duo shares two children, ages 20 and 6. The actor and Grace nearly divorced in 1999 but reconciled and renewed their vows in 2004. A source told Page Six, "De Niro and Grace are breaking up. He's been at a few things since the very end of the summer without her — and rumor has it they are done." Neither Robert nor Grace have publicly commented on the reports.

Stan Lee, the creator of Spider-Man, Black Panther, The Incredible Hulk, X-Men, Iron Man, The Avengers and many other characters, passed away on Nov. 12. He was 95. According to reports, the Marvel icon was rushed to Cedars-Sinai Medical Center in Los Angeles, where he died the same day. Daughter J.C. told TMZ, "My father loved all of his fans. He was the greatest, most decent man." Following his death, many in Hollywood paid tribute to the comic king via social media."We've lost a creative genius," said Hugh Jackman, who played Wolverine. Captain America actor Chris Evans said, "There will never be another Stan Lee."

Heather Locklear was placed on a psychiatric hold in mid-November after her attorney and therapist determined she desperately needed help. Then, on Nov. 26, her psychiatric hold was extended two more weeks. According to TMZ, Heather suffered a mental breakdown at her Los Angeles home. Her team now wants her to enter a facility for more long-term treatment, TMZ explained, but Heather wants to stay at home rather than check into another facility. The decision is ultimately hers. This was just the latest incident involving Heather this year — she's been arrested and hospitalized several times in 2018.

Diddy's ex Kim Porter — who's also the mother of three of his children — was found dead in her home on Nov. 15. She was 47. TMZ reported that police were called to Kim's Los Angeles-area home around noon about a patient in cardiac arrest. Once first responders arrived, they found her dead. TMZ added that Kim had been suffering from pneumonia for several weeks, but it's not known if that played a role in her death, as autopsy results are pending. Kim and Diddy dated off and on for 13 years. At her funeral, Diddy gave an emotional eulogy. Afterward, he shared an image of Kim on Instagram. "Today we lay to rest our ANGEL. Her spirit lives on with us FOREVER!!!" he wrote. "We thank you all for your prayers and support. You have no idea how much it means to us. We thank GOD for all of you. #KimPorter."

Dwyane Wade and Gabrielle Union welcomed a baby girl via a surrogate on Nov. 7, they announced on social media. The couple both shared images of their first moments with their new daughter, captioning the pics with lyrics to Bill Withers' hit song "Lovely Day." "We are sleepless and delirious but so excited to share that our miracle baby arrived last night via surrogate and 11/7 will forever be etched in our hearts as the most loveliest of all the lovely days," Gabrielle captioned the photos. "Welcome to the party sweet girl!" They named their daughter Kaavia James Union Wade.

Ben Affleck and Jennifer Garner will be checking a different box on their tax forms… the "single" box. The former couple is now officially divorced. TMZ reported that a private judge signed off on the duo's divorce documents and submitted them to a Los Angeles County Superior Court judge. That judge signed the paperwork on Nov. 7, meaning Ben and Jen are now legally unwed. The divorce date is listed as Oct. 9, 2018, since that was when Ben signed off on the divorce (Jen reportedly had signed her final paperwork days earlier). Ben and Jen never got lawyers involved in the case.

Former "The Bachelor" star Chris Soules dodged a felony charge stemming from a 2017 car crash that left a farmer dead. On Nov. 13, the former "Dancing With the Stars" contestant pleaded guilty to one count of leaving the scene of a personal injury accident, which is an aggravated misdemeanor. Chris had initially pleaded not guilty to a felony charge of leaving the scene of an accident resulting in death. But the former reality TV star could still see jail time, as the aggravated misdemeanor carries up to two years in jail. He will be sentenced in January. According to police, Chris was driving his truck on April 24, 2017, when he slammed into a man driving a tractor, sending it into a ditch. The victim, farmer Kenneth Mosher, died from injuries sustained in the accident. Chris tended to him and called 911 but cops say Chris fled the scene before law enforcement arrived.

Just a few months before he's due to surrender to prison officials following a tax evasion conviction, Mike Sorrentino tied the knot. On Nov. 1, "The Situation" married longtime love Lauren Pesce. His "Jersey Shore" castmates were all on hand. Before the nuptials, Mike shared a photo of himself and Lauren. "Today I marry my best friend, My College Sweetheart, My everything. Together as a team we can accomplish anything. I am so grateful that you are by my side," he said. "I promise to be my best self everyday & make you proud to call yourself Mrs. Sorrentino. Love you with all my heart. Here's to our big day." Afterward, Mike told Us Weekly, "I can't believe that we were able to pull off such an unbelievably beautiful wedding like that. We're on cloud nine right now. We had our wedding at a castle fit for a king and a queen."

After years and years of rumors and speculation, girl power is officially back! On Nov. 5, Geri Halliwell, Melanie Chisholm, Emma Bunton and Mel B confirmed that they are setting out on a Spice Girls reunion tour through the United Kingdom and Ireland in 2019. As expected, Posh Spice Victoria Beckham will not join her former bandmates. Ginger, Sporty, Baby and Scary Spice have the potential to really cash in on the tour too: Multiple reports said the women will each make $550,000 for each show.

Notoriously clean-living Kim Kardashian West dropped a bombshell during the Nov. 25 episode of "Keeping Up With the Kardashians" when she revealed she used ecstasy when she was younger and claimed she was on the drug when she married first husband Damon Thomas in 2000 as well as when she made her infamous sex tape with then-boyfriend Ray J in 2003. A few days later, sources close to Ray J challenged Kim's claims, telling TMZ the reality TV star was not on ecstasy nor was she drinking alcohol when she and the "Love & Hip Hop: Hollywood" star filmed their intimate home movie. According to TMZ's sources, Kim had smoked pot around the time the tape was made. TMZ further reported that Kim was sticking by her story.

Ariana Grande and Pete Davidson's split was said to be mutual, but things got ugly between them after Pete joked about their failed engagement in a "Saturday Night Live" promo that aired on Nov. 1. In the clip, Pete asked musical guest Maggie Rogers if she wanted to get married. Ariana wasn't laughing, tweeting, "For somebody who claims to hate relevancy u sure love clinging to it huh. thank u. next." But Ariana had the last laugh: Her new single, "Thank U, Next," which positively references her exes including Pete, debuted at the top of Billboard's Hot 100 songs chart in early November and spent the rest of the month there.

Oprah Winfrey's mother, Vernita Lee, died in her home in Milwaukee, Wisconsin, on Thanksgiving at the age of 83. Vernita has already been laid to rest at a private funeral. "Thank you all for your kind words and condolences regarding my mother Vernita Lee's passing," Oprah said in a statement on Nov. 26. "It gives our family great comfort knowing she lived a good life and is now at Peace." 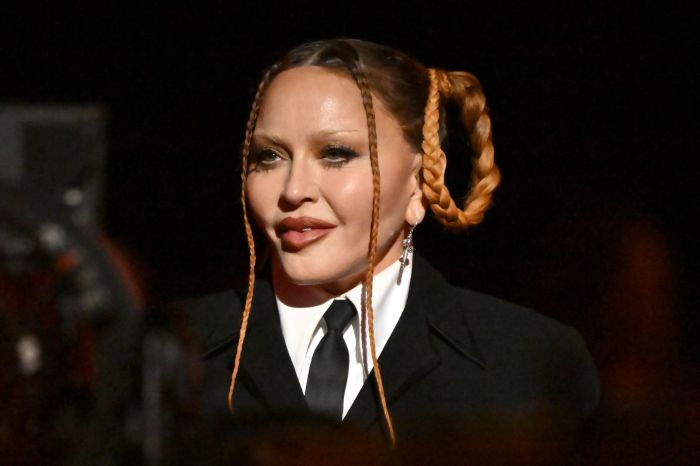