Kevin Hart underwent back surgery on Sept. 2 following a serious car accident near Los Angeles the day prior. His wife said he's expected to fully recover, but reports insist he's in for a long road of physical therapy. The actor's friend was reportedly behind the wheel of Kevin's 1970 Plymouth Barracuda when the muscle car careened off the road, crashed through a fence and went down a ditch. The car was totaled. Kevin was able to walk away from the accident (with the assistance of a bodyguard) and he went home, only to be rushed to a hospital with a "major back injury" (TMZ later reported that his spine was fractured in three places). A motorist who stopped to help said one of the occupants was pinned in the crushed vehicle. That man, who also reportedly suffered back injuries, had to be airlifted to a hospital, while a female passenger was able to walk away with minor injuries. Authorities don't believe alcohol was a factor, but speed might be.

It was hardly quiet on the Spears family front this week. Britney Spears' ex-husband Kevin Federline alleged that the pop star's dad, Jamie Spears, abused one of their kids, it was reported on Sept. 3. An investigation was launched after K-Fed reported the incident to police, claiming that Jamie put his hands on 13-year-old Preston and violently shook him during an augment, The Blast reported. The case has been turned over to the district attorney, who could charge Jamie. K-Fed supposedly learned about the incident after Britney called him to take their two boys for the night, even though it was technically still her time with them. Also on Sept. 3, it was reported that Britney and Kevin had formally agreed to a custody arrangement that gives her custody of Preston and younger brother Jayden, 12, 30 percent of the time while Kevin gets them 70 percent of the time.

Nicki Minaj dropped a bombshell this week. On Sept. 5, the rapper announced that she's retiring from the music business to become a wife and mother. "I've decided to retire & have my family. I know you guys are happy now. To my fans, keep reppin me, do it til da death of me, X in the box- cuz ain't nobody checkin me. Love you for LIFE," she wrote. Fans were understandably confused, with many thinking it was a joke. Nicki has been dating old friend Kenneth "Zoo" Petty since late 2018. The two recently got a marriage license, and she already changed her Twitter name to "Mrs. Petty." Hours after her initial retirement announcement, Nicki responded to fans on Twitter, assuring them "I'm still right here" and admitting, "in hindsight, this should've been a Queen Radio discussion & it will be," referring to her Apple Beats 1 show. She also called her retirement tweet "abrupt & insensitive, I apologize baby."

Ariana Grande might forever be upset with Forever 21. On Sept. 3, news surfaced that the singer was suing the clothing company, claiming it hired a look-alike model for a social media campaign. In her court filing, Ariana says she and the company were in talks about a deal that would highly center on social media. Eventually, Ariana passed after the sides couldn't agree on how much to pay her. She said Forever 21 ending up essentially using her likeness in ads anyway by hiring a look-alike model. "The campaign capitalized on the concurrent success of Ms. Grande's album Thank U, Next by publishing at least 30 unauthorized images and videos misappropriating Ms. Grande's name, image, likeness, and music in order to create the false perception of her endorsement," the lawsuit claims. Ariana is seeking at least $10 million in damages.

Jonah Hill has put a ring on it. The Oscar-nominated actor is engaged to Gianna Santos. Jonah, 35, and Gianna, 29, were first linked last summer but have maintained a very private relationship. Gianna has an impressive background in style and beauty and is currently a content editor for beauty site Violet Gray. Jonah, meanwhile, recently bought a $6.77 million home in Santa Monica, California.

A man has been charged in connection to the death of Mac Miller, according to a federal criminal complaint unsealed on Sept. 4. Court documents allege that Cameron James Pettit, 28, was one of three people who supplied the rapper with counterfeit oxycodone pills containing fentanyl. Mac was found dead in his home on Sept. 7, 2018. A coroner's report said he died from an accidental overdose of alcohol, cocaine and fentanyl. The criminal complaint showed direct messages from Cameron's Instagram account in which he spoke about laying low after Mac's death.

This is moving fast! One day before Miley Cyrus and Liam Hemsworth announced their split, the singer was photographed kissing Brody Jenner's ex, Kaitlynn Carter. Now, less than a month after Miley's announcement (and a month after Kaitlynn and Brody broke up), the women have moved in together. "They live together and are very happy," a source close to the singer told People magazine, adding that Miley is "doing great" and "moving on." Last month, Liam filed for divorce, indicating he's moving on as well. Miley, People's source added, "seems to have no regrets. She loves being with Kaitlynn."

Now firmly in the midst of their college bribery scandal court case, Lori Loughlin and husband Mossimo Giannulli have been hit with rumors of marital discord. This week, Us Weekly reported that their marriage is crumbling behind closed doors. "Their daughter Bella is extremely concerned they're going to get divorced," an insider told the mag. The couple has been arguing about both money and their case, in which they are accused of paying bribes to get their daughters into the University of Southern California (they rejected a plea deal earlier this year). "Lori was inclined to take the deal, but Mossimo said it would ruin both of their careers," the insider said. Another source added, "Her friends think she should leave him, but Lori refuses and says the ordeal has made them stronger."

President Donald Trump is in a fight with a Hollywood celebrity. Sound familiar? This time, it's Debra Messing. The whole thing started after the "Will & Grace" star called for a full disclosure of attendees at a Republican National Committee fundraiser in Beverly Hills. The tweet didn't sit well with many (including a lot of Democrats). Trump, never one to sit idly by when a celebrity slams him, tweeted on Sept. 5, "Bad 'actress' Debra The Mess Messing is in hot water. She wants to create a 'Blacklist' of Trump supporters, & is being accused of McCarthyism. Is also being accused of being a Racist because of the terrible things she said about blacks and mental illness," POTUS tweeted, also referring to one of Debra's previous Twitter dramas (she apologized for "liking" an image of a church sign calling black Trump voters "mentally ill"). "If Roseanne Barr said what she did, even being on a much higher rated show, she would have been thrown off television. Will Fake News NBC allow a McCarthy style Racist to continue? ABC fired Roseanne. Watch the double standard!" Debra's costar Eric McCormack tweeted something similar to Debra, but he didn't catch Trump's ire.

Alec and Hilaria Baldwin aren't done having kids. While appearing on Kevin Nealon's YouTube series Hiking with Kevin, Alec said a fifth child is in the works for he and his wife. "We have four kids. She wants to have another one. We're having another one," he said. "We're gonna have a fifth baby." Alec was quick to point out that Hilaria isn't pregnant as of yet. Alec shares four children with Hilaria, and one child, Ireland, with Kim Basinger. 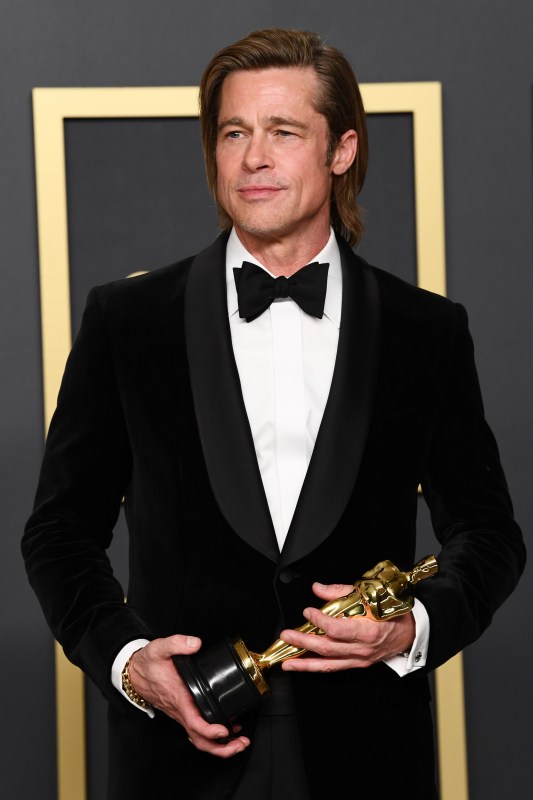