After two kidney transplants due to kidney dysplasia she was diagnosed with as a child, Sarah Hyland is healthy but immunocompromised, making her eligible for a third shot, or booster dose, of the COVID-19 vaccine. The "Modern Family" alum got her third jab this week and shared a video on her Instagram Story. "Got my booster vaccine AND my flu shot!!!" the 30-year-old star wrote in the post. "Stay healthy and trust SCIENCE my friends!" Sarah sounded equally excited about her first dose of the vaccine, which she got back in March. "As a person with comorbidities and on immunosuppressants for life, I am so grateful to receive this vaccine," she said on social media at the time. Her latest post about vaccines comes amid confusion and some disagreement among health experts over when booster shots are necessary and who should be prioritized in receiving them outside of people like Sarah, who are expressly at-risk.

In her moving new memoir, "You Got Anything Stronger," Gabrielle Union details how she was affected by learning Dwayne Wade had fathered a child with another woman when they were on a break before getting married in 2014. She also explains how and why she forgave the former Miami Heat star. Explaining that the two were "not in a good place" when Dwyane's son was conceived, she writes that they'd gotten to a "better one" when she found out what had happened. That didn't make it easy, though. "To say I was devastated is to pick a word on a low shelf for convenience. There are people — strangers who I will never meet — who have been upset that I have not previously talked about that trauma. I have not had words, and even after untold amounts of therapy I am not sure I have them now. But truth matters," she writes. The actress, who started seeing Dwyane in 2008, goes on to share her painful experience of trying to have a child with Dwayne once they'd patched things up — only to miscarry multiple times due to a health condition. "The experience of Dwyane having a baby so easily while I was unable to left my soul not just broken into pieces, but shattered into fine dust scattering in the wind," she writes. Still, she says, they worked to both have a child — which they eventually did — and repair their relationship. "Each day, he had worked to be forgiven, and I had chosen to love him and forgive him. And part of this journey of making peace with our love is also making peace with ourselves," she explains, adding that working through their troubles ultimately allowed them both to become the people they wanted to be. Gabrielle and Dwyane went on to welcome their daughter, Kaavia, in 2018, via surrogate. The star's new memoir arrived on shelves on Sept. 14.

Wendy Williams may be struggling with more than COVID-19

On Sept. 16, multiple outlets reported Wendy Williams was taken to New York City's Beth Israel Hospital for a mental health evaluation earlier this week. According to TMZ and Page Six, the daytime TV star's hospital visit took place on Sept. 14, the day before it was announced that her show's new season would not premiere until Oct. 4 — rather than its scheduled air date of Sept. 20 — for reasons related to her recent breakthrough case of COVID-19. Sources tell TMZ Wendy's health has been improving since her psychiatric evaluation, which was not a surprise to those close to her given her past mental health struggles. The website also reports her bout with COVID-19 remains asymptomatic. A rep for the NYPD, meanwhile, has confirmed to Page Six that an ambulance was requested at Wendy's address on the morning of Sept. 14 for a 57-year-old woman in need of a psychiatric evaluation. Reps for the star did not immediately respond to either outlet's request for comment.

"Grey's Anatomy" fans who were devastated by the Season 11 death of Patrick Dempsey's Derek "McDreamy" Shepherd character just got a surprise batch of (alleged) explanations for his exit, courtesy of a new book. In Lynette Rice's "How to Save a Life: The Inside Story of Grey's Anatomy," producers and stars who worked with Patrick on the long-running show claim "HR issues" and on-set tensions contributed to the decision to kill off McDreamy. "Shonda needed an OG to come in as sort of a showrunner for fourteen episodes," says former "Grey's" executive producer James D. Parriott in an excerpt first published by The Hollywood Reporter. "There were HR issues. It wasn't sexual in any way. He sort of was terrorizing the set. Some cast members had all sorts of PTSD with him," he continued. James also said that while Patrick "knew he could stop production and scare people," it seemed that the actor "was just done with the show" ahead of his departure, based on what James saw of his attitude. He also alleged Patrick and "Grey's" creator Shonda Rhimes "were at each other's throats" by the end. Another former EP, Jeannine Renshaw, claimed Patrick was sparking ire with his costar, Ellen Pompeo, too. "She would get angry that he wasn't working as much," Jeannine claimed. "She was very big on having things be fair. She just didn't like that Patrick would complain that 'I'm here too late' or 'I've been here too long' when she had twice as many scenes in the episode as he did." Patrick, for his part, said working "ten months [a year], fifteen hours a day," got tough as the years went on. "You never know your schedule, so your kid asks you, 'What are you doing on Monday?' And you go, 'I don't know,' because I don't know my schedule. Doing that for eleven years is challenging." He also said he was "grateful" to have had the run that he did. "You're well compensated," he added, "so you can't really complain because you don't really have a right."

Scarlett Johansson's daring lawsuit against Disney has sparked a fair pay rallying cry in Hollywood — and as Jamie Lee Curtis writes in Time's new 100 Most Influential People issue, its also proof you don't mess with ScarJo. Scarlett filed suit against Disney in July, claiming the studio breached her contract when it released "Black Widow" online via Disney+ and in theaters simultaneously. In her suit, Scarlett cited how her contract with Disney's Marvel Entertainment made her earnings for the film dependent primarily on its "guaranteed exclusive" theatrical release, according to People. In response to the filing, Disney released a statement slamming Scarlett for what it called her "callous disregard for the horrific and prolonged global effects of the COVID-19 pandemic," rather than acknowledging the studio had not stuck to the agreed upon terms. In her blurb about Scarlett, Jamie alluded to all of those details and more. "I recently watched her own the screen as the Black Widow, who exacts revenge on a powerful figure who manipulates (emphasis on man) women to fight for him," Jamie wrote. "And then I saw her brilliant response to a real-life manipulation (same emphasis), when she filed a breach-of-contract lawsuit against the studio, alleging its decision to release the film simultaneously in theaters and on streaming cost her substantial losses in pay." She continued: "Whether as an assassin with a conscience, an actor with an emotional center or, having just given birth to her second child, a fierce mother, the message is clear: Don't f—- with this mama bear."

Elton John's Farewell Yellow Brick Road tour has been postponed due to an injury the 74-year-old sustained during a nasty fall. "At the end of my summer break I fell awkwardly on a hard surface and have been in considerable pain and discomfort in my hip ever since," the Rocket Man said in a statement shared on his Twitter. "Despite intensive physio and specialist treatment, the pain has continued to get worse and is leading to increasing difficulties moving." Elton said he's been "advised to have an operation as soon as possible" to get him "back to full fitness" without "long-term complications" from the injury, adding that he plans to follow up the surgery with "intensive physiotherapy that will ensure a full recovery and a return to full mobility without pain." After hitting the road for the farewell tour in 2018, Elton was forced to put touring on hold last year because of the coronavirus pandemic. In June, as COVID-19 vaccines became widely available, he announced a final leg, with dates in North America and Europe. Thanking fans for their patience since 2020, Elton closed by saying, "I completely feel your frustrations after the year we've had. I promise you this — the shows will return to the road next year and I will make sure they are more than worth the wait." He will still perform at the Sept. 25 Global Citizen event, he noted, but will then take a break to deal with his health until January 2022, when he expects to return to the stage in New Orleans. The rock legend also appears on one track on Lil Nas X's first full-length album, "Montero," due out Sept. 17.

Two months after Renee Zellwegger made a low-key cameo appearance in a video on Ant Anstead's Instagram, the clearly happy couple are now officially Instagram official. On Sept. 16, the British car show host shared an adorable black and white selfie of the pair. There was no caption, but the elated looks on their faces as Renee snuggles up to her guy in the shot said it all. Renee, 52, and Ant, 42, met on the set of his new show, "Celebrity IOU: Joyride," when the two-time Oscar winner appeared as a guest. Their relationship appears to have taken off quickly after that, with Ant confirming they were an item in August.

Split rumors have swirled around Tori Spelling and Dean McDermott for months without an explicit confirmation or denial from either of them. This week, Dean finally addressed the rumors — including why he and Tori have been spotted without their wedding rings recently — on the Sept. 15 edition of the "Feminine Warrior" podcast, though he still failed to confirm or deny anything. "It's just weird that people need to know," Dean said. "'What's going on with Tori and Dean? She's not wearing her ring.' Why do you need to know that? How is that going to affect your day?" he asked. "I don't reply [to the rumors] anymore. It's just like, 'OK, if that's what you want to think, then think it.'" As for the pair's missing wedding rings, Dean pointed to a recent photo of Tori's ringless hand, saying the press acts as if "we're divorced because they got a picture of Tori without her ring at the farmers market," when in fact, "she took it off because she washed her hands and forgot to put it back on." He said he's been ring-free ever since he lost "a silicone utility ring" he'd taken off and put in his pocket to play golf. "So, I lost my utility ring and then somebody saw that," he claimed. "So I'm like, 'Forget it, I'm not going to replace it. Just let them think it.'" Dean and Tori tied the knot back in 2006. They share five children — Liam, 14, Stella, 13, Hattie, 9, Finn, 9, and Beau, 4. 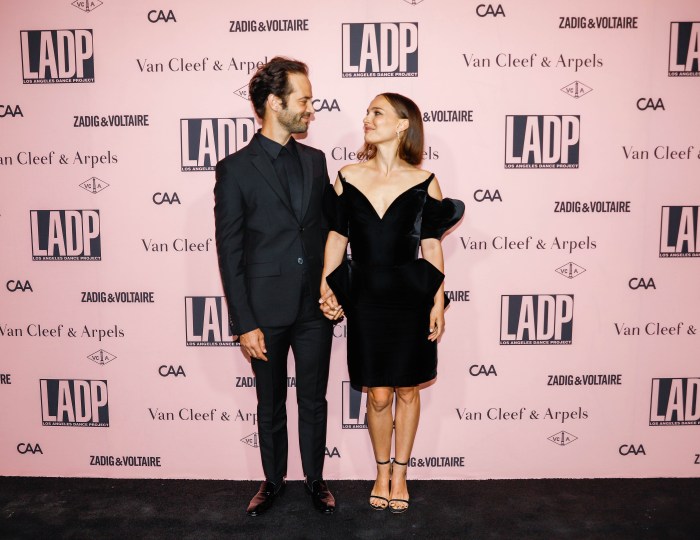