It's been 20 years since "The Virgin Suicides" opened in theaters on April 21, 2000. In honor of the film's milestone anniversary, Wonderwall.com is taking a look back at some of our all-time favorite big-screen sisters, beginning with the stars of Sofia Coppola's feature-film debut, which she adapted from the 1993 novel of the same name. Kirsten Dunst, A.J. Cook, Hanna R. Hall, Leslie Hayman and Chelse Swain starred as the overly sheltered Lisbon sisters, who enter into a suicide pact in suburban Michigan during the mid-'70s in the moody drama. Keep reading for more…

Adapted from the 2001 novel of the same name, "The Other Boleyn Girl" offered a fictional take on the relationship between King Henry VIII's second wife, Anne Boleyn, and her sister, Mary, the king's former mistress. In the film, Natalie Portman starred as the ambitious schemer Anne, while Scarlett Johansson portrayed her gentle-hearted sister. We still love this film even though it failed to impress critics!

Perhaps our all-time favorite movie about sisters is the 1994 adaptation of "Little Women," which earned three Oscar nominations. Winona Ryder, Kirsten Dunst, Claire Danes and Trini Alvarado starred as the titular March sisters while Susan Sarandon portrayed their mother in the drama, which is set in the late 1800s and based on the 1868 Louisa May Alcott novel of the same name. This adaptation, however, isn't the only one that made our list…

While the 1994 version of "Little Women" already made our list, we'd be remiss not include filmmaker Greta Gerwig's 2019 adaptation of the Louisa May Alcott classic. Saoirse Ronan, Florence Pugh, Emma Watson and Eliza Scanlen starred as the beloved March sisters while Laura Dern played matriarch Marmee. What sets this one apart from others is its uplifting and modernized take on the classic tale. Greta's version, which was nominated for best picture at the 2019 Academy Awards, expertly blends the classic charm of its source material with a fresh, contemporary approach.

The Disney film "Lilo & Stitch" emphasizes the relationship between Nani (voiced by Tia Carrere) and Lilo (voiced by Daveigh Chase) — two sisters who must piece their lives back together after the tragic death of their parents. While it features elements of action and adventure, at its core, this is a female-centric film about two women of color. The 2002 movie offers a heartfelt exploration of grief, friendship and the power of sisterhood — after all, "Ohana means family, and family means nobody gets left behind — or forgotten."

Though there have been many adaptations of Jane Austen's 1813 novel "Pride & Prejudice" over the years, our favorite is the 2005 version directed by Joe Wright, which earned four Oscar nominations. Keira Knightley, Rosamund Pike, Carey Mulligan, Jena Malone and Talulah Riley starred as the Bennet sisters, who fall in love in spite of class restrictions in late 18th century England. (Donald Sutherland and Brenda Blethyn portrayed their parents.)

It's one of the top-grossing cartoons of all time: 2013's "Frozen," which won the Oscar for best animated feature film, as well as the Academy Award for best original song for everyone's favorite earworm, "Let It Go." Idina Menzel voiced Queen Elsa, who can create and control ice and snow, and Kristen Bell voiced her little sister, Anna, who fights to pull Elsa out of her self-imposed isolation, in a story about how sisterly love conquers all! The sisters got an equally powerful sequel with 2019's "Frozen II."

Emma Thompson and Kate Winslet starred as the Dashwood sisters in the 1995 Ang Lee-directed adaptation of Jane Austen's 1811 novel "Sense and Sensibility." Emma earned two Oscar nominations for the drama: best adapted screenplay, which she won, and best lead actress for her performance as the sensible and reserved Elinor. The film earned five more Academy Award nominations, including best picture and best supporting actress for Kate, who starred as Elinor's younger sister, Marianne, who's ruled by her emotions.

No movie sisters have been more silly or spooky than the Sanderson sisters in 1993's "Hocus Pocus." Kathy Najimy, Bette Midler and Sarah Jessica Parker starred as the trio of witches, who come back from the dead for one night only to restore their youth by draining the souls from children in modern Salem, Massachusetts.

Speaking of sister witches: We've always had a soft spot for the Owens sisters — Sandra Bullock and Nicole Kidman — in 1998's "Practical Magic," a (super-dark) romantic comedy about a clan of modern witches struggling against a centuries-old family curse dooming the men they love to early deaths.

There's no shortage of drama in this rom-com! "27 Dresses" featured the tumultuous relationship between big sister and perpetual bridesmaid Jane (Katherine Heigl) and her younger, vindictive sister Tess (Malin Akerman). When Tess takes an interest in Jane's boss and longtime crush, George (Edward Burns) — who reciprocates her affection — the tension between the two sisters increases. While Tess and George develop their relationship, Jane begins spending time with Kevin (James Marsden), a reporter she meets at a wedding.

It's one of the greatest sports films of all time: 1992's "A League of Their Own." Penny Marshall directed Geena Davis as star catcher Dorothy "Dottie" Hinson and Lori Petty as her kid sister, pitcher Kit Keller, in the WWII-era dramedy, which earned two Golden Globe nominations. Tom Hanks, Rosie O'Donnell, Madonna and Bill Pullman rounded out the all-star cast.

Our favorite '90s teen rom-com — 1999's "10 Things I Hate About You," which is loosely based on Shakespeare's "The Taming of the Shrew" — centers around the Stratford sisters: popular sophomore Bianca (Larisa Oleynik) and studious, antisocial senior Kat (Julia Stiles). If Joseph Gordon-Levitt's Cameron wants to go out with Bianca, he has to first set up Kat with Heath Ledger's Patrick… and the rest is history!

Three sisters — Vanessa Williams, Nia Long and Vivica A. Fox — are at the center of the hit 1997 dramedy "Soul Food," which chronicles one extended family's troubles and complicated relationships following the death of their matriarch.

Woody Allen directed the 1986 dramedy "Hannah and Her Sisters," in which Mia Farrow starred as Hannah while Barbara Hershey and Dianne Wiest portrayed her sisters, who become romantically entangled with Hannah's husband and ex-husband. It was a hit at the box office, as well as with critics and went on to win three Oscars: best supporting actress for Dianne, best supporting actor for Michael Caine as Hannah's current husband and best original screenplay.

"Our Little Sister" is a 2015 dramedy that told the story of three sisters — Sachi (Haruka Ayase), Yoshino (Masami Nagasawa) and Chika (Kaho) — who invite their half sister, Suzu (Suzu Hirose), to live with them after their estranged father passes away. The film, which won the Japan Academy Prize for picture of the year, offers a heartwarming exploration of three women who welcome their long-lost younger sister into their lives after years of not knowing her.

Before she moved to Dubai and adopted a bizarre faux-foreign accent, Lindsay Lohan was one of Hollywood's most promising young stars. She showed off her talent in the 1998 remake of "The Parent Trap," in which she portrayed twin sisters separated at birth and raised without knowledge of each other's existence who reunite at age 11 and switch places in a ploy to reunite their parents.

The critically acclaimed Studio Ghibli cartoon "My Neighbour Totoro," which debuted in 1988, centers around two young girls in 1950s Japan who befriend various forest spirits while their mother is recovering from an illness at a nearby hospital. The story is simple yet beautiful, which is why it continues to win new fans today!

When Tracy Fishko (Lola Kirke) has a difficult time adjusting to life as a college freshman, she decides to spend more time with her eccentric, soon-to-be stepsister, Brooke (Greta Gerwig). The 2015 film, which was co-written by Greta and love Noah Baumbach, focused on the female bond that developed between these two heroines. Witty, charming and heartfelt, "Mistress America" hilariously charts their progression from strangers to genuine friends.

There's a whole lot more at play than the relationship between two sisters in "The Hunger Games," but never forget that every move Jennifer Lawrence's Katniss Everdeen makes is to protect her little sister, Willow Shields' Prim. The four-film franchise, which kicked off in 2012, is one of our all-time favorites and gave us one of the greatest actresses working today!

Based on the play of the same name, 1986's "Crimes of the Heart" told the story of the Magrath sisters — Babe (Sissy Spacek), Lenny (Diane Keaton) and Meg (Jessica Lange) — who are forced to return to their Mississippi family home to settle their differences once and for all. Despite their initial unwillingness to be together, their bond proves stronger than their hesitancies.

Toni Collette starred as straight-laced lawyer Rose and Cameron Diaz portrayed her freewheeling younger sister, Maggie, in the 2005 dramedy "In Her Shoes." (The only thing the sisters have in common is their shoe size!) Shirley MacLaine earned a Golden Globe nomination for her performance as their estranged grandmother, Ella, in the flick, which performed well with critics and at the box office.

The Olsen twins starred in countless films before retiring from acting, but there's none we love more than the 2004 comedy "New York Minute," in which they portrayed twins with totally opposite personalities: Ashley Olsen portrayed uptight overachiever Jane, while Mary-Kate Olsen portrayed the rebellious rocker Roxy. The movie didn't just perform poorly with critics. (It has an 11 percent rotten rating with critics on Rotten Tomatoes.) It also tanked at the box office. But if you grew up with the Olsen twins, you know why their final feature film as a twosome is kind of a big deal.

Abigail Breslin starred as a young girl conceived via in vitro fertilization to be a genetic match for her older sister (Sofia Vassilieva), who's suffering from leukemia, so that she can serve as a blood and organ donor in the Nick Cassavetes-directed 2009 drama "My Sister's Keeper." Cameron Diaz and Jason Patric portrayed the girls' parents in the tearjerker, which performed well at the box office in spite of mixed reviews from critics.

Just because the critics hated it doesn't mean we can't appreciate the 2000 Nora Ephron-produced dramedy "Hanging Up," which Diane Keaton directed. (Diane, we worship at your altar.) She, Meg Ryan and Lisa Kudrow starred as three sisters coming to terms with the imminent death of their father.

The 2011 film "Your Sister's Sister" told the story of Iris (Emily Blunt), who invites her friend Jack (Mark Duplass) to her family's cabin after his brother tragically passes away. Before Iris arrives, Jack unexpectedly meets Hannah (Rosemarie DeWitt) — and after a drunken night, the two sleep together. What he doesn't realize, though? Hannah is Iris's sister! What ensues is a complicated (albeit comedic) love triangle. 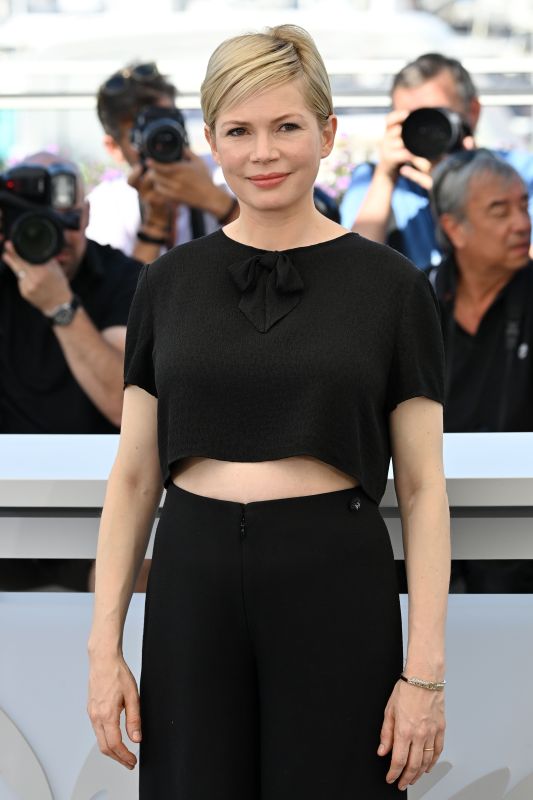