In celebration of the May 1, 2020, release of Ryan Murphy's latest project, the Netflix limited series "Hollywood," Wonderwall.com is taking a look at the actors and actresses bringing the show's characters to life. "Hollywood" reimagines what Hollywood's Golden Age would look like if actors and filmmakers from marginalized communities were to dismantle the film industry's unfair biases. Keep reading for more…

RELATED: TV show based on books

As a founding member and co-owner of the Chicago-based musical theater company StarKid Productions, Darren Criss first garnered attention when he landed the lead role of Harry Potter in the company's musical parody "A Very Potter Musical" in 2009 (he also wrote most of the lyrics and music). This wasn't his only foray into musical theater — he went on to star on Broadway in "How to Succeed in Business Without Really Trying" in 2012 and "Hedwig and the Angry Inch" in 2015. But he's best known for playing Blaine Anderson on the FOX musical series "Glee" from 2010 to 2015. His first musical cover on the series, "Teenage Dream" by Katy Perry, went on to become the fastest selling "Glee" single — it reached No. 8 on the Billboard Hot 100 and was certified gold in the States. In 2015, Darren was nominated for an Emmy for penning the track "The Time" for the "Glee" finale. The San Francisco-born actor later earned an Emmy and a Golden Globe for his performance as murderer Andrew Cunanan in Ryan Murphy's "The Assassination of Gianni Versace: American Crime Story." Darren's Emmy win made him the first Asian American actor to take home an Emmy for acting. In February 2019, he married longtime girlfriend Mia Swier.

David Corenswet is best known for playing River Barkley on Ryan Murphy's comedy-drama series "The Politician," on which he stars alongside Ben Platt, Zoey Deutch, Lucy Boynton and Bob Balaban. His first feature film role was in 2011's "Following Chase" (he also wrote the screenplay). He's also appeared in films like "Affairs of State" and "Project Pay Day" and on television shows like "Instinct" and "House of Cards."

In 2017, Laura Harrier appeared in her breakout role as Liz in "Spider-Man: Homecoming." Prior to that, she played Destiny Evans on the short-lived reboot of the beloved soap opera "One Life to Live." She also appeared on the television series "Unforgettable" in 2014 and the musical film "The Last Five Years" in 2014. In 2018, the Chicago-born actress landed a role in Spike Lee's thriller "BlacKkKlansman," in which she starred opposite John David Washington, Topher Grace and Adam Driver. In addition to appearing on "Hollywood," in 2020, Laura is set to appear in the films "Bios" and "The Starling."

Samara Weaving first gained attention for her portrayal of Indi Walker on the Australian soap opera "Home and Away." She's since starred on the series "SMILF" from 2017 to 2019 and "Picnic at Hanging Rock" in 2018. The Australian actress also landed starring roles in the "The Babysitter" and "Mayhem" in 2017 and "Ready or Not" in 2019. In 2020, she will appear in two films — the sci-fi comedy "Bill & Ted Face the Music" and the action flick "Snake Eyes."

After finding fame in films like "Steel Magnolias" and "In the Line of Fire" in the late '80s and early '90s, Dylan McDermott earned widespread acclaim playing lawyer Bobby Donnell on the drama series "The Practice," for which he earned a Golden Globe. He's also known for his roles on Ryan Murphy's "American Horror Story: Murder House," "American Horror Story: Asylum," "American Horror Story: Apocalypse" and "American Horror Story: 1984." He also landed starring roles in a handful of short-lived series including "Dark Blue," "Hostages," "Stalker" and "LA to Vegas." In 2019, he had a recurring role on Ryan's "The Politician." As for forthcoming projects? Dylan is set to appear in the 2021 biopic "King Richard." Following high-profile romances with stars including Julia Roberts and Melissa Gilbert, he was married to actress Shiva Rose, with whom he has two children, from 1995 to 2009. He and actress Maggie Q ended a four-year engagement in 2019.

From 1998 to 2003, actress-playwright Holland Taylor played Judge Roberta Kittleson on the drama series "The Practice," for which she won a Primetime Emmy Award in 1999. She also famously played Evelyn Harper on the sitcom "Two and a Half Men" from 2003 to 2015. Over the years, she has appeared on sitcoms including "Bosom Buddies" and "The Powers That Be" and in films like "The Truman Show" and "Legally Blonde." In 2013, she was nominated for best actress in a play at the Tony Awards for her portrayal of Ann Richards in the solo play "Ann," which she also wrote. She's also been on TV's "Ally McBeal," "The Word" and "Electric City." In 2020, she appeared in "To All the Boys: P.S. I Still Love You" and will next appear in the films "The Stand-In" and "Bill & Ted Face the Music." She currently stars on the crime-drama series "Mr. Mercedes," which is based on the novel trilogy by Stephen King. Since 2015, she's been in a relationship with actress Sarah Paulson.

In addition to being inducted into the American Theater Hall of Fame in 2006, actress-singer Patti LuPone has earned Grammy Awards, Tony Awards and Olivier Awards over the course of her career. In 1973, she made her Broadway debut in "Three Sisters" and in 1975, she earned her first Tony nomination for her work in the musical "The Robber Bridegroom." In 1979, she won the Tony for best actress in a musical for her portrayal of Eva Perón in Broadway's "Evita." Then, in 1985, she earned Olivier Awards for best actress in a musical for her roles in both "Les Misérables" and "The Cradle Will Rock." Patti has appeared in other musicals including "Sweeney Todd," "Women on the Verge of a Nervous Breakdown," "The Anarchist," "War Paint" and "Company." She's also landed roles in many films and television shows including "The Comedian," "Last Christmas," "Glee" and "Crazy Ex-Girlfriend." Since 1988, she's been married to Matthew Johnston, with whom she shares son Joshua.

Jim Parsons is best known for playing Sheldon Cooper on the beloved CBS sitcom "The Big Bang Theory," which ran from 2007 to 2019. For his portrayal, he's earned a plethora of awards including four Primetime Emmys and a Golden Globe. According to Forbes, in 2018, Jim was the world's highest paid television actor, with an estimated annual salary of $26.5 million. In 2011, he made his Broadway acting debut as Tommy Boatwright in the play "The Normal Heart," which earned him a Drama Desk Award with his castmates for outstanding ensemble performance. He reprised the role in Ryan Murphy's 2014 film adaptation of the play, for which he garnered his seventh Emmy nomination. He also appeared in "Hidden Figures" in 2016 and "Extremely Wicked, Shockingly Evil and Vile" in 2019. He's been married to art director Todd Spiewak since 2017.

Jake Picking gained attention after landing the role of Sean Collier in the crime-drama film "Patriots Day" in 2016. He's also appeared in other films including "Only the Brave," Blockers," "Sicario: Day of the Soldado" and "Horse Girl." In 2020, he's set to appear in "Top Gun: Maverick."

Prior to breaking into Hollywood as an actress, Queen Latifah was a rapper. She released her Grammy-nominated debut album "All Hail the Queen" in 1989. Her second album, 1991's "Nature of a Sista'," delivered another Grammy nod. In 1994, she finally took home the award for best rap solo performance at the 37th Annual Grammy Awards for her track "U.N.I.T.Y." off her album "Black Reign." During this time, she starred as Khadijah James in the sitcom "Living Single," a role she played from 1993 to 1998. She went on to earn a best supporting actress Oscar nomination for her performance in 2002's "Chicago." She's since appeared in other films including "Taxi," "Barbershop 2: Back in Business," "Beauty Shop," "Last Holiday," "Hairspray" and "Girls Trip." She won a Primetime Emmy for outstanding television movie for producing 2015's "Bessie," in which she also starred as blues songstress Bessie Smith. In celebration of her accomplishments, Queen Latifah received a star on the Hollywood Walk of Fame in 2006.

Michelle Krusiec has appeared in a variety of films including "Saving Face," "Knife Fight," "Whatever Happens in Vegas," "Dumb and Dumberer" and "The River Murders," in which she starred opposite Ray Liotta and Christian Slater. She also has a background in musical theater, having written, directed and performed "Made in Taiwan," a one-woman show. Michelle has also appeared on the small screen on series like "Community," "Fringe," "Hawaii Five-0" and "Supergirl."

After making his theatrical acting debut in Keith Curran's "Walking the Dead" and appearing in Paula Vogel's "The Baltimore Waltz," Joe Mantello transitioned from acting to directing. He's since helmed a slew of Broadway musicals including "Wicked," "An Act of God," "The Humans," Blackbird," "Three Tall Women," "The Boys in the Band" and "Hillary and Clinton." To date, he's been nominated for eight Tony Awards and has earned two — best direction of a play for "Take Me Out" in 2003 and best direction of a musical for "Assassins" in 2004. For his accomplishments in Broadway and musical theater, Joe was inducted into the American Theater Hall of Fame in 2018. From 1990 to 2002, his romantic partner was playwright Jon Robin Baitz.

Maude Apatow first garnered attention when she played the daughter of real-life mom Leslie Mann's characters in dad Judd Apatow's films including "Knocked Up," "Funny People" and "This Is 40." In 2016, 2017 and 2018, respectively, she starred in three films — "Other People," "The House of Tomorrow" and "Assassination Nation." Then in 2019, she landed a starring role in the critically acclaimed Sam Levinson-created HBO drama series "Euphoria," in which she plays Lexi Howard. In 2020, in addition to Ryan Murphy's "Hollywood," Maude is set to star in the comedy film "King of Staten Island" alongside Pete Davidson, Marisa Tomei, Bill Burr, Bel Powley and Steve Buscemi. 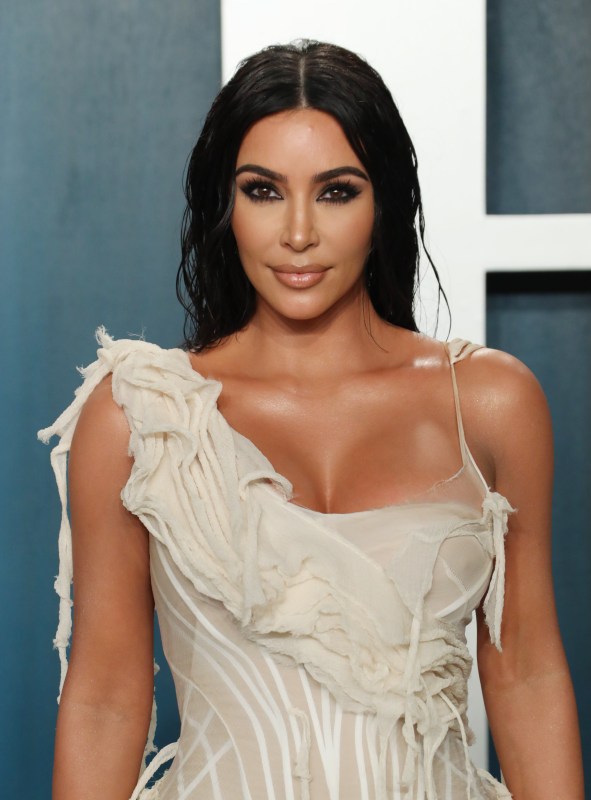