It's a girl! Although multiple reports indicated months ago that Khloe Kardashian was expecting a boy, the reality TV star revealed on the "Keeping Up With The Kardashians" finale on March 4 that she and her beau, NBA star Tristan Thompson, are having a daughter. She later tweeted the news too. "I am now so excited my daughter will have forever best friends with Chicago and Stormi!! God is great!!! Thank you Lord for our princess," she wrote, referencing her newborn nieces. Khloe said she and Tristan don't have a name picked out yet (they had a name ready to go if it was a boy though!), but revealaed it will likely start with the letter "T" or, perhaps, a "K," she wrote on Twitter.

RELATED: How much each member of the KarJenner family is worth

Usher and his wife, manager Grace Miguel, are done after two years of marriage and about nine years together. The couple announced their split on March 6. "After much thought and consideration we have mutually decided to separate as a couple," they said in a statement. "We remain deeply connected, loving friends who will continue supporting each other through the next phases of our lives. The enormous amount of love and respect that we have for each other will only increase as we move forward." According to Us Weekly, the couple has been separated for months. The split comes months after multiple women alleged that the R&B star gave them herpes.

Less than a week after she was arrested on domestic violence charges, Heather Locklear has once again entered rehab. E! News reported that authorities also executed a search of her home on March 6. A warrant was obtained after the "Melrose Place" alum allegedly threatened police. "Locklear told deputies she would shoot them if they ever came to her house again," police said. Authorities didn't find a gun in her residence.

Well, this is a mess. Tommy Lee wants to press charges against the 21-year-old son he shares with Pamela Anderson after a March 5 skirmish sent the rocker to the hospital. Tommy insists son Brandon straight-up attacked him, whereas Brandon says he hit his dad in self-defense. Tommy posted an image of his busted lip to social media on March 6. "My heart is broken. You can give your kids everything they could ever want in their entire lives and they can still turn against you," he wrote. The whole dispute apparently started after Pamela Anderson spoke to Piers Morgan about her relationship with Tommy. According to TMZ, Tommy got upset and posted a tweet blasting Pam for continuously bringing up their past in interviews. Brandon, who'd been living at Tommy's home, took exception to that. Brandon claims Tommy lunged at him. Tommy countered, "My fiance and I were in bed when my son busted into the room and assaulted me. I asked him to leave the house and he knocked me unconscious. He ran away from the police. THAT'S the truth." Pam has come out to publicly support her son and accuse Tommy of being an alcoholic who needs rehab, which Tommy denies.

"The Bachelor" star Arie Luyendyk Jr. became public enemy No. 1 this week. On the March 5 finale of the ABC reality show, Arie popped the question to Becca Kufrin in Peru, choosing her over runner-up Lauren Burnham. However, just weeks after proposing, he dumped Becca and made sure the whole thing was filmed. Why did he dump her? Because he said he wanted to work things out with Lauren, his runner-up. Fast-forward to the "After The Final Rose" special on March 6: Arie came face-to-face with Becca and told her he wanted the split filmed so people wouldn't have questions. A few minutes after that, he proposed to Lauren on live TV. "I have made some bad decisions, but the best decision was running back to you. I can't imagine a life without you," he said. "And I want to do this in front of everyone because I want to show you that I should have done this a long time ago." She said yes, and he told People magazine that they'll wed this year. Silver lining for Becca: She was named as the next star of "The Bachelorette."

Meg Ryan and John Mellencamp could be headed down the aisle — at least that's what many people in John's community think. The New York Post reported that locals in Daufuskie Island, South Carolina — where John owns a mansion — have revealed the couple has been spotted all over the island in the past few weeks "and that they appear to be putting together some celebration." There are rumors that that "celebration" could be a wedding. Meg's team says the rumors are false, but that isn't quelling the whispers. Meg and John dated for three years from 2011 to 2014. They reconciled last year.

Oscar, where art thou?

On Oscar Sunday, Frances McDormand was feeling a range of emotions. First, she won the Academy Award for best actress. Then, she gave an amazing speech in which she asked all Oscar-nominated women to stand. It was incredibly powerful. "Look around, everybody. Look around, ladies and gentlemen, because we all have stories to tell and projects we need financed," she said. Hell of night, right? But then things went wrong. While she was at the Governors Ball following the ceremony, someone snatched her Oscar. The man who stole it was even photographed with the statue. A security officer spotted the thief before he could flee and turned him over to police. The man was arrested for felony grand theft, and Frances got her property back.

Scott Disick was not there on March 7 when Lionel Richie was honored in a hand and footprint ceremony at Hollywood's iconic TCL Chinese Theatre, and that was all part of the plan. According to reports, the legendary singer "banned" daughter Sofia Richie's boyfriend from attending. "It's no secret how Lionel feels about Scott. He doesn't like that they are together," a source told The Sun. "Scott has so much baggage and went to rehab. Who wants that for their teen daughter? He banned her from bringing him with her to the hand and footprint ceremony." Lionel, of course, has been vocal about his feelings concerning his 19-year-old daughter's relationship with Scott, 34. Last month he called the romance "just a phase." "It's just a phase and I'm going to stand real still in the corner, get me a good drink and not make too much noise," he said. "Now I know what my parents meant when I came through the door with my afro and my girlfriend and said, 'Dad, I'm in love.'"

It'll be a boy for Chip and Joanna Gaines. The "Fixer Upper" stars announced the news on Twitter on March 7 with the help of a young boy named Gage. In a video, Chip chats with Gage and says he and Joanna are "just about to have another little baby, 'cause Uncle Chip lost his mind." He then says the name of the child has to start with a "D" since his and Joanna's other sons' names start with "D." "But listen to me. It's a little boy," Chip says, "and I need a 'D' name, and so far, all I can come up with was Dragon."

Bill Cosby was back in court this week for a pretrial hearing in his sexual assault retrial, which begins next month. Prosecutors want 19 of Bill's accusers to testify again. At the hearing on March 5, Bill's team asked the judge to dismiss the case or at least limit the accusers allowed to testify. There were fireworks. Before the arguments got underway, a judge slammed Bill's defense team for falsely accusing prosecutors of hiding or destroying evidence. Prosecutors also asked the judge to throw the defense lawyers off the case, which he didn't. The defense team, though, is "on notice," the judge said. The disgraced comedian is charged with sexually assaulting a woman after drugging her. His first trial last summer ended with a mistrial after two jurors declined to convict the comedy star. 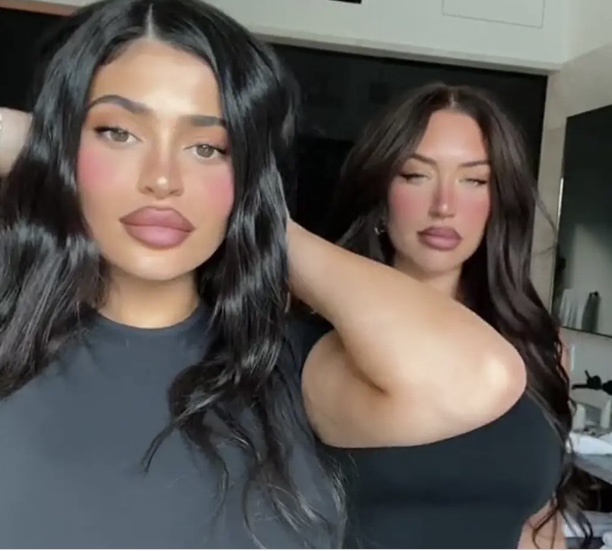 Up Next Pucker Problem