Holly Madison and Pasquale Rotella are splitting up after five years of marriage. He filed for divorce in Las Vegas, it was reported on Sept. 25. As news of the divorce starting making the rounds, Pasquale addressed the split on Instagram, posting a family photo. "It is with love in our hearts and a deep respect for one another that Holly and I have amicably made the decision to separate," he captioned the Disneyland snapshot. "First and foremost, we are forever partners and parents to two beautiful children, and are fully committed to raising them in an environment filled with love and positivity." The couple share daughter Rainbow, 5, and son, Forest, 2. "Holly is a talented woman and a beautiful soul. We remain the best of friends while co-parenting and continuing to support one another in our respective passions in life," he continued. "Though it was not a decision we made hastily or take lightly, Holly and I welcome this next chapter in our relationship, and have every confidence that the future will bring only the best for us and our kids. We will always be family. Thank you all for your continued love and support."

Bill Cosby, 81, is now inmate NN7687 in a Pennsylvania state prison. On Sept. 25, the disgraced former TV star was sentenced to three to 10 years in prison for drugging and sexually assaulting a woman at his home 14 years ago following his April conviction. The actor was handcuffed and taken to prison immediately after the sentence was delivered. A judge also ruled that the man once known as "America's Dad" will be classified a "sexually violent predator." Before the sentencing, prosecutors released Andrea Constand's victim impact statement that detailed the horrific incident in 2004. "The psychological, emotional and financial bullying included a slander campaign in the media that left my entire family reeling in shock and disbelief," she wrote. Bill was hoping to be placed on house arrest. If he serves the full sentence, he'll be 91 when he's released.

Rashida Jones is a mom! Who knew? The "Angie Tribeca" actress and her beau, Vampire Weekend frontman Ezra Koenig, secretly welcomed a child on Aug. 22 in Los Angeles, E! News reported on Sept. 26. The couple named their baby boy Isaiah Jones Koenig. This is the first child for the couple. Rashida and Ezra, who are very private, have been dating since 2016.

All good things must come to an end. Celine Dion will end her long-running Las Vegas residency on June 8, 2019, she announced on Sept. 24. Celine's name has been synonymous with Las Vegas since her first residency launched in 2003. She has since performed over 1,000 shows at The Colosseum, a 4,298-seat arena built for her at Caesars Palace. "I definitely have mixed emotions about this final run," she said in a statement. "Las Vegas has become my home and performing at The Colosseum at Caesars Palace has been a big part of my life for the past two decades. It's been an amazing experience and I'm so grateful to all the fans who have come to see us throughout the years. Every show we do at The Colosseum throughout this fall, and right up until the final one, will feel very special."

Owen Wilson is going to be a father for the third time, according to a new report. Page Six TV revealed on Sept. 27 that the actor is expecting a child with a woman named Varunie Vongsvirates. He's taken a paternity test to confirm he's the father, the report noted. Per Varunie's Instagram, she's expecting a girl she plans to name Lyla. Owen is also dad to sons Robert Ford, 7, with ex-girlfriend Jade Duell, and Finn Lindqvist, 4, with personal trainer Caroline Lindqvist.

"Jersey Shore" star Jenni "JWoww" Farley filed divorce documents in Ocean City, New Jersey, seeking to end her nearly three-year marriage to Roger Mathews, it was reported on Sept. 27. She cited irreconcilable differences and said that the marriage has been rocky for the majority of the year. JWoww and Roger share two kids, Meilani, 4, and Greyson, 2. Roger addressed the split on Instagram, vowing to win her back. "My wife filed for divorce. It's true. I'm just gonna keep it simple. I don't blame her. There's no cheating… She just grew tired of the repetitive pattern that we fell into with. Again, I'm not gonna get into details, but it was a repetitive pattern and not a good one," he said. "But here's what's also true: I'm not done fighting. I'm gonna win my wife back. I'm gonna win her affection back. I'm gonna win her love back. I have no intentions of being a single dad. We're in counseling, so there is hope. It ain't over until the fat lady sings."

While much of the country was tuned in to the Senate hearings in which Dr. Christine Blasey Ford testified about her claim that she was sexually assaulted as a teen by Supreme Court nominee Brett Kavanaugh, who vehemently denied her allegations in testimony of his own, Busy Philipps felt inspired to share a painful truth about a dark period in her life: She was raped when she was a teenager. On Sept. 27, Busy posted a throwback photo of herself. "This is me at 14. The age I was raped. It's taken me 25 years to say those words," she captioned the photo. "I wrote about it in my book. I finally told my parents and sister about it 4 months ago. Today is the day we are silent no more. All of us. I'm scared to post this. I can't imagine what Dr. Ford is feeling right now." In the wake of Dr. Ford's allegations, two other stars also revealed this week that they were raped as young women and also explained why they didn't report it at the time. "Girls" star Jemima Kirke took to social media to share her heartbreaking story of being raped by her drug dealer when she was 22. "Top Chef" host Padma Lakshmi revealed in an op-ed piece for The New York Times that she was date raped at 16.

Nicki Minaj made good on her promise to give "The Cosby Show" actor Geoffrey Owens $25,000 after he was job-shamed on social media for working at Trader Joe's. Geoffrey, though, won't be keeping any of it. Instead, he's donating it to charity. "I would like to give this donation of 25k to the Actor's Fund in memory of the late, great Earle Hyman — who played Cosby's father, Russell, on 'The Cosby Show' — who lived his last many years and died at the Actors' Home, (funded and run by the Actor's Fund)," Geoffrey told TMZ. Nicki is happy with Geoffrey's decision. "I'm happy to be a part of a great cause," she said. "I wish Geoffrey much success and want him to know how loved he is. Rest in Peace to Earle Hyman."

Lindsay Lohan's mother, sometime reality TV star Dina Lohan, is broke. Dina filed paperwork in federal bankruptcy court declaring she is $1,578,049 in debt and can't afford to pay it back, TMZ reported on Sept. 26. She added that the majority of the debt — $1.55 million — is owed to one party, PennyMac Loan Services. Dina also has tax issues, as she owes the state of California $4,651 in back taxes and New York another $9,000. In addition to those financial issues, Dina's home on New York's Long Island is in foreclosure and was scheduled to go up for auction on Sept. 25. However, due to the bankruptcy filing, the foreclosure proceeding now stops and Dina will have a chance to keep the house.

Not so happy feet

Childish Gambino, also known as "Atlanta" star Donald Glover, reportedly broke his foot while performing a concert in Dallas over the weekend. A few days earlier, he was seen in a wheelchair, so it's likely that he aggravated an existing injury. TMZ reported that about 30 minutes before his performance at the American Airlines Center on Sept. 23 was supposed to end, he walked off stage without an explanation. The crowd, however, went nowhere, thinking an encore was coming, especially since he hadn't yet performed his hits "Redbone" and "3005." That encore never came and an announcer came over the loudspeaker to tell the crowd the show was over. 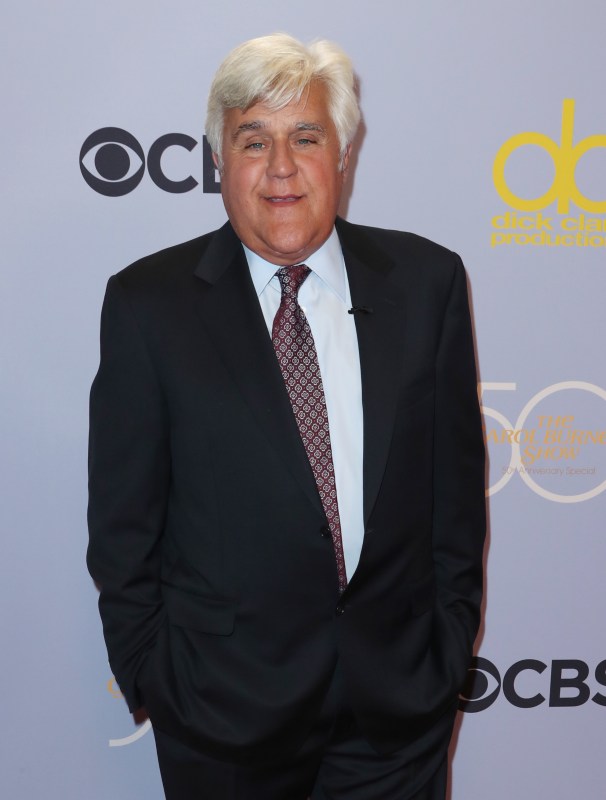