If there's one thing we look forward to at the Oscars, it's the fabulous fashion and jaw-dropping jewelry. In honor of the 93rd Annual Academy Awards on April 25, 2021, Wonderwall.com is taking a look back at the very best bling worn at the ceremony. Let's start with these epic diamond danglers… Beyonce hit the 2005 Oscars red carpet wearing jeweler Lorraine Schwartz's substantially sized diamond mesh earrings.

Keep reading to see what other stunning pieces made our list…

Cate Blanchett's simple black silk velvet John Galliano for Maison Margiela sheath dress was the background for one of the most epic pieces of jewelry on the 2015 Oscars red carpet: A brought, bold custom bib necklace from Tiffany & Co. featuring 500 carats of turquoise beads held in place with diamond-capped pins atop a platinum framework covered in another 400 carats of turquoise cabochon gems, faceted diamonds and aquamarines.

British actress Ruth Negga embraced red at the 2017 Oscars ceremony including jewelry from designer Irene Neuwirth. Her earrings — which were set with 27.18 carats of Gemfields rubies and 3.26 carats of diamonds — were incredible, but it was her headband featuring 146 carats of Mozambican rubies, each one a different shape and size, all set in blackened white gold, that really wowed.

RELATED: Oscars 2021: A guide to the nominees' significant others

The gorgeous Zip Necklace by Van Cleef & Arpels that adorned actress Margot Robbie's neck at the 2015 Academy Awards has a royal-adjacent origin story. The exiled Duchess of Windsor — formerly known as Wallis Simpson, the American divorcée who inspired Britain's King Edward VIII to abdicate — suggested to the jewelry house in the late 1930s the concept of a necklace that actually zipped. According to In Style, it took a dozen years to figure out how to make the fully functional zipper out of gold, and the result works both unzipped as a necklace or zipped up as a bracelet. Margot's necklace — which was set with 150 diamonds and 300 sapphires in 18-karat gold — took more than 600 hours to create.

Amy Adams accessorized the deep red Carolina Herrera strapless gown she wore to the 2009 Academy Awards with an emerald, sapphire and ruby Fred Leighton bib necklace that dates back to the 1960s.

Angelina Jolie wore Lorraine Schwartz's 115-carat Colombian emerald drop earrings and a matching 65-carat ring to the 81st Annual Academy Awards in 2009. The earrings were estimated to be worth a cool $2.5 million.

At the 2020 Academy Awards, "Bombshell" actress Charlize Theron donned a gorgeous Tiffany & Co. pendant necklace that featured more than 21 carats of diamonds. As for finishing touches? She completed her glamorous look with several diamond studs in her ears!

"Titanic" actress Gloria Stuart stepped onto the 1998 Oscars red carpet wearing a $20 million Harry Winston necklace featuring a 15-carat rare blue diamond that was inspired by the "Heart of the Ocean" necklace used in the film. At the time, it was the most expensive piece of jewelry ever worn to the ceremony.

Lady Gaga dazzled at the 2019 Oscars in this beauty — the famous Tiffany Yellow Diamond. Fun fact: The rock was previously worn by one of the most famous ladies in film history, Audrey Hepburn, while promoting "Breakfast at Tiffany's." The diamond weighs more than 128 carats and the necklace features another 100 carats of white diamonds. Gaga also sported matching yellow and white diamond earrings by Tiffany.

Elizabeth Taylor amassed quite an impressive jewelry collection during her career and wore one of her most gorgeous pieces to the 1970 Academy Awards. The Hollywood star rocked a 69-carat pear-shaped diamond pendant that fifth husband Richard Burton purchased for her — originally as a ring — from Cartier for a rumored $1.1 million. Elizabeth auctioned off the diamond for $5 million in 1978 following the couple's divorce and donated the funds to build a hospital in Botswana.

Celine Dion arrived at the 1998 Oscars, where she sang "My Heart Will Go On," wearing Asprey & Garrard's "Heart of the Ocean" piece, which was based on the necklace worn in "Titanic." It featured a platinum-set 171-carat heart-shaped Ceylon sapphire, which was surrounded by 103 diamonds and hung on a chain set with round, pear and marquise-cut white diamonds. The piece was auctioned off for $1.4 million to benefit the Diana, Princess of Wales Memorial Fund.

Nicole Kidman brought the drama with this stunning neckpiece. The "Big Little Lies" actress wore a necklace with 1,399 carats of diamonds designed by L'Wren Scott to the 80th Annual Academy Awards in 2008. The piece, valued at a whopping $7 million, featured more than 7,500 diamonds in total and was reported to have taken 6,200 hours to craft by hand!

Halle Berry was the picture of beauty at the 2002 Academy Awards where she won the best actress Oscar for her work in "Monster's Ball." The actress wore a 5.54-carat orange "Pumpkin Diamond" ring from Harry Winston valued at $3 million with stud earrings and a matching bracelet.

Jennifer Lopez does glamour like no other and her look at the 2007 Academy Awards was no exception. The triple threat wore 20-carat Lorraine Schwartz gray and champagne diamond earrings with peach rose-cut diamond drops and a dramatic matching ring.

The stunning Tiffany & Co. necklace that Gal Gadot wore to the 2018 Academy Awards was so special, it even had its own name! The piece dubbed Blue Ice contained 61 carats of beautiful aquamarines and more than a thousand diamonds.

Taraji P. Henson brought out all the stops when she was nominated for her very first Oscar at the 2009 Academy Awards. The "Empire" actress stunned in a Fred Leighton 19th-century diamond flower necklace valued at $100K.

Nobody did Old Hollywood glamour better than Elizabeth Taylor. The actress makes another appearance on our list with the stunning tiara she wore at 29th Annual Academy Awards in 1957. Third husband Mike Todd presented Liz — who was nominated for her first best actress Oscar that night — with the tiara, which reportedly dates from around 1880 and was made of old mine-cut diamonds mounted in platinum and gold.

Vivien Leigh was the belle of the ball at the 1940 Academy Awards where she received the Oscar for best actress for her performance as Scarlett O'Hara in "Gone with the Wind." The movie star wore a large emerald-cut gemstone pendant necklace and multi-gemstone bracelet to the ceremony. Just imagine what these fabulous jewels look like in color!

Pop icon Madonna (pictured here with fellow pop icon Michael Jackson) looked like a true "Material Girl" at the 1991 Academy Awards. The singer wore a reported $20 million in Harry Winston diamonds to the event, including a cluster necklace with mixed-cut diamonds set together in platinum.

Best actress winner Hilary Swank looked like royalty at the 2000 Academy Awards — and wore royal jewelry to the ceremony. The actress donned a $250,000 diamond necklace from Asprey & Garrard that was originally created for one of Queen Victoria's daughters in 1890. As if that wasn't impressive enough, the necklace can also be turned into a tiara!

Bling bling! At the 2019 Oscars, Charlize Theron donned plenty of diamonds from Bulgari's Serpenti collection around her neck and her wrists including a double-wrap white gold High Jewelry necklace and a matching bracelet as well as a second High Jewelry diamond necklace that weighed in at more than 75 carats. She also sported four statement rings including a fun pinkie ring plus High Jewelry earrings featuring 25 carats of sapphires.

"House of Flying Daggers" actress Ziyi Zhang was the picture of elegance at the 2005 Academy Awards. She wore a stunning 42-carat diamond necklace and 3-carat diamond earrings by Bulgari to the ceremony, where she was a presenter.

Elizabeth Taylor is truly the queen of Oscar bling! The Hollywood icon was still making bold jewelry statements nearly 50 years after her career began. For the 1993 Oscars, Liz wore a diamond daisy necklace from Van Cleef & Arpels. Liz added the custom-made necklace to her personal jewelry collection after the ceremony.

Viola Davis was vision in green at the 2012 Academy Awards. The Oscar nominee wore Lorraine Schwartz emerald and diamond earrings and a matching diamond cuff bracelet to the ceremony.

Madonna brought Hollywood glam to the 70th Annual Academy Awards in 1998. The "Vogue" singer wore a vintage diamond, sapphire and pearl necklace from Fred Leighton to the ceremony.

Meryl Streep is not only one of the best actresses of all time — she is also a fashion icon who always looks elegant and classic on the Oscars red carpet. The star wore this Art Nouveau necklace with diamonds and emerald drops — valued at about $150,000 — from Fred Leighton to the 2003 Academy Awards.

Jennifer O'Neill brought all the 1970s glamour to the 47th Annual Academy Awards where she donned a dramatic gold choker-link bib necklace. The "Summer of '42" actress was a presenter at the 1975 award show.

Elizabeth Taylor isn't the only actress who's worn a jeweled tiara to the Oscars. "Frida" star Salma Hayek also sported a crown when she attended the Academy Awards in 1997 — a diamond tiara from Cartier.

Charlize Theron makes another well-deserved appearance on our list for her fabulous jewelry choice at the 2017 Academy Awards. The "Atomic Blonde" actress wore diamond earrings from Chopard, a unique choice considering that each earring features a central diamond in a different shape. One of the earrings is a 25-carat pear-shaped stone and the other is a 26-carat heart-shaped stone. Both are set in 18-carat Fairmined gold. Gorg!

Best actress winner Loretta Young was the picture of classic Hollywood glamour at the 20th Annual Academy Awards in 1948. The "The Farmer's Daughter" actress wore a diamond and white gold necklace that complemented her 1940s fashion.

When it came time to accessorize her gorgeous Versace gown for the 2019 Oscars, Amy Adams selected this Cartier High Jewelry tennis necklace comprised of platinum and diamonds with the addition of the brand's Paris Pyramid clip brooch that was commissioned in 1935. So stunning!

Kate Winslet was a true show-stopper at the 2010 Academy Awards. The "Steve Jobs" actress wore one of the most expensive Oscar jewelry pieces ever: a $2.5-million yellow diamond necklace by Tiffany & Co.

Marisa Tomei made a statement at the 2011 Academy Awards with gorgeous, colorful jewelry. The starlet wore vintage sapphire, emerald and diamond earrings and a matching bracelet from Van Cleef & Arpels.

Helen Mirren looked like true royalty at the 2011 Academy Awards while wearing a necklace created in 1907! The phenomenal actress wore a Cartier platinum necklace with diamonds and pearls and a diamond bracelet from Cartier's Archive Museum Collection (circa 1907). She paired the vintage jewelry with modern Cartier diamond-and-pearl drop earrings.

Sophia Loren looked as beautiful as ever at the 1991 Academy Awards where she was presented with a honorary Oscar. The iconic actress wore a pair of gorgeous gem-set chandelier earrings and a gold geometric wide bangle bracelet for the occasion.

Charlize Theron always brings the bling to the Academy Awards. The actress stunned at the 2014 Oscars in a diamond cluster pendant necklace featuring a 31-carat emerald-cut diamond valued at $15 million! She paired the necklace with diamond stud earrings estimated to be worth $800,000.

Christine Taylor was a vision in vintage jewelry at the 2010 Academy Awards. The "Zoolander" actress wore an emerald-and-diamond necklace created in 1780 (!) from the Virreina suite of jewels. The gorgeous piece features a 10.76-carat old mine Colombian emerald at the center plus three 4-carat emeralds. She paired the necklace with vintage emerald-and-diamond earrings from Stephen Russell. 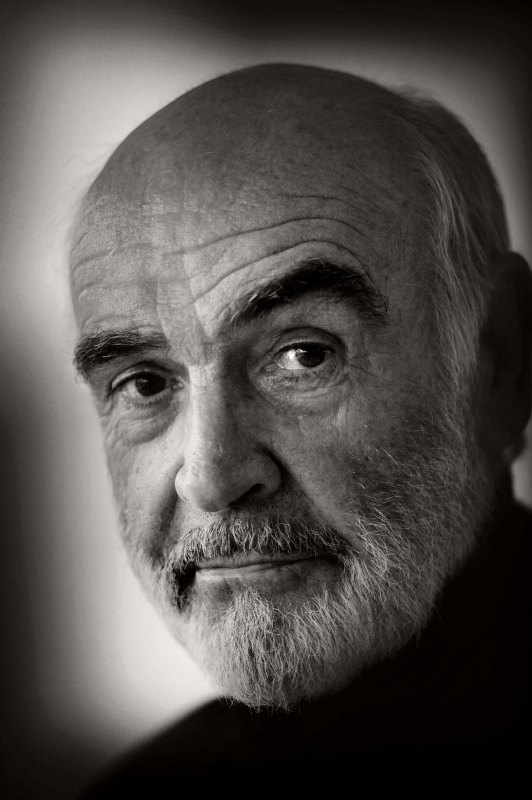