How Ariana Grande is faring after splitting from Pete Davidson

Sounds like Ariana Grande is bouncing back from her split from Pete Davidson by diving into work. "Ariana is doing well," her brother, Frankie Grande, told ET this week. After dishing on the recent "game night" he and his sis enjoyed with their mom and grandmother, he added that Ariana is "working really hard, getting prepped for tour … and another album." wondsinger, who called off her engagement to the "SNL" star beau while still reeling from the death of her ex, Mac Miller, kept Pete out of the mix in her first performance since their split, covering up the tattoo of his name she has on her left ring finger with a bandage during NBC's "A Very Wicked Halloween: Celebrating 15 Years on Broadway" special, which aired on Monday, Oct. 29. Pete's already had his body art homage to Ariana covered up with a big, black heart.

"What a month!" That's how proud mom of three, Kate Hudson, captioned an adorable photo of her daughter, Rani, on Tuesday, Oct. 30, in honor of her new addition's one-month milestone. When Kate and her boyfriend, Danny Fujikawa, announced Rani's arrival on Oct. 2, Kate explained that they'd opted to name her after Danny's father, Ron, whom she described as "the most special man." Kate's also mom to two sons, Ryder and Bingham. Rani is Danny's first child.

RELATED: See which other stars had babies in 2018

Teresa Giudice sets the record straight on her marriage

Split rumors have plagued Teresa Giudice and Joe Giudice ever since he headed off to prison on the heels of Teresa's return from behind bars for multiple fraud charges. Now that a deportation order is looming ahead for Joe, some fans wonder if the couple will really call it quits. According to Teresa, divorce is not in the cards for the couple. "We're going to be a family and we're going to fight this and get through this," she recently told ET. "We're not even thinking about that right now. What comes first is our daughters and we're going to fight this… I'm focusing 110% on my daughters. This show is my job. I'm putting food on the table for them," she continued. The "Real Housewives of New Jersey" star also said that if Joe is indeed deported, it likely won't be televised. That's because they weren't filming at the time a judge made the ruling, although Teresa also hinted that she may be having some regrets about how public the lives of her family members are."I don't think my family would be going through this if I wasn't in the spotlight … Not the show, the spotlight. Being in the public eye," she explained. "It's sad for the children because they're innocent in all of this, and they're probably thinking, 'Why is this happening?' They're smart, so they get it. Like, 'OK, you made a mistake. He's doing what he has to do. Then now why isn't my dad coming home?'"

Beyonce is expected to settle in Feyonce lawsuit

Beyonce and the folks behind a line of pun-ny engagement wares bearing the word "Feyonce" are nearing a truce in a years-long legal battle Beyonce brought in an effort to prevent any confusion over whether she endorsed the products. Bey is now asking that a Nov. 1 hearing in the case be adjourned, according to The Blast. As the parties likely head toward a settlement, the website notes the last major move in the case came a few weeks ago when Bey was denied her motion for an injunction against the company on grounds there wasn't enough evidence to prove the singer's brand was being jeopardized by the use of "Feyonce" on clothing and other items. "A rational jury might or might not conclude that the pun here is sufficient to dispel any confusion among the purchasing public," a federal judge wrote at the time. "Many purchasers of Feyonce products are, in fact, engaged, just as many Mike product purchasers were named Mike. Viewed in the light most favorable to defendants, this evidence suggests that consumers are understanding the pun, rather than confusing the brands."

When "Big Little Lies" returns to HBO, Nicole Kidman, Reese Witherspoon, Laura Dern and Shailene Woodley will have a few gal pals along for the ride — including Nicole's daughters, Sunday, 10, and Faith, 7. "[My kids] were in as extras on 'Big Little Lies,'" she told Ellen DeGeneres on the Tuesday, Oct. 30, edition of "Ellen" (via ET). "I've never told anyone," Nicole added. "There I am now being a big mouth." Despite Ellen's jokey efforts at getting her guest to spill the beans about some plot points for next season's drama, Nicole managed to keep her lips zipped (though she admitted her husband, Keith Urban, knew the entire plot line). Nicole's girls, by the way, will be in good company for their first foray onto the small screen. Meryl Streep is set to join the cast as Nicole's mother-in-law. "We got lucky," she admits. "[Meryl said,] 'I want to be in the coven.' And she's definitely in it now." No release date has been announced yet for Season 2, although the latest reports suggest fans have a long wait ahead of them. Last month, Alexander Skarsgard hinted on "The Tonight Show" that he'd be back to play Nicole's husband — a role that earned him a Best Supporting Actor Emmy in 2017.

After waking up to a room full of flowers and a live, solo piano serenade on her birthday last week, Kim Kardashian joined her sisters, Kourtney Kardashian and Khloe Kardashian for a celebratory trip to Bali. And while it was Kim's 38th milestone the sibs were traveling in honor of, Kourtney s– who brought her kids and ex, Scott Disick, along — seemed the most moved by the trip. In multiple posts on Instagram, she gushed about meeting the kids from a nearby village ("they all loved Reign and he loved them," she captioned one shot) and finding "peace and happiness" during the vacation. Kourtney, Kim, Khloe and the girls' kids stayed on a beachfront estate at the Soori hotel, according to E! News. "The kids spent a lot of time at the beach playing in the sand and swimming. They loved the pool and got to take a boat ride," a source told the outlet. "Mason, Penelope, North and Reign all loved collecting shells and being outside." The whole crew also reportedly visited the village of Tampaksrising, where an eleventh century temple still stands. "Kourtney was super into the culture and learning everything she could. She asked a lot of questions and was very curious about what she was seeing," said the source, adding that everyone "loved how friendly" and "welcoming" everyone they met was.

Justin Timberlake reflects on the moment he met Jessica Biel

In "Hindsight: And All the Things I Can't See in Front of Me," the new memoir from Justin Timberlake that hit shelves this week, JT opens up about how he met his wife, Jessica Biel, and how she "changed" his life forever. "I wrote the song 'Mirrors' for my wife," he recalls in an excerpt from the book published on EW. "We were living together at the time. We weren't engaged yet. In fact, it was years before I proposed. The song didn't come out until just before we got married, years later. The video became a dedication to my grandparents. I learned about long-lasting love from them. I know that's what I have with my wife. The singer goes on to detail how, after meeting Jessica at a surprise party, he noticed she said something sarcastic that seemed to crack up only her. That's when he started paying attention. "She laughed, and I noticed, all of a sudden, and in the way where you wonder if a person's like you, if they have a very dry, dark sense of humor, too," he explains. The pair ended up chatting throughout the evening and sharing a dance to Madonna's "Lucky Star," but Justin says Jessica took off before he was able to ask for her number. When a friend offered to invite her to one of his shows not long after that, Justin invited her to join him on his tour bus to Anaheim, where his next performance was. Weeks of phone conversations followed and the two eventually fell in love, married and welcomed a son in 2015. Writes Justin: "We've had a lot of unforgettable times. She's become a huge influence on my life, and I have such admiration for her, especially seeing her as a mother now. She changed me. She changed my life. All of that is in 'Mirrors.' Not the details. But the way it felt to have my life be touched by her."

Kanye West hasn't exactly made a lot of new pals with his recent erratic behavior, but "Blackish" star Jenifer Lewis just hopes he gets whatever help he may need going forward. "Someone in Kanye's camp is trying to get me in a room with him," the 61-year-old star tells the New York Times. "I know what mental illness looks like, and I know that if a person is not ready to get help, they won't." Jenifer's been open about how she was only able to find peace amid her own struggle with bipolar disorder and sex addiction after 17 years of therapy. "I hope that he gets himself well," she adds. "Nobody is better or worse than anyone else. This is not something to point your finger at and laugh. The only thing you can do for anyone else is to share your story of well-being." Kanye has said he believes he was misdiagnosed as bipolar.

Bradley Cooper and Lady Gaga's "A Star Is Born" remake got a major stamp of approval this week — sort of. In a new interview with the New York Times about her new, political music, Barbra Streisand, who played Ally in the 1976 version of the film, said she's liked what she's seen of the movie so far. "I haven't seen it completed," Barbra said. "Bradley [Cooper] did show me the opening. … I was surprised by how similar it was to my version," she admitted. "I loved how he used the drag bar. I thought that was new and interesting. What I've seen of the film I really liked."

Natalie Portman had no female friendships in Hollywood before Time's Up

Thanks to #MeToo and Time's Up, Hollywood is more focused than ever on giving voice to women, both onscreen and off — and it's changing more than just films and TV shows. In the latest cover story from Vanity Fair, Natalie Portman admits that before she got involved with Time's Up, her career was isolating. "I've been working for 25 years—I've never had friendships in my industry until now," she says. "You're usually the [only] girl in the movie. It's made us come together. We're actively gathering." Natalie goes on to detail how she and her peers have been meeting as "affinity groups" for dinners and other get-togethers where the focus is on women sharing their Holywood experiences. Among the benefits? "Just the power of us getting to know other women in our own industry," Natalie says, "and sharing information that can help us be safer, more productive, more successful." 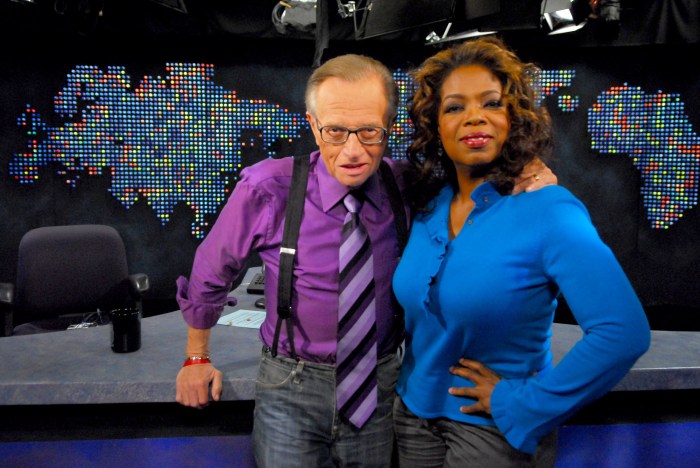