By all accounts, it's been an exceedingly difficult week for Bethenny Frankel, whose on-off boyfriend, Dennis Shields, was found dead in his home on Aug. 10. The "Real Housewives of New York City" star was due in court on Thursday, Aug. 16, to proceed with negotiations around her custody battle with her ex, Jason Hoppy, and both parties were present as their lawyers went over a psychiatric evaluation of their 8-year-old daughter, Bryn. According to E! News, Bethenny's lawyer said the evaluation proved Jason had behaved in an "abusive" way towards Bethenny and that she "was traumatized by him and had fear of him and that he took no responsibility." The attorney said the evaluation shows that Jason is not capable of handling joint custody and asked for a hearing to re-evaluate the terms of custody. Jason's lawyer argued the motion was "an attempt to manufacture a crisis where none existed," that Jason had sought therapy per the evaluation recommendations and that the case was being used "as a storyline" on Bethenny's show, adding the whole thing was bad for Bryn. Raising the issue of Dennis' death, Jason's attorney said he'd been "Ms. Frankel's fiancé," and while no further labels were confirmed or denied, E! reports Bethenny wore what " looked like an engagement ring on her right hand in court." Jason's lawyer also questioned Bethenny's parenting given reports Dennis may have died of an oxycodone overdose and that he occasionally cared for the child. He then asked that Bethenny be subject to drug testing. After the judge criticized Jason's lawyer's aggression, Bethenny's lawyer said the reality star had asked to have an extra day with Bryn so she could talk to her about Dennis and that Jason refused — which Jason's lawyer also reportedly denied. Finally, the judge encouraged the parents to settle but said he'd schedule a hearing if they could not. A "courtroom source" later told E! Bethenny returned to court the following day. She reportedly asked for a trial so she could try to get primary custody. The judge agreed to her request.

RELATED: Former 'Real Housewives' stars: Where are they now?

What are Rihanna and Donald Glover collaborating on in Cuba?

Looks like Rihanna and Donald Glover have a collaboration in the works. Though details are pretty much nil, the Twitter account FentyStats has been posting shots of RiRi in Cuba all week, hash tagging them "Guava Island." Whatever "Guava Island" is, the singer's creative director, junior creative director and makeup artist have all been photographed in Cuba with her. The biggest reveal, however, may have come Wednesday, Aug. 15, when a pic surfaced showing Rihanna playfully hanging out with Donald Glover. Pointing to a report from the Cuban magazine Vistar, LaineyGossip says some are saying the project is a film directed by Hiro Mirai, the director of "Atlanta" and of the video, "This is America," from Donald's Childish Gambino alter ego. Lainey also reports fan whispers about a forthcoming "movie-musical" from Ri and Donald, before noting that Donald's got a Childish Gambino vibe in the photo of him and Rihanna — not a Donald Glover-the-actor vibe. "Shirtless with a gold chain and beltless pants is exactly the look Childish Gambino wore in 'This Is America' and his latest performances," Lainey's sleuth explains. One thing we do know for sure: Childish Gambino is slated to perform at Rihanna's fourth Diamond Ball on Sept. 13 in New York City, so theories about their Cuba collab should probably also take into account the fact that Rihanna launched a global education Diamond Ball initiative last year.

Guess who's back in Adidas? A few years ago, Kylie Jenner was all about supporting her brother-in-law, Kanye West's deal with the brand, not to mention Kendall Jenner's role as an Adidas ambassador. She was spotted out and about wearing Adidas and she appeared in Kanye's Adidas Originals x Kanye West YEEZY Season 1 fashion show during New York Fashion Week Fall 2015. That changed in early 2016 when Puma, a major Adidas competitor, began leaking shots of the Kylie-centric campaign she'd agreed to do for them. Kanye and Kim Kardashian West went ballistic, with Kanye griping publicly that Puma had tried to "divide" his family. Those divisions — at least the brand-related ones — seem to have been put to rest. This week, Kylie shared an Instagram post that at first glance seemed to promote Fashion Nova, the activewear brand she's apparently wearing in the shot. What stands out more, though, are the Original Falcon kicks Adidas recently introduced that Kylie displays proudly on her feet in the shot. According to the Daily Mai l, the new mom snags an average of about $1 million a post on many of her Instagram shots, making the Fashion Nova / Adidas snap a potentially lucrative two-for-one. Kylie also recently showcased the custom sneakers Adidas made for her and her daughter, Stormi Webster, on her Instagram Story. Guess the family that rakes in the promotional dollars together, stays together.

The end of Jennifer Hudson and David Otunga's custody battle seems to be nowhere in sight. The former engaged couple have been fighting over a custody arrangement for their son, David Daniel Otunga, Jr., since they announced last November they were splitting after 10 years together. Now, The Blast reports David's legal team has issued a subpoena to Jennifer's sister, Julia Hudson, whose estranged husband is now behind bars for killing Julia's mother, brother and son in 2008. The subpoena is sealed, according to The Blast, and no details have emerged about what sparked David to request Julia be deposed. Jennifer has alleged David abused her in the court proceedings, claims which he has denied.

Sometimes cuteness overload is the best medicine. After recovering from a gastric virus, dehydration and an upper respiratory infection that landed her in the hospital, Pink is back to enjoying her tour in Australia with her family. On Thursday, Aug. 16, the singer, along with her her kids, Willow Hart and Jameson Hart, checked out the Currumbin Wildlife Sanctuary in Queensland, where Pink snapped shots of Willow, 7, making pals with a koala bear and Jameson, 1, meeting a kangaroo. The whole fam — including Pink's husband, Cary Hart — is currently traveling with Pink during the Australia and New Zealand legs of her Beautiful Trauma tour, which wrap up in September. She resumes touring in March, according to E! News.

Dear Hilary Duff, Jr.: The doctor will see you now. Well, your mother would like to, anyway … The "Younger" star shared this hilarious "hurry it on up" post addressed to her baby-to-be on her Instagram Story this week. And if she looks less than thrilled as she shows off her belly in the mirror, it's probably because she's about to kick off her ninth month of pregnancy, according to E! News). Hilary and her boyfriend, Matthew Koma, announced in June they were having a girl — their first child together. Hilary's also mom to 6-year-old Luca Comrie, whom she shares with her ex-husband, Mike Comrie.

Memorials to Aretha Franklin spring up all over Detroit

In the wake of Aretha Franklin's death this week, her adopted hometown of Detroit is going all-out with displays of love for the late music legend. The Fox Theatre, Comerica Park and Little Caesars Arena are all now adorned with the words, "Forever Our Queen," according to TMZ. Gifts, balloons and other mementos have also surfaced on Aretha Franklin Way in the Motor City, while the marquees of concert halls The Fillmore Detroit and the Music Hall Center for the Performing Arts now feature prominent messages honoring Franklin's immeasurable contributions to American music. At New Bethel Baptist Church, which the singer's father founded, another memorial has been erected and is still being added to. Aretha died after a long battle with cancer in her home in Detroit on Thursday, Aug. 16.

Ariana Grande's new album, "Sweetener," ends with 40 seconds of silence, bringing the song "Get Well Soon" to exactly 5:22. That number is not random. JustJared reports the song was released at that length in commemoration of the May 22, 2017 attack that killed concertgoers after Ariana Grande's performance in Manchester, England last year. "Here's one thing you can trust, yuh," she sings on. "It takes you and me to make us / One of those days you had enough, I'll be there, I'll be there / If it ain't one thing, it's another / When you need someone to pull you out the bubble / I'll be right there just to hug you, I'll be there."

Ladies and gentlemen: We give you the highest paid actress in the world. Forbes announced this week that Scarlett Johansson, 33, now tops its annual list, having earned more than last year's top female earner in Hollywood, "La La Land" star Emma Stone. Scarlett's earnings from June 2017 through June 2018 came to $40.5 million before taxes, according to the magazine. Page Six points out her appearances in "Avengers: Infinity War," "Rough Night" and "Ghost in the Shell," all did wonders for her bank account. Coming in at No. 2 is "Maleficent 2" star Angelina Jolie, who earned $28 million in the same time frame. Number 3 and 4 on the list are Jennifer Aniston and Jennifer Lawrence, respectively. In 2015 and 2016, J.Law was at the top of the heap.

Liam Payne puts debut album on hold, will release EP this month instead

Liam Payne fans will have to wait a bit longer for the One Direction alum's first full-length solo album. In a tweet on Thursday, Aug. 16, Liam announced he was releasing a shorter EP instead of the whole album. "As you know, the last few months have seen some big changes for me," wrote the singer in what read like a reference to his recent split from Cheryl Cole, his girlfriend of more than two years and the mother of his son, Bear. "I looked at some of the songs on my album which were done a while ago and they felt from another ago. I'm determined for my debut album to truly represent me," he continued. "I'm now back in the studio working hard to finalize the final few new songs on the record. I'm genuinely excited about the music I'm writing and recording and I can't wait for it to be ready for you all. In the meantime, this EP is a collection of songs that I'm really proud of and wan you all to hear…tell me what you think. As always, thanks for your support – it means the world to me." The EP, "First Time," is due out Aug. 24. 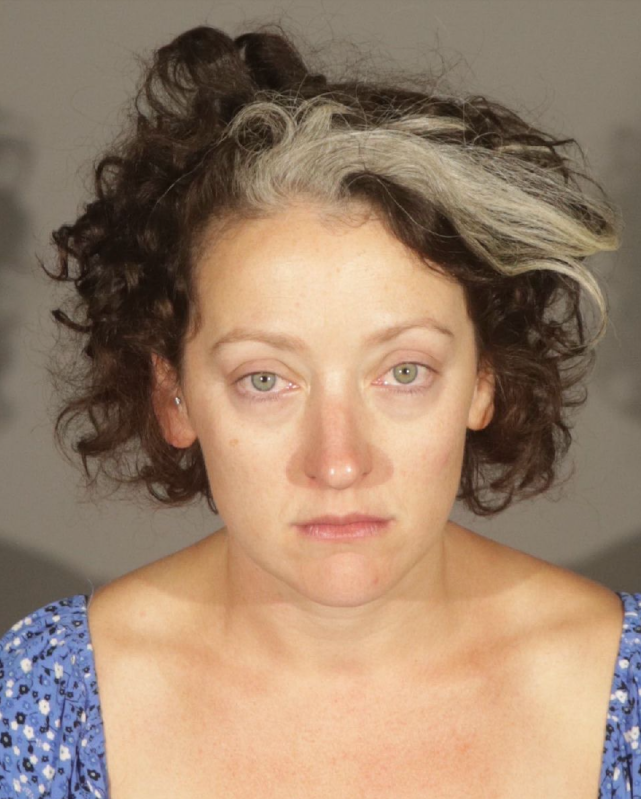