"Cake Boss" star Buddy Valastro fears he may never be able to bake his elaborate cakes again following a gruesome hand injury. The hugely popular baker was recently hospitalized after he impaled  his hand several times during an accident at his in-home bowling alley. "I have a thing with my hands. If I get a paper cut on my hand, I'm p***** off. My hands to me are my lifeline of everything I do," he told People magazine on Sept. 30. "And I wonder, 'Am I ever going to do what I used to be able to do?'" Due to the accident, which caused nerve, tendon and muscle damage, Buddy had multiple surgeries on his right hand — his dominant hand. There may be more in his future too. In discussing the incident with "Today," Buddy said, "I thought I was going to faint, I looked at my hand and there was blood everywhere and I was stuck, the rod going back and forth because the machine goes back and forth." He added, "Something told me to stay calm."

On Sept. 30, Demi Lovato stunned her own team when she leaked her own breakup song on Twitter. The abrupt release of "Still Have Me" sent her team into a frenzy. "Her team is scrambling to get the single on streaming services like Apple Music and Spotify so that fans can purchase it and streaming numbers can be collected," TMZ reported. The release of the song came a week after Demi ended her two-month engagement to actor Max Ehrich. "Music is always there for me…" Demi wrote on Twitter. Reports claim that the track was written a while ago but that the pop star changed the lyrics — which are rather heartbreaking — after her split. "I'm a mess and I'm still broken … I don't have much but at least I still have me … and that's all I need," she sings.

Chrissy Teigen and John Legend suffered a family tragedy this week. On Sept. 30, the model and cookbook author announced that they'd lost their third child well into her pregnancy. "We are shocked and in the kind of deep pain you only hear about, the kind of pain we've never felt before. We were never able to stop the bleeding and give our baby the fluids he needed, despite bags and bags of blood transfusions. It just wasn't enough," she wrote in an Instagram post. "We never decide on our babies' names until the last possible moment after they're born, just before we leave the hospital.  But we, for some reason, had started to call this little guy in my belly Jack.  So he will always be Jack to us.  Jack worked so hard to be a part of our little family, and he will be, forever." The sad news came following two blood transfusions the model received for severe bleeding. In a gut-wrenching tweet on Sept. 30, Chrissy wrote, "Driving home from the hospital with no baby. How can this be real."

Talk about influence! On Sept. 28, Kylie Jenner posted two bikini photos to Instagram. At first glance, it looked like an attempt to seek praise. However, the caption made it clear her intentions were far different, as she encouraged her 196 million followers to register to vote and posted a link her bio to Vote.org's voter registration page. "Let's make a plan to vote together," the reality TV star said. Her post worked. The Instagram post sparked a 1,500% user increase to the voter registration site (compared to the previous day). Say what you want about Kylie, but that, ladies and gentlemen, is power!

Kevin Hart and wife Eniko Parrish welcomed their second child together on Sept. 29, she announced on Instagram. "thankful • grateful • blessed," she wrote. "A little bit of heaven sent down to earth..welcome to the world baby girl.. we couldn't love you more.." They named their little girl Kaori Mai. She joins the couple's toddler son, Kenzo, and Kevin's two children from a previous marriage.

Naya Rivera's ex-husband, Ryan Dorsey, is denying rumors that he and the late "Glee" star's younger sister, Nickayla Rivera, are dating months after Naya's tragic drowning death. Romance speculation emerged after reports confirmed that the two are now living together as Nickayla helps the actor raise his and Naya's 5-year-old son, Josey. The living situation, Ryan said, was arranged at Josey's request. "She's now the closest thing that he has to a mom," Ryan said on Instagram. "Because you're going to need all the help you get as a single parent, trying to build your career, and navigate this disaster with your child. You deal with it every hour of every day for 80-plus days now." Ryan denied that anything romantic is happening between him and the model and blamed the media for "creating such absurd narratives" and "trying to create false realities." Nickayla also defended their move. "I'm not concerned with the way things look because no one can see each agonizing moment we all endure," she wrote on Instagram. "What matters most I've learned, is to show compassion, not to judge others, & never take a moments of life for granted. I hope you all can do the same."

This week, Kris Jenner and Kourtney Kardashian were hit with a lawsuit from a former security guard who alleged the momager made unwanted sexual advances toward him. Kourtney was named in the lawsuit for essentially retaliating against the man. The women, via their attorney, have called the lawsuit "fabricated and false fiction." The accuser, Marc McWilliams, claims he was subjected to "a pattern of unwanted and unwelcome sexual advances and other harassing misconduct" from Kris in 2017. She also made unprofessional comments of "an overt sexual nature," he said. The reality TV star's attorney denies any wrongdoing. "Kris had very little interaction with him. After the guard was repeatedly caught sleeping in his car while on the job, the security company was asked not to assign him to work there in the future," the attorney said. "Although Kourtney is named in the suit, she is not accused of doing anything improper with the guard, nor did she do so… It is outrageous that anyone can sue anyone in America and believe there is no recourse when pursuing fictional and meritless claims."

Hey, mama! On Sept. 30, Nicki Minaj and her husband, Kenneth "Zoo" Petty, welcomed their first child, multiple reports indicated. TMZ broke the news that the rapper delivered her baby in Los Angeles. People magazine later confirmed it. Kenneth was with Nicki when she gave birth.

Dozens of comedians, actors and other Hollywood stars took to social media on Oct. 2 in the hours after President Donald Trump confirmed he and first lady Melania Trump had tested positive for COVID-19 to share their reactions. "I don't get how Melania got it – she's been social distancing from trump since they got married," comedian Whitney Cummings cracked on Twitter. Comedy star and real-life medical doctor Ken Jeong tweeted, "DON'T DENY THE SCIENCE!!!!!!!" Comedian Billy Eichner was incredulous, tweeting, "He went to a fundraiser with his own supporters without a mask knowing he was exposed. I can't get over it." Actress Alyssa Milano — a noted Trump critic — made it clear she was not happy he was infected with the coronavirus. "As someone who has had #COVID19 and still suffers from post-covid syndrome," she wrote on social media, "I can honestly say with all that I am that I wouldn't wish this virus on my worst enemy. Please wear a mask." In the early evening of Oct. 2, POTUS was airlifted to the hospital, where he planned to be for several days.

Not so "Pretty" response

While everyone knows that Jason Alexander starred on "Seinfeld," it's his role in "Pretty Woman" that left a mark on him… literally. Jason this week said he was slapped by strangers after his villainous role in the 30-year-old film. "Women hated me. I would walk down the street and women would say mean things to me," Jason said on the "At Home with the Creative Coalition" podcast. "I got punched many times, I got spit on by one woman. It was a rough year." The role was Jason's big break in Hollywood."It was an odd way to meet a national audience because I was known around the world as the a****** that tried to [sexually assault] Julia Roberts," he said. 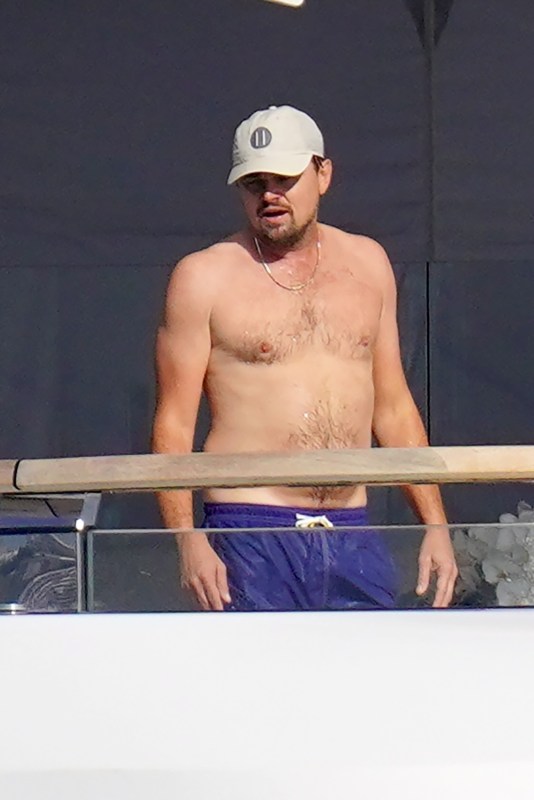