Wonderwall.com is taking a look back at the celebrities who found love, suffered heartbreak or experienced some other major event in their love lives in December 2018, starting with our favorite power couple… Nick Jonas and Priyanka Chopra tied the knot in front of 225 guests in a Christian ceremony officiated by the groom's father, Paul Kevin Jonas Sr., at the Umaid Bhawan Palace in Jodhpur, India, on Dec. 1, just four months after they got engaged following a whirlwind courtship of just a few months. The following day, the duo married for a second time in a traditional Hindu ceremony. The ceremonies followed a week of pre-wedding events including a Puja ceremony, a welcome dinner, a co-ed Hindu Mehendi ceremony (during which Priyanka's hands and feet were decorated with henna tattoos) and a Sangeet (during which family and friends performed elaborate song and dance routines). Following the Hindu wedding ceremony, the newlyweds jetted off to New Delhi, where they hosted a reception for dignitaries including Narendra Modi, the prime minister of India, at the Taj Palace Hotel. Now keep reading for more of the month's biggest celeb love life updates…

On Dec. 4, Cardi B took to Instagram to announce that she and Offset called it quits after 14 months of marriage and a daughter together. The following day, TMZ reported that they broke up over leaked text messages from late June (just a couple weeks before they welcomed their daughter) in which the Migos rapper purportedly asks a woman named Summer Bunni to set up a threesome between him, her and rapper Cuban Doll. After the news got out, the 20-year-old Instagram model took to social media to confirm the rumors that she had an affair with Offset and to apologize to Cardi. In the wake of the breakup, there were reports that Offset is "madly in love" with his missus and desperate to win her back, though the new mom is conflicted over whether or not they have a future together. On the one hand, she still loves her husband and is devastated by their split. On the other, she's still mad that he cheated and isn't sure she can trust him.

Dakota Johnson and Chris Martin will be "engaged soon" a source told Us Weekly as part of a Dec. 12 report. "Chris is head over heels," said the insider, adding that the Coldplay frontman likes that the actress "doesn't thrive on the spotlight and is very understated." According to the source, Chris is simply waiting for some time to pass following ex-wife Gwyneth Paltrow's September nuptials before he proposes to Dakota so as to not disrupt the lives of the two kids he and Gwyneth share: "He wanted to make sure the kids didn't have too much change all at once," said the insider. "He's a great dad."

Meanwhile, Gwyneth Paltrow said during an interview with WSJ. magazine that hit the Internet on Dec. 4 that she and her new husband, Brad Falchuk, don't live together — and they won't anytime soon. The actress explained that the major hurdle to cohabitation is her two kids with ex-husband Chris Martin and Brad's two kids from his first marriage. "We are still doing it in our own way. With teenage kids, you've got to tread lightly. It's pretty intense, the teenage thing," said Gwyneth. "I've never been a stepmother before. I don't know how to do it."

On Dec. 9, Nicki Minaj revealed on Instagram that she has a new boyfriend: a man from her past named Kenneth Petty who happens to be a registered sex offender who served time behind bars for manslaughter. Two days later, TMZ reported that the rapper first fell for her beau when she was a teenager. She reportedly believes that Kenny, who planned her 36th birthday trip and whom she's described as "one of her first loves," has changed for the better over the years. (According to TMZ, Nicki "couldn't care less" about his past crimes because she believes he was was falsely convicted.) Friends tell the webloid that the rapper is head over heels for her beau of a few months and that they're already talking marriage and kids.

Jennifer Garner has "slowed things down" with her new boyfriend, John Miller, "since the word got out they were dating," a source told "Entertainment Tonight" as part of a Dec. 10 report. "Jen's children, career and Ben [Affleck] are her main focus at the moment and she is not ready for anything too serious," explained the insider. "Privately, she has told friends she doesn't want to be deeply committed at the moment. … She wants to focus on family, career and getting Ben back on track. She enjoys her time with John but she has concerns of moving too quickly because she doesn't want to be disappointed. Her friends are in full support of her stepping back a bit because they all know relationships take a lot of work and right now her plate is full."

Demi Lovato and clothing designer Henry Levy are taking their relationship to the next level! Though initial reports indicated they're just friends, the duo were photographed kissing on the lips and holding hands outside Nobu in Malibu on Dec. 8, a month after they first sparked romance rumors by holding hands during another dinner date.

Julie Chen's rep told Page Six as part of a Dec. 6 report that she and husband Les Moonves are "closer than ever" in the wake of new allegations of sexual misconduct in the workplace on his part, which he's denied. A source told Page Six that the "Big Brother" host, who married the CBS exec in 2004 after meeting through the network, believes that the charges against her husband are false. The insider also said that the former exec stopped his alleged bad behavior when he married Julie. "It did stop when he married her — that's true — but I don't see how she continues in this marriage," said the source, adding that considering how the couple met, it's obvious "Les liked to fish in the company pond." As for the duo's future, the insider acknowledged that "there are financial considerations and the overall embarrassment to deal with." Another source told Page Six as part of a Dec. 10 report that Julie and Les are "spending a lot of time" together. "She thinks he didn't do anything wrong," said the insider. "They have a small child. She's very loyal and is very supportive. She's a fighter and she sticks by her man."

The Irish webloid Gloss.ie reported on Dec. 12 that Niall Horan is on Raya, an exclusive dating app for the rich and famous — indicating that his relationship with Hailee Steinfeld had come to an end. The following day, an E! News source confirmed that the young lovers called it quits "a few months" ago.

Chloe Moretz packed on the PDA following a dinner date with model Kate Harrison at Nobu in Malibu on Dec. 3. In photos published by TMZ, the pair can be seen walking with their arms around each other and kissing after stopping by a nearby Soho House. According to the webloid, the duo are also sharing a rental property in Los Angeles, so as they point out, "it's possible this is more than just a holiday season hookup."

Michelle Williams took to her Instagram Story on Dec. 7 to announce that she and Chad Johnson called it quits nine months after getting engaged.

In early December, a wannabe YouTube star looking to make a name for himself distributed a doctored image of a man who looks an awful lot like Travis Scott (it turned out to be the YouTuber) canoodling with a woman who definitely isn't Kylie Jenner to various media outlets as part of an elaborate prank. The image sparked rumors that the rapper had been unfaithful, which he publicly denied, saying he's "only got love for my wife." The choice of words sparked speculation that the pair may have gotten engaged or secretly tied the knot, though multiple media outlets have denied those rumors.

Malin Akerman and British actor Jack Donnelly tied the knot on the beach in Tulum, Mexico, on Dec. 1.

Ariana Grande accidentally sparked speculation that she and ex-boyfriend Ricky Alvarez have reconciled romantically when she left an innocuous comment ("these colors are sick") on a photo of the backup dancer that he posted on Instagram on Dec. 10. After sending fans into a frenzy, the singer left a followup comment: "we're friends everyone take a big ol breather."

Katie Cassidy and Matthew Rodgers — who got engaged in June 2017 — tied the knot in Sunset Key, Florida, on Dec. 8, the "Arrow" actress announced on Instagram.

Mick Jagger and Noor Alfallah are no longer an item, the 23 year old revealed on Instagram by sharing photos of herself and her new man: 57-year-old German investor and philanthropist Nicolas Berggruen. It's unclear when exactly the brunette beauty and the 75-year-old Rolling Stones rocker parted ways, though she started spending time in public with Nicolas in April. 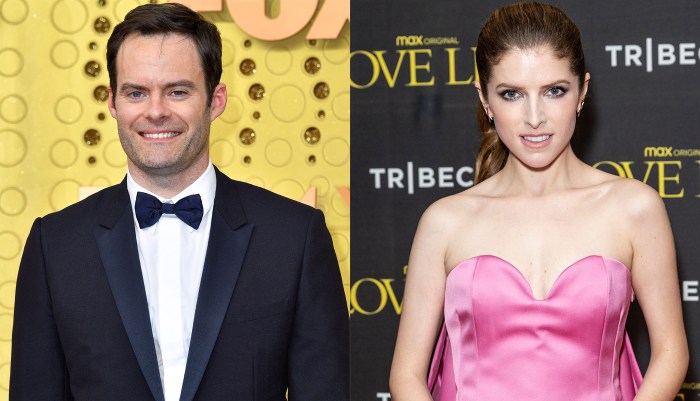