"Dimples & Drool #BirdieMae." That's how Jessica Simpson captioned an adorable shot of her youngest, Birdie Johnson, on Thursday, July 25, on Instagram. The ridiculously cute pic quickly garnered "oohs" and "aahs" from fans who couldn't resist gushing about the 4-month-old's perfect dimples and "cute as a button" expression. Since Birdie was born on March 19, Jessica and her husband, Eric Johnson, have been doing plenty of "dividing and conquering" at home, where they also have 7-year-old Maxwell and 6-year-old Ace to look after. "Three kids is no joke," Jessica told People earlier this month. "It is definitely constant, and the biggest challenge for me is trying to be present when I am pulled in so many directions. They are all in such different phases now." Birdie's phase, she added, was a pretty low-key focus on drinking milk and napping.

RELATED: See which other stars had babies in 2019

As the youngest of Kris Jenner's children, Kylie Jenner's spent much of her 21 years watching her mom come up with new ways to leverage her family's celebrity status for capital. Now that she's a mom herself — and a seriously high-earning one, at that — it's no surprise Kylie wants to do the same for her daughter, Stormi Webster. Welp, no time like the present. On Wednesday, July 24, Kylie hopped on Instagram with a post showing off a tiny, blue and white tye-died hoodie bearing an emblem of a cloud, lightning bolt, raindrops and sun that reads "Stormiworld," a nod to "Atsroworld," the hit album from Stormi's dad, Travis Scott. "Who's ready for Stormi mech?" Kylie asked in the caption. At 1 year old, Stormi may seem a bit young to have her own merch line, but Page Six reports it's been in the making since shortly after her birthday in February, when Kylie filed to trademark "Stormiworld." In May, the makeup mogul filed for rights to the phrase "Kylie Baby." Assuming Kylie gets a green light on the applications, she'll have access to naming clothes as well as bottles, strollers, cribs, probiotic supplements, wipes and lotions in Stormi's honor. Kylie's sister, Kim Kardashian West, Page Six adds, has also launched multiple products lines named after her kids.

Kim Kardashian West was back in Washington, D.C., this week to shoot part of her forthcoming Oxygen network documentary, "Kim Kardashian West: The Justice Project." Page Six reports Kim and a crew spent time on Tuesday, July 23, filming footage for the 2-hour special at the D.C. Correctional Treatment Facility. Few details have been released about the project beyond the fact that it will cover work Kim's been doing in the criminal justice reform arena to reduce the severity of sentences for those convicted of low-level drug crimes. Since she began studying law, Kim's been working to raise awareness about overly harsh sentences such as the one she met with Donald Trump about before he commuted Alice Marie Johnson's sentence. Kim's also been quietly funding the 90 Days of Freedom Campaign, a nonprofit legal assistance organization that's helped free at least 17 federal inmates who were serving life sentences for low-level drug crimes.

When it comes to getting back into shape after welcoming her first child, new mom, Duchess Meghan, has more than just weight loss goals in mind. A source tells Us Weekly the former actress also wants to use her platform to help give other women a healthy role model to look to as they navigate the challenges of parenting a new baby. "It's not easy to lose the weight, but she's happy to be a realistic example for new mothers," says the source, adding that Meghan's been "adjusting to motherhood and really happy" since she and Prince Harry welcomed their son, Archie, on May 6. "He has the sweetest temperament," Meghan gushed to reporters shortly after Archie's arrival. "He's really calm. He's been the dream, so it's been a really special couple of days."

Good luck getting any "Game of Thrones" prequel info out of Naomi Watts. The actress has signed on to play "a charismatic socialite hiding a dark secret," according to reports, and it seems she's already doing some method acting on the secret-hiding front. Naomi stopped by "The Tonight Show" on Wednesday, July 24, where Jimmy Fallon did his best to coax a new tidbit out of his guest about the as yet untitled show, which has been filming in Northern Ireland this summer. "Can we talk about the 'Game of Thrones' prequel? Are we not allowed to discuss anything?" he asked at one point, according to E! News. As the audience cheered, Naomi shook her head. "No," she said quickly. "Wow," Jimmy joked, looking shocked. "You really shut down." That's when Naomi unleashed a gold star-worthy call for distraction. "Tequila, tequila, tequila!" she hollered. The Roots played along, launching into the classic tune. "That's the way to get out of it," Jimmy admitted, looking impressed. "We won't talk about it but I am very excited about it and congrats," he added. Naomi, however, wasn't quite done. "But wait," she said, "don't you get a shot of tequila?" According to Entertainment Weekly, author George R.R. Martin has leaked that characters from the Stark family as well as the White Walkers, direwolves and mammoths will all appear.

With protests underway in Hawaii over plans to build an 18-story tall telescope on the Big Island's tallest mountain, Dwayne "The Rock" Johnson is revisiting his roots. The actor, who attended high school in Hawaii, joined protesters this week, sharing honi, or nose-to-nose greetings, and meeting with elders, according to multiple outlets. The $1.4 billion telescope project is slated to put a 14th device on the volcano Mauna Kea, which Page Six reports is on sacred land. "What I realized today … it's bigger than the telescope," Dwayne told reporters. "It's humanity. It's the culture. It's our people, Polynesian people, who are willing to die here to protect this land … This very sacred land that they believe in so powerfully." The telescope would reportedly offer "an unrivaled view of the cosmos," but protesters believe that would come at too high a cost, culturally. "When things escalate to that emotional apex, that is a sign that something has to be done," Dwayne said. "To full charge ahead isn't the way to do it."

Julianne Hough explains why talking about IVF has been 'therapeutic'

Julianne Hough and her husband of two years, Brooks Laich, are hoping to have a child via IVF, given that she suffers from endometriosis. And as Julianne explained in a recent interview with "Access Hollywood," the more open she can be about her own experience, the easier it may be for others not to feel stigmatized by what it means to undergo in vitro fertilization treatment. "I have nothing to be ashamed of," the 31-year-old "America's Got Talent" judge said, adding that she wants to "debunk beliefs that there's something wrong with" those who try IVF or that they may be limited by it in some way. "I think the more I'm open the more therapeutic it is for me to not suppress it and hide it, and the more I'm open, it also helps somebody else who sees themselves in me feel understood and heard," she explained. "I think at the end of the day – that's my whole mission – is to feel so connected to myself that I'm not embarrassed or ashamed about anything, and I'm as free as can be and that people can feel encouraged to have that same freedom." She also added that she's no paragon of perfection when it comes to handling the situation herself. "Every day is a constant evolution," she said, "and I hope that I'm evolving the rest of my life."

In Beyonce's documentary, "Homecoming," shot before and during her history-making 2018 Coachella performance, the singer utters the words, "I'm hungry," sparking a narrative thread about the super strict diet she went on to get in shape before the festival, after having her twins. Now, Bey's sharing the specifications of what made her so hungry (and helped her get back to a healthy weight after giving birth at 218 pounds) with her fans for $99 a year. This week, Beyonce and trainer and exercise physiologist Marco Borges launched a website that riffs on the 44 day long, meat, dairy, carbs, sugar and alcohol-free diet she used, according to Page Six. It's called 22DaysNutrition.com and focuses on what the site calls "a more plant-based lifestyle." Recipes range from curry avocado wraps to fava bean soup to apple oatmeal, plans can be customized based on the user's needs and the site advertises offering "continuous support from food coaches" along the way.

As Selena Gomez celebrated her birthday with friend in Italy this week, her fans wished her well in post after post on social media. Those sentiments didn't go unnoticed. "Well I'm 27 now," Selena wrote alongside a photo of herself on a balcony at sunset, wearing a smile on her face and a long white dress on Instagram. "I wanted to thank each and every one of you for your words on my bday," she continued. "Not just the quick notes. The thought that goes behind every word you write usually ends up with me crying grateful tears like I did last night. Praying for all of you!! I LOVE YOU."

Jason Momoa's first experience volunteering for the Make-A-Wish Foundation turned him into a permanent devotee. The "Aquaman" star shared photos this week on Instagram that showed moments from his surprise visit with young fans battling critical illnesses at Warner Bros. Studios, where Jason's "Aquaman" costume resides, along with the "Batman" movies' iconic costume and Batmobile and other famous pieces of movie history. "My first @makeawishamerica I will do this for life.😍😍😍😍," Jason posted. "Such an amazing day with Eva Eros and Kalice and all the ohana. Mahalo Warner bros for setting up an amazing tour for these beautiful children All my aloha j." Speaking to CNN, Make-A-Wish America CEO Richard K. Davis layer said: "We are so grateful for celebrity wish-granters like Jason Momoa and Warner Bros. who provide our wish kids with life-changing experiences that replace fear with confidence, anxiety with hope and sadness with joy." 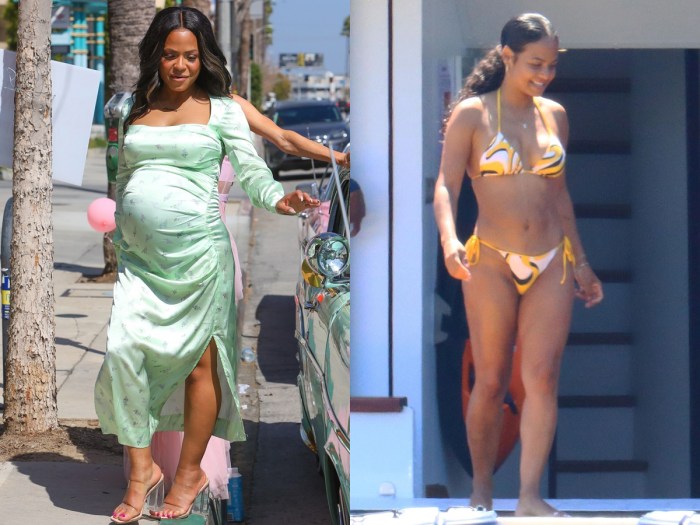