Jennifer Lopez partied up a storm while celebrating her 50th birthday in Miami on July 25.

Lana Condor and Noah Centineo won the best kiss popcorn trophy for their smooch in "To All the Boys I've Loved Before" during the MTV Movie & TV Awards in Santa Monica, California, on June 15.

RELATED: Celebs out and about: Summer 2019 edition

Duchess Kate and Duchess Meghan chatted in the Royal Box on Centre Court at the All England Lawn Tennis and Croquet Club during the Wimbledon Tennis Championships in London on July 13.

RELATED: Duchess Meghan's fashion hits and misses over the years

Shawn Mendes and Camila Cabello cuddled up during the MTV Video Music Awards at the Prudential Center in Newark, New Jersey, on Aug. 28.

David Beckham cooled off on pal Elton John's yacht while vacationing with his family in the South of France on Aug. 25.

Wells Adams got a kiss from fiancée Sarah Hyland at FOX's Teen Choice Awards in Hermosa Beach, California, on Aug. 11.

Elton John posed for photographers at the photocall for "Rocketman" at the 72nd International Cannes Film Festival on May 16.

Offset and Cardi B shared a smooch in Los Angeles on July 17.

Brody Jenner and Kaitlynn Carter attended the MTV Movie and TV Awards at Barker Hangar in Santa Monica, California, on June 15 less than two months before announcing their split.

Lizzo performed onstage at the 2019 BET Awards in Los Angeles on June 23.

Adam Sandler and Jennifer Aniston attended a photocall for their movie "Murder Mystery" in Los Angeles on June 11.

Newlyweds Christina Anstead and Ant Anstead attended the premiere of Discovery's "Serengeti" at the Wallis Annenberg Center for the Performing Arts in Beverly Hills on July 23.

Adam Brody and Leighton Meester attended a screening of Fox Searchlight's "Ready Or Not" at the ArcLight theater in Culver City, California, on Aug. 19.

Andie MacDowell and Helen Mirren blew kisses at the premiere of "The Best Years of a Life" during the 72nd Cannes Film Festival in France on May 18.

Brad Pitt looked like a million bucks at the premiere of "Once Upon a Time in Hollywood" at Toreo Parque Central in Mexico City on Aug. 12.

Patricia Arquette and Angela Bassett attended a special screening of "Otherhood" at the Egyptian Theatre in Hollywood on July 31.

Ben Affleck and kids Samuel Affleck and Seraphina Affleck checked out Fourth of July celebrations in Los Angeles on July 4.

Lil Nas X attended the 2019 BET Awards at the Microsoft Theater in Los Angeles on June 23.

Paris Hilton attended the Cash and Rocket Masquerade Ball in London on June 5.

Miles Teller and Keanu Reeves attended the "Too Old to Die Young" TV show screening in Los Angeles on June 10.

Miranda Lambert and Keith Urban posed backstage during the 13th Annual ACM Honors at Ryman Auditorium in Nashville on Aug. 21.

Hugh Jackman took a dip on Bondi Beach in Sydney on Aug. 1.

Margot Robbie and Leonardo DiCaprio attended their "Once Upon A Time in Hollywood" photocall during the 72nd Cannes Film Festival on May 22.

Milo Ventimiglia and Amanda Seyfried attended a screening of their film "The Art of Racing In the Rain" in New York City on Aug. 5.

Orlando Bloom and Cara Delevingne attended a photocall for their new show "Carnival Row" during Comic-Con 2019 in San Diego on July 19.

Elton John, Victoria Beckham and one of Elton's sons watched as Cruz Beckham and Brooklyn Beckham held hands and jumped backward off the deck into the sea while vacationing on the music star's yacht in the South of France on Aug. 25.

Elisabeth Moss, Melissa McCarthy and Tiffany Haddish attended the premiere of "The Kitchen" in Los Angeles on Aug. 5.

Shawn Mendes and Camila Cabello joined friends for a dip in the ocean in Miami on July 29 while in town for one of Shawn's tour stops. 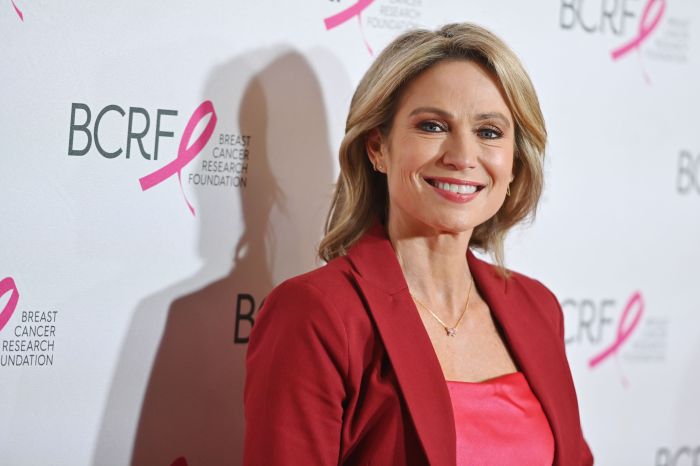