Less than an hour after purchasing a $2 million Bugatti, Tracy Morgan got into a pricey fender bender in the luxury ride. On June 4, photos showed the brand new car a bit banged up after it had an unplanned meeting with a Honda CR-V in New York City. According to reports, Tracy had driven it off the dealer's lot only 15 minutes before the accident. Afterward, he complained of hip pain and was transported by ambulance to an area hospital. "Thanks for any concern but I am totally fine," he later tweeted. "My NEW CAR? We shall see. Love you all." By the way, the cost of the repairs wasn't cheap — replacing the damaged front bumper alone is $22,000, plus it's another $10,000 to replace the damaged fender on the driver-side quarter panel, TMZ reported, adding that those figures don't include labor. Authorities said Tracy wasn't at fault, despite the other driver's claims otherwise.

Taylor Swift and Katy Perry have finally found peace. For years, there was no love lost between the pop stars, but they are now on good terms — good enough, in fact, for Katy to appear in Taylor's celeb-filled music video for "You Need to Calm Down." Toward the end of the video, Taylor, dressed as french fries, sees Katy, dressed as a cheeseburger. The two hug. "She and I have been on good terms for a while," Taylor told Capital FM on June 17. "She sent me a really nice note and an olive branch to my tour when it started a while ago. From that point on, we've been on good terms. Then we saw each other at a party and walked up to each other and hugged it out and talked about things." Taylor said she felt "lighter" after making up. "We'd grown past allowing ourselves to be pitted against each other," she added. Taylor also announced in June that her new album is coming out on Aug. 23 and will be called "Lover."

Bradley Cooper and Irina Shayk have split after four years together, People magazine reported on June 6. The split came amid speculation about their romance. People revealed that the former couple are working out a custody arrangement for their 2-year-old daughter, Lea. "Entertainment Tonight" reported that Irina thought about breaking things off with Bradley while he was promoting "A Star is Born" with co-star Lady Gaga. "They talked things through a great deal and seemed to hold off and keep up appearances for the time being," a source told the outlet. "It was recommended they delay a split at what seemed to be the peak of his career because the negative attention would take away from the excitement of the release."

Chris Pratt and Katherine Schwarzenegger tied the knot on June 8 in Montecito, California. Wedding attendees included the actor's 6-year-old son Jack with ex-wife Anna Faris as well as Katherine's parents, Arnold Schwarzenegger and Maria Shriver. Her siblings Patrick, Christopher and Christina were also there. "Yesterday was the best day of our lives! We became husband and wife in front of God, our families and those we love. It was intimate, moving and emotional," the bride wrote on Instagram on June 9 alongside a wedding photo. "We feel so blessed to begin this new chapter of our lives." Chris posted the same picture, writing, "This morning we feel nothing but blessed."

Heiress, designer and author Gloria Vanderbilt passed away on June 17 just days after receiving a cancer diagnosis. She was 95. Her son, CNN anchor Anderson Cooper, announced the news. "Earlier this month, we had to take her to the hospital. That's where we learned she had very advanced cancer in her stomach and that it had spread," he said in a video that aired on CNN. "When the doctor told her she had cancer, she was silent for a while, and then she said, 'Well, it's like that old song: Show me the way to get out of this world, because that's where everything is.'" Anderson added that his mom was "a painter, a writer and designer but also a remarkable mother, wife, and friend… She was 95 years old, but ask anyone close to her, and they'd tell you: She was the youngest person they knew — the coolest and most modern." After Gloria's death, many of Anderson's friends tweeted their condolences and shared stories about his mother.

Cuba Gooding Jr. turned himself into New York police on June 13 and was formally charged with one count of misdemeanor forcible touching and one count of sexual abuse in the third degree. Police said the Oscar winner is being investigated for allegedly groping a woman's breast in a New York bar on June 9. The alleged victim, reports indicate, told police that Cuba was "extremely intoxicated" when he touched her at the Magic Hour Rooftop Bar and Lounge. According to the New York Post, the woman and Cuba got into an argument and security had to intervene. Cuba denied any wrongdoing and said he has confidence in the court system. A few hours after turning himself in, Cuba was seen in handcuffs being escorted by police though once he had his mugshot and fingerprints taken, he was released from custody. The following day, video of the alleged incident emerged. Prosecutors said it shows the incident, but Cuba's people say it shows nothing. Another woman has since come forward to claim that the actor groped her at a club a decade ago. His attorney has denied that allegation too.

In early June, country music singer Granger Smith revealed that his 3-year-old son, River, died following a "tragic accident." A rep told People magazine that River drowned at home. "I have to deliver unthinkable news," Granger wrote on social media on June 6. "We've lost our youngest son, River Kelly Smith. Following a tragic accident, and despite doctor's best efforts, he was unable to be revived. [My wife] Amber and I made the decision to say our last goodbyes and donate his organs so that other children will be given a second chance at life." He and his family, he said, are "devastated and heartbroken" but "take solace in knowing he is with his Heavenly Father." He added, "Riv was special. Everyone that met him knew that immediately. The joy he brought to our lives cannot be expressed and his light will be forever in our hearts." He finished his post, writing, "There has never been a more difficult moment for us than this." The family tried to turn lemons into lemonade as they sold shirts to honor River, with proceeds going to Dell Children's Medical Center, where the toddler was treated before his death.

Miley Cyrus was grabbed and nearly kissed by an aggressive fan on June 2 while in Barcelona, Spain, to perform. Video showed the pop star walking past a large group of fans just steps behind husband Liam Hemsworth when a man grabbed for her hair, wrapped his arm around her neck and started to yank her in for a kiss. Miley moved her head to avoid his lips and security stepped in to separate the culprit from the singer. A day later, Miley responded to the incident on social media, writing on her Instagram Story, "She can be wearing what she wants. She can be a virgin. She can be sleeping with five different people. She can be with her husband. She can be with her girlfriend. She can be naked. She CAN'T be grabbed without her consent."

After months of speculation, Lisa Vanderpump finally confirmed that she's leaving "The Real Housewives of Beverly Hills." In a chat with DailyMailTV, the Bravo star pinned blame on her castmates, saying, "I think they've made it pretty impossible for me to go back frankly." She then firmly said "no" when asked if she planned to return to the show, which she starred on for nine seasons. She added that she had no plans to go to the cast reunion either (and she didn't). "The objective of the reunion is to reunite, right? I have no inclination to reunite with any of the women that have been harassing me for 10 months now, so in all probability, no," she said.

Jon Stewart went viral on June 11 after making an impassioned speech to the House Judiciary Committee in which he shamed lawmakers for continually delaying passage of a bill to continue funding health care for the first responders who risked their lives in the wake of the terror attacks on Sept. 11, 2001. "I can't help but think what an incredible metaphor this room is … a filled room of 9/11 first responders and in front of me, a nearly empty Congress. Sick and dying, they brought themselves down here to speak to no one … shameful," he said. People from both major political parties seemed moved by his words. Afterward, the House Judiciary Committee unanimously passed the bill, so now it will go to the full House of Representatives, where it's expected to pass. It will then be in the Senate's hands, though it's unknown if Majority Leader Mitch McConnell will take up the bill. Mitch, by the way, seemed to mock the former "Daily Show" host, telling Fox News, "I don't know why he's all bent out of shape."

Rihanna is now the world's richest female musician: On June 4, Forbes reported that RiRi had surpassed the likes of Madonna, Beyonce and Celine Dion after accumulating about $600 million. Where did her earnings come from? Well music, yes, but also her partnership with French luxury goods behemoth LVMH, which carries her Fenty Beauty line, and her move into fashion, which includes her new FENTY line as well as the Savage X Fenty lingerie brand. 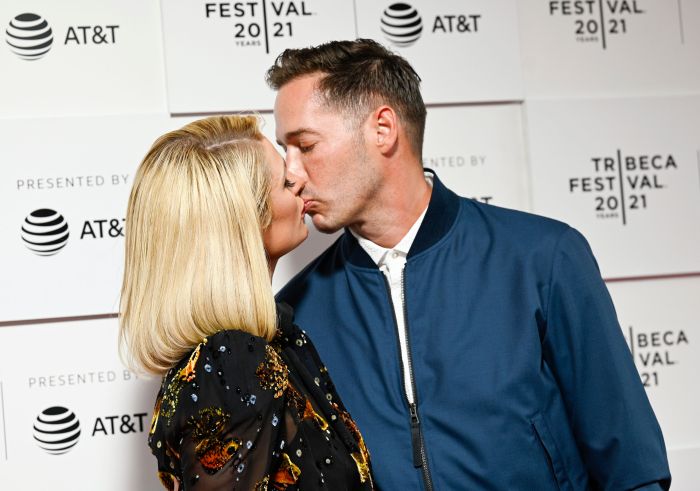