"Sometimes it's better to be with the devil you know, than the devil you don't." Those words, allegedly uttered by Natalie Wood to her younger sister, Lana, in reference to her relationship with her on-off love, Robert Wagner, take on a chilling meaning in the latest episode of "Fatal Voyage: The Mysterious Death of Natalie Wood," Dylan Howard's 12-part podcast about Natalie's life — and possible murder. In Chapter 5 of the podcast, Lana describes how Natalie reintroduced Robert to the family long after the two had divorced. When Natalie brought Robert back into her life, Lana recalls, the family was "shocked." "I pulled her aside and I said, 'What are you doing? Why are you doing this?'" Lana says on the podcast (via Us Weekly). Lana has previously said she believes Robert was responsible for Natalie's death. The new episode also delves into a memoir by Natalie that's never seen the light of day until now. "We had broken up, gotten older. R.J. remarried," she writes of Robert in the book. "The external trappings of our lives changed. But I believe that those changes don't in any real sense, make you a different person and to deny the validity of my feelings about someone a long time ago would be for me, to deny that I existed."

Beyonce and Solange Knowles' relationship with the state of Louisiana goes back further than their fans may have realized. In Bey's new cover story for Vogue, she reveals that her great-great grandmother, a slave based in Louisiana named Rosalie Jean Louis, escaped slavery by marrying a white man named Joseph Lacey. Rosalie and Joseph had a daughter named Celestine, who became the mistress of a white man and had 13 children, one of whom had a daughter who became the famous seamstress Agnes Derouen. That's the name from which Bey and her mom, Tina Knowles Lawson, derived the name of their fashion line, House of Dereon, according to the Daily Mail. "I had to process that revelation over time. I questioned what it meant and tried to put it into perspective," Bey says in Vogue. "I now believe it's why God blessed me with my twins. Male and female energy was able to coexist and grow in my blood for the first time. I pray that I am able to break the generational curses in my family and that my children will have less complicated lives." The singer added that her family history has a "lineage of broken male-female relationships, abuse of power, and mistrust," before explaining, in what sounds like a reference to the adultery she deals with on "Lemonade," "Only when I saw that clearly was I able to resolve those conflicts in my own relationship."

Khloe Kardashian shares tips on what to say to new moms

New moms need a little extra TLC — and Khloe Kardashian wants to help make sure they get it. Four months after welcoming her daughter, True, with boyfriend Tristan Thompson, Khloe's hoping to shed light on what women in her position may be going through. In a post on her app this week, the Good American jeans creator shared tips on what to say — and what not to say — to new mothers. Among the helpful hints was a reminder that nursing is "personal" and people should be aware of the fact that some moms, like Khloe, can't necessarily produce enough milk, a situation that's been making her feel terrible. "You never know the private struggles someone could be going through and how terrible it may be making them feel," she wrote. As for asking whether someone delivered naturally or not, Khloe declared, "My vagina — its past, its present, its future — is none of your business! Period." She also touched on the ability to get enough rest — or not, telling fans, "never ever ever bring up sleep" because "sleep deprivation is literally a form of torture." She added that hearing from friends and family how bummed they are not to be able to spend time with her as much anymore makes her feel down. "A new mom is likely already sad about this, so this statement will most definitely cause tears — or anger. Not a good idea," she wrote. Khloe also got candid about her relationship with True during a panel for her activewear launch. "I do get annoyed because she doesn't give me any playtime on FaceTime. She doesn't care about me," Khloe said, according to People. "Well her dad, she smiles and [her] tongue sticks out, like, f—— do the same thing to me!" she jokingly griped. "I am protesting! I am not going to FaceTime. It does nothing but bother me more."

Amanda Bynes will remain under a conservatorship until 2020

The conservatorship Amanda Bynes was placed under back in 2014 will continue until August 2020. That's according to court documents filed last week (via The Blast) that mandated the actress's mother, Lynn, will continue handling affairs like her daughter's health and medical needs. Amanda was put back in charge of her finances in 2017. The 32-year-old, who suffered multiple mental health setbacks prior to the initial conservatorship ruling, is reportedly still working towards becoming a clothing designer, with plans to begin selling her pieces in the near future.

As the Los Angeles District Attorney continues investigating DREAM singer Melissa Schuman's claim that Nick Carter raped her in 2002, his Backstreet Boys bandmate Brian Littrell has declared he'll stand by Nick's denial of the allegations. Speaking to TMZ, Brian implied Melissa was only after some attention when she told authorities last year that Nick had forced himself on her. "Unfortunately, there are fame seekers that are out there. In this situation, he's been forthright and honest with us, and we have to stand beside our bandmate," Brian said. "That's all we can do. It is what it is, it's the time in the world we live in, everybody wants to know something or get something on somebody, and um, you know, Backstreet Boys are top 10 on radio right now and back in people's brains." Nick, who has been accused of sexual assault before, according to Vulture, said he was "shocked and saddened" by Melissa's claims and that any interaction they had was consensual.

Ewan McGregor, whose new "Christopher Robin" movie has been hailed as more of a "mid-life crisis" story than a children's film, is set on spending as much time as possible with his kids until he has to get back on another set. Asked if he felt a tie to any particular "Pooh-ism" on "Good Morning Britain" this week, Ewan said, "I've sort of adopted one of them." He went on to explain: "Since the moment we wrapped, I haven't worked since making this film last November. … I just took this time off, I needed to and I wanted to. I'm about to start something in September and I look back now and think, 'What have I done?' And I've done nothing really! But I've been really busy doing nothing! That's a bit of a Pooh-ism, really, that nothing leads to the best something," he joked. "In actual fact, it's been brilliant having this time off. I've spent a lot of time with my kids. I've spent a lot of time doing things that I like to do like riding my old bike and tinkering with old cars — things that I felt like I wasn't having any time to do and not really having a great deal of time. I was thinking, 'What am I working for?' I was just working to work and I want to work to live." Ewan and his estranged wife, Eve Mavrakis, share four children, Clara, 22, Jamyan, 17, Esther, 16, and Anouk, 7.

Things are looking up for Rob Kardashian. Following his difficult split from Back Chyna, Rob has gone back to avoiding the spotlight as much as possible. But his mom, Kris Jenner, says he's becoming more adept at managing his health. "Rob is good," she tells Us Weekly. "He's doing better and better. He's working on his health and learning more and more about what it's like to live with kind of the leftovers of the diabetes that he struggles with from time to time, and working on his, you know, just your nutrition and your health. … I think he's getting better at understanding how that all works." She added that while Rob mostly skipped appearing on "Keeping Up With the Kardashians" during Season 15, he's likely to appear more on Season 16, which the family is set to start shooting next month.

Yikes! Turns out Seth Rogen had one of the worst wardrobe malfunctions of this year's awards season. Luckily, he managed to save himself before things got too embarrasing. Shortly before walking onstage to talk about "The Disaster Artist" during the Golden Globes, Seth split his pants right in half. "I bent down to pick up something, and I blew out my pants from, like, the very front to the very back. Like, chaps. I chapsed them," he told Seth Meyers this week on "Late Night" (via JustJared). His solution? The star said he "grabbed a rack of safety pins" before he took his pants off, turned them inside out and pinned the tear up: "I went out with essentially, like, a diaper made of safety pins holding my pants together," Seth said. Nothing like a little Hollywood glam to spice up the night.

How does the public really feel about Kim Kardashian West? A new study from the marketing firm Spotted shows controversies around things such as Kim's interactions with makeup blogger Jeffree Starr and the racy Instagram pic she posted recently and credited to her 5-year-old daughter are seen as "inappropriate public behavior" by consumers, who apparently find Kim to be the most risk-laden celebrity for a brand to adopt, according to Page Six. Despite the findings, which were reported to Fashionista this week, Kim and her sister Kendall Jenner — who also scored a low consumer rating in the study — continue to amass multiple ad campaigns and promotional spots with the likes of Balmain, Givenchy, Fendi and others.

Ludacris has a habit of buying groceries for random strangers

Need proof the world is desperate for happy news? Here you go: Vulture has helpfully pointed out that The New York Times doled out an assignment to someone to report on rumors Ludacris has been showing up at different grocery stores and paying the bill for unsuspecting shoppers. Whole Foods, Sprouts Fresh Market, Public and Costco customers have all apparently had the good luck of finding Luda had taken care of their checkout items at the end of their shopping trips. "Funny thing, Luda does these things all the time," Luda's manager told The Times. "But he doesn't want to do interviews to highlight it. It's just his heart." 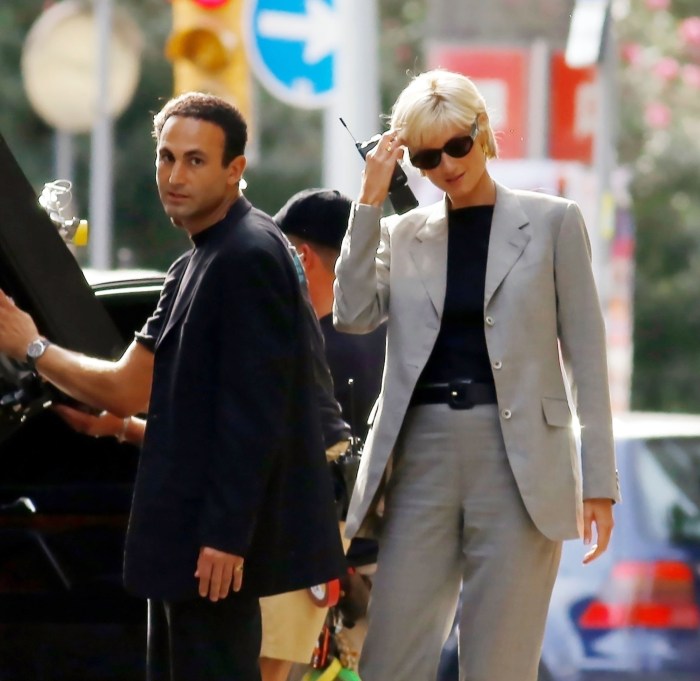