Since the beginning of film, movie couples have been giving us major #RelationshipGoals! From the love affairs in "Casablanca" to "When Harry Met Sally" to "Titanic," we're rounding up our favorite big-screen romances — starting with a tale of love set in Beverly Hills. 1990 brought us the adorable and unconventional love story "Pretty Woman." Julia Roberts and Richard Gere, who starred as Vivian and Edward, brought to life a modern-day fairy tale — lady of the night falling for her employer. Despite coming from different worlds, they made it work, culminating in Edward picking Vivian up from her tiny apartment in a white limousine, complete with a bouquet of roses! Now keep reading to see the rest of our iconic movie couples list…

Jack and Rose forever! Kate Winslet and Leonardo DiCaprio brought the most epic of love stories to the silver screen in 1997's "Titanic." The grandiose flick showed us sheltered poor-little-rich-girl Rose falling for Jack, the actually poor American orphan who won his Titanic ticket in a game of poker. These star-crossed lovers enjoy a beautiful but brief courtship on the doomed ship before it collides with an iceberg. And while we can debate all day long whether Jack could have fit on that wooden door with Rose and lived, that last dream sequence on the ship never fails to make us weep with what ifs.

What's more epic than a love story between a vampire and a human? Not much, really. Robert Pattinson and Kristen Stewart brought Edward Cullen and Bella Swan to life in the "Twilight" franchise, and their love story proved to be so mesmerizing that it became a worldwide phenomenon. Over the course of four books (and five movies), audiences fell in love with their otherworldly romance, which culminated in a wedding, the transition of Bella from human to vampire, and their very own half-human, half-vampire baby, Renesmee.

RELATED: Stars you forgot were in the "Twilight" franchise

Although we don't exactly know if Scarlett and Rhett were each other's end game, their epic love story still makes the list. Clark Gable and Vivien Leigh starred as the famous couple at the center of 1939's "Gone with the Wind," a pair that enjoyed a dramatic, intense love affair on the silver screen in one of the most beloved films of all time.

Noah (Ryan Gosling) and Allie (Rachel McAdams) almost took the top spot for their darling and gut-wrenching love story that ended in the most bittersweet way possible in 2004's "The Notebook." Though we're still coming to terms with the fact that it's not super normal for a guy to build you a house, that death scene at the end gave new meaning to the term undying love.

It turns out men and women really can't just be friends after all! The quintessential friends-to-lovers tale "When Harry Met Sally" is one of the sweetest (and silliest!) love stories to unfold on the big screen. Meg Ryan's Sally and Billy Crystal's Harry start out as completely platonic pals who originally don't even really like each other, but their friendship deepens over the years into a love that neither of them can fight. This flick gave us unrealistic expectations for every New Year's Eve of our lives.

The late Heath Ledger and Jake Gyllenhaal brought the love of two cowboys to the big screen in 2005. Heath's character, Ennis, is confused by his love for Jake's character, Jack, while Jack is confident in his affection for Ennis. The lovestruck cowboys' forbidden romance ends tragically, leaving Ennis in pieces when he learns Jack has passed away. The film pulled at heartstrings all over the world and ended up being both a commercial and critical success that took home three Academy Awards.

The most recent addition to the list? Rachel and Nick from "Crazy Rich Asians." The 2018 flick showed this couple from very different backgrounds — Rachel, an NYU professor raised by her mother, and Nick, a fellow professor who secretly hails from one of Singapore's richest families — and how they managed to overcome the differences that come with being, well, "crazy rich" in Singapore vs. growing up without much in the States.

"Casablanca" not only gave us some iconic lines — it gave us one of the best on-screen romances of all time! Humphrey Bogart and Ingrid Bergman starred as Rick and Ilsa, two former lovers reigniting an old flame during war time while Ilsa also just so happens to be married to another man. Talk about an intense love triangle!

This on-screen romance was so hot, it moved right off the big screen and into reality! Brad Pitt and Angelina Jolie starred as boring-married-couple-slash-assassins in "Mr. and Mrs. Smith." Their characters, John and Jane, learn that they're hired to kill one another by their competing agencies, which repairs their wilting relationship as the two combine forces to protect one another. Aside from giving us this thrilling love story, the film is also credited with igniting the real-life love between Brad and Angelina that finally flamed out in 2016.

It started out as a challenge! Kate Hudson's character, Andie, is writing a piece on how to lose a guy in 10 days, while Matthew McConaughey's Benjamin is attempting to make a woman fall in love with him to prove something to his co-workers in the same amount of time. What follows is an adorably hilarious series of events that results in Andie and Ben falling in love in "How To Lose A Guy In 10 Days."

"Breakfast at Tiffany's" blessed us with the sweet love story between Holly Golightly (Audrey Hepburn) and Paul (George Peppard) back in 1961. Though Holly wasn't one to settle down, instead choosing to spend time in the company of many wealthy men, once she meets her new neighbor, Paul, everything changes.

Han Solo and Princess Leia had an intergalactic and epic love story in the "Star Wars" saga. The couple, played by Harrison Ford and the late Carrie Fisher, fall in love over the course of the first three films and eventually marry (off-screen) in the epic George Lucas space fantasies. Their only child (that we know of!), Ben, is eventually revealed to be Kylo Ren in the newest trilogy.

Demi Moore and Patrick Swayze in 1990's "Ghost" are up next, thanks to their unique and insanely tragic love story. Molly, played by Demi, is widowed when husband Sam, played by Patrick, passes away. Though he's no longer among the living, Sam visits her from the grave as a ghost, watching over her as only a true love can.

For Bridget, it was always her Mr. Darcy. In the three installments of the "Bridget Jones's Diary" franchise, Renee Zellweger's Bridget and Colin Firth's Mark Darcy are always finding their way back to each other! In the most recent flick, "Bridget Jones's Baby," we find that although they married in the previous film, Bridget and Mark have separated. Despite having a child with another man, Jack (Patrick Dempsey), Mark and Bridget finally realize they're meant to be with one another and give things another try. Now if that's not true love, we don't know what is.

Sorry, Aidan fans! Mr. Big was "The One" for Carrie Bradshaw. And if their love affair on the small screen didn't solidify that, it certainly became obvious once their story jumped to the big screen. Though it was a rocky road in the 2008 flick after Mr. Big (Chris Noth) failed to show up at their elaborate wedding, he eventually managed to win Carrie (Sarah Jessica Parker) back. The 2010 sequel confirmed that Big and Carrie were always destined for each other after she has a run-in with ex Aidan and we learn they really just weren't meant to be.

The love story of Toula and Ian was a breath of fresh air back in 2002. "My Big Fat Greek Wedding" gave us the tale of a dutiful Greek daughter falling in love with… well, a non-Greek. Toula's inner and outer makeover and Ian's adorable love for her makes this romantic comedy couple one of the sweetest, most memorable and most unique.

Summer lovin'! Olivia Newton-John's Sandy Olsson and John Travolta's Danny Zuko charmed audiences in the 1978 movie musical "Grease." The couple took us back to high school in the '50s, where they fell in love over a summer and struggled to make it work once they were back on campus. Ultimately, the good girl and the bad boy realize they really don't need to change for one another (after Sandy dons that iconic skin-tight black ensemble!) and they ride happily ever after off into the sky in a convertible. No, really!

"I'm just a girl, standing in front of a boy, asking him to love her." How could you not adore the couple that inspired those words? Hugh Grant and Julia Roberts had some serious chemistry in 1999's "Notting Hill," which saw humble British bookshop owner William Thatcher and Hollywood movie star Anna Scott cross paths and fall in love.

1987 brought us the love story between beautiful Buttercup and young farmhand Westley in "The Princess Bride." Fans delighted to see this couple find love amid quite an adventure — including getting through the Cliffs of Insanity and the Fire Swamp — which we uniquely discovered through the eyes of a grandfather telling the story to his grandson.

Some of the best love stories are variations on the classic "Romeo and Juliet" concept, and "West Side Story" is one of them. In the 1961 film, Richard Beymer starred as Tony and Natalie Wood starred as Maria, two members of rival gangs. Their forbidden romance is an ill-fated one, with Tony eventually being shot dead. Though their love story ends tragically, it gave us one of the best on-screen kisses in the history of cinema.

Patrick Swayze's Johnny helped get Jennifer Grey's Baby out of a corner in "Dirty Dancing." The 1987 classic chronicles the love story between an older man and a younger woman who needs to be freed from the restraints imposed by her overprotective family, which results in Baby embracing her true self… which includes some pretty cool dancing.

"Romeo + Juliet" stands the test of time. In this 1996 version of the Shakespeare tale, Juliet (Claire Danes) and Romeo (Leonardo DiCaprio) find love in a hopeless place: among a rival family. Though the Montagues and Capulets are feuding, these two teenagers still fall head over heels for one another. Against all odds, they attempt to make it work, but it ends tragically with both dying.

1977's "Annie Hall" gave us a different take on the typical movie love story as we watched comedian Alvy Singer (Woody Allen) fall for aspiring singer Annie (Diane Keaton) and then try to figure out what went wrong. The Academy Award-winning film gets more interesting when you know that Woody based the character of Annie on Diane, whom he dated in real life. 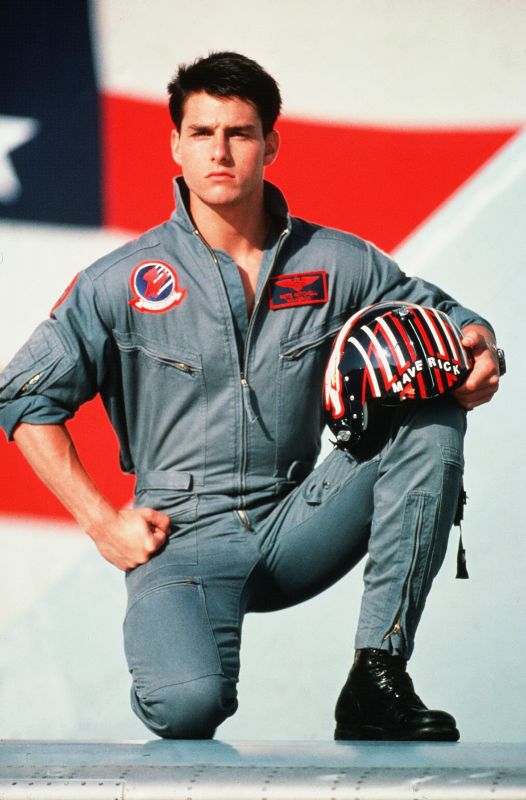 Up Next Movie pilots

See the best and worst dressed stars in May

Emily Ratajkowski takes a stroll in NYC, plus more of the best celeb pics this week

Check out these amazing photos of your favorite royals with cute animals!