Whoopi Goldberg blew up at Meghan McCain on the Dec. 16 episode of "The View" as the conservative political commentator attempted to respond to Sunny Hostin on the subject of impeachment. "Just let me finish. I let you talk — let me finish," Meghan said as Sunny interrupted her before she had a chance to make her point. Whoopi then attempted to toss to a commercial break, prompting Meghan to complain that her fellow co-hosts don't seem to want to hear "a conservative perspective on the show ever." That's when Whoopi snapped: "Girl, please stop talking! Please stop talking right now!" Fired back Meghan, "No problem. … I won't talk the rest of the show." Responded the actress, "I'm OK with that if you're gonna behave like this." Whoopi then accused her of "talking over" her co-stars. Argued Meghan before the comedian finally threw to commercial, "I'm not behaving like anything. I'm trying to show a conservative perspective. … I let Sunny talk." The following day, Whoopi started the show by saying that she and her fellow panelists needed to do "a little cleanup" before they could get things going. She went on to acknowledge that "things get heated on this show" because they're "really passionate" and sometimes "not as polite as we could be." Continued the former "Ghost" star, "But you're gonna be dealing with the same thing when you sit around your table with your family and you don't agree or somebody says something and goes off the rails. This is part of what we do. This is not an indication that women can't sit around and talk. This is not an indication that we don't know how to deal with each other on camera. This is happening in real time. … Don't assume that we're over here with butcher knives under the table. … So everybody just calm down." Chimed in Meghan, "Whoopi and I get along great. I love you very much. I've loved you for a long time. You were good friends with my dad. We fight like we're family. It's all good. We're not tearing the set apart. Calm down, all of you, OK? It's all good."

Country singer Jake Hoot won the 17th season of "The Voice" on Dec. 17. In the process, he handed his mentor, Kelly Clarkson, her third win out of her four seasons on the NBC singing show. The "Since U Been Gone" chart-topper was the only coach who turned his or her chair for the 31-year-old single father from Tennessee during the Blind Auditions.

Orlando Jones took to social media on Dec. 14 to allege that he was fired from "American Gods" in September because the new season 3 showrunner, Charles Eglee, thinks that his character's "angry, get-s—done [attitude] is the wrong message for black America." Said the actor, who portrayed old god Mr. Nancy on the Starz series, "That's right, this white man sits in that decision-making chair and I'm sure he has many black BFFs who are his advisors and made it clear to him that if they did not get rid of that angry god Mr. Nancy, he'd start a Denmark Vesey uprising in this country. I mean, what else could it be?" The comedian — who also served as a writer and producer on the second season of "American Gods" — went on to describe working with Fremantle, which produces the series, as "a nightmare." He also called for Eglee to be fired, re-posted a fan-created video accusing the veteran TV producer of cultural appropriation and said that he's considering legal action. A spokesperson for the show later released a statement claiming that Jones wasn't fired. Rather, his "option was not picked up" because "Mr. Nancy, among other characters, is not featured in the portion of the book we are focusing on within season three." Said the spokesperson, "The storylines of 'American Gods' have continually shifted and evolved to reflect the complex mythology of the source material. … Several new characters, many of which have already been announced, will be introduced into Shadow Moon's world that will further contribute to the show's legacy as one of the most diverse series on television."

Actress Monica Ruiz, who portrayed the wife in a controversial holiday commercial for Peloton exercise bikes, is heading to "The Bold and the Beautiful." She reportedly booked a two-episode stint in a "top secret" role on the daytime drama. According to TMZ, she'll bank a $2K flat fee for the single-day shoot. Her episodes are set to air in late January. If she proves to be a welcome addition to the CBS soap, she could potentially be back for more in the future.

Two Asian advocacy groups — Asian Americans Advancing Justice and Media Action Network for Asian Americans — are calling for NBC to cut ties with Jay Leno after he reportedly made a culturally insensitive joke about Koreans on the set of "America's Got Talent" earlier this year. The joke came to light after "AGT" infamously parted ways with judge Gabrielle Union in late November after just one season. During her brief time on the reality show, the actress reportedly told producers that she was uncomfortable with a joke the comedian made in front of several Asian crew members about how a painting of Simon Cowell and his dogs looked like something that could be found "on the menu at a Korean restaurant." During an interview with Variety, John C. Yang, the president and executive director of Asian Americans Advancing Justice, called Leno "a repeat offender in denigrating a part of our Asian American community." Yang added that the dog joke is "so toxic" because it minimizes the community by making it "seem less civilized." Guy Aoki, founding president of Media Action Network for Asian Americans, accused Leno of having a "bizarre fixation with Asians eating dogs" and asked NBC "to end its business relationship with him." Leno currently stars on CNBC's "Jay Leno's Garage." He popped up on "AGT" twice this year.

The second season of "The Masked Singer" came to an end on Dec. 18. Fox, who was revealed to be Wayne Brady, took home top honors, while Rottweiler, who turned out to be Chris Daughtry, was the runner-up. Flamingo, who was unmasked as Adrienne Bailon, came in third.

Following the ejection of contestant Dan Spilo from season 39 of "Survivor" earlier this month amid allegations that he'd engaged in unwanted physical contact with multiple women on set, CBS announced on Dec. 17 that it will implement "new protocols and procedures" to determine how similar situations will be handled moving forward. The changes include adding "another on-site professional to provide a confidential means of reporting any concerns," enhancing "pre-production orientation with new anti-harassment, unconscious bias and sensitivity training for cast, producers and production crew on location," implementing a new rule "stating unwelcome physical contact, sexual harassment and impermissible biases cannot be brought into the competition and will not be permitted as part of gameplay" and partnering "with a third-party expert in the field to review, evolve or add to these new policies and procedures going forward." CBS also promised to apply their new policies to the network's other reality shows.

On Dec. 18, The Hollywood Reporter published an exposé uncovering why Ruth Wilson suddenly left "The Affair" after season 4 — even though she won a Golden Globe for her work on the Showtime drama. Multiple sources described the show's set as "toxic" and alleged that the actress had "friction" with series creator and showrunner Sarah Treem over the direction of her character and the amount of nudity required of her. According to one source, Treem tried to "cajole actors to get naked even if they were uncomfortable or not contractually obligated to." Wilson once reportedly asked her, "Why do you need to see me and not more of [a male co-star]?" The English actress reportedly complained about the "hostile work environment" to Showtime in 2017. Treem denied the allegations to THR, maintaining that she "did everything I could think of to make [Wilson] feel comfortable with these scenes." 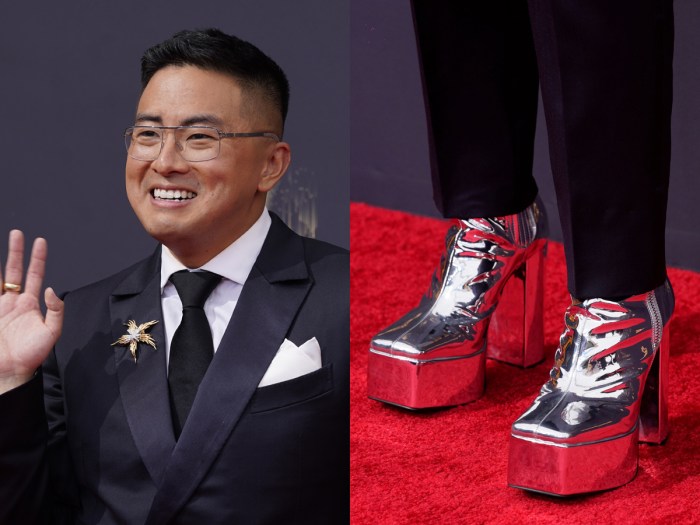