Is love officially dead? Channing Tatum and Jenna Dewan have separated after nearly nine years of marriage. The actors announced their shocking news on Instagram on April 2 in a joint statement. "We have lovingly chosen to separate as a couple. We fell deeply in love so many years ago and have had a magical journey together. Absolutely nothing has changed about how much we love one another, but love is a beautiful adventure that is taking us on different paths for now," the statement read. "There are no secrets nor salacious events at the root of our decision — just two best-friends realizing it's time to take some space and help each other live the most joyous, fulfilled lives as possible." A source told Page Six that they were spending a lot of time apart because of work, and that it put too much strain on the marriage. More salacious reports — including that Chan's flirting or partying were to blame — were denied by Jenna's rep. "The reason our statement was so positive [is] because that's the reality of the situation," her rep told People magazine.

Jaime King was shaken up after a man jumped atop her car and started striking the windows in a random, violent attack in Beverly Hills on April 4. Her 4-year-old son was also in the car and was struck by glass. The Beverly Hills Police department issued a press release stating that the man who did this, who is believed to be homeless, was arrested. "[James] was secured in a child car seat positioned in the back seat of the vehicle as the suspect jumped on the rear windshield causing glass to shatter and strike the child," the police statement said. "In an effort to protect the child, the female driver exited the vehicle and confronted the suspect at which time he threw a can at her, striking her arm." Jaime released a statement on April 5. "Thank you so much to everyone for the outpouring of love we have received since yesterday's attack. James Knight is very shaken up, as am I. The attack was incredibly violent, and my 4-year-old son was obviously the target of the individual's brutal attack, which is terrifying," she explained. "The news that has been released has been inaccurate to the level of sustained violence and intent of this act." She said the "perpetrator jumped on the roof until it collapsed and kicked in windows trying to get to" her son. The concave windshield was quite startling to see in paparazzi photos. Jaime also lambasted the paparazzi, claiming they chose to document the attack instead of helping her. She also thanked a friend who was with her for using her self-defense skills to keep the man at bay. "Without her bravery and selflessness, I cannot imagine the outcome," Jamie said.

Colin Farrell checked himself into rehab at The Meadows in Wickenburg, Arizona, but not because he was using drugs or alcohol. He wanted to prevent himself from falling off the wagon. "He put himself in there. It was voluntary. He was not using again, but needed to do a little reset and get things back in alignment to make sure he doesn't use again," a source told Us Weekly. A source told People magazine, "He isn't drinking again. He worked back-to-back projects and just needed a break. He's been sober 12 years and wanted to do this to make sure he stays that way. He's taking some me time and doing a tune-up and a reset. This was all his idea." Colin has struggled with drugs in the past and was admitted to rehab in 2005.

Kendra Wilkinson took to Instagram on April 6 to officially confirm that she and Hank Baskett are pulling the plug on their marriage. "Today is the last day of my marriage to this beautiful man," she captioned a photo of them smiling together. "I will forever love Hank and be open but for now we have chosen to go our own ways. I'm beyond sad and heartbroken because i did believe in forever, that's why i said yes but unfortunately too much fear has gotten in the way. We are both amazing parents and our kids will be happy n never know the difference other than seeing mama smile. Sometimes love looks funny. We are told to make sacrifices in life if it's true love well in this case it's me. I want to see happy Hank again… i miss that. Marriage was just a piece of paper and a piece of jewelry but our hearts will always be real. U will prob see us together a lot but it's because there's no hate. Love wins in this case it's just looks a little funny. Thank you Hank for a beautiful 8 years of marriage and 2 beautiful kids. I feel so thankful and blessed." Earlier in the week, the reality TV star alluded to the breakup on her social media channels. Reports that the couple of around a decade were headed for a split first kicked off in late March.

Hopper Penn, the son of actors Sean Penn and Robin Wright, was arrested in Nebraska on April 4 after police allegedly found 14 grams of marijuana, four amphetamine pills and three grams of psychedelic mushrooms in his possession. Hopper was with actress Uma von Wittkamp, who was also arrested on drug charges, when their vehicle was pulled over for failing to signal, TMZ reported. During the traffic stop, the officer detected drug activity and searched the car. Hopper was released on bond on April 5.

"Elevated" but all good

Shannen Doherty is still in remission and in the clear in regards to her cancer. There was a bit of confusion this week after some media outlets claimed that her cancer was back. The whole thing started after the "Beverly Hills, 90210" star said on Instagram that her tumor marker test came back "elevated." After getting some more informed opinions, she took down her Instagram post and shared a new one, this time giving fans more accurate information. "I spoke to my doctor this morning, who was not the one who gave me the results yesterday, and my PET scan is all clear, so I am still in remission," she said on April 4. "In the future I will be more responsible and do more research. I didn't know a lot about tumor markers at the time when I posted yesterday but the test that came back slightly elevated is not even specific to my cancer." The "cancer slayer," as she calls herself, then thanked everyone for their continued support.

Blac Chyna got into a bizarre fight at a Six Flags amusement park on April 1 after, she claims, someone touched her daughter, Dream Kardashian. Video of the incident shows Chyna throwing her daughter's pink stroller around like a weapon. Somewhere along the way, someone called Chyna a "hood rat." After videos surfaced, Chyna defended her actions. "Being famous is hard enough dealing with scrutiny but when someone feels comfortable to come and touch your child it's a whole other story," she said. "I do not condone violence nor am I a violent person but shout out to all of the amazing mothers out there that will protect their children at all cost." Dream's daddy, Rob Kardashian, was less than pleased about the outburst. TMZ said he plans to file legal documents asking for a hearing to set clear rules for Blac Chyna including what she can and can't do with Dream in the vicinity. While he's in court, Rob plans to ask for a massive reduction in his $20,000-a-month child support payments too, the report alleges.

Ronnie Ortiz-Magro is a dad? He "shore" is. The "Jersey Shore" star became a father on April 3 when girlfriend Jen Harley gave birth to their baby girl. "He's over the moon," a source told E! News. Ronnie skipped the London premiere of "Jersey Shore Family Vacation" with his co-stars to be with his lady for the birth. "Halfway through the flight this weekend, he found out his pregnant girlfriend Jen Harley's water broke," a source told Page Six. "The second he landed in London he turned right back around to his home in Vegas to be with her. The cast was so excited… they were hugging him at the gate."

Ruby Rose and her girlfriend of two years, The Veronicas rocker Jess Origliasso, are dunzo after two years of dating. There had been speculation for months that the two had split, as Jess unfollowed Ruby on social media in December 2017. Ruby also deleted all her Instagram photos of them together. "I've shared the past two years learning and sharing my life with an amazing human being. An experience for which I am very blessed. Breakups are always incredibly hard on the people involved but I can only be grateful for the experiences we shared," Ruby wrote on Twitter on April 1. "It's with a heavy heart to share that Jess and I parted ways a few months ago. We still love each other very much and I will always support her and be her biggest advocate. With love x." She later added, "I understand it's 'April 1st' but I would never use something so personal as an April fools joke."

Tyrese Gibson and his wife, Samantha, are about to embark on parenthood together: They're expecting a baby girl this fall. The actor told People magazine, "Both of our love and energy and magic and families are bonded forever because we're going to have this child. It's unbelievable." Samantha is in her second trimester. He said they plan to raise their daughter in Georgia inside the same home that they got married in last year. Tyrese also has a 10-year-old daughter, Shayla Gibson, from his first marriage. 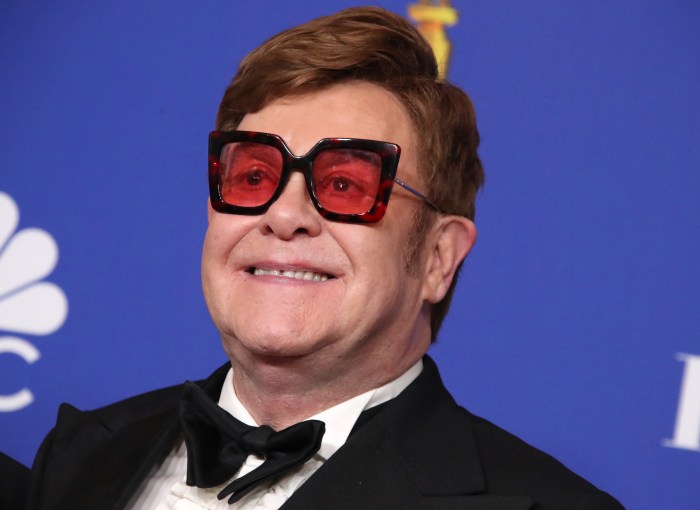