Luke Wilson is being hailed as a hero this week after he pulled a woman — who, like him, had just been involved in a fatal car accident — from her wrecked car that had started smoking. According to Los Angeles news affiliate KTLA, Luke was driving when a Ferrari sideswiped his SUV then collided with a BMW. Luke, who was unharmed, got out of his car and ran to help the driver of the BMW, as she was stuck in the flipped car, her leg pinned near the dashboard and steering wheel. A witness told People magazine, "I reached in through a window to calm her down. Luke went around the back, to the trunk of the car. We pried it open. She was able to unbuckle herself and Luke started to pull her out from the back. We then both carried her to the curb." The driver of the Ferrari was pronounced dead at the scene.

Say it ain't so

On Feb. 15, 2018, Jennifer Aniston and Justin Theroux announced that they've separated after two and a half years of marriage — and after nearly seven years as a couple. The announcement came after multiple tabloids claimed the duo's relationship was on the rocks. "Normally we would do this privately, but given that the gossip industry cannot resist an opportunity to speculate and invent, we wanted to convey the truth directly," they said in a statement released to the Associated Press by Jen's longtime publicist, Stephen Huvane. "Whatever else is printed about us that is not directly from us is someone else's fictional narrative. Above all, we are determined to maintain the deep respect and love that we have for one another." The split was "mutual and lovingly made at the end of last year," the statement added. Several outlets reported that time apart took a toll on the stars. Several reports also pointed out that hints of a split have been building as Justin was nowhere to be found when Jen celebrated her 49th birthday on Feb. 11 and that she hasn't been seen with him in his beloved New York City since the fall. Us Weekly reported that Jen is planning to sell the stunning Bel Air home where she and Justin married in 2015 and that a fight over money is unlikely. "Jennifer has an ironclad prenup with Justin. It would be very hard for Justin to contest it. The prenup talks before the marriage were long and intense," said a source, adding, "Jen's assets and 'Friends' fortune are protected."

Who saw this coming? Amy Schumer secretly married her beau of just a few months, chef Chris Fischer, on Feb. 13. The ceremony came just two days after she became Instagram official with her man. According to Us Weekly, they tied the knot in a rented Malibu home that overlooks the ocean. After reports surfaced, Amy confirmed the nuptials, sharing several images from the ceremony on Instagram. Photos showed that wedding attendees included Jennifer Lawrence, Jake Gyllenhaal, Larry David and Chelsea Handler. Jennifer Aniston, David Spade and Judd Apatow are also said to have been on hand. Us reported that a comedian officiated the nuptials, and the bride and groom recited vows they'd written themselves. "It was a very chill wedding. It was thrown together last-minute," a source told Us. "Most of the guests found out the wedding was happening on Tuesday from a text message sent out by Amy on Sunday. It was like, 'Hey, this is happening. If you can make it, great. If not, no worries.' People were in and out all night. It was a gorgeous day. Everyone was having a good time."

RELATED: Funny females who are authors

It's over between Bristol Palin and husband Dakota Meyer. After less than two years of marriage, the couple called it quits because they just can't get along. TMZ first reported the news, revealing that the "Dancing With The Stars" alum and her military man, who share two children, were no longer living together and no longer following each other on Instagram (a very millennial way of letting everyone know a relationship is over). Neither had been wearing their rings in recent social media pictures, and neither had been seen on each other's social media pages of late either. The next day, it was discovered that Dakota filed for divorce on Jan. 29 in Austin, Texas. "The marriage has become insupportable because of discord or conflict of personalities between [Dakota] and [Bristol] that destroys the legitimate ends of the marriage relationship and prevents any reasonable expectation of reconciliation," he said in the divorce documents.

You again? Katy Perry and Orlando Bloom are dating again, according to a Feb. 12 report. "They're back on," a source told Britain's The Sun. "Katy wants to make things work this time around. She tried, but she couldn't cut him off. She cares too much about him. This time, they're keeping things low key — but they're back together." There is some credence to the report. The two both vacationed in the Maldives at the same time recently. They have both been liking and commenting on each other's Instagram photos of late too. Also, when they split in February 2017 after about a year of dating, friends implied that no one would be surprised if Katy and Orlando got back together.

Ed Sheeran might be providing the soundtrack at the royal wedding in May. According to a report from "Entertainment Tonight," Ed has been asked to perform a few songs for Prince Harry and Meghan Markle (and he probably has the, ahem, perfect song). Last year, he was asked if he would be willing to perform at the wedding, to which he replied, "if I was free." If he does take the stage, it's not like he'll be singing for an old friend. "I get asked this all the time like I know the royal family. I've met Harry once!" he said last year. "[And] that was in 2011 at his gran's Jubilee, and it was like, 'Hey.' 'Hey'… I barely know him!"

Is Cardi B pregnant? On Feb. 14, TMZ published a story claiming that the rapper's team is telling people she's expecting. In fact, Cardi — who's engaged to Migos rapper Offset — reportedly only drank water at a recent Super Bowl party. The story indicates that Cardi is three to four months along. Days earlier, Cardi took to Instagram to claim, "I'm just getting fat. Let me fat in peace." If she is pregnant, it's been reported that she could be missing out on boatloads of cash from endorsement deals.

Jeremy London is getting too familiar with a jail cell. The "Party of Five" star was arrested in Mississippi on Feb. 11. It was his second arrest in 10 days. Jeremy was booked into the Jackson County jail for missing a hearing stemming from a lawsuit. Due to the no-show, the judge issued a warrant and Jeremy was tracked down shortly after. Jeremy was previously arrested on Feb. 2 for misdemeanor domestic violence following an incident with his wife, Juliet London.

Nelly is being accused of sexually assaulting two women in two separate incidents while he was on tour in the United Kingdom. The Blast reported on Feb. 13 that the rapper has been accused of sexually assaulting a woman on June 9, 2016, after a show in Birmingham, England. The woman, a member of the U.S. military stationed overseas, claims she was invited to Nelly's dressing room with other fans but was then taken to a separate room. According to her court documents, she said Nelly placed his hand on her leg and then moved it up her skirt. She said she "firmly took Nelly's hand, removed it from under her skirt and pushed it back down to the side of his leg." She said Nelly blocked her from leaving as well, but that she was able to flee when security came in. Nelly is also being accused of assault by another woman, also in Britain. In that instance, which allegedly happened in December 2017, Nelly is said to have invited her to his dressing room with her friends. He then took her into a separate room. The woman alleged that he soon dropped his pants and began masturbating in front of her, TMZ reported. She also claimed that he tried to take her shirt off and that at one point, the rapper tried to force her to give him oral sex, but she fled the room, TMZ added. Nelly's attorney implied that the cases are an attempt at a shakedown. The allegations come four months after Nelly was accused of raping a woman in Washington while on tour. However, authorities declined to pursue a case against him after the alleged victim declined to cooperate.

Lena Dunham revealed she's quietly undergone a hysterectomy in which her cervix and uterus were removed, the result of enduring "years of complex surgeries measuring in the double digits." Lena, 31, wrote in Vogue about her decision, saying that she's dealt with multiple medical issues for years. "In addition to endometrial disease, an odd hump-like protrusion and a septum running down the middle, I have retrograde bleeding, a.k.a. my period running in reverse so that my stomach is full of blood," she wrote. "My ovary has settled in on the muscles around the sacral nerves in my back that allow us to walk. Let's please not even talk about my uterine lining. The only beautiful detail is that the organ — which is meant to be shaped like a light bulb — was shaped like a heart." 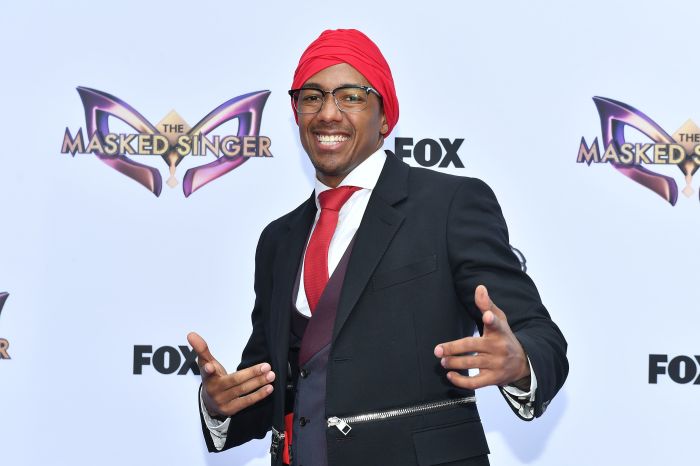 Up Next Backlash & Support

As 'Clueless' turns 25, find out what its stars are up to now

Alessandra Ambrosio takes her dogs for a walk, plus more pics you have to see