Judge John W. Ouderkirk, the judge handling Angelina and Brad Pitt's divorce, has formally denied Angelina's claim he's biased in Brad's favor due to business relationships with Brad's lawyers, ET reports. The stars are using a private judge to handle the remaining matters in their split, including the custody of their six children. Angelina previously filed documents claiming Brad's attorneys should have disclosed their other working ties to the judge. She's pushed in court documents for the judge to be disqualified. Brad's team responded to her request to have him removed by calling the move an attempt to delay the finalization of the divorce, which has dragged on since 2016. Despite the judge's assurance he can and will remain impartial, an insider recently told Us Weekly the divorce proceedings are now "at a total impasse" with "no end in sight." Multiple outlets reported this week that Brad's currently dating German model Nicole Poturalski.

Happy birthday, Daisy Dove! After Katy Perry and Orlando Bloom announced the birth of their first child together early Thursday morning, telling the world, "We are floating with love and wonder from the safe and healthy arrival of our daughter," a host of the couple's famous friends congratulated them on their new addition. "Yay!!! Congratulations so happy for you guys," wrote "Stranger Things" star Millie Bobby Brown wrote in the comments. Justin Theroux chimed in, too, commenting: "DAISSSSYYYY!!!!! WELCOME!!!! ❤️❤️❤️ and Love to both Mama and Papa." Josh Brolin also sent his love with a heartfelt, "Yes!!!!! Congratulations @katyperry & @orlandobloom ❤️❤️❤️❤️❤️💪." Even Orlando's ex, Miranda Kerr, sent her congrats, telling the couple, "I'm so happy for you guys" and saying she "can'y wait to meet" Daisy. In their birth announcement, Katy and Orlando, who are both UNICEF goodwill ambassadors, included a request to fans and loved ones to consider supporting the organization's efforts to ensure "every expecting mother has access to a trained health worker and access to quality healthcare," as they noted many mothers are not lucky enough to have. "In celebration of the heart we know our daughter already has, we have set up a donation page to celebrate DDB's arrival," the couple wrote, directing users to the link in their Instagram bio. "By supporting them, you are supporting a safe start to life and reimagining a healthier world for every child." Daisy's birth comes just one day before the release of Katy's new album, "Smile," which Page Six reminds us includes a single called, appropriately, "Daisies."

When the coronavirus outbreak first started impacting Wuhan, China and Europe, Kate Winslet shifted into the same gear she'd used while filming "Contagion" — wearing a mask, wiping surfaces down with sanitizer and keeping her distance from others. She was in Philadelphia at the time, shooting a new film, and as she recently told THR, the ability to jump into emergency mindset was helpful. She's due back on set in Pennsylviania next month and while strict safety protocols will be involved in the shoot, Kate knows social distancing won't always be possible. It certainly wouldn't have been for her love scenes with Saoirse Ronan in "Ammonite," due to premiere Sept. 11 at the Toronto Film Festival. The most explicit scene in that film is already getting attention — and Kate's proud to share that she and her co-star designed every move they make during it. "Saoirse and I choreographed the scene ourselves," Kate says. "I just think Saoirse and I, we just felt really safe. [Director] Francis [Lee] was naturally very nervous. And I just said to him, 'Listen, let us work it out.' And we did." Kate recalled how she and Saoirse planned exactly when, where and how to kiss and touch one another, from the beginning to the end. "I mean, we marked out the beats of the scene so that we were anchored in something that just supported the narrative," she explains. "I felt the proudest I've ever felt doing a love scene on 'Ammonite.' And I felt by far the least self-conscious." She also notes she has no problem with the movie's premiere taking place virtually. "I can be barefoot and I don't have to put a dress on and feel sick. So it's awesome," she says. "I can have my glass of wine just out of frame," she adds. Then, moving her "tea" mug closer to the video chat, she laughs and says, "…just like that."

Thandie Newton was 'surprised' by the support she got after speaking out about Tom Cruise, Amy Pascal

After Thandie Newton spoke candidly to Vulture about working with Tom Cruise and Amy Pascal last month, she never expected support. In the interview, Thandie divulged Tom's on-set Scientology proselytizing and shared some of the ways working with him left her "in a place of terror and insecurity. She also shared some of the comments Sony's Amy Pascal had made to her during a "Charlie's Angels" audition that had heavily racist overtones, among other things. "I was surprised by the appreciation I had got," Thandie, 47, said on Variety's "The Big Ticket" podcast on Wednesday. "I thought that I would be in trouble because that's kind of what I'm used to." So why did she say anything at all?"I have nothing to lose because I could just then not get hired, which is kind of normal for people in my generation anyway," Thandie explained. "It's about that this is the reality of what people face," she later added. "I just happened to be an older woman who has recognized that knowing the truth and speaking the truth has benefited me … a lot more than being silenced or seeing people silenced around me." She also said she has not heard from Tom or Amy since the interview was released.

Beyonce and Jay-Z's Hamptons hang with Twitter CEO Jack Dorsey continues. After the power couple was spotted aboard a yacht with their twins and new pal this week, Jay stepped out for a stroll in East Hampton, New York, Wednesday, with Jack and his Roc Nation co-founder Tyran 'Ty Ty' Smith. While Jay walked and talked with his friend and colleague, Beyonce took her youngest daughter, Rumi, to the waterfront, presumably to the boat the family's been enjoying this summer. Jack, who reportedly donated $10 million to Jay and Meek Mill's prison reform group Reform Alliance in May, has been on a samaritan mission of sorts this year, and has also worked with Beyonce and Rihanna's foundations.

This week, William S. Preston and Ted Theodore Logan return to their time traveling phone booth in "Bill & Ted Face the Music," but in some ways, they never really left it. As Keanu Reeves and Alex Winter shared with People this week, 1989's original "Bill & Ted's Excellent Adventure" left them with fans around the world who can't help but reciting lines like, "be excellent to each other," when they spot one or both of them out and about. "I've been chased down the street by an entire frat house," admits Alex, 55. "But the Bill and Ted notoriety comes coupled with so much joy from people when they recognize you. They're always happy." He and Keanu, 56, because close friends while making the movie and have stayed that way. So reprising their roles — this time as "middle-aged dads struggling with their marriages and careers," according to People — has been a different experience than making the original or its sequel."It was really fun doing Bill and Ted in couples therapy," jokes Keanu. Despite their age, Alex says people still regularly "flip out and chase us down the street playing air guitar." But he's heartened to see that much younger kids are interested in the franchise. "They've been turned on to the films by their parents or seen them on TV," Alex explains, "and the joyful connection they have to the characters is pretty awesome." "Bill & Ted Face the Music opens in theaters and on demand Friday.

On Sunday — between the weeks that saw the Democrats and Republicans stage their respective National Conventions — a Kenosha, Wisconsin Police officer Rusten Sheskey shot a Black man named Jacob Blake seven times in the back as he leaned into his car, where his children were sitting. The shooting sparked a new wave of outrage about racial injustice, particularly in the sports world, where the Milwaukee Bucks' playoff game boycott graduated into a league-wide playoff postponement, plus canceled games for the WNBA, Major League Soccer and Major League Baseball. "I say bravo. I think is is a moment to take a stand," Tracee Ellis Ross, a host at last week's DNC, told James Corden Wednesday on "The Late, Late Show" (via AOL).
"The truth is, it is not just in response to Jacob … it is one of the most American things you can do, use your voice, take a stand. and I think all of us need to," she continued. "This is a moment for the collective voice, for off us saying it is enough. I think we have to be honest and clear about what it is, and not normalize it. That's one of the reasons I think the NBA using their voice in that way, like yes, bravo," she continued. "We must continue to do this because we refuse to go back. We have to continue pursuing justice and safe society and a place where you can be at home in your bed and you are safe." She also reminded viewers that creating that kind of change, "requires all of us collectively to use our voices, our hands." And vote on Nov. 3, she added. "Jacob is your brother as he is my brother. We cannot disregard for human life or Black humanity, Black bodies, Black life, to be brutalized and violently disregarded in that way," Tracee said. "And if we all don't stand up it won't change."

Prince Harry and Megan Markle's Sussex Royal brand is now the MWX Foundation, Page Six reports. The pair previously agreed to remove "royal" from various branding platforms after they stepped back from the royal family to pursue a more independent life together in North America and the U.K. Though their new venture was set to start April 1, the Daily Mail reported the official change this week, citing documents confirming the new foundation name, which Megan and Harry registered on Aug. 5. MWX is thought to stand for "Markle Windsor Foundation." The official change comes after an initial attempt to register the new brand name was pulled as some directors stepped down, according to Page Six. Megan was reportedly among them, suggesting the hesitation was not about a lack of support for the couple's charitable goals.

As the former cast of "Glee" continues to mourn Naya Rivera's death, the late actress' former costar, Amber Riley, plans to get some of her emotions out through music. On Thursday, Amber announced on Instagram that she'd be performing a "tribute performance to Naya Rivera on Jimmy Kimmel Live!," later that evening, adding that her appearance will also involve a "special announcement," though she gave no indication of what that would be. Naya, 33, drowned while boating on Lake Piru in California earlier this summer. 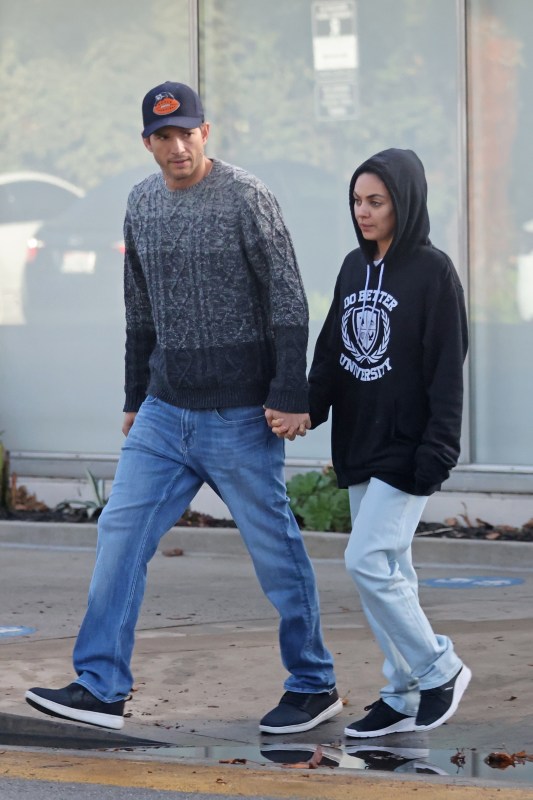