You know what they say — age is just number — and that couldn't be more true for many celebrity relationships. In celebration of supermodel cougar Heidi Klum's 45th birthday on June 1, 2018, Wonderwall.com is taking a look at some of the famous women who've romanced younger men, starting with Heidi. In early 2018, the gorgeous "America's Got Talent" judge started dating 28-year-old German rocker Tom Kaulitz, who's more than 16 years her junior. But the age difference hasn't stopped them from loving and laughing one bit. (Heidi's also 13 years older than her previous boyfriend, art dealer Vito Schnabel.) Keep reading to see what other female stars have dated or married younger men…

Cheryl Cole and her boyfriend, Liam Payne, are 10 years apart. The 34-year-old "X-Factor" judge and the 24-year-old former One Direction singer started dating in 2016 and welcomed son Bear together in 2017.

Gabrielle Union is almost a decade years older than her NBA star hubby, Dwyane Wade. The 45-year-old actress and the 36-year-old basketball player began dating in 2009 and married in 2014.

"Pitch Perfect" star Anna Camp, 35, is five years older than her co-star and husband, Skylar Astin, 30. The couple began dating in 2013 after meeting on the set of the comedy and married in 2016.

Susan Sarandon had everyone talking when she began dating Jonathan Bricklin, one of her partners in her SPiN table-tennis clubs, as he's 31 years her junior. The couple dated for six years before calling it quits in 2015. (She's also 12 years older than ex-partner Tim Robbins.)

Pop icon Madonna has dated her share of younger men including Jesus Luz, Brahim Zaibat, Timor Steffens and Aboubakar Soumahoro — all guys who were in their 20s when she was in her 50s. The 59-year-old pop star was most recently linked to model Kevin Sampaio, 31. Even ex-husband Guy Ritchie was 10 years her junior (first ex-husband Sean Penn was two years younger than her).

It's the relationship that started the Hollywood cougar media craze! Ashton Kutcher was 25 and Demi Moore was 41 when they met in 2003. The couple was very much in love when they got married in 2005, but they ended up divorcing in 2013.

Julianne Moore is nine years older than her hubby, Bart Freundlich. The 57-year-old actress and the 48-year-old director began dating in 1996 and married in 2003 after welcoming two children together.

Years after losing her first husband to colon cancer, Katie Couric found love again with banker John Molner, who's six years her junior. The couple married in 2013 after a two-year relationship.

Hugh Jackman and his wife, former actress Deborra-lee Furness, are a perfect example of ageless love. The 49-year-old actor began dating his 62-year-old "Correlli" co-star in 1995 and they tied the knot in 1996. They have since welcomed two children together and celebrated their 22nd wedding anniversary in 2018. "I believe in life we need to see and truly be seen by the most important people in our lives," Hugh wrote on Twitter, marking the occasion. "Deb, from day one, we had that. 22 years later … it only gets deeper. You and the kids are the greatest gift I will ever receive. I love you a gazillion times around the world." Swoon!

Eva Mendes is six years older than partner Ryan Gosling. The 44-year-old actress and the 37-year-old Academy Award nominee began dating after sparks flew on the set of "The Place Beyond the Pines" in 2011. The couple have since welcomed two daughters together.

Cameron Diaz is no stranger to dating younger men. The 45-year-old actress famously romanced Justin Timberlake, who's eight years her junior, before tying the knot with Benji Madden, who's seven younger than her, in 2015.

Geena Davis began dating craniofacial surgeon Reza Jarrahy, who's 15 years her junior, in 1998. "The amazing thing is, when we started to spend more and more time together, there wasn't anything about our age difference that stuck out," she told Good Housekeeping in 2006. "It wasn't like I was sitting there saying, 'What do you mean, you don't know who the Beatles are?' It doesn't feel like we're from different generations, and now we barely notice it at all." The couple, who have three kids, married in 2001. Reza filed for divorce in 2018.

Lisa Bonet is 12 years older than her hubby, Jason Momoa. The 50-year-old actress and the 38-year-old actor married in 2017 after 12 years and two children together. Jason opened up about marrying his celebrity crush on "The Late Late Show With James Corden." "Ever since I was like, 8 years old and I saw her on the TV, I was like, 'Mommy, I want that one… I'm a full-fledged stalker," he joked. "I didn't tell her that until we had two babies, otherwise, I'd be creepy and weird. But yeah, [I'd] just always wanted to meet her. She was a queen, always."

Younes Bendjima and Kourtney Kardashian are 14 years apart but that hasn't stopped their love. The 39-year-old reality TV star and the 25-year-old boxer-turned-model began dating in 2016, a year after Kourt split from baby daddy Scott Disick (who is four years younger than her).

Jennifer Lopez is head over heels for boyfriend Alex Rodriguez, who's six years younger. The 48-year-old entertainer is no stranger to May-September romances, however, having previously dated 31-year-old dancer-choreographer Casper Smart for five years.

Academy Award winner Allison Janney, 58, caught the attention of fans everywhere when she brought her production coordinator boyfriend, Philip Joncas — who's reportedly 20 years her junior — as her date to the Emmys in 2015.

Robin Wright and Ben Foster are 14 years apart but that didn't stop their love from growing. The 52-year-old actress and the 37-year-old actor were engaged on-and-off for three years before calling it quits for good in 2015. In late 2017, Robin reportedly married French fashion executive Clement Giraudet — who's also younger than her — after a whirlwind romance. 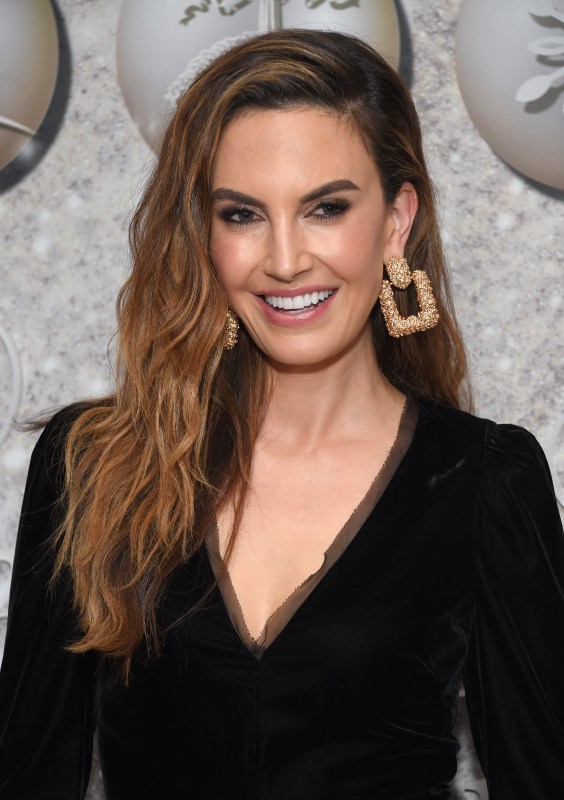