Blac Chyna's plan to take down the Kardashian-Jenner clan in court for allegedly sabotaging her reality show, "Rob & Chyna," and damaging her brand has hit a snag. TMZ reports the judge handling Chyna's lawsuit against Kim Kardashian and Kris Jenner has dismissed Kim and Kris from the case. The judge decided Chyna's claim Kim and Kris meddled with her E! contract didn't hold water because Chyna was still negotiating the terms of the contract at the time. "There was no enforceable contract to have a second season. When there's no contract, Blac Chyna did not have a right to have a second season," the judge said, according to People. "This was their attempt to have some of the issues dismissed because they alleged we didn't properly plead them," one of Chyna's lawyers later told the press. "So the judge gave us leave to amend, which means the judge is allowing us to do another version of the complaint to add some allegations. [The Kardashians] will then probably come back and say it's still not sufficient and we'll probably be back and argue it again." In the meantime, Chyna's still suing her ex Rob for the show's failure to make it pst one season. His defense has been that the restraining order Chyna prevented them from being able to continue with it. Chyna's original court papers called Rob "an abuser intent on destroying" Chyna for leaving him. "In revenge, the Kardashian-Jenner family became media predators, slut-shaming her on social media and killing her hit television show, which had already begun filming a second season," the papers said, according to People.

Behold, a royal wedding cake made of various kinds of cheddar and Red Leicester cheese rather than flour, butter, eggs and sugar. During Prince Harry and Meghan Markle's vist to Wales this week, the engaged couple was presented with the layered cake, which had a sign on top that said "congratulations." "Oh my goodness," Meghan exclaimed upon seeing it, according to People. How sweet is that?" In fact, it's not sweet at all. People reports the cake contained "Black Bomber, an extra mature cheddar; Red Storm, a vintage Red Leicester; Beechwood, a smoked cheddar; and Green Thunder, a cheddar with garlic and herbs." Simon Mercer of the Snowdonia Cheese Company explained: "We made it for them. It's to celebrate their wedding and to offer our congratulations to them." The trip to Wales marks Meghan and Harry's first official visit there as a couple.

In posts that have since been removed from Instagram and Twitter, Lucy Hale appeared to have revealed she was sexually assaulted. "I never understood sexual assault until tonight," read the Thursday, Jan. 18, post, which Us Weekly captured in a screenshot. "I always sympathized, but never felt the pain of it until right now. My dignity and pride was broken. I am completely at a loss of words," she continued. "I feel for anyone that has felt this pain that I feel right now. But I promise. I will not let a moment go by that I don't try to make a difference." She seemed to waiver on her decision to the share the information and late tweeted a screenshot of the Instagram version, writing, "I deleted it from Instagram. But this needs to be heard." Fans were quick to support the "Pretty Little Liars" star. "My heart has just broken… You don't deserve this," wrote one person in the comments. "Thank you for being brave enough to speak up, you're strong!"

So the Internet has figured out that Millie Bobby Brown resembles a younger Natalie Portman and people are losing their minds. The Huffington Post noticed this week that a slew of posts had surfaced showing pics of the "Stranger Things" star alongside photos of her 36-year-old, apparent doppelganger with captions ranging from contemplative ("Omg natalie portman and millie bobby brown do look the same") to desperate ("I NEED ANSWERS") to borderline paranoid ("Millie Bobby Brown is a Hollywood clone of Natalie Portman: A Conspiracy Theory Thread"). Alas, neither actress has chimed in on the phenomenon. Probably because they're too busy plotting the path to world domination for their army of petite-statured, doe-eyed brunettes with creamy complexions.

Guess which other co-stars have been sharing the workload for a show — and getting paid differently for it? A report from a recent Time's Up meeting revealed Tracee Ellis Ross is being paid "significantly less" for "Black-ish" than Anthony Anderson. According to The Hollywood Reporter, the pair's salary gap was discussed for a long portion of the meeting, as was Tracee's potential plan to do fewer episodes so she would be able to make up the difference with other work. A source at ABC told THR Anthony was likely being paid more because he's an executive producer on the series and was working on it longer than Tracee. As far as actual camera time, however, both actors have appeared on the show since the pilot in 2014. The news comes on the heels of the revelation that Mark Wahlberg made nearly 10 times overall what Michelle Williams earned for their recent film, "All the Money in the World." He was also reportedly paid $2 million for reshoots for the film, while Michelle made $80 a day.

Turns out Tom Hardy had a secret rap career in the '90s … sorta. A mixtape landed on Bandcamp.com this month featuring a rapper who went by the name "Tommy No. 1" rapping original lyrics on each of 18 tracks in 1999. Billboard reports the mixtape, "Falling on Your Arse," was "made in a bedroom" and released online by Edward Tracy, aka "Eddie Too Tall," who produced the project for Tom. "I started out rapping when I was 14 or 15," Tom told BBC1 back in 2011. "Because I come from a nice middle-class neighborhood it was a very hard sell. And I wasn't very good!" he admitted. "I used to be with the guy who managed Leela James and Lauren Hill, Pras, the Fugees and all that. I worked out with (Grammy winning producers) Warren Riker and Gordon Williams. I've recorded loads of stuff but it's never been released."

No all-black, Time's Up solidarity gowns here … At the Casting Society Of America's 33rd Annual Artios Awards in Los Angeles on Thursday, Jan. 18, an Erdem, emerald lace-clad Nicole Kidman took the stage to help honor CAA's Kevin Huvane as he was awarded the CSA Lynn Stalmaster Award for Career Achievement. Though we would have had trouble concentrating on Kevin given the peplum situation he was sharing the spotlight with, Variety managed to focus long enough to report that Nicole introduced the agent with a warm acknowledgment of how his work "redefined the way the industry looks at actresses" and helped women over 40 including Meryl Streep, Julia Roberts, Jennifer Lopez and Nicole thrive in their careers despite an industry that favors younger female stars. Geena Davis also spoke at the event, where she urged casting directors to help fix Hollywood's gender imbalance by changing "a few characters' first names from male to female" while going over scripts.

When the 2018 Winter Olympics kick off in Pyeongchang on Feb. 8, Hoda Kotb and Savannah Guthrie will be on the ground in South Korea, covering the games for "Today." Megyn Kelly, however, is skipping the trip so as not to disturb the success "Megyn Kelly Toy" has been enjoying . "The show is experiencing such momentum that it just made sense to keep it in New York with Kathie Lee and Jenna Bush Hager to follow at 10 a.m.," an insider tells Us Weekly. "She was game to do whatever the network bosses felt was best but felt very strongly about staying in New York given the topics her show has been covering. She didn't want to miss out on another big exclusive by being overseas since her show has been leading the way on #MeToo interviews. … Her show notched over 3 million viewers on Monday." Megyn will still contribute to athlete interviews and other Olympics coverage from New York City, according to Us, whose source adds that there's been "zero tension" about the plan. She's also expected to cover Donald Trump's first State of the Union address on Jan. 30.

Hell hath no fury like a "Real Housewife" scorned. Gerard Butler may have learned that lesson this week after Brandi Glanville found out about his televised comments regarding a fling they had in 2011 and hopped on Twitter to respond. "It was kind of a crazy time in my life. Anyway we hung out and had fun and I never saw her again," Gerard told Andy Cohen on the Wednesday, Jan. 17 edition of "Watch What Happens Live." Gerard revealed a TMZ reporter stopped him to ask about his relationship with Brandi, to which he replied, "Who's Brandi Glanville?" according to the Daily Mail. Speaking to Andy, Gerard explained: "Because I didn't even know her last name. So I'm like 'Who's Brandi Glanville?' She got pretty upset about that." Brandi's response? "Let's set the record straight Gerard Butler hit on me at a party Asked for my phone number called me up the next day and asked me out so if he wants to cringe now he can f— off," she tweeted. "Gerard Butler did not no my last name or what I did that is true but he hit on me and asked me out end of story.Moving on," she added, adding, "I'm sorry but when you meet someone that clearly doesn't know who you are, are you suppose to be a d— and say bye I'm famous????"

Jesse Williams isn't coming out ahead in legal matters lately, either. Following his ex, Aryn Drake-Lee's request for more spousal support, a judge approved an increase from $33,000 to $50,000 per month. According to TMZ, Aryn gets half of the residuals from Jesse's projects between September 2012 and April 2017, including "Grey's Anatomy" as well as a $50,000 advance for divorce-related legal fees. Aryn is reportedly responsible for paying the mortgage and other costs associated with the family home. Last year, TMZ reported Jesse paid Aryn $160,000 in the divorce. 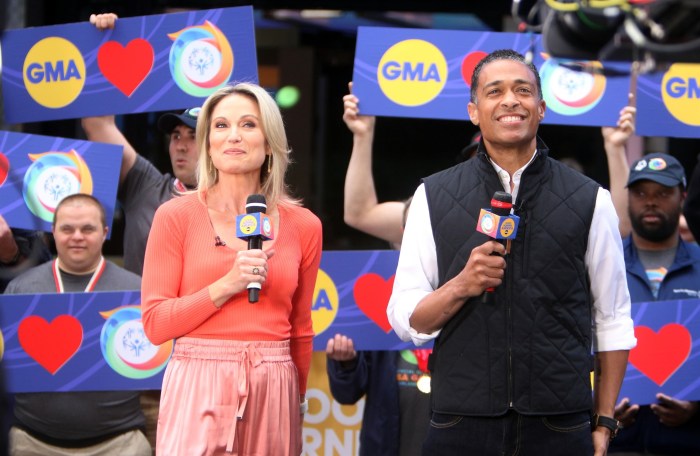