Halloween is a time to get creative, and because celebrities have access to some of the best makeup artists in the business, they always deliver incredible looks during the spookiest time of the year! Join Wonderwall.com as we take a look back at some of the most impressive celeb Halloween makeup looks over the years… The Weeknd donned incredible prosthetics to transform into "The Godfather" crime family patriarch Vito Corleone, as played by Marlon Brando, in this video he posted on Instagram on Oct. 31, 2021.

Adam Lambert wowed with an elaborate King of the Sea look complete with gills on his face and a dyed blue beard as he arrived at Megan Thee Stallion's Halloween party in West Hollywood on Oct. 31, 2021.

Gwen Stefani donned a two-toned wig and some simple but effective makeup to transform into a big cat for Halloween 2021.

Naomi Watts proved great Halloween makeup doesn't have to be complicated. She painted her face black, white and pink on Oct. 31, 2021, captioning this cow costume selfie, "UDDERLY MOOved by HALLOWEEN."

That's Lizzo under all the green makeup, contouring and white eyelashes! The "Good as Hell" singer dressed up as Grogu — aka Baby Yoda from "The Mandalorian" — for a Halloween weekend night out in Hollywood on Oct. 30, 2021, and chronicled her exploits on Instagram.

Singer-model Paris Jackson, the only daughter of the late Michael Jackson, dressed up as artist Vincent van Gogh — copying his brush stroke technique from his famed self-portraits to add a beard to her face — for the "Thriller Night" Halloween Party hosted by her brother Prince Michael Jackson and the Heal Los Angeles Foundation on Oct. 29, 2021.

Heidi Klum, who hosts a star-studded Halloween party every year (aside from during the pandemic), always has one of the most extravagant costumes in Hollywood. Her incredible makeup in 2013 really made her old woman costume look authentic!

In 2019, with the help of celebrity makeup artist Patrick Ta, supermodel Gigi Hadid transformed into one of Hollywood's most recognizable fictional characters: Stanley Ipkiss, aka The Mask! Of course Gigi's look was as glamorous (look at that contour) as it was totally accurate! Who knew The Mask could look edgy?

No, that is not Post Malone. It's actually Rita Ora dressed up like the musician for Halloween in 2018. How epic are those faux tats?!

On Halloween 2020, supermodel Bella Hadid took to Instagram to share this selfie with makeup artist Sam Visser, who helped her bring her costume vision to life: She's a living, breathing piece of Roy Lichtenstein pop art. While Sam handled her face, Bella explained on social media, "wig and clothes [are] styled by me."

Halsey, is that you?! On Oct. 29, 2020, the music star took to Instagram to share the stellar makeup transformation that turned her into Tim Burton's Corpse Bride! From the blue base and intricate contouring to the big eyes and new brows, Halsey masterfully turned herself into Emily (that's right, she did it herself!).

YouTuber Gigi Gorgeous's makeup was designed to create an optical illusion when she closed her eyes, making her look like the cartoon version of Sally from "A Nightmare Before Christmas" (alongside husband Nats Getty as Jack) on the red carpet at the Seventh Annual UNICEF Masquerade Ball on Oct. 26, 2019.

Impressive! For Halloween 2020, The Weeknd fully committed to his costume, donning incredible prosthetics on his face, neck and hands to turn into the Nutty Professor, who was brought to life by Eddie Murphy in the 1996 comedy of the same name.

Woah! Back in 2004, Katie Couric transformed into Donald Trump with the help of some expert makeup and a wig for the "Today" show Halloween episode.

For Halloween 2020, Kendall Jenner pulled out all the stops and flawlessly transformed into Pam Anderson in the 1996 cult classic film "Barb Wire." Kendall's makeup channeled the decade perfectly — from Pam's frosted lips to ultra-thin brows.

For Halloween 2019, Demi Lovato channeled famed Queen of France Marie Antoinette! "Halloween round 1… I told y'all I don't play on Halloween!! It's my time to shine," the pop star captioned this regal snap.

When Rihanna hit the streets of New York City dressed as a Teenage Mutant Ninja Turtle in 2014, she didn't just pop on a mask. The superstar opted for green body paint all over. Well done, RiRi!

Joey King, is that you?! For Halloween 2018, the actress transformed herself into a seriously spooky fictional character: Lord Voldemort from the "Harry Potter" film franchise. She nailed this look!

Emily Ratajkowski painted herself yellow when she dressed up as Marge Simpson for Heidi Klum's Halloween party in 2015.

Khloe Kardashian became the superhero of our dreams in 2016 when she transformed into Storm from "X-Men." From her icy gray hair to her metallic makeup, we'd say KoKo nailed this one.

The resemblance is uncanny! For Halloween 2019, Kourtney Kardashian channeled one of music's biggest names: Ariana Grande. From her winged eyeliner and highlighted cheekbones to her high ponytail, hair jewelry and babydoll dress, we think Kourtney really delivered.

While Kylie Jenner didn't dress up as a spooky character, we can't help but fawn over her sultry eye look here. For Halloween 2016, the makeup mogul and reality TV star donned colored contacts and channeled Christina Aguilera from her "Dirrty" music video. From the smoky eye to the glossy lip, Kylie looked straight out of the early aughts.

For her annual Halloween party in 2018, model Heidi Klum was transformed into Princess Fiona from the "Shrek" film franchise. The resemblance is uncanny!

In 2018, then-couple The Weeknd and Bella Hadid made a splash in their costumes. The Weeknd donned an epic Beetlejuice look while Bella nailed Lydia Deetz. However, in terms of wild makeup and transformations, The Weeknd wins for authenticity!

Back when they were still an item, Casper Smart and Jennifer Lopez rocked matching Day of the Dead makeup looks during Heidi Klum's annual Halloween party in 2015. Spooky and sexy!

Courteney Cox transformed into the titular possessed doll from the "Annabelle" franchise for Kate Hudson's 2014 Halloween bash. She really nailed it with her impressive makeup!

For Halloween 2018, model Taylor Hill made us incredibly nostalgic with her look when she transformed into Sailor Moon. Her makeup was spot-on!

Kim Kardashian West dressed up as Poison Ivy to host Midori's Green Halloween party in 2011. It wasn't just the wig that transformed her appearance — her green facial appliqués really completed the look!

Amazing what a little lipstick can do to transform your face! Ali Landry simply had to pair red glasses with a bright red lip and voila! We have legendary talk show host Sally Jessy Raphael.

Model Lais Ribeiro turned to makeup artist and body paint expert Floriane David and natural hairstylist Suhailah Wali to transform her into Neytiri, the Na'vi princess from "Avatar," for Marquee New York's Night of the Fallen Halloween party, which she attended with fiancé Joakim Noah, on Oct. 26, 2019. The look took seven hours to complete!

A much scarier clown? Demi Lovato, who shared this selfie of their incredible makeup after transforming into evil Pennywise from "It" for Halloween 2019.

Here's another great Pennywise: JoJo Siwa transformed into the "It" clown for the "Horror Night"-themed episode of "Dancing With the Stars" on Oct. 25, 2021.

Colton Haynes takes Halloween very seriously: In 2014, he transformed into an ultra-realistic Princess Fiona from "Shrek" with the help of face and neck prosthetics and green body makeup.

Amanda Kloots transformed into the Jigsaw Killer from the "Saw" movie franchise for the "Horror Night"-themed episode of "Dancing With the Stars" on Oct. 25, 2021.

We all know that Heidi Klum is the queen of Halloween. But would you have recognized her walking down the street in this ensemble? Between the mask, makeup and claw hands, Heidi was the perfect werewolf from Michael Jackson's "Thriller" video. She can really be anyone she wants to be!

Heidi Klum went as a beautiful blue Technicolor butterfly during her 2014 Halloween bash.

Heidi Klum knows how to dress for Halloween! For her annual party in 2015, the German supermodel flawlessly transformed herself into cartoon character Jessica Rabbit. She also performed Jessica's noteworthy song from "Who Framed Roger Rabbit" for her party guests.

During Heidi Klum's annual Halloween party in 2011, the supermodel undressed to impress as a skinless body she dubbed "Visible Woman." She pulled off this terrifyingly realistic costume thanks to body paint and impressive makeup magic.

An unrecognizable David Arquette really went all-out during Adam Lambert's Halloween party in 2013. His makeup sure helped transform him into a convincing Bozo the Clown.

Childhood dreams come true! Singer-songwriter-rapper Justine Skye clearly grew up watching one of the early aughts' quintessential cartoons. For Halloween 2019, she transformed herself into Shego from "Kim Possible." From her luscious locks to her cool-toned makeup, Justine flawlessly channeled the series' antagonist. "There Shego … 🔥," she captioned the pic on Instagram.

"Ru Paul's Drag Race" alum Shea Coulee knows exactly what she's doing when it comes to flawlessly executing makeup. For Halloween 2020, the stunner dressed up as a devil and urged fans to stay inside amidst the COVID-19 pandemic. "There's nothing more wicked and sinister than ignoring the rising numbers of COVID-19 infections," she captioned this snapshot in part.

For his Halloween party in 2014, Adam Lambert rocked some serious face makeup and prosthetics to transform into a well-dressed werewolf.

How does she make something so spooky seem so cute?! On the scariest day of the year in 2018, Victoria Justice very creatively transformed herself into a living Ouija board! Her look was equal parts playful and chilling.

John Stamos painted his face red and added horns to his forehead to channel the devil during Mike Meldman's Halloween party in 2013. Have mercy!

It's amazing what a little makeup can do! Lisa Rinna's dress and wig were on-point, but it was really her penciled eyebrows and lips that helped her transform into Lucille Ball during the 17th Annual Dream Halloween event in 2010.

A little face paint turned Natalie Morales into Queen Amidala on the "Today" show in 2009.

Shane West was half-skeleton, half-human during Maxim's Halloween Party in Los Angeles in 2016.

Kat Graham dressed up as Jim Carrey's titular character in "The Mask" for Heidi Klum's annual Halloween bash in 2018. From the green face paint to the facial prosthetics, Kat's transformation was simply legendary.

Erin Foster and Sara Foster dressed up like Ivana Trump and Melania Trump at Svedka Vodka's pre-Halloween cocktail event at Beauty & Essex in Hollywood in 2017. While their clothes certainly help, there's no doubt the makeup is what truly completed their transformations!

While we're not quite sure which spooky character Rihanna was going for, we can't help but adore her makeup look nonetheless. In 2018, the Fenty Beauty founder was photographed leaving a Halloween party wearing hot pink skull makeup, proving that she can pull off just about any look imaginable.

How cute is she?! In 2019, Hailey Bieber stepped out as Lola Bunny from "Space Jam" — baby pink makeup and all!

Who is she?! Alla Kostromichova's makeup and face paint for Halloween in 2017 radically transformed her into the Queen of Hearts. 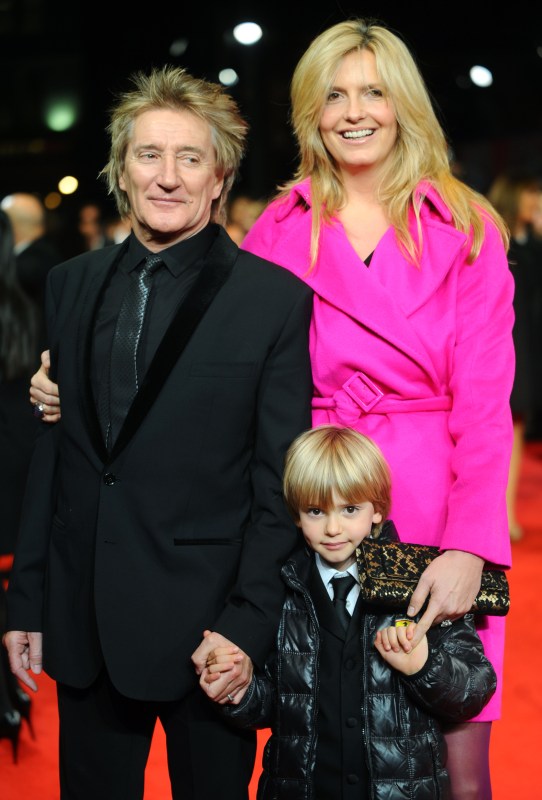