The past week in celebrity news saw a high-profile split and the passing of TV icon at age 80. Meanwhile, a film legend became a single woman at age 79. Who saw this coming? After eight years together, Jane Fonda and music producer Richard Perry have split. Richard confirmed the news to Page Six while adding, "We are still very close." The news comes after the duo put their lavish Beverly Hills mansion on the market for $13 million. "They are selling the house because they will live separately," a source said. "They will still be friends." The couple had been together since 2009.

Erin Andrews secretly battled cervical cancer last year with few people knowing. The "Dancing With The Stars" host revealed the news to Sports Illustrated on Jan. 24. In the interview, she explained that she has now undergone two surgeries and is cancer-free. Erin kept her diagnosis quiet, so the news came as a shock to her friends. "This is the first people are hearing about this," a friend told Us Weekly. "Everyone's super-surprised! Everyone is very relieved she is okay. How scary."

So long, Mary Tyler Moore. The TV legend died on Jan. 25. "Today, beloved icon, Mary Tyler Moore, passed away at the age of 80 in the company of friends and her loving husband of over 33 years, Dr. S. Robert Levine," Mary's longtime rep said in a statement. "A groundbreaking actress, producer, and passionate advocate for the Juvenile Diabetes Research Foundation, Mary will be remembered as a fearless visionary who turned the world on with her smile." Before her passing, reports indicated that she was in "grave" condition at a Connecticut hospital, and that friends and family had been saying their goodbyes for a week.

Scarlett Johansson split with husband Romain Dauriac after just two years of marriage. Reports suggest the actress and Romain have actually been separated since the summer. They have a daughter, Rose, who was born in 2014. "I've been expecting this for some time," a source told People magazine, which broke the news. "Romain and Scarlett has never made sense to me. They aren't equals. There's always been something wrong with this picture."

… and the Oscar goes to…. On Jan. 24, Hollywood was abuzz after Academy Award nominations were announced. If the number of nods are any indication of what's to come on Feb. 26, it could be a big night for "La La Land" (it's up for a record-tying 14 Academy Awards). Stars from all fronts reacted to the nominations. Emma Stone, up for best actress, said, "What a morning." Ryan Gosling, a best actor nominee, said he was "grateful." Best director nominee (and brand-new dad) Mel Gibson said, "What could be more exciting than listening to the nominations being announced while holding my newborn son! This is a truly wonderful honor." Click here to see how Hollywood's biggest and brightest responded to their Oscar honors.

"Shahs of Sunset" star Asa Soltan Rahmati and longtime boyfriend Jermaine Jackson II are new parents! "Asa has delivered her beautiful boy, born on January 20, 2017," a rep for the couple announced. "Both he and mom are healthy. His name is Soltan Jackson." Jermaine is the nephew of Janet Jackson and the late Michael Jackson. He and Asa met in high school. They've been together for six years. "Our lives have completely changed for the better," Asa said of motherhood. "Jermaine and I brought our precious love home last night. Our families are completely overjoyed."

"Flip or Flop" star Christina El Moussa has been less than thrilled with her estranged husband's actions since their secret split last May, including the relationships Tarek El Moussa has had with the duo's nanny and that same woman's friends, according to a new report. "She thinks Tarek is an absolute pig," a source told Us Weekly. Although the former couple still films their HGTV show, they rarely speak off-camera. "The mood differs day to day, but Christina avoids Tarek," the source said, adding that Tarek "does things to piss her off, like bragging loudly about sleeping with girls."

Where do we start here? On Jan. 26, Robin Thicke temporarily lost custody of his 6-year-old son Julian after a judge granted his ex, Paula Patton, a domestic violence restraining order against him, prohibiting the singer from going near her, their son or Paula's mother. As if that weren't enough, she also accused Robin of abuse, infidelity and drug addiction. While all this was going on, Robin's lawyer alleged that Paula is being investigated by the Los Angeles County Department of Children and Family Services for emotional abuse. This is as nasty as they come.

President Trump adviser Kellyanne Conway is a busy woman and has given no indication that she plans to take her brand to reality TV, but there's an open invitation to go there from one of the biggest reality shows on the air. "I'm begging her to just consider a spot on the 'Housewives' [franchise] if she gets bored," Andy Cohen told Seth Meyers. "She'd be amazing!" Andy sees similarities in politics and the Bravo show. "I've been saying for a year — I've been calling all the [presidential] debates 'Housewives' reunions, because they were. There are parallels to 'Housewives' and a lot of things that happened during the election. There are so many." There's room on at least one of the hit Bravo shows should Kellyanne ever tire of the White House: This week, it was revealed that both Heather Dubrow and Meghan King Edmonds are leaving "The Real Housewives of Orange County."

Rudy Huxtable is a mom! Keshia Knight Pulliam, who starred on "The Cosby Show," welcomed a daughter on Jan 23. Her Instagram followers were among the first to know after she shared an image of the little one's feet. "Ella Grace has arrived!!!" Keshia wrote. The newborn's father, former NFLer Ed Hartwell — who has been feuding with his estranged wife and publicly challenged the child's paternity amid their divorce drama — wasn't made aware of the news until after Keshia was already home. 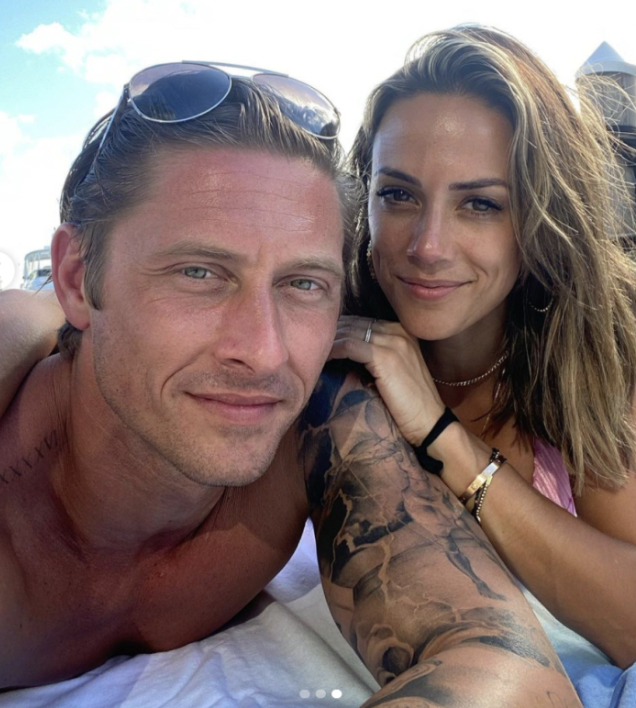 Up Next Bad Behavior