Dear Princess Charlotte's potential suitors: Her grandfather is interested in meeting you.

Paris Hilton is much more covered here than she was in that sex tape.

Antonio Banderas just found out the hard way that his friend had chili for lunch.

Not everyone gets a hug from Rachel Bloom after getting shown the bird.

Not a lot of open doors for Amber Heard these days.

Queen Elizabeth II's reign as monarch is officially in the rearview mirror.

Break out the fava beans and a nice chianti for Kesha.

Yes, you WILL all kiss the ground that Elton John walks on.

Emma Thompson has lost all of her sense… and sensibility.

Despite a monster opening weekend, Jada Pinkett Smith's pants might still be bigger than the box-office numbers for "Aladdin."

Reese Witherspoon is trying to bring duckface back again.

The queen, she's just like us: She wants to show everyone her nails after getting them done.

This is how Nick Jonas and Priyanka Chopra protect themselves from someone dropping another wedding reception on them.

Whitney Port wants you to leaf her alone.

Something tells us Antonio Banderas had caffeine today.

Sting is pretty much us when we say we're only going to have one drink tonight.

Cleary, sleep deprivation is getting to new dad Prince Harry since he thought this was a telephone.

Despite the Hollywood hand and footprint ceremony, it seems that even Keanu Reeves knows that a few of his movies were stinkers.

Order, order! Court is now in session. Calling the State vs. Bill Murray.

This is Kaley Cuoco's reaction to the show that's replacing "The Big Bang Theory" on CBS.

Ivana Trump proudly displays one of her ex-husband's hairpieces.

Now that he's a father, Prince Harry is really downsizing his wardrobe.

This is the last time Rachel Dratch will ever attend a family reunion.

He's right in front of Jennifer Garner and Ben Affleck is cheating on the one true love of his life… Dunkin' Donuts.

Cardi B imports her kisses from France.

Sorry, but Jennifer Lawrence and Cooke Maroney are not the picture-perfect couple we all want them to be.

This is exactly what Blake Shelton looks like after too many drinks.

This is hardly the first snake Paris Hilton has kissed, but all the others were ex-boyfriends.

John Cho isn't really that tall of a guy, but his hair could start at point guard in the NBA.

Chris Martin actually CAN see the forest for the trees.

They've been telling Katy Perry for years that eating fast food will increase her waistline.

Bella Hadid wanted to avoid the paparazzi, but her cover is blown.

"And then I thought about inviting Meghan's half-sister Samantha to the palace for a weekend." —Duchess Kate

Bet you didn't know that Cardi B's dress is what they use to cover the infield of Yankee Stadium when it rains!

Meghan Trainor is every single bettor while watching the aftermath of the Kentucky Derby.

Anyone know how many subway stops Lady Gaga's train makes?

J.Lo with that "when is this week over" look.

Daniel Radcliffe, is that supposed to be a pig? That makes sense — if you can't get an Oscar, go for Oscar Meyer.

Arrrrr! This is your warning not to pirate Madonna's music.

Did you see the contract Ciara's husband just got? No wonder she's comfortable wearing green.

Sutton Foster could prolong her career if she wasn't always so balled up.

Lionel Richie wishes his daughter would sprint away from Scott Disick like this.

Lee Daniels is sweating more than anyone standing in Arya Stark's way.

Think there's any truth to the rumor that Ben Affleck wants to change son Samuel Affleck's name to Simba Affleck?

Katy Perry's wedding dress shopping is off to a rough start.

They say a Mel Brooks autograph is worth the garbage it was written on.

Bad Bunny's been on the verge of blowing up for years.

The Kardashians can't seem to squeeze Jonathan Cheban out of their lives either.

Hopefully, Jacob Pitts can stomach this more than we could all stomach "EuroTrip."

Jaime Camil's career is slip-sliding away.

We've had it wrong for years: Jimmy Fallon and Paul Rudd were actually there the day the music died. 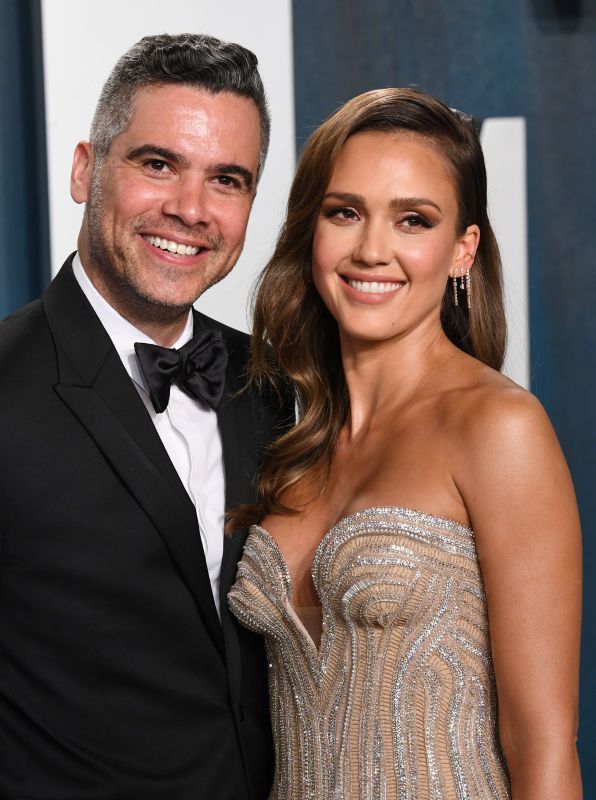