Beyonce and JAY-Z shared at-home video footage of their twins after flashing a decoy photo moments earlier during a concert on June 6. During the first stop of their "On the Run II" tour in Cardiff, Wales, the superstar couple revealed a photo of themselves each holding two babies. The infants were assumed to be their twins, Sir and Rumi Carter, but Beyonce's team later clarified that they were baby models. Later on, video footage showing Bey and Jay's vow renewal gave audiences a peek at the couple's real twins (confirmed by Beyonce's mom, Tina Knowles, on Instagram).

RELATED: ICYMI: The week in music for June 3-9

Drake confirms he has a son

It's true: Drake is a father. Weeks after rapper Pusha T claimed on a diss track that Drake had a son with French former adult film actress Sophie Brussaux in late 2017, Drake himself confirmed the news on several songs on his new double album,"Scorpion," which was released just before midnight on June 29. On the track "Emotionless," Drake reveals, "I wasn't hidin' my kid from the world / I was hidin' the world from my kid." On the track "March 14," Drake raps of Sophie, to whom he was romantically linked in January 2017, "She's not my lover like Billie Jean but the kid is mine / Sandi used to tell me all it takes is one time, and all it took was one time / S—, we only met two times, two times." He also implied he'd met his son only once, over Christmas, but had plans to reunite with him in a few weeks.

In an interview with British Vogue published on June 5, Ariana Grande revealed that she struggles to talk about her post traumatic stress disorder following the 2017 terrorist bombing at her concert in Manchester, England. The pop star explained that she feels guilty discussing her symptoms out of respect for the 22 people killed and hundreds who were injured. "It's hard to talk about because so many people have suffered such severe, tremendous loss. But, yeah, it's a real thing," she said. Ariana also made headlines in June after she got engaged to comedian Pete Davidson after just a few weeks of dating.

Joe Jackson, the patriarch of music's legendary Jackson family, died after a battle with pancreatic cancer on June 27. The 89-year-old father of 11 — including pop icons Michael and Janet Jackson — spent his final days in a Las Vegas hospital surrounded by family members. "This man is and always will be an example or sheer willpower and dedication. He didn't choose the path that was the easiest but he choose the path that was best for his family," grandson Prince Michael Jackson, one of many stars to speak out after Joe's death, wrote on Instagram. "You taught me to take pride in the Jackson name and what it really means, you taught me dedication in the face of adversity and most of all you showed me strength and fearlessness. There is and never will be someone like you. Fly free and until we meet again The Hawk."

A former employee is suing country music star Martina McBride and her husband, John McBride, claiming he was fired after he reported their allegedly abusive behavior involving unpaid interns. Richard Hanson, who headed the couple's internship program until 2017, is seeking more than $1 million in damages, according to documents obtained by TMZ on June 12.

Kanye West is on cloud nine after his newest album, "Ye," debuted at No. 1 on the Billboard 200 albums chart on June 12. It sold 205,000 equivalent album units and all seven tracks debuted in the Top 40 of the Billboard Hot 100.

A documentary interview with David Cassidy recorded before his November 2017 death from organ failure reveals that the former teen idol was still abusing alcohol despite his previous claims to the contrary, according to reports published on June 6. David told family and friends that he stopped drinking following a 2014 trip to rehab but in reality, he never did. According to the documentary, "David Cassidy: The Last Session," he also confessed that he never suffered from dementia, as he'd claimed, and admitted he had liver disease because of his alcohol use. "The fact is that I lied about my drinking," he said. "I did this to myself to cover up the sadness and the emptiness."

On June 27, Gwen Stefani kicked off her 25-date Las Vegas residency show at the Zappos Theater at the Planet Hollywood Las Vegas Resort and Casino, and she did it in style. "Gwen Stefani: Just A Girl" features Gwen's biggest hits as a solo artist and as the frontwoman for No Doubt plus wild sets and multiple costume changes that show her channeling everyone from a cowgirl and a band leader to a Vegas showgirl and her younger rock-star self in a series of designer looks. Boyfriend Blake Shelton was there to lend moral support, while Sin City residency queen Celine Dion, who was away on tour in Macau, sent Gwen a stunning arrangement of red roses on opening night.

This year's CMA Fest was filled with noteworthy moments and fun-filled performances! Among the highlights? On June 10, Luke Bryan stopped singing in the middle of his set to acknowledge his idol, Randy Travis, who was sitting in the front row. Another country music superstar, Blake Shelton, had to restart his set after mic trouble, and Carrie Underwood gave crowds a spectacular rendition of her newest hit single, "Cry Pretty."

Up-and-coming rapper XXXtentacion was fatally shot after visiting a motorsports dealership in South Florida on June 18. The 20 year old (real name: Jahseh Onfroy) was gunned down in his car and robbed as he was leaving. Two days later, police arrested Dedrick Williams of Pompano Beach, Florida, and charged him with first-degree murder. In the wake of the tragedy, XXXtentacion's mother revealed that her son was expecting a baby with his girlfriend when he was killed. His family held an open-casket funeral in late June at Florida Panthers Stadium in Sunrise, Florida.

According to a statement released by the Recording Academy on June 26, the Grammy Awards is going the way of the Oscars and expanding the nominees pool for its most prestigious category, as well as several others. Beginning with the 2019 Grammys ceremony, the record, song and album of the year as well as the best new artist categories will go from five nominees to eight.

Prince fans, get ready for some new music! The late singer's estate announced on June 6 — which would have been Prince's 60th birthday — that it will be releasing a new album of songs Prince recorded at home before he was super-famous. "Piano & a Microphone 1983" will include versions of "Purple Rain" and "17 Days" and be available for purchase on Sept. 21.

Paul McCartney will be dropping his 17th solo album! The Beatles star announced on June 20 that his newest album, "Egypt Station," will be released on Sept. 7 and that he thinks of the project "as a dream location that the music emanates from." Paul made headlines the same week when he appeared on "The Late Late Show with James Corden" in the host's popular Carpool Karaoke segment for an emotional drive around his native Liverpool, England.

Kid Rock has apologized for a 2017 publicity stunt in which he launched a fake Senate campaign. While endorsing Republican Senate hopeful John James in Michigan on June 12, the music star told the crowd, "You know, I was hearing from the White House weekly. There were governors and senators that endorsed me. There were people that wrote me letters from all over… So to those people, I apologize."

Michael Jackson's music will soon be making its debut on Broadway. The King of Pop's estate and Columbia Live Stage announced on June 19 that a new musical inspired by Michael's life is in development. The untitled project is expected to open in 2020.

Janet Jackson spoke out about her battle with depression and low self-esteem in a letter to fans that appears in the July/August 2018 issue of Essence magazine, which was released on June 20. "I struggled with depression. The struggle was intense," the singer wrote. "Low self-esteem might be rooted in childhood feelings of inferiority. It could relate to failing to meet impossibly high standards. And of course there are always the societal issues of racism and sexism. Put it all together and depression is a tenacious and scary condition. Thankfully, I found my way through it."

Paul Simon's final concert to be held in Queens

On June 20, Paul Simon announced when and where he will take the stage for the last time. The singer — who said he will retire from touring at the end of his farewell tour — will perform his final concert on Sept. 22 at Flushing Meadows Corona Park in New York City's Queens borough, where he grew up.

A Detroit photographer and police officer are suing Trey Songz after the hip-hop artist allegedly assaulted them following a concert at Joe Louis Arena. A lawsuit filed in federal court on June 4 claims that Trey caused "serious head injuries" to Detroit Police Sgt. Robert Avery and photographer Andrew Potter after drinking and yelling at the men.

During his broadway show on June 19, Bruce Springsteen lambasted President Donald Trump's immigration policy separating children from their parents at the border. The musician criticized the "inhumane" treatment of the children before playing his song "The Ghost of Tom Joad" in protest. Trump revised his policy the following day following widespread outcry. 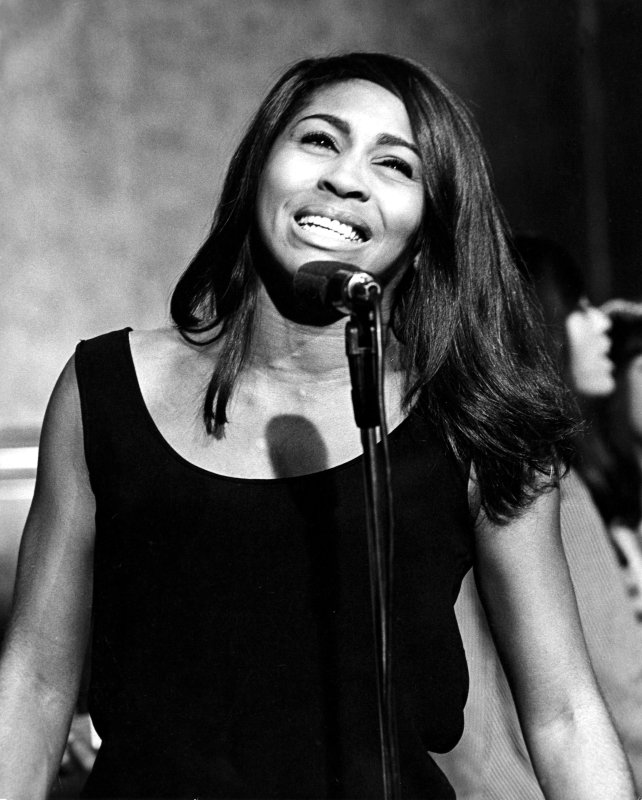