The 2018 reboot of "Charmed" sparked quite a bit of backlash when it was announced in 2017. In anticipation of the show's premiere on Oct. 14, 2018, Wonderwall.com is taking a look at the most controversial TV reboots, starting with the series about three sisters who are witches. Fans rejected the idea of the reboot when producers shared that none of the original actresses or writers would be involved. The '90s cast echoed fans' concerns, voicing their displeasure in interviews and on social media. "I will never understand what is fierce, funny or feminist in creating a show that basically says the original actresses are too old to do a job they did 12 years ago," Holly Marie Combs wrote on Twitter. New "Charmed" star Sarah Jeffery hit back with words of her own, insisting the reboot, which stars three women of color, would "bring current, timely themes to the forefront." Things have since calmed down, with OG star Alyssa Milano telling Entertainment Weekly, "I do hope that it reaches the newer generation and impacts that generation the way ours was able to do for its generation." Keep reading to see which other TV reboots have caused a storm of controversy…

When ABC executives announced that a revival of "Roseanne" was hitting TV screens in 2018, people were furious. The show's leading lady, Roseanne Barr, faced backlash for years of controversial photos, inflammatory statements and her open support of President Donald Trump. Then Roseanne posted a racist tweet that got her fired and killed the reboot. In May 2018, she wrote, "Muslim brotherhood & planet of the apes had a baby=vj," in reference to former Barack Obama adviser Valerie Jarrett, who's African American. A few hours later, ABC canceled the No. 1 show, permanently ending its relationship with Roseanne.

While ABC's relationship with Roseanne Barr was severed when it canceled her show, its relationship with the rest of the cast was not. Executives announced that a new "Roseanne" spinoff, "The Conners," would debut in the fall of 2018 with the original cast — minus Roseanne. Though the comedian doesn't have any financial or creative involvement in the spinoff, some critics were still livid that any form of her show would be returning.

Fans were initially excited for the "Lethal Weapon" TV reboot but the show has been marked by nothing but controversy since its debut in 2016. Clayne Crawford — who starred as Riggs — made headlines for his toxic behavior and angry outbursts on-set, which eventually led to his firing in May 2018. "American Pie" alum Sean William Scott was hired to replace him, and everything seemed to be going well… until the show's other lead, Damon Wayans, announced plans to leave the show, citing his age and health. "You have to look yourself in the eye and ask, who are you? It can't be all about work. I'm from a big family, a loving family. All the family gatherings, I haven't seen them. I'm too tired or I can't because it conflicts with work," he told Electronic Urban Report. "I have seven grandkids. I've been missing recitals and graduations. To me it's just not worth it. There is a better way to live life."

The "Buffy the Vampire Slayer" reboot hasn't even hit TV screens yet and it's already causing controversy. It was revealed in October 2018 that "Buffy" creator Joss Whedon is teaming up with "Agents of S.H.I.E.L.D." co-executive producer Monica Owusu-Breen to develop the revival, which will star a black actress in the titular role. Many fans immediately jumped on Twitter to voice their opinions, slamming the concept. Fans even booed when the reboot was discussed by "Buffy" star David Boreanaz at New York Comic-Con. "Come on, guys. It's a good thing. Let's just embrace [it]. I'm very happy for them," David said. "They want to embrace a new generation, something new… I'm all for it." OG Buffy Sarah Michelle Gellar echoed her former co-star's sentiments. "At the end of the day, it's all about great storytelling," Sarah told People magazine. "If a story lives on, then I think it should be told in any incarnation it can be told in."

The cancellation — and eventual revival — of "Last Man Standing" has faced a ton of backlash. The Tim Allen-led comedy was canceled by ABC in 2017, citing production costs. Tim felt differently, however, and believed the show was axed because of his conservative views and support for President Donald Trump. "There's nothing more dangerous right now than a likable conservative," he said at the time. "Last Man Standing" was picked up by FOX one year later and the reboot premiered in September 2018.

The "Magnum P.I." reboot is shaking things up in a major way and causing some controversy in the process. The 2018 revival stars Latino actor Jay Hernandez as Thomas Magnum, a groundbreaking move for network television. The showrunners also transformed the role of Higgins into a woman, with actress Perdita Weeks taking on the part. However, one executive producer's tone-deaf comments on diversity behind the scenes left some fans outraged. In August 2018, Peter Lenkov said that although he considers the "Magnum P.I." writers' room "very diverse," they didn't have any Latino writers because "it's incredibly hard to find writers." The next day, he took to Twitter to clarify that the show did, in fact, have one Latino writer. Messy!

The controversial ending to the "Gilmore Girls" Netflix reboot left some fans upset, others happy and many everywhere in between. In the final few moments of "Gilmore Girls: A Year in the Life," Rory tells her mother, Lorelai, that she's pregnant, but she doesn't reveal who the baby's father is. That frustrated many fans who were dying for answers. Is it Jess, Logan, new boyfriend Paul, the guy in the Wookie costume?! Considering that another season has yet to be announced, the world may never know.

Ah, the reboot that nobody asked for. Fans were left scratching their heads when ABC executives announced the revival of "American Idol" just two years after the show received the boot from FOX. The 2018 reboot starring Lionel Richie, Katy Perry and Luke Bryan as judges proved to be particularly forgettable, with fans criticizing the fluffy direction the show has taken. Debut ratings were down 23 percent from the original's farewell season premiere and finale, but "American Idol" was still renewed for a second revival season.

The "Hawaii Five-O" TV reboot was pretty drama-free until a pay discrepancy changed the entire cast. After seven years on the show, Daniel Dae Kim and Grace Park announced their departure in 2017 following issues over their salaries. The pair were seeking pay equity with their white co-stars, Scott Caan and Alex O'Loughlin. Sadly, CBS's final offer to Daniel and Grace was 10-to-15 percent lower than what Scott and Alex earn, which led to fan outrage and their eventual exit.

"Charlie's Angels" was a reboot that just couldn't find its footing. The 2011 revival, which was originally ordered at 13 episodes, was hated by critics and fans alike for its confusing plot, sub-par acting and useless action scenes. The backlash got so bad that ABC announced the series' cancellation after the fourth episode aired.

With reboots, there's always a chance the reimagining doesn't go over well with fans. That was the case with 2018's "She-Ra and the Princesses of Power." The animated superhero Netflix show released She-Ra's new look on Twitter in July 2018 and received instant criticism. Some fans, mostly men, complained that she wasn't as sexy, voluptuous or glamorous as she was in the original 1980s series. Many young women, however, praised the series for body positivity. J. Michael Straczynski, the co-creator of the original series, commented that She-Ra was written as "a warrior, first and foremost," and that "anyone who is looking back at [her] as the 'ideal woman' is doing so through the lens of prepubescent (since it was aimed at kids) interest…" Well, that settles that!

When "Dynasty" was rebooted in 2017, many fans of the original show were excited but a few thought the timing couldn't be worse. Critics argued that with so many people struggling financially in a difficult economy, the show's grandiose concept felt out of touch and insensitive. "I'll never watch this again. 'Dynasty' reminds you of all the bad ways in which the world has changed. It's not niche or interesting to have a soap opera about people who are merely undeservedly loaded any more," Times UK writer Hugo Rifkind said.

Nineties fans were tickled pink when a "Full House" reboot was announced in 2016, but their excitement was put on pause when it was revealed that one of the Tanner sisters would be missing. Fashion label moguls Mary-Kate and Ashley Olsen declined to reprise their shared role as Michelle Tanner on the Netflix reboot. The producers and cast speculated about Michelle's reappearance, even awkwardly breaking the fourth wall during episodes to address the twins directly. "Fuller House" was rocked by an even bigger controversy in February 2018 when creator and executive producer Jeff Franklin was accused of verbally abusive and sexually charged behavior. He was fired and subsequently replaced by Steve Baldikoski and Bryan Behar.

"MacGyver" should have been a fun reboot for '80s fans, but instead, the 2016 CBS revival left them feeling highly disappointed. The acting in the original pilot was so inadequate that CBS scrapped the entire thing and reshot the show with a whole new cast — keeping only Lucas Till and George Eads. Even with the subsequent reshoots, "MacGyver" was critically panned by reviewers and fans who referred to the series as "unnecessary," "clunky," "painfully cheesy" and "dull." 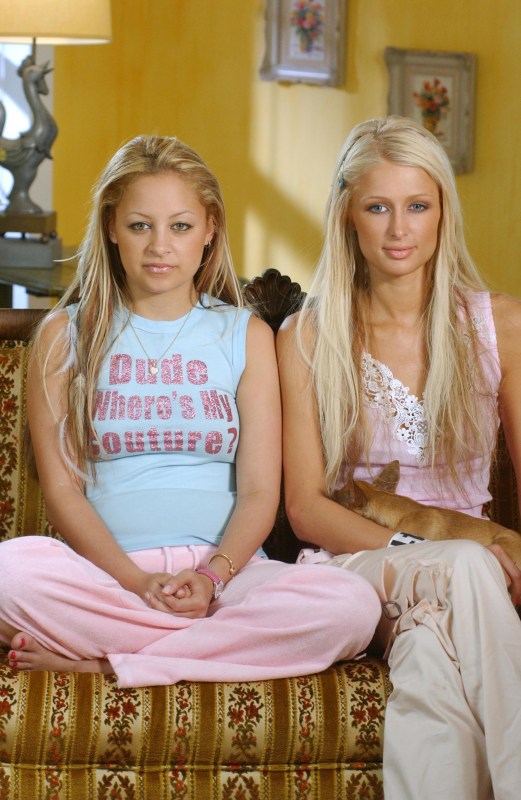 Up Next '00s Reality TV shows